You are here: Home / Disney Movies and TV / Thoughts on Melody Time 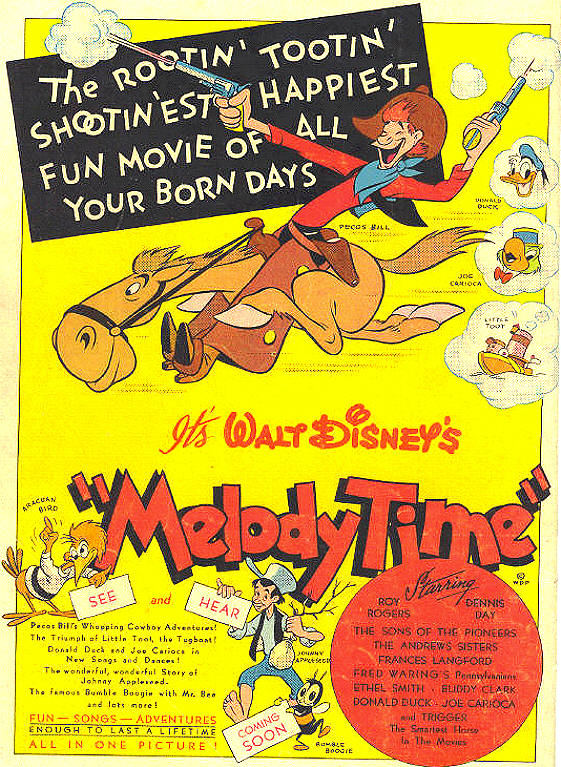 Highlights:  None of the shorts here were really awful.  Does that count as a highlight?  On the flip side, while they were all at least okay, there were none that I really enjoyed.  If I had to pick a favorite I suppose it would be “Little Toot,” about a young tugboat and sung by the Andrews Sisters.

Low points:  There were no shorts in this one that really stood out to me.  Johnny Appleseed was okay, but man is that story rather boring and drawn out.  Same with Pecos Bill – it just felt like it went on for way too long.  Blame it on the Samba features two of the three caballeros, and is just as trippy and odd as that movie is. 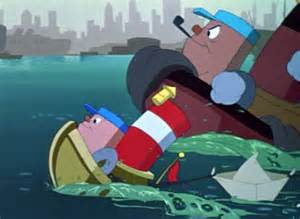 Music:  Like Fantasia, most of these shorts are songs with animation – some of them have narration in between too.  I really enjoyed the music from Johnny Appleseed, even if I didn’t find the story that interesting.  And I like the music of the Andrews Sisters so I thought Little Toot had good music as well.

Villain Rating:  None of the shorts have a strong villain in them – the conflicts in them are more about the characters themselves or unfortunate circumstances around them.

Fun Fact:  It took 50 years for Melody Time to be released on videocassette – you couldn’t get it for home viewing until 1998, though certain featurettes were available on other video collections. 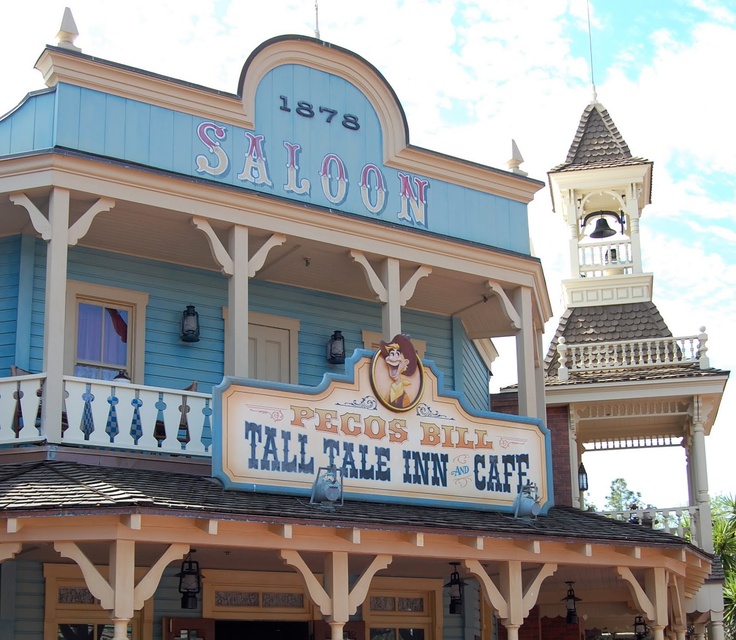 Where in the World:  In the Magic Kingdom you’ll find a counter service restaurant named after one of the characters featured in this film – Pecos Bill Tall Tale Inn and Café.  You’ll find western style foods like a barbecued pork sandwich and southwest chicken salad, in addition to burgers and the like.