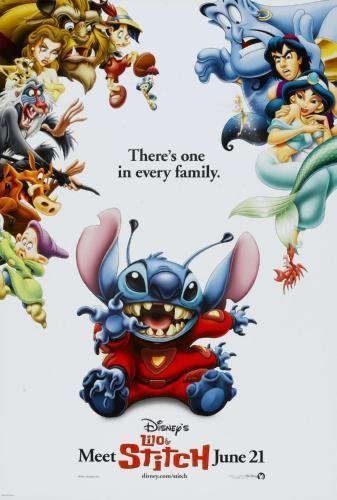 Highlights: While this was never a favorite of mine as a kid, it’s definitely grown on me. The plot is fun, and the movie was never slow.  They definitely kept it interesting. And the characters were unique, especially compared to other Disney movies.  It wasn’t the same type of predictable story line (for the most part) that we see with children’s movies.  There were also some good characters, especially the government social worker, who seems so scary at first but then turns out to be hilarious.

Low points: Okay, so this is probably because I’m a boring adult now and I work in a job that sees many different types of children regularly – and this is going to be hard to describe adequately – but I wasn’t thrilled with Nani’s “parenting.” I know the whole theme is that families are supposed to stay together, but she’s 19. She’s clearly not capable of raising her sister. Lilo has some serious issues that need to be dealt with by doing more than just getting a dog (she punches and bites another child, and is making voodoo dolls of her friends), and she should probably be in some sort of therapy. Not to mention Nani’s solution is get a dog and then immediately leave Lilo alone with said dog so she can work. She’s also trying to work a job and be a single parent while raising Lilo. I’m sure it would have made the movie much more boring but I would have liked to see a little more intervention or something – at least Bubbles provided some of that. 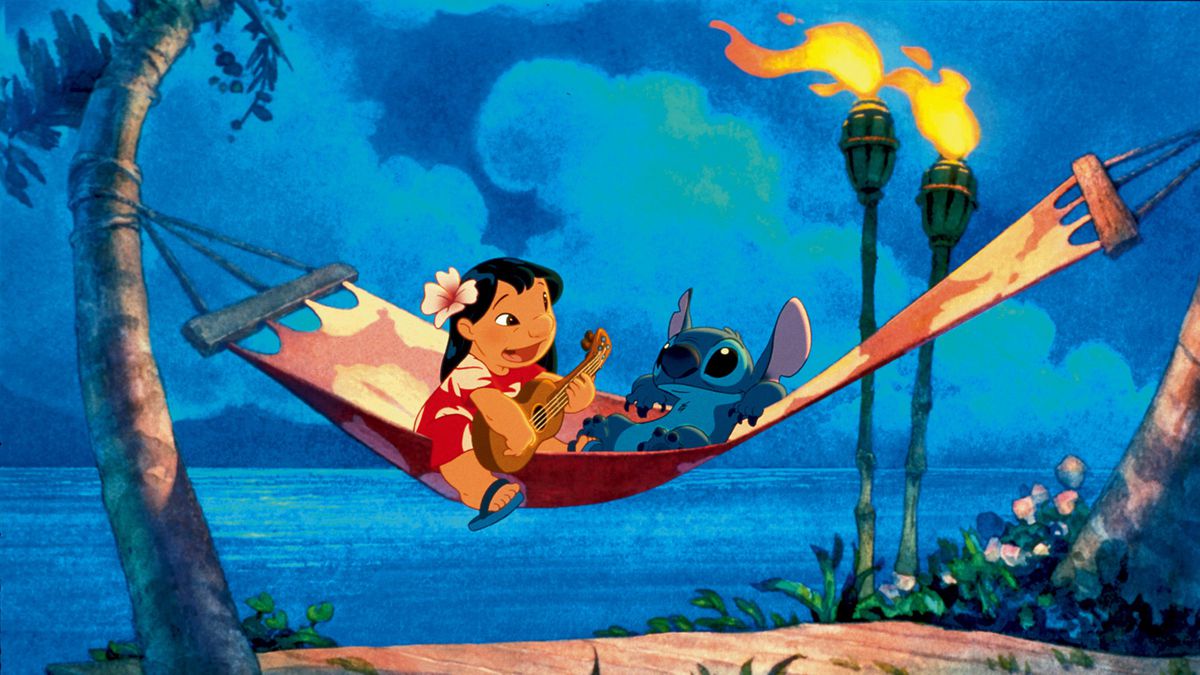 The Music: The soundtrack for this movie fits it very well.  There is a good amount of Hawaiian music, which makes sense.  Elvis also has a very large presence, and it works.  I don’t normally pay too much attention to soundtracks when the songs aren’t sung by the characters and really incorporated into the movie, but this one was really good.

The Villain:  The movie kind of tricks you in terms of determining who the villain is.  At first it would seem to be Jumba or Stitch, because they have endangered their race due to Stitch’s destructive existence.  In Hawaii, Cobra Bubbles, the social worker, at first seems to be the bad guy.  But once we realize that Stitch is actually quite lovable, it’s Gantu and the intergalactic federation that are the bad guys by trying to take him away!  BUT – when the federation realizes that he’s harmless, they allow him to remain there!  So really, everyone seems like a bad guy but then turns out to be pretty okay in the end.  Except for Gantu, so I guess he would be the “real” villain in all of this.  A very interesting way of treating the “evil” in the film, and more realistic than the typical wicked witch.

Fun Fact: The trailers for this movie were awesome.  There were a few of them, and they started with a typical scene from a Disney movie, such as Beauty and the Beast or Aladdin.  But then Stitch comes crashing in to wreak havoc.  It’s really cute. Watch them below – The Lion King one is my favorite!

Where in the World: At the Polynesian resort there is a restaurant called Ohana, which serves Hawaiian food family style, themed around the idea of Ohana and family in Lilo and Stitch.  In addition, if you do breakfast there you can meet Lilo and Stitch. Stitch is also doing meet and greets in Tomorrowland (he used to have a ride there called Stitch’s Great Escape but it was awful).

My Rating: I’d give this an 8 out of 10. It’s a cute, enjoyable movie, but it doesn’t hit my top favorites.

Have you seen Lilo and Stitch? What do you think of it?