You are here: Home / Magic Kingdom / 10 things you may not know about Splash Mountain 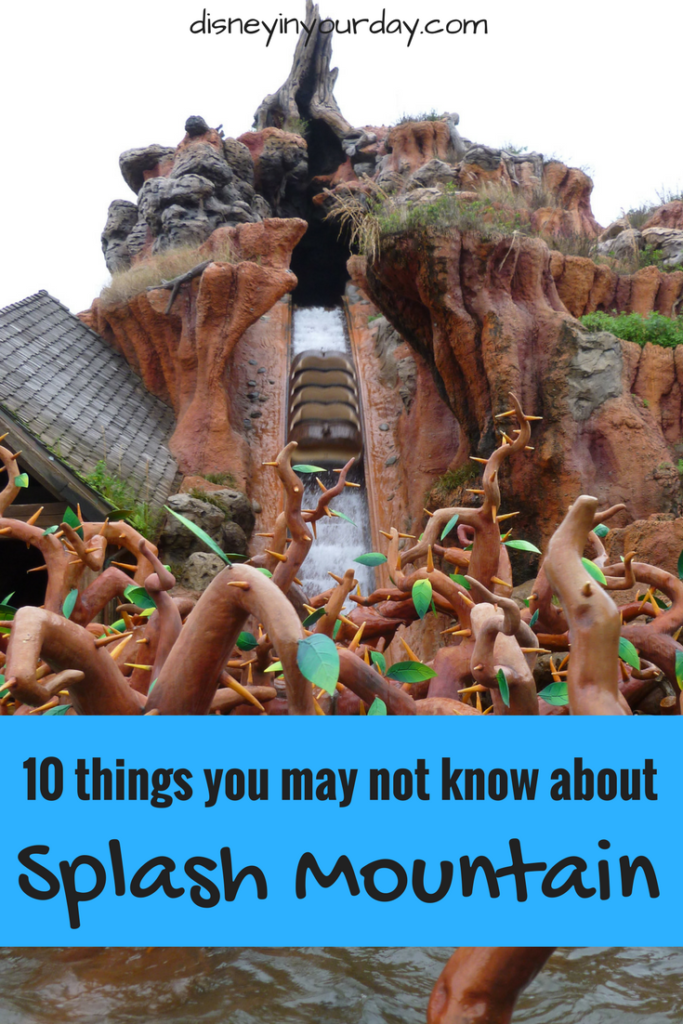 Welcome to this month’s Blogorail Red Loop. Today we are sharing some of the secrets you’ll find at Disney attractions.

Splash Mountain is one of my favorite rides in all of Disney World.  It’s an incredibly well themed log flume ride with catchy tunes and an exciting  drop at the end.  Today I’ve got some lesser known secrets about Splash Mountain to share!

1. A lot of people don’t realize this, but Splash Mountain is in fact based on a Disney movie – a film called Song of the South.  The reason why this isn’t made obvious is because the film has been quite controversial and Disney generally prefers to pretend it doesn’t exist.  The movie has been called racist and is said to portray black slaves in a very unrealistic way.  I’ve actually seen the movie myself and you can check out my thoughts on it here, back on my super old blog.  It’s been about 6 years since I’ve watched it so I’d like to give it a rewatch and share more updated information on this blog. 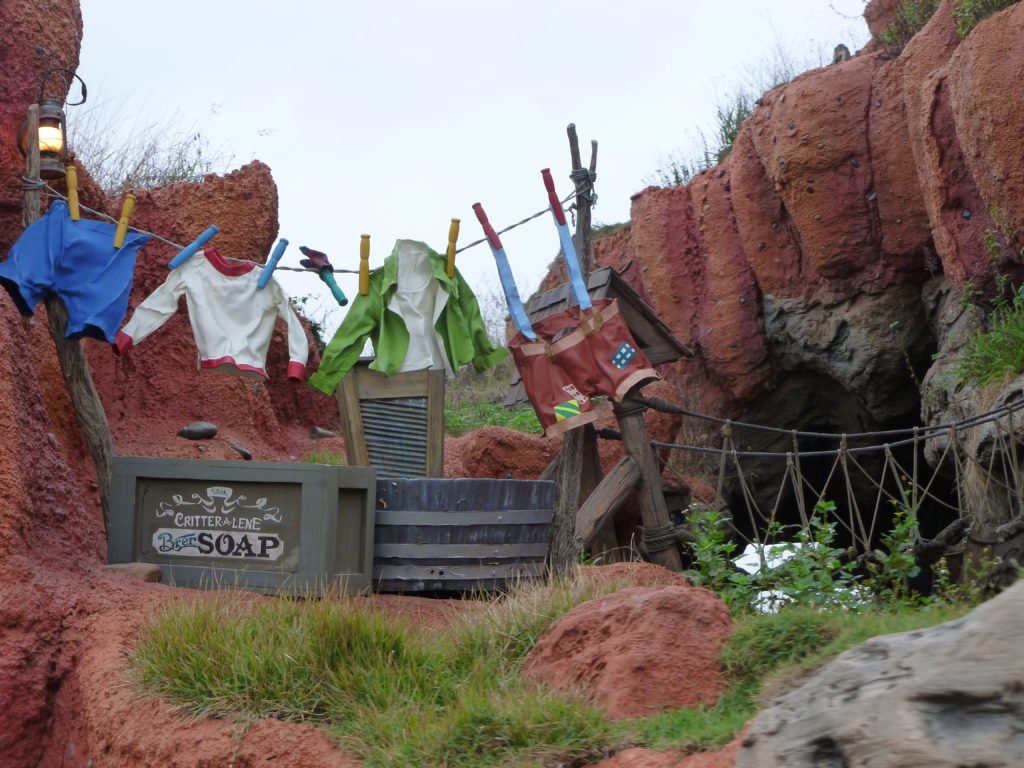 2. Back before 2011, the log flumes didn’t have any safety restraints.  And they weren’t added because of safety concerns in the logs, but because people were getting up out of the boats and trying to wander around the attraction!  The safety bars now help prevent that, and make people feel a little safer too when going down that big drop!

3. The name of the mountain itself that makes up Splash Mountain is “Chick-a-pin Hill.”  I wouldn’t exactly consider that a “hill”!

4. Even though Splash Mountain technically has its roots in the deep south and should be colored and themed more to an area like Georgia,  the way it’s decorated and themed gives it more of a feel of the Old West.  This is to fit in with the rest of Frontierland and to match Big Thunder Mountain Railroad. 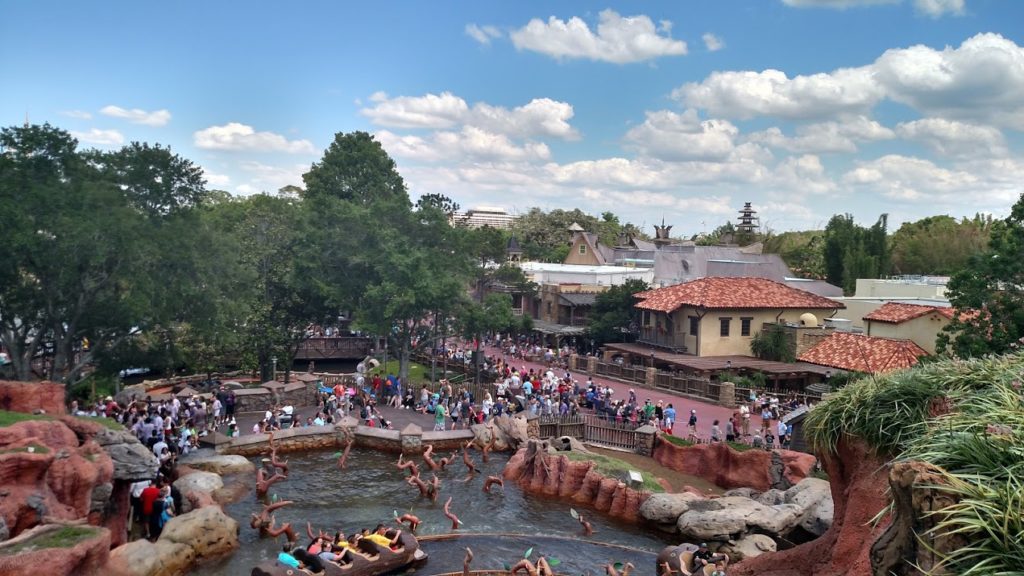 5. You might have walked right by it if you don’t have kids, but just outside of Splash Mountain is a playground area called The Laughin’ Place.  It’s a good place if you have some little ones who aren’t tall enough (or brave enough) to ride yet!

6. Right as you are going up the final climb of Splash Mountain, a gopher up top pops its head out and says “FSU!”  This was done by an imagineer who was a big Florida State University fan, to give a nod to his team.

7. If Splash Mountain is running at full capacity, there are about 50-54 logs in the water.  It’s a big, long ride! 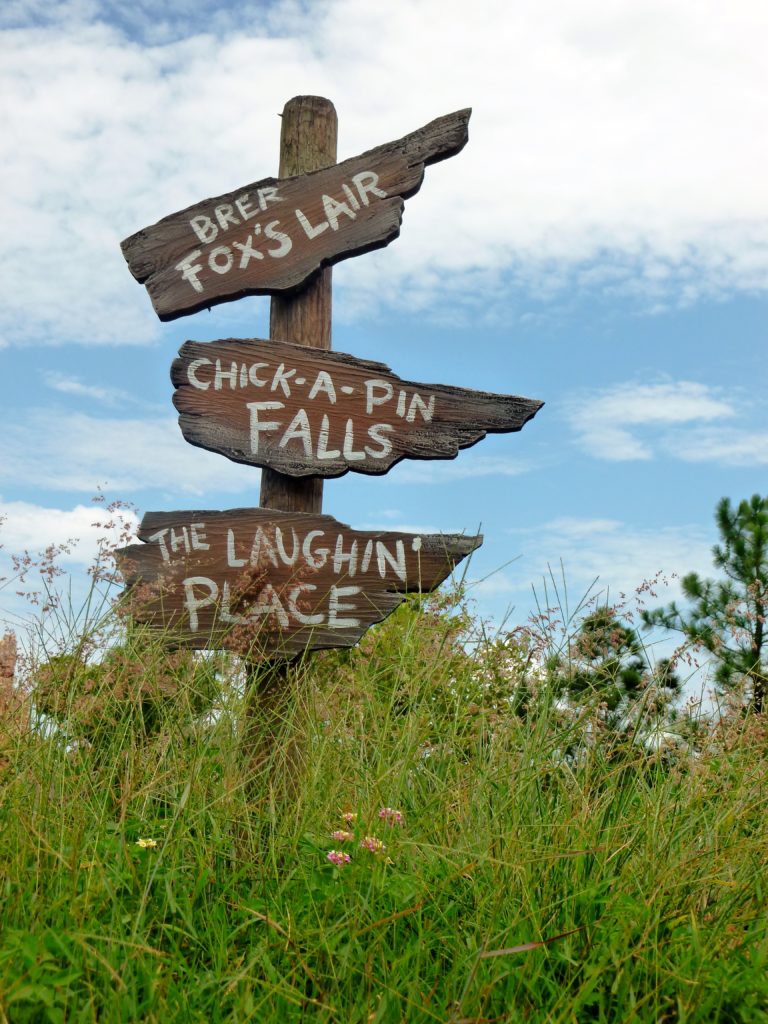 9.  The original name for Splash Mountain was going to be “Zip-a-dee River Run.”  Part of the reason why the name was changed was because Michael Eisner wanted to try and tie-in marketing for the upcoming film Splash with Tom Hanks. 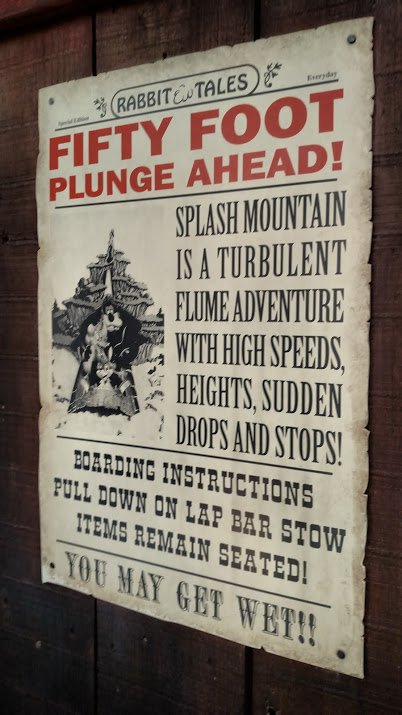 Did you learn anything new about Splash Mountain?  What’s your favorite fun fact?

For more Disney ride secrets,
check out the other great posts from the Blogorail!

Here is the map of our Magical Blogorail Red | Disney Ride Secrets Loop: