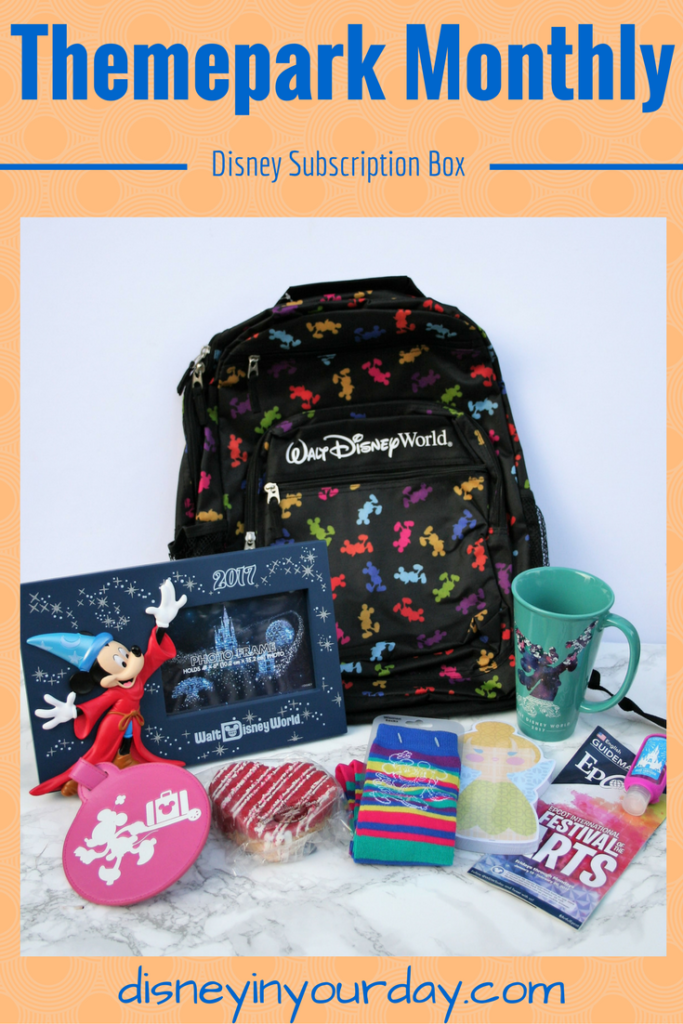 Today I’m happy to bring you another fun Disney subscription box!  This one is called Themepark Monthly and they have a lot of options.  A couple of things that make this box stand out to me: all of their merchandise is directly from Walt Disney World.  It’s not generic Disney stuff that you’d find in a local store like Target, it’s all theme park authentic.

Themepark Monthly also offers a wide range of different options.  There are boxes featuring pins, mugs, snacks, and general Disney merchandise.  If you’re a Harry Potter fan, you can also get a wand of the month box!  With more Harry Potter themed boxes planned for the future.  Boxes start as low at $8.95 per month and go up.  I was sent the theme park castle box to review.

It’s always an exciting day to get something like this in the mail, but I have to admit I was pretty blown away when I saw how much stuff was packed in here!  And not small, cheap little items.  Some really nice stuff that I was impressed with.  One of my favorite things to see was that there was some 2017 merchandise included – that stuff is pretty new to the parks and it’s always exciting to see/get something new!  Let’s take a look at what was inside: 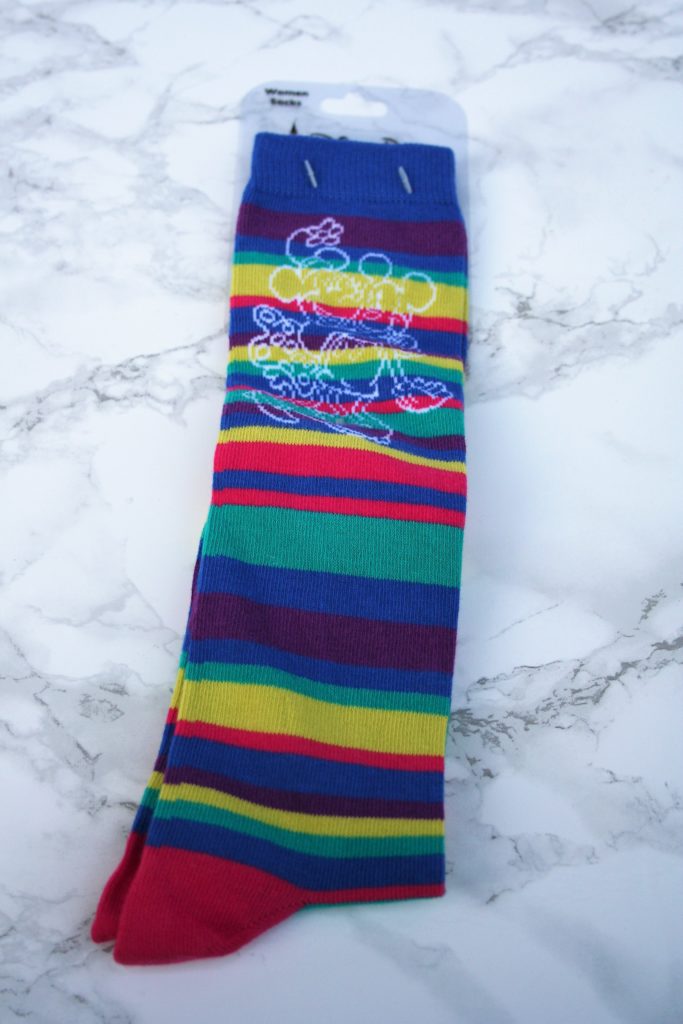 This adorable pair of rainbow socks with Mickey and Minnie on them.  They’re really cute and in fact, I’m wearing them right now.  I’m a sucker for bright, fun colors so these match my personality really well! 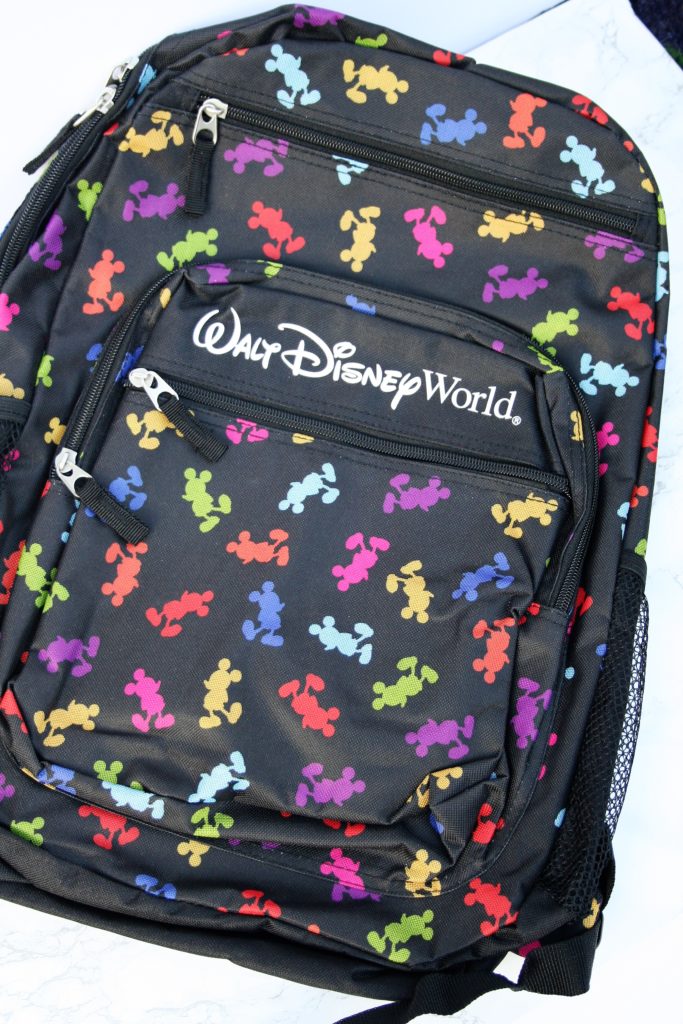 One of the largest items in the box was a Disney parks backpack decorated with brightly colored Mickeys.  This would be a great backpack to bring into the parks with you.   I really like how many pockets it has – I hate when a backpack just has one big pocket and then you have to throw everything into it, and then you can’t find anything.  This one has 4 separate zippered pockets, as well as a side pouch which you could use for a water bottle or something like that. 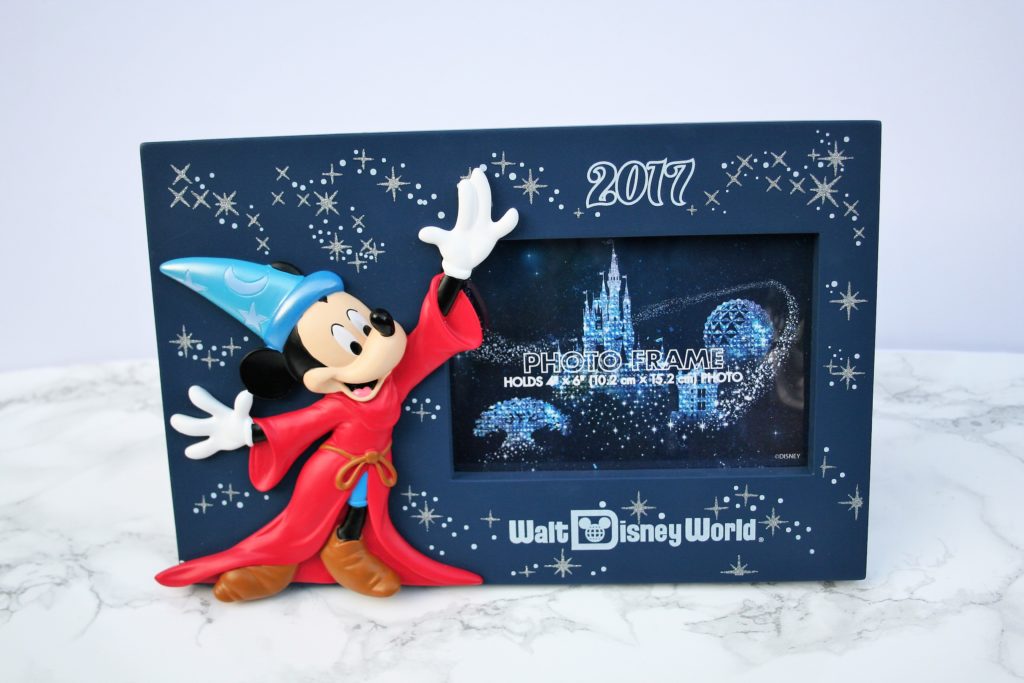 Another big ticket item in this box was a picture frame.  It has 2017 on it with Sorcerer Mickey, who seems to be the symbol for the 2017 merchandise.  It’s a really hefty, high quality frame with great detailing on it.  I can’t wait to pick out a good photo from 2017 to put into it. 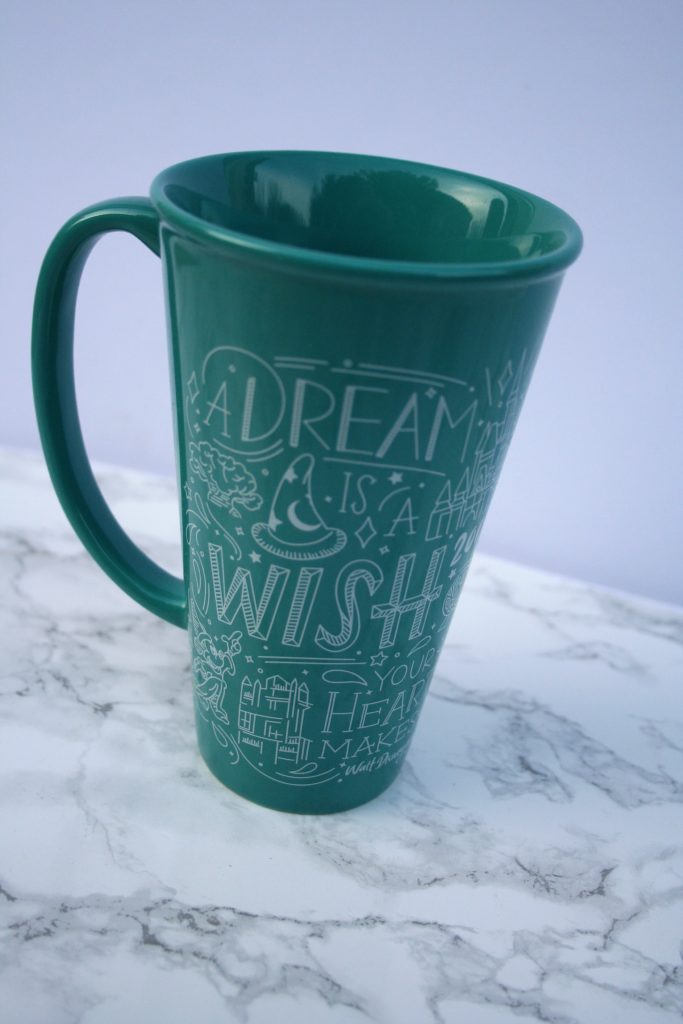 And if a subscription box wants to win me over, make sure to include a mug! 😉 I was, of course, very happy to see a mug.  Even more happy to see that not only was it a mug that I don’t have yet, it was one that’s pretty new to the parks as it’s one of the 2017 merchandise items.  On one side it says “A dream is a wish your heart makes” and on the other side has a pretty silhouette of Sorcerer Mickey. 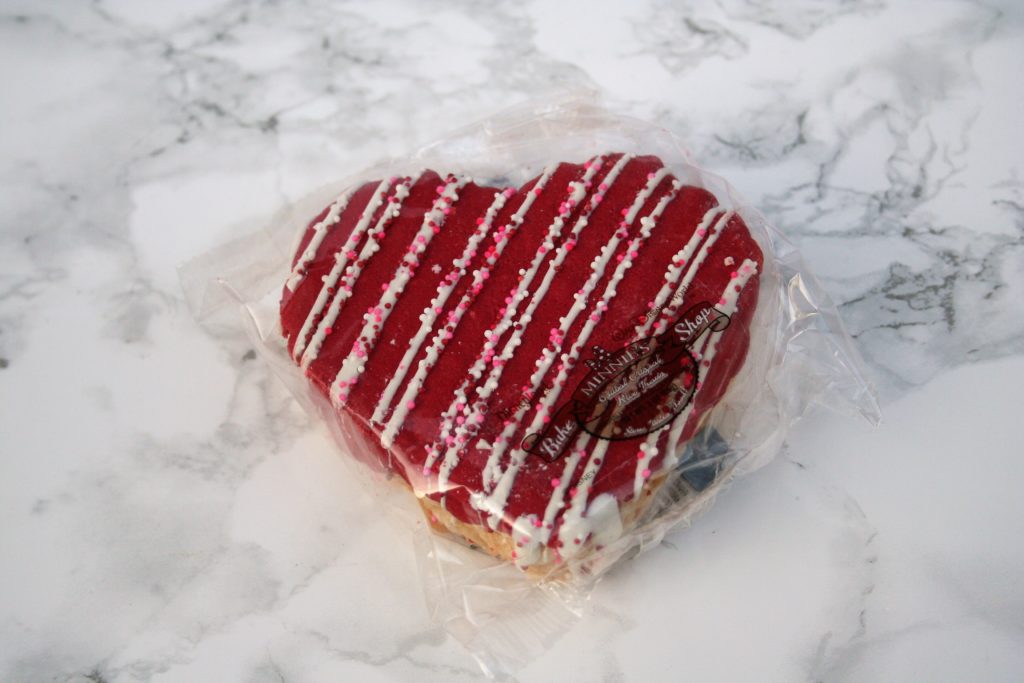 Of course, no box from Disney World would be complete without something edible in it!  And one of my favorite treats is a Disney rice krispie treat.  This one was shaped in a heart and arrived just in time for Valentine’s Day. 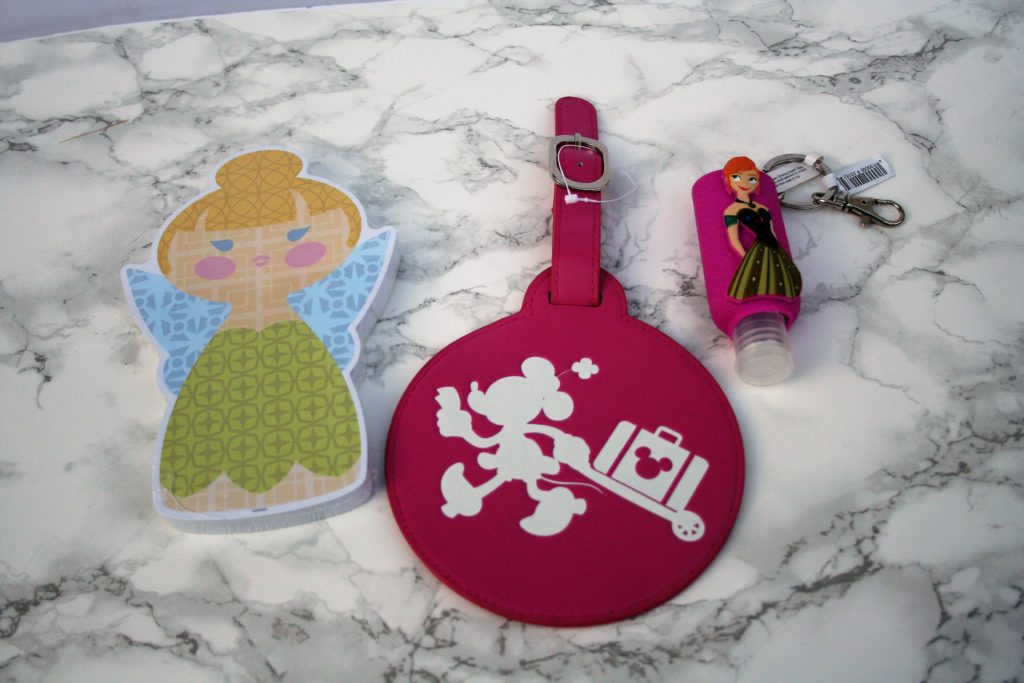 There were a couple of other small items in the box that were really cute too.  A tinkerbell notepad, which will definitely be useful.  I write down lots of things and go through plenty of notepads!  And how cute is this Minnie Mouse luggage tag?  It’s a nice big one so you’ll be able to spot your luggage easily with this on.  And then there was a a small anti-bacterial hand sanitizer in the cutest Frozen case.  I use plenty of hand sanitizer working with kids, and they’ll love to see the Anna case too!

Also included in the box was an Epcot park map.  I love seeing maps when I can’t be at Disney World to check out what’s new or what they’re advertising.  This one was especially good to see because it had stuff about the Festival of the Arts, which is new this year and sadly something I wasn’t able to attend.

Overall I found Themepark Monthly to be a great box and offered up everything they advertised.  I was so impressed with all of the stuff packed into that box.  It was a really nice variety and all stuff that I really liked and would use.  If you’re interested in trying it, use the code PIXIEDUST to get an additional item sent in your first box.  I would recommend you try it out today if you’ve been curious about Disney subscription boxes!

What’s your favorite thing in the Themepark Monthly box I received?