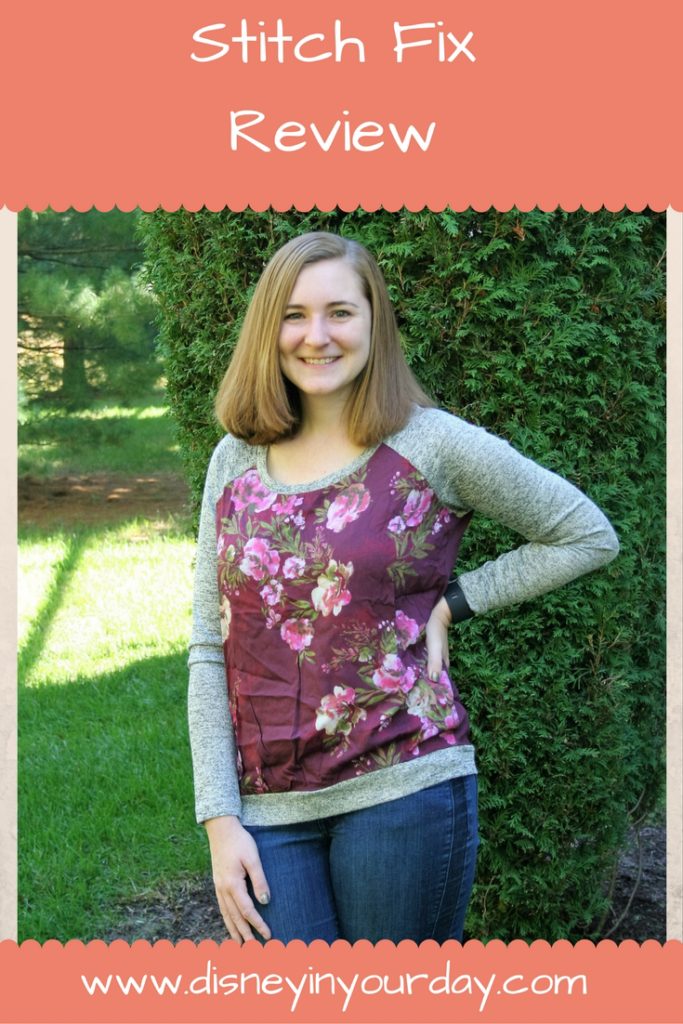 It’s been awhile since I’ve had a Stitch Fix!  For my May fix I ended up keeping everything in the box.  Because it was more than I normally spend on clothes I pushed back my next fix.  And then we were saving to go to Europe so I pushed it back even more.  Which means this is the first fix I’ve had in about 4 months, so I was excited to get back into it again!

Since we’d just come back from Europe I totally forgot to write any sort of note to my stylist.  Thank goodness that it was the same stylist I’ve had (Julie), and she’s so amazing and knows me so well that she sent stuff that I mostly really liked, fit my style, and was the sort of stuff I’d be hoping to get anyway! 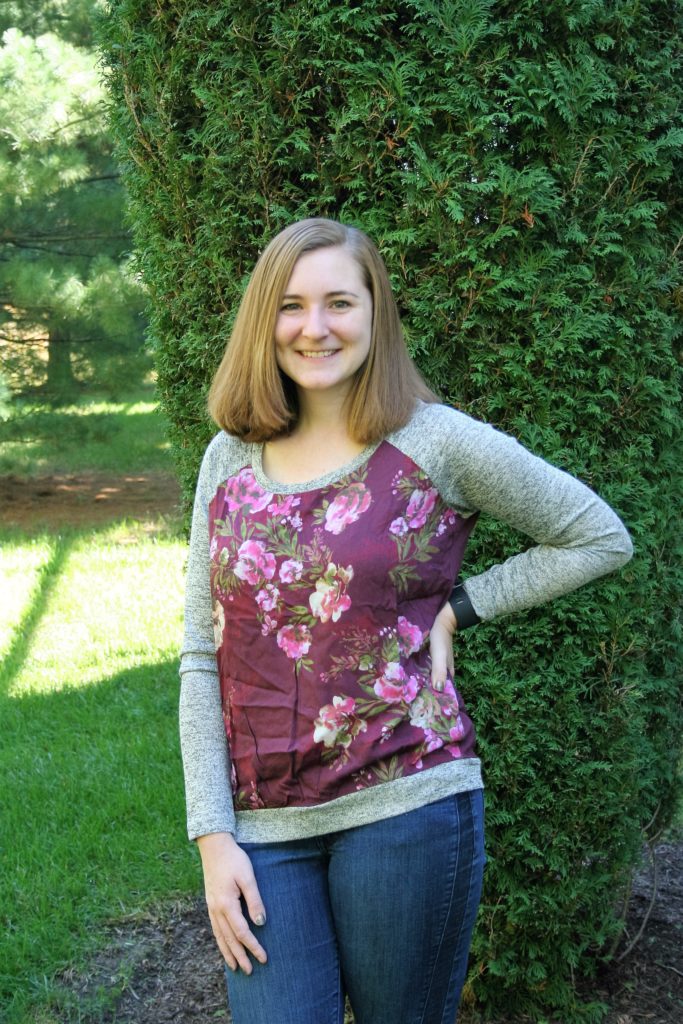 I’ve been in the process of cleaning out my closet recently, and one thing I am severely lacking is long sleeve shirts.  I don’t like really heavy long sleeved shirts because the temperature at work can change so much, but I still want some long sleeves for the winter.  This one fit the bill perfectly.  When I put it on, Jason said to me “I think you like that one.”  And I said, “Oh yeah, why do you think that?” And he said, “It just looks really you.”  It’s got a very pretty pattern so I’m happy to have received it, and this one is a keeper.

Another one that I liked right out of the box and was happy once I tried it on, too.  It’s a pretty pattern, versatile in that it could be dressed up or dressed down, and fit well.  I kept this one too. 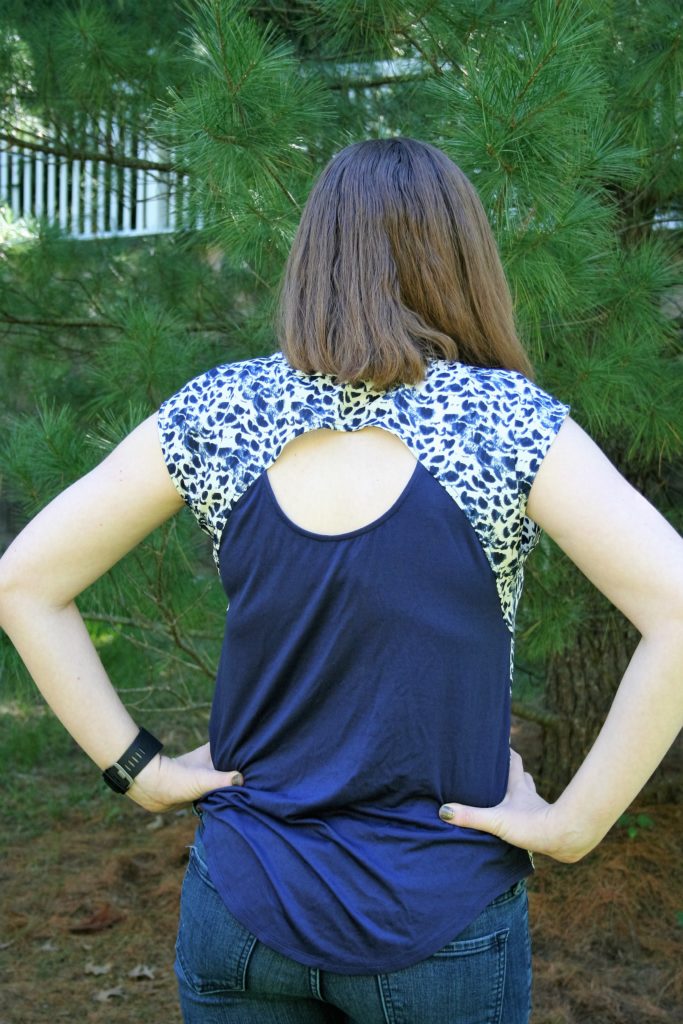 I like that it’s different on the back as well.  Here’s where you can see the mixed material coming into play, as well as a cute cut-out. 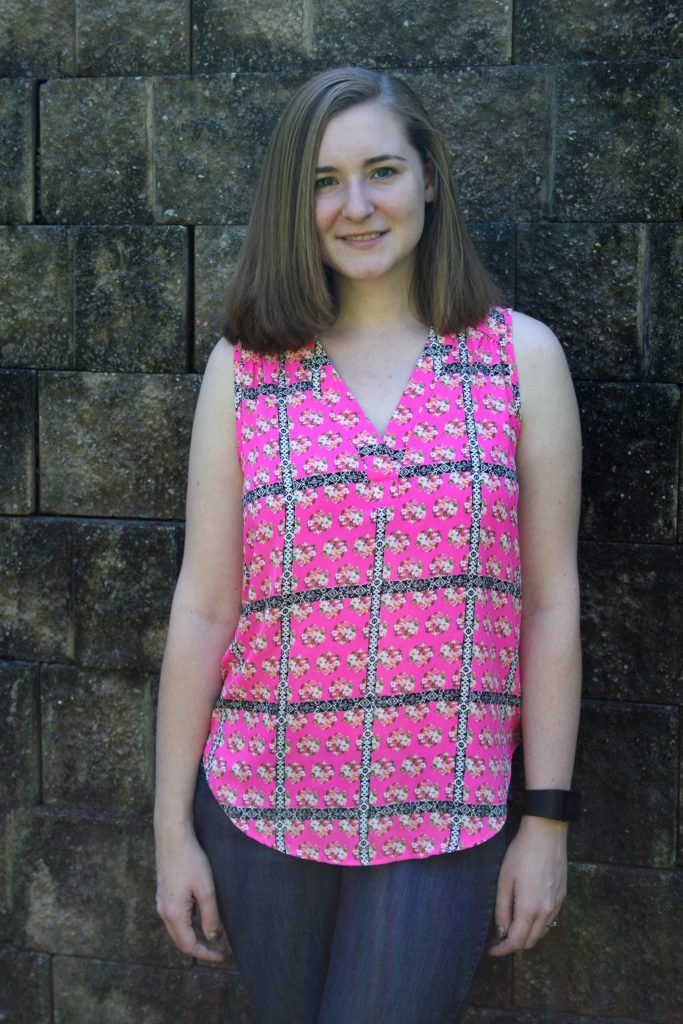 The style of this flowy tank top was okay, but I was not a fan of the pattern.  I’m really big on hot pink, and that combined with the stripes and the floral just felt like it had way too much going on.  I sent it back. 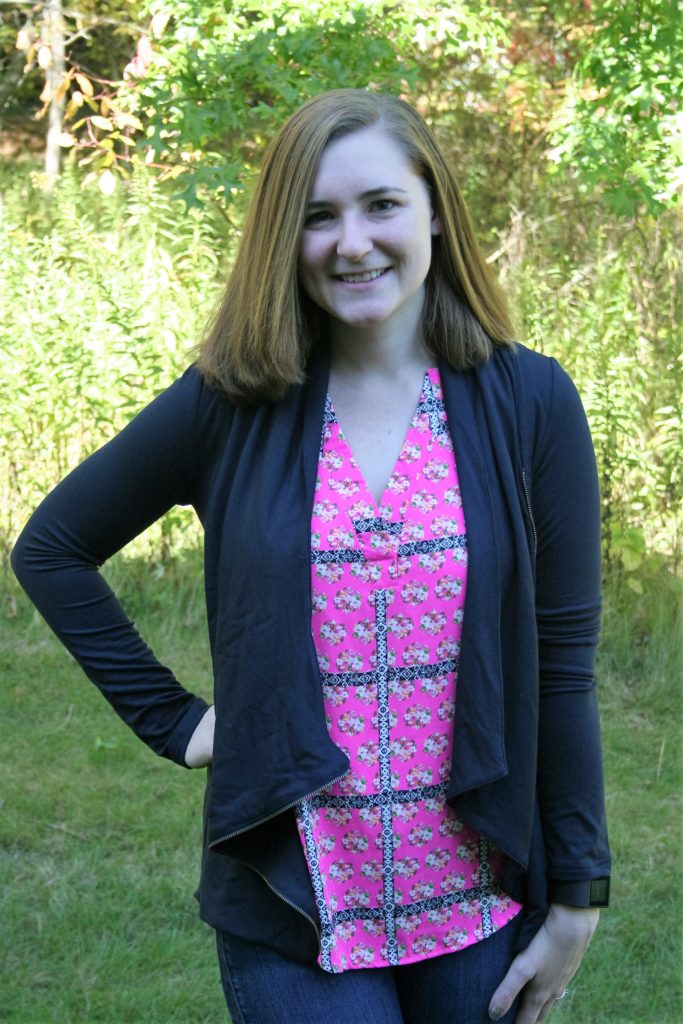 When I looked at what I had received in this box, I’ll be honest – I was most excited about this sweater because it was $37.  That’s one of the cheapest things I’ve ever seen from Stitch Fix, and especially for a sweater I thought it was a good price.  I’m so glad I liked it once I tried it on, too!  It’s a pretty heavy one, which will be good for the upcoming season, and it’s super soft too.  I really like how it looks open, but I’m still on the fence about the zipped up look. 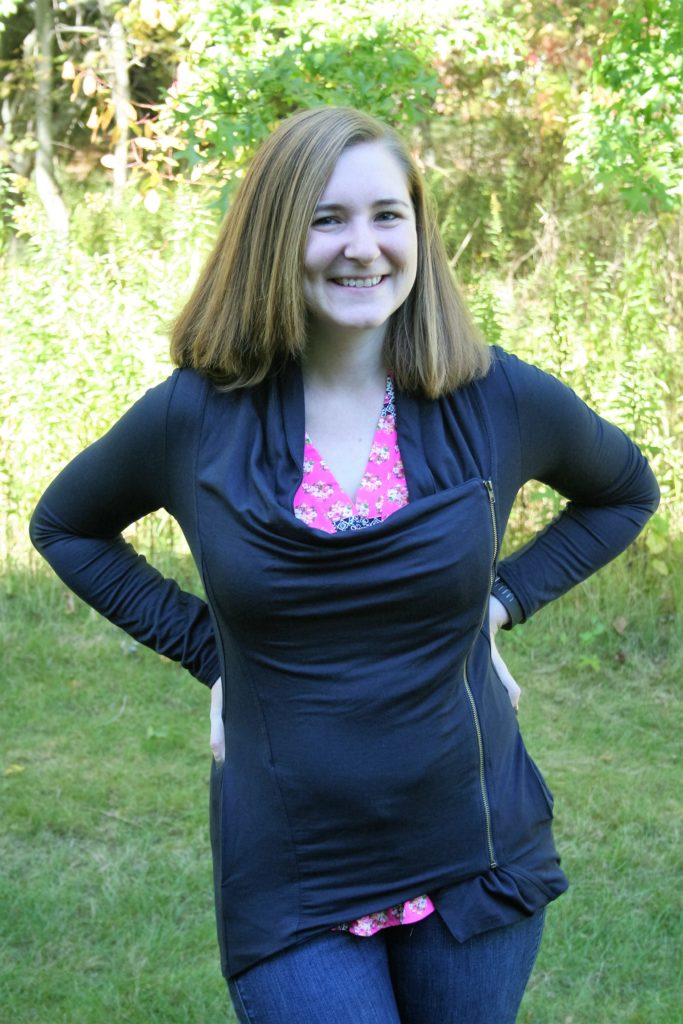 I think it could work if you have the right top on underneath.  I do like that I can create two different looks with it, and I have a feeling it will get a lot of use. 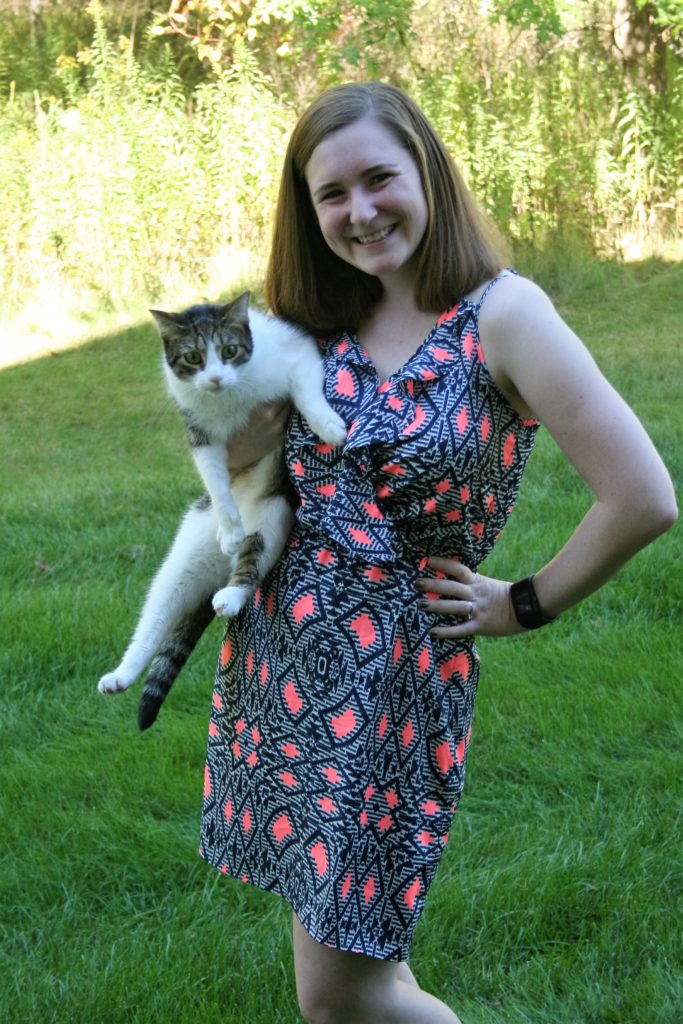 First of all – yes, my cat wanted to model with me.  Samwise was very intrigued by what we were doing, particularly with going outside to shoot!  He meowed at the screen door so I decided to grab him for a photo!  I think he’s probably more photogenic than I am 😉

Out of the box I liked this dress.  The pattern and style are definitely me.  I liked it once I tried it on, too, but I don’t know that I was in love with it.  It fit well but a lot of times dresses with an elastic waist can look a bit off on me, especially as the elastic moves around during daily activities.  It was also a very light dress, clearly a sundress, which meant that if I kept it I probably wouldn’t be able to actually wear it for another 7 or 8 months.  In the end I liked it, but I didn’t $78 like it, so I sent it back.

Overall I’m super happy with this fix, especially considering that I didn’t give any notes this time around!  Julie has really gotten to know me and my style.  With the exception of the pattern on the tank top, everything really felt like it worked for me.  I’ll be looking forward to my next fix in two months!

If you’re interested in signing up for your own Fix, I would love it if you’d use my referral link – it would give me a $25 credit to use on a future fix, and doesn’t cost you anything.  I used a friend’s link when I signed up for mine so I could help her out, so I know it’s much appreciated!

Check out my other Stitch Fix reviews here:

What was your favorite thing in my Stitch Fix box this time around?