You are here: Home / At Home / Shrimp and Penne Pasta recipe from the Grand Floridian Cafe 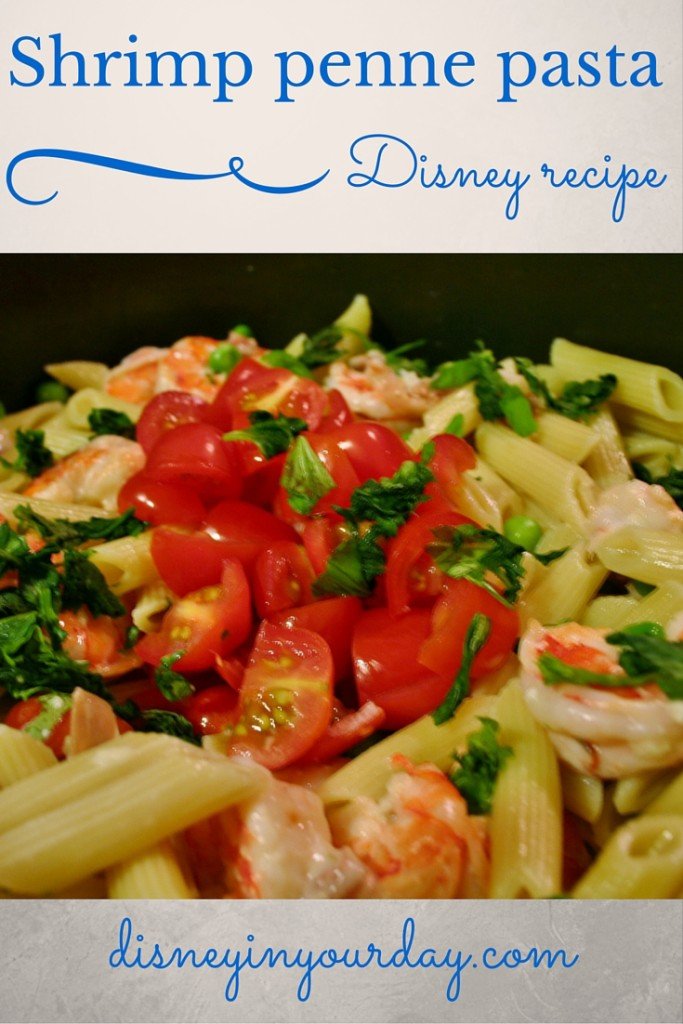 When I went to Disney for the Tower of Terror 10 miler, I had dinner before the race at the Grand Floridian Cafe.  Because I love a good pasta dish (before running and otherwise!) I ordered the one pasta meal they had there.  It was amazing!

I wanted to try and recreate it at home.  It seems that this dish has undergone a few changes throughout the year, so the version I created was a little different than what I had, but still delicious.  I found a base recipe from the Disney Chef and changed a couple of things in it – the biggest one being that I added peas, because I knew peas were a big part of the dish when I had it.  The sauce on Disney’s menu is described as Asiago cream, but I used Parmesan instead because it’s easier to come by.  Still delicious! 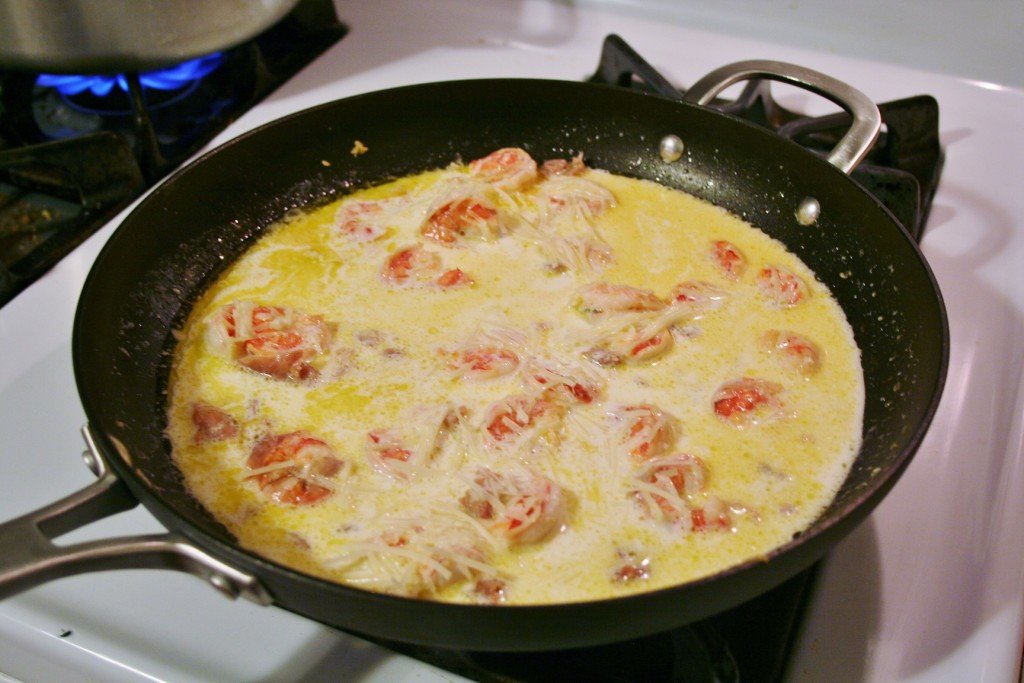 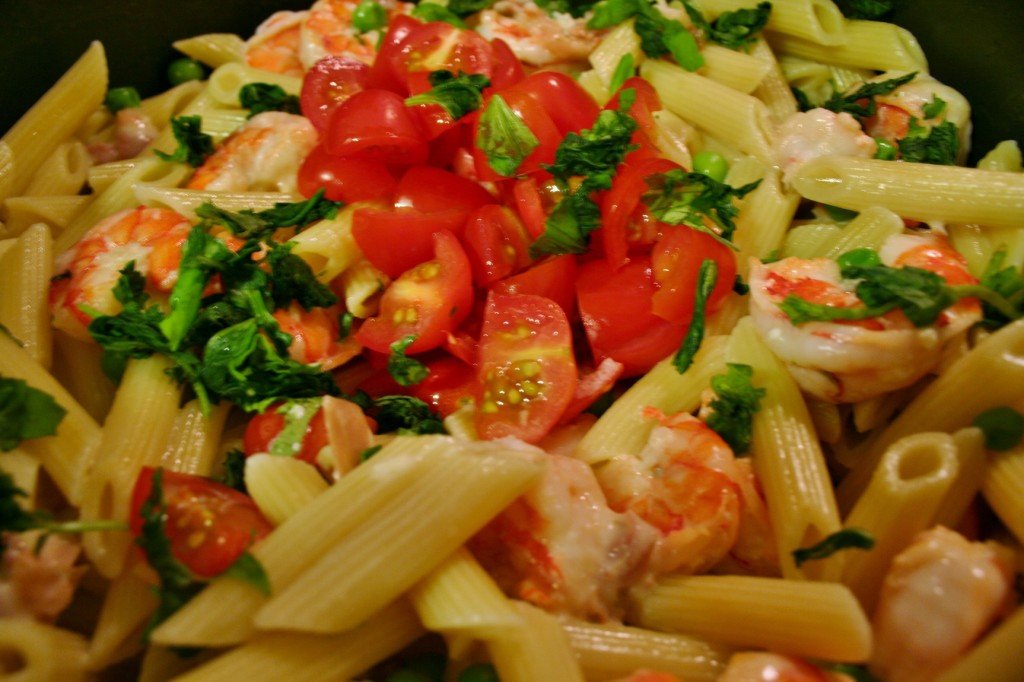 Cook pasta until al dente and drain.  Set aside and keep warm.

Warm olive oil in a large skillet or stock pot.  Add garlic, shrimp, and prosciutto and cook over medium heat for about 3 minutes, or until shrimp are pink, firm, and slightly opaque.

Fold in pasta to the shrimp and sauce mixture until prosciutto and shrimp are evenly distributed.  Toss in tomatoes, peas, and basil.  Season with salt and pepper and sprinkle with more Parmesan if desired.

Would you be interested in trying this at home?