Lately Disney has been introducing more resort run options in the mornings. These are short “fun runs,” with the most well known one being the Beignet Dash at Port Orleans French Quarter on Sunday mornings.  We were able to experience another one this past November at the Boardwalk – the Seaside Sprint Fun Run!

The Seaside Sprint is held every Friday morning and starts at 8:00am, with registration at 7:30am (you can also sign up ahead of time at the front desk).  It’s about 1.5 miles long and not officially timed, so it’s a great way to get some exercise in for the whole family!  The price is $15 per person and includes a pin and a coupon for a free Goofy Glacier. 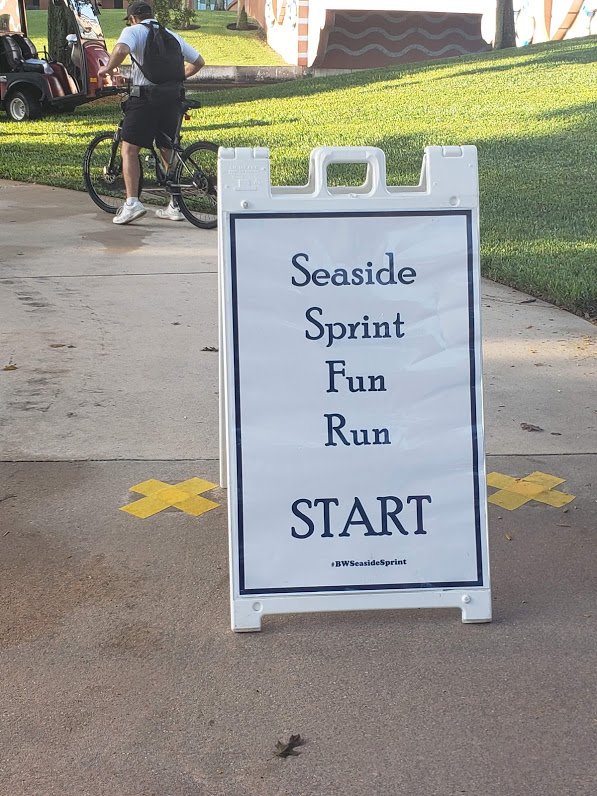 Registration was located in the area between Jellyrolls and Atlantic Dance Hall, which is also where the run began.  They seemed to have some difficulties or confusion with registration.  They had a device to scan magic bands but couldn’t get it to work. They also couldn’t take credit cards. We hadn’t brought cash so they ended up writing down our Magic Band number and room number and charging it later. We then filled out our waivers and got bibs where we could write our names.

The cast members here were nice, though I think they were a little more enthusiastic at the Beignet Dash!  The group that showed up to run was a bit smaller than the French Quarter one as well. I think there were about 25 people who did the Seaside Sprint that morning, compared to the about 40 who did the Beignet Dash when I did it.  The funny thing is that there are a lot of people who run around the Boardwalk just as their morning jog, and didn’t sign up for the run, so there were plenty of runners who weren’t actually part of our group (and didn’t get the cool pin and bib for running!). 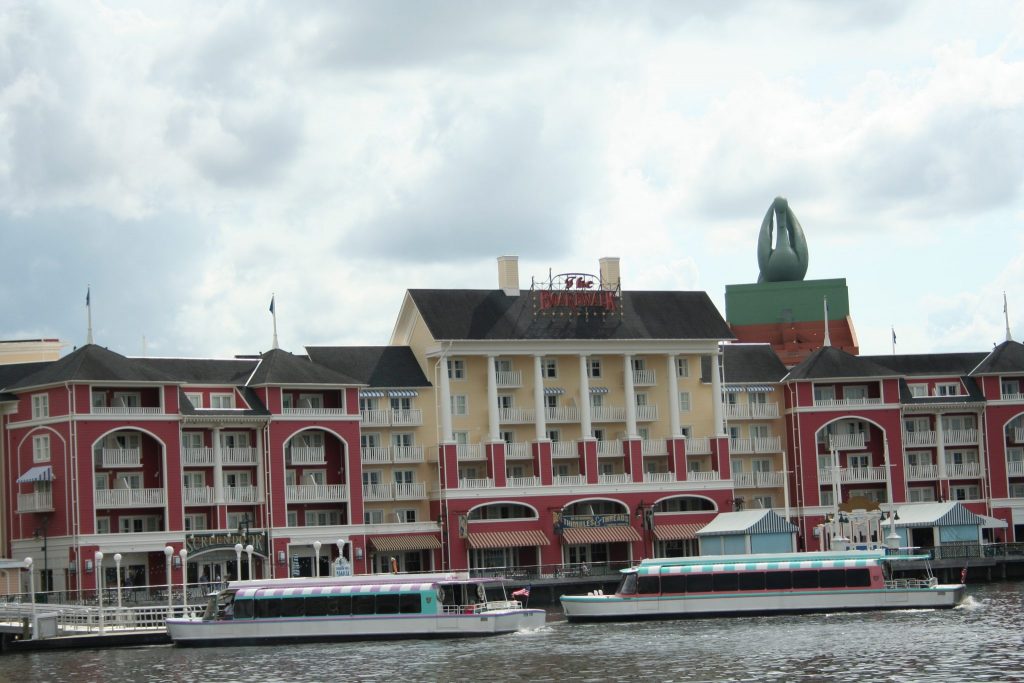 The course first went on the path down towards Hollywood Studios, though turned around and came back and around the Boardwalk. So you looped past the Beach Club and Yacht Club (right past Stormalong Bay) and then back around the Boardwalk until we were where we had started.  Cast members were stationed in a few areas to cheer us on and point us in the right direction. There was also a CM on a bike to lead the way.

I actually had one of the best runs of my life.  I’m normally at about a 10 minute/mile pace, though I’ve pushed it to about 9:35 for a 5k before.  Maybe it’s because I was happy to be running in warmer weather, or because I knew it was only a mile and a half so I could push myself, but I had a great time for me!  Even though it wasn’t timed and wasn’t official or anything (“fun run,” remember!) it still felt pretty cool to be the first female to hit the finish line and the second person overall, even if it was only out of 25 people. 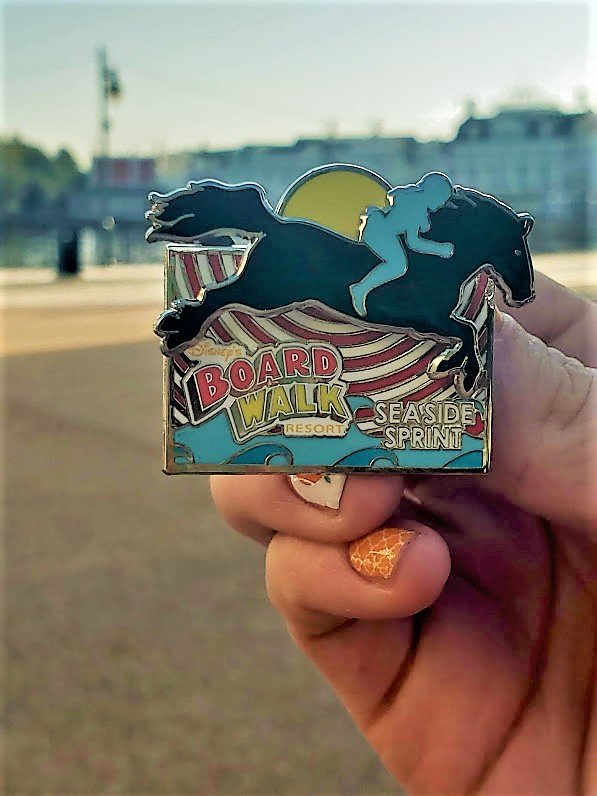 When we finished they had water, bananas, and cold towels for us, which was great. Even in November it was still pretty humid!  We also got our adorable pins.  They had a few photo props around that you could take photos with as well. 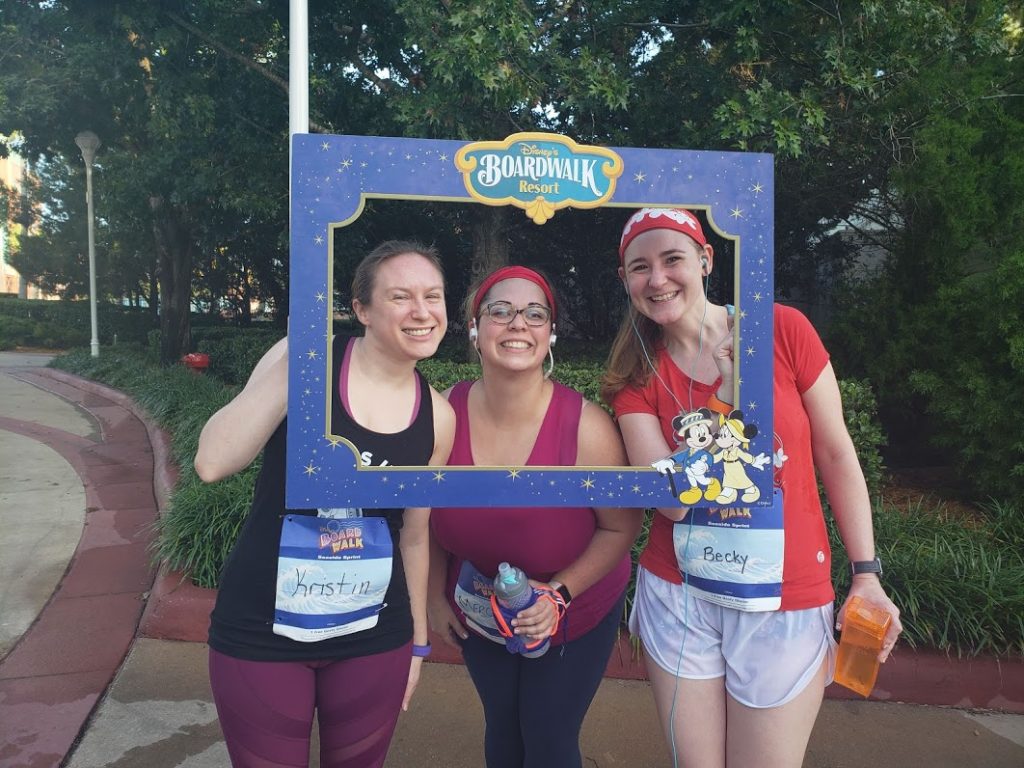 Attached to our bibs was a coupon for a free Goofy’s Glacier.  We decided to grab it at the Screendoor on the Boardwalk right away after the run because we were warm and it sounded like it would be a cool, refreshing treat.  I’m glad that we got to try it included with the race because now I know I don’t ever need to pay for one! I think they’d be the type of thing that is appealing to kids because it’s just extremely sweet.  You can mix whatever flavors you want. I even tried going with something that didn’t sound overly sweet (lemonade and blue powerade) but it was still too sugary.  I don’t even think I drank half of it. 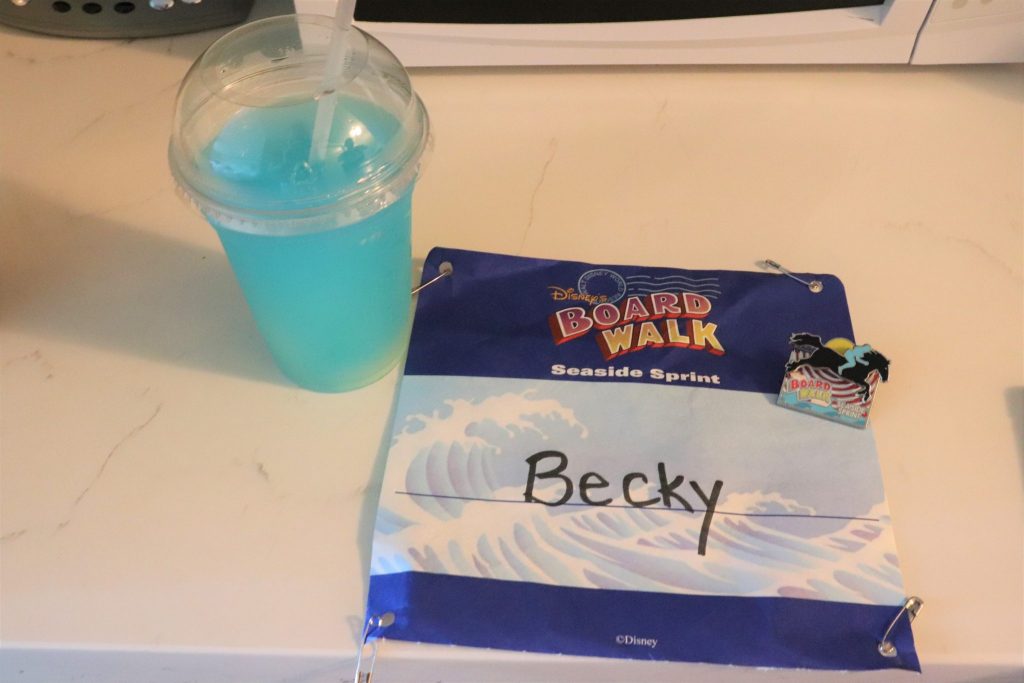 I’m so glad to be seeing more of these fun runs around the resorts! On trips where I’m not heading down for a RunDisney event it’s nice to still have a bit of an organized run with cast members cheering you on and a little prize at the finish line.  I hope I’ll be able to check out more of the resort runs in the future! 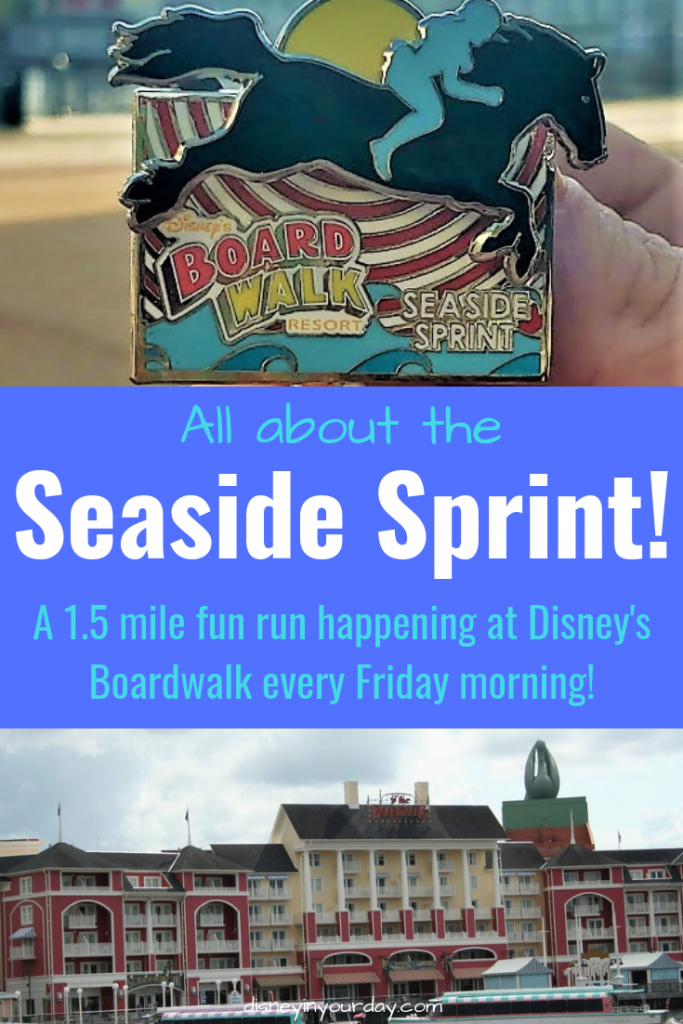 Have you heard of the Seaside Sprint and Disney’s Boardwalk? Does this sound like something you might want to do?