You are here: Home / At Home / Run the Vineyards 5k recap 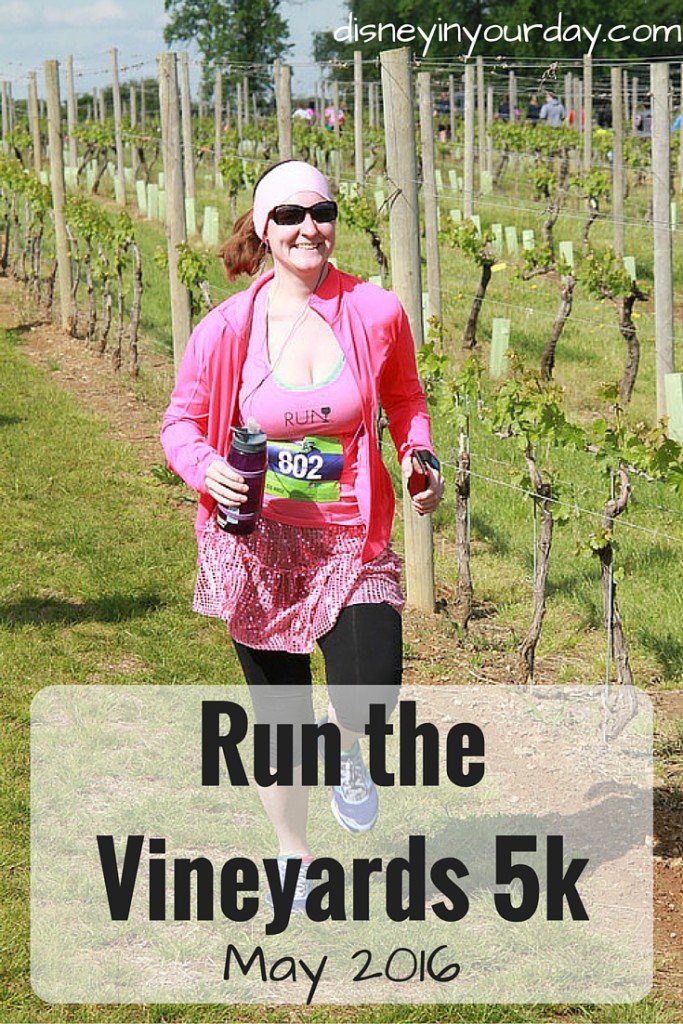 Sometimes (often) the best part of running is what’s waiting at the finish line.  It’s usually a medal for longer races, or sometimes it’s just knowing that Jason is there cheering me on and feeling proud of me.  But for the 5k I ran this past Sunday, there was wine! 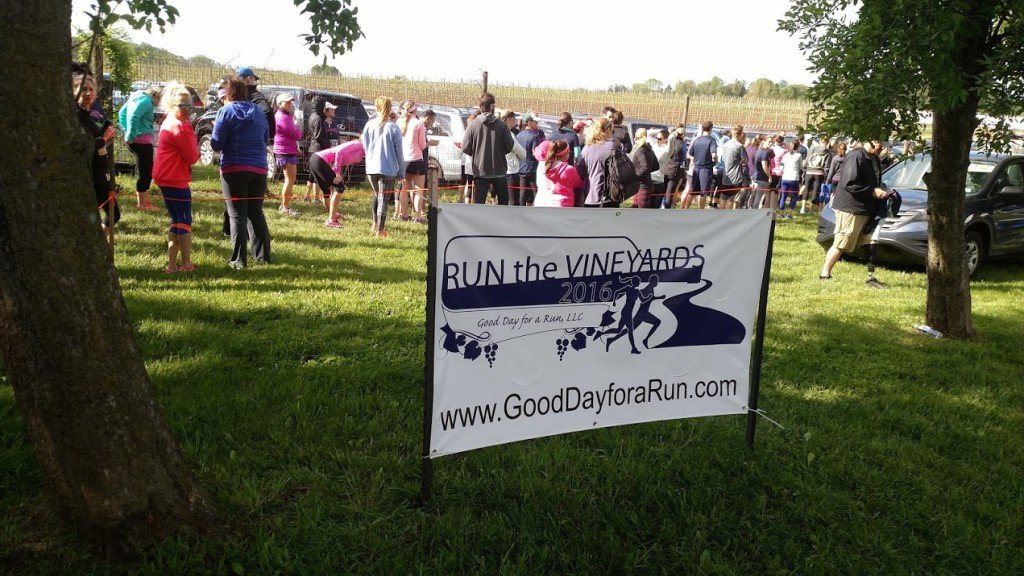 One of the perks of running the Run the Vineyard series, which is local to the eastern PA/NJ area, is that you get a wine glass instead of a medal and a free glass of wine once you’re finished.  The race I ran was the Wines and Vines 5k at Penns Woods Winery. 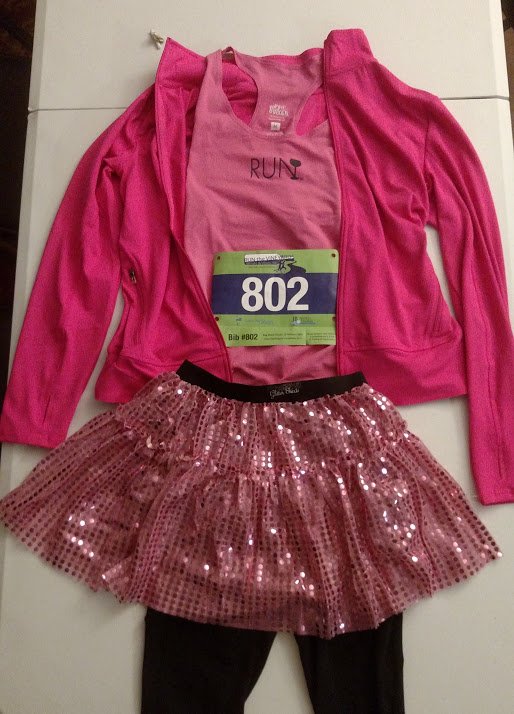 The morning I set out to do this 5k is was colder than it rightly should have been in mid-May.  I’d had an outfit planned with a tank top but I ended up going out to Target to buy a jacket to go over it the day before.  And I wore my pink glitter skirt – I love these skirts to run in and got so many compliments!  If you’re looking for a cute race outfit definitely check out Glitter Skirts, and use code “BECKY” for 20% off your order!

I think this is the most difficult course I’ve run, and that’s including the Red, White and Brew 5k last September with the giant hill!  The entire thing at the winery is on grass, which makes it difficult to run.  They also switched up the course this year from what it was last year.  Previously there was a section that went through the woods, so it was a more narrow dirt path.  Not ideal to run on by any means, but I think I preferred it to what we had instead.  They took us out toward the back of the winery up and down a number of big hills.  But the thing that really challenged me was the fact that portions of the hill were really sloped. I felt like I was running on a diagonal and was worried about twisting my ankle or something. 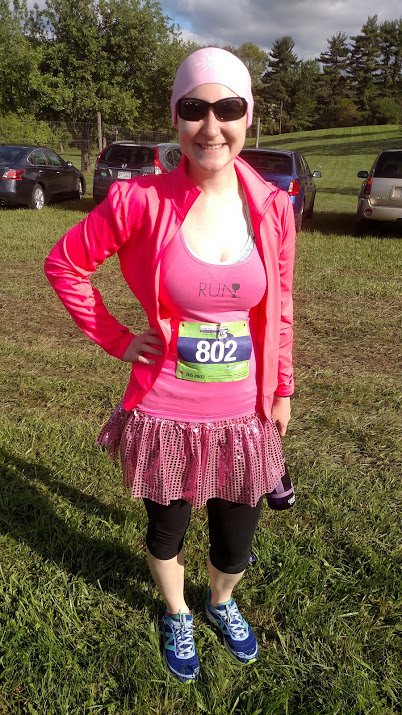 Luckily that part is only about 1/3 of the race, and the rest of it is through the winery and running past the vines, which is definitely scenic.  I go into this race knowing that it won’t be my best time by any means.  I finished the 5k at about the same pace I had done my 9 mile run the previous week, so that should tell you something.

As I’m running this difficult course I always think to myself: Why am I doing this? And then I get to the wine at the end and I remember.  They have a number of wines to choose from, but I went with the delicious and fruity sangria! 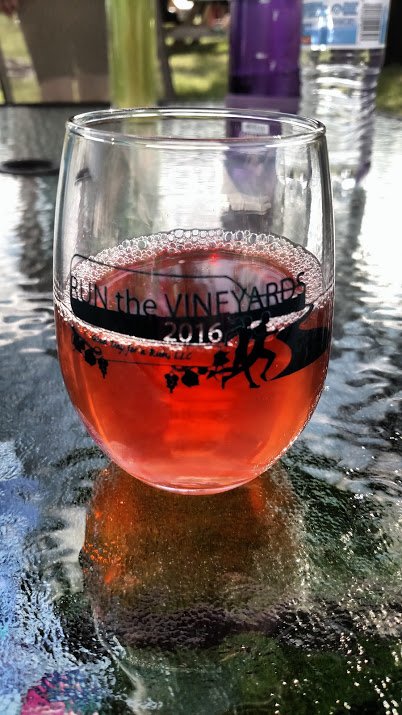 They also have some food vendors that come out – this year the pizza wagon was there.  And even though it was about 9:30 in the morning Jason and I decided to split a wood-grilled pepperoni pizza.  I’m not going to lie, pizza for breakfast was pretty good!

I will probably continue to do this race as long as I’m available on the day it happens.  They do an 8k in the fall but that generally tends to be a more busy time of year for me – plus I’m not sure if I’d want to do a longer distance there!

Would you run for wine?  If you’ve raced before, what’s the most unique race you’ve done?