You are here: Home / Disney World / Regatta Run at the Yacht and Beach Club

Please welcome back guest blogger Kristin D – today she is going to share her experience doing the Regatta Run, a fun run at the Yacht and Beach Club!

During my trip to Disney World this April, I was able to do the Beach Club and Yacht Club’s “Regatta Run.” It takes place at 8AM on Thursday mornings, starting at the marina, and is very similar to the Boardwalk’s “Seaside Sprint” that Becky wrote about previously. Like the Seaside Sprint, the Regatta Run is $15. You can either pre-register or pay at the starting line. 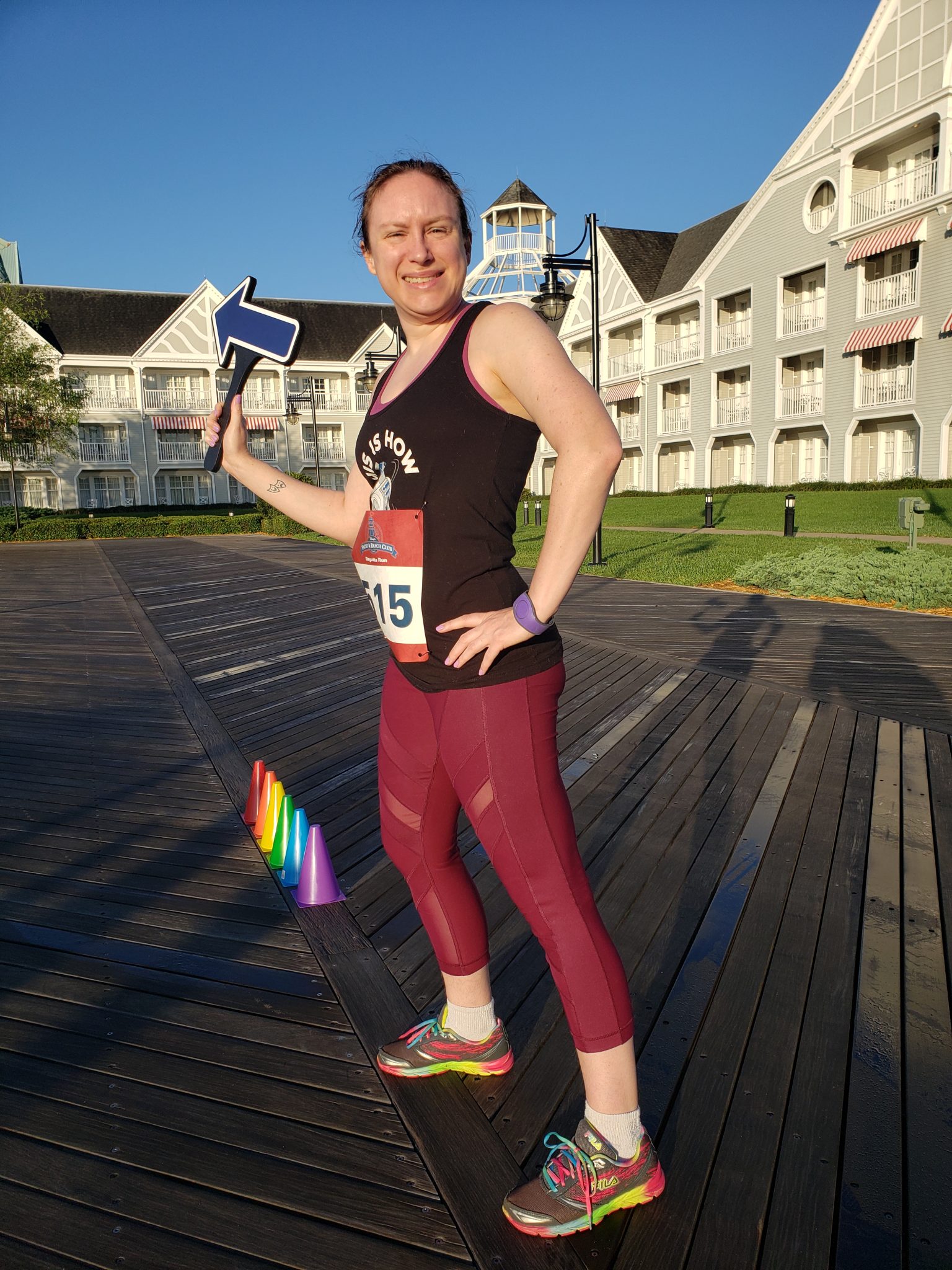 The course is supposed to be a 3K (1.8 miles) but my phone tracked about 1.6 miles, so I guess your mileage may vary (BAH-DUM-TISS). 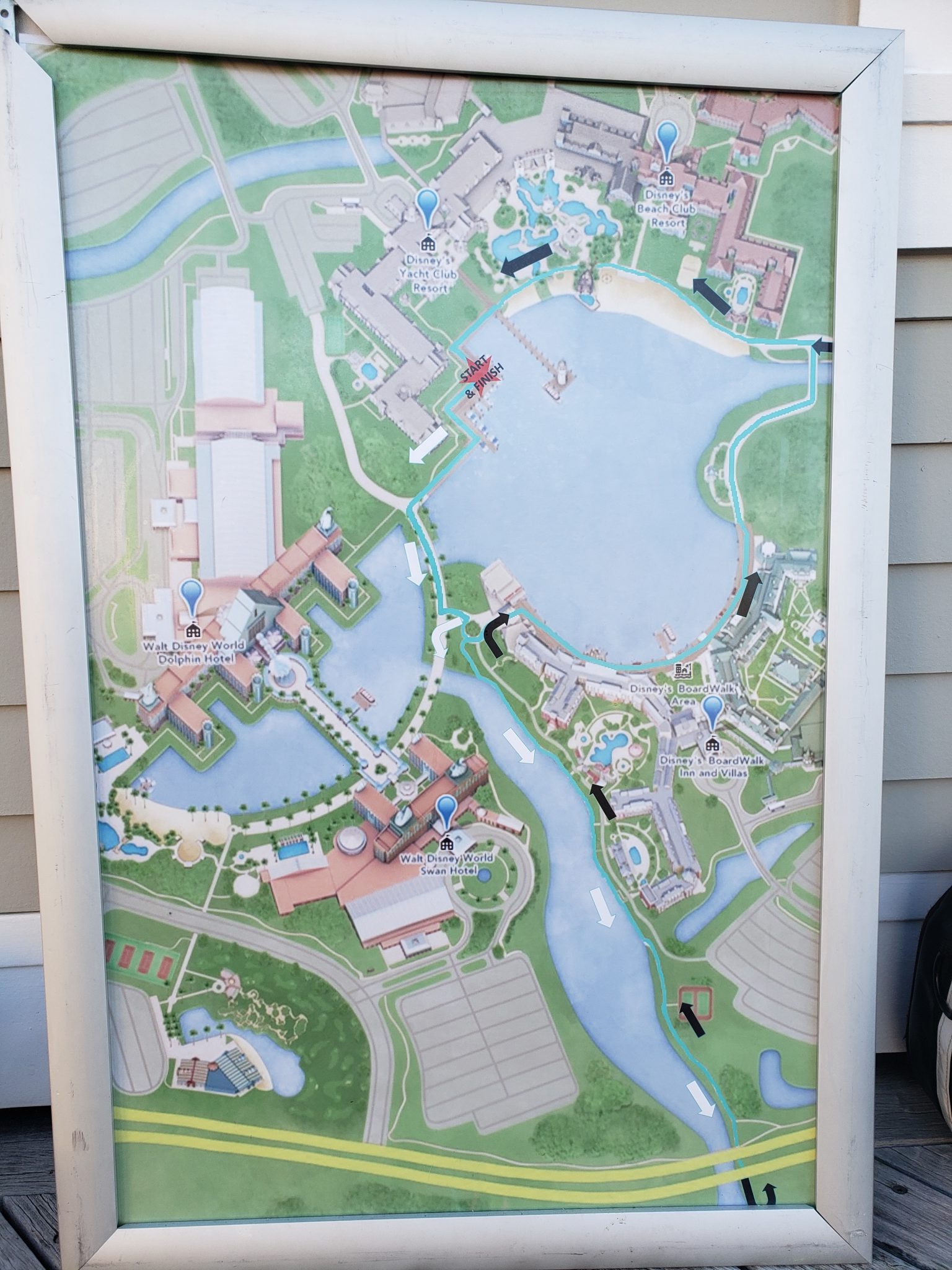 From the marina, you go over the bridge to the Boardwalk and then go along the walking path toward Hollywood Studios. The turn-around point is just after the overpass, and I was able to get a nice picture of the Studios from there. 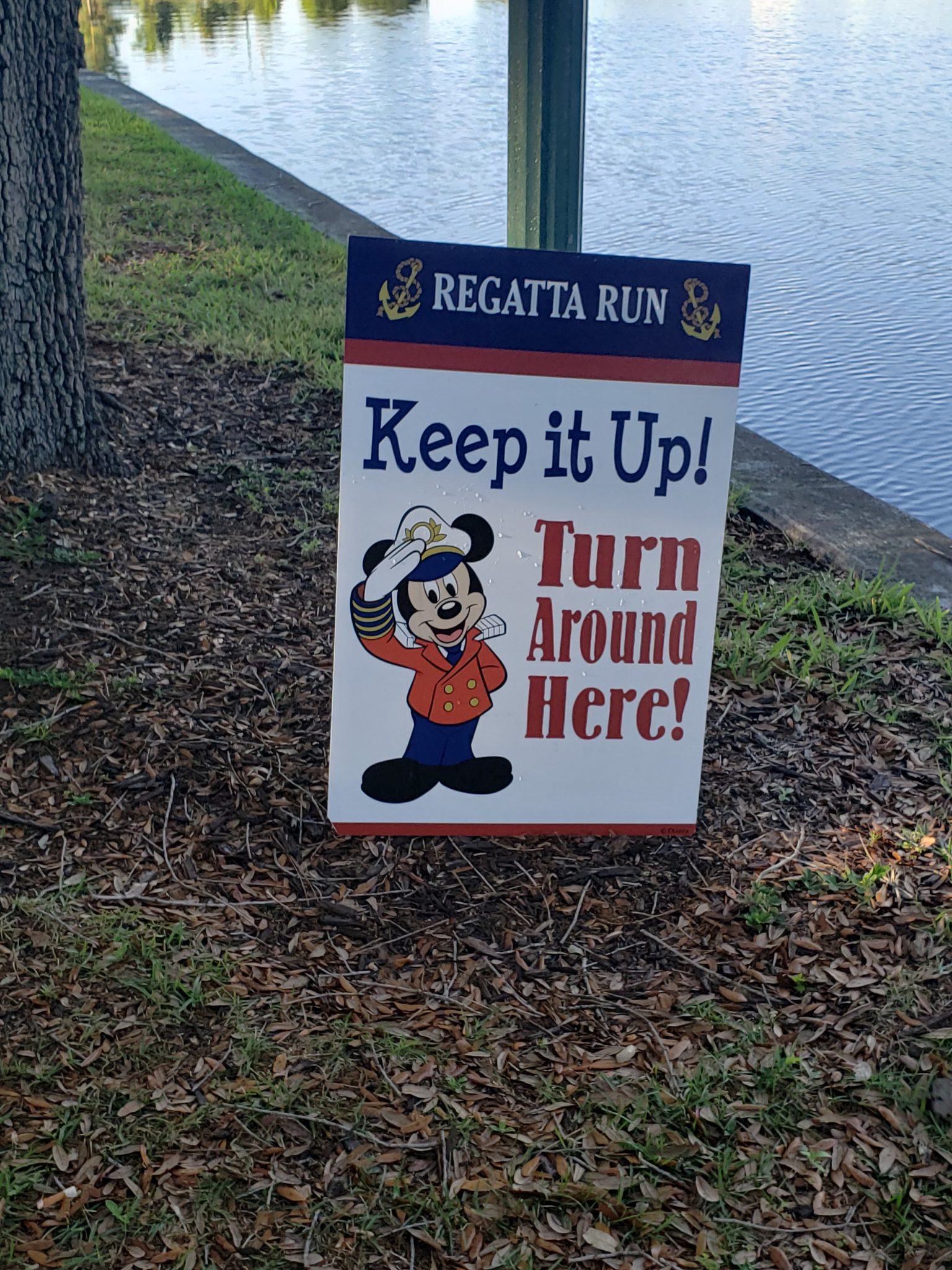 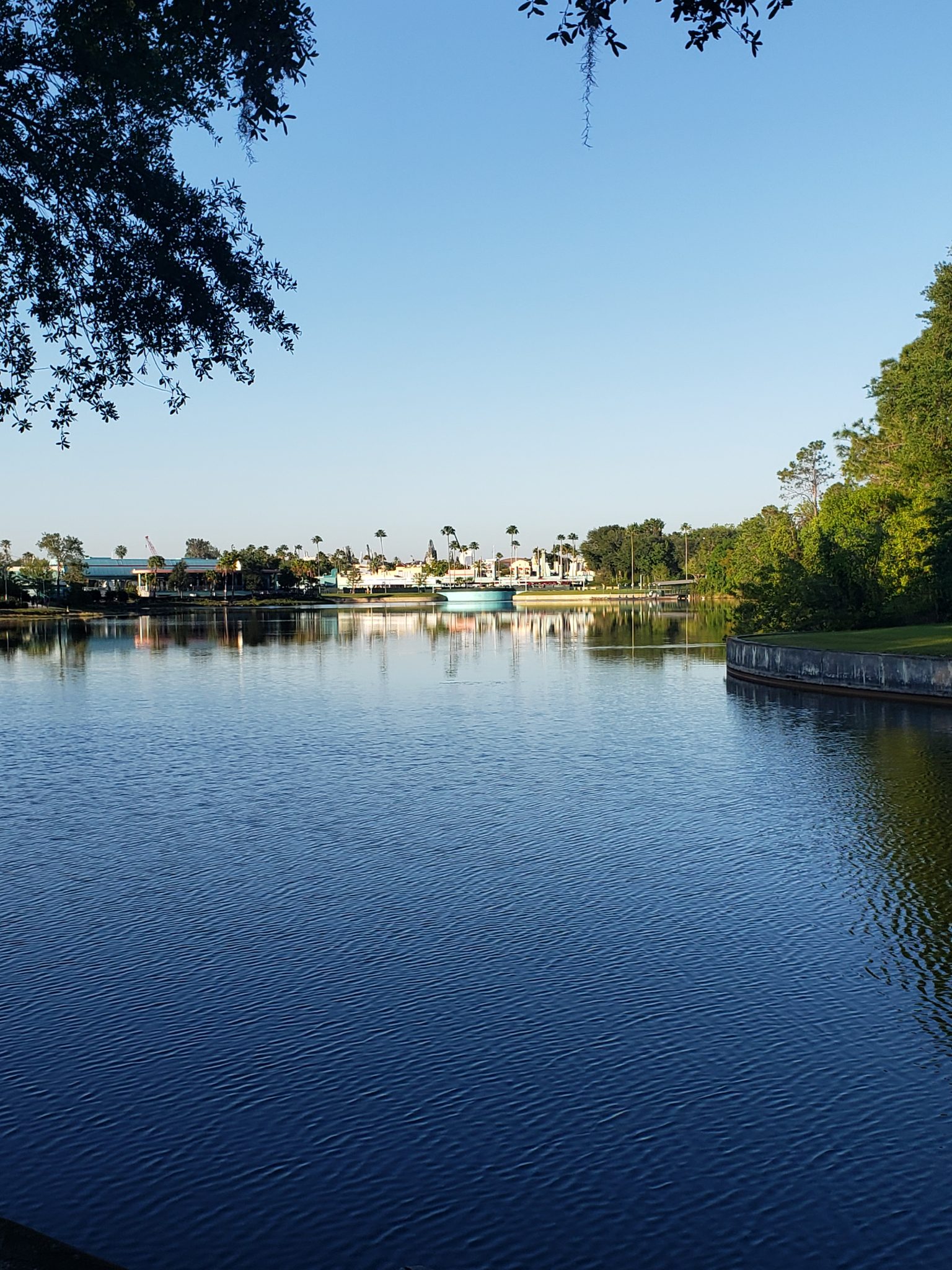 I was really lucky, because it was an absolutely beautiful day. A little humid (because…Florida) but a nice temperature and a gorgeous blue sky. 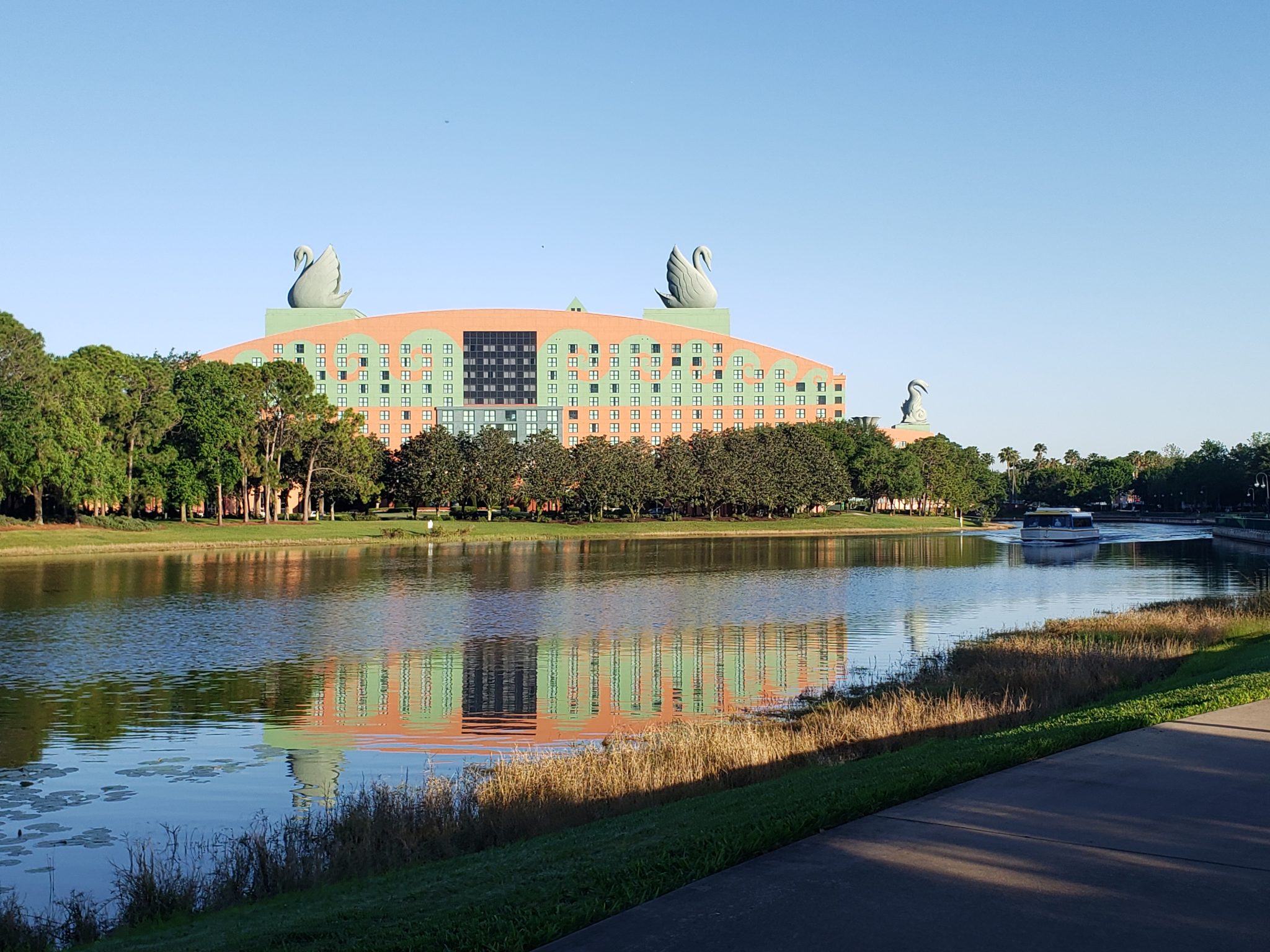 Going back after the turn-around point

Once you get back to the Boardwalk, you turn right and go along the shops and restaurants, then over the bridge toward Epcot. Instead of going into the park, you make a left to go back past the Beach and Yacht Clubs, before ending at the marina. 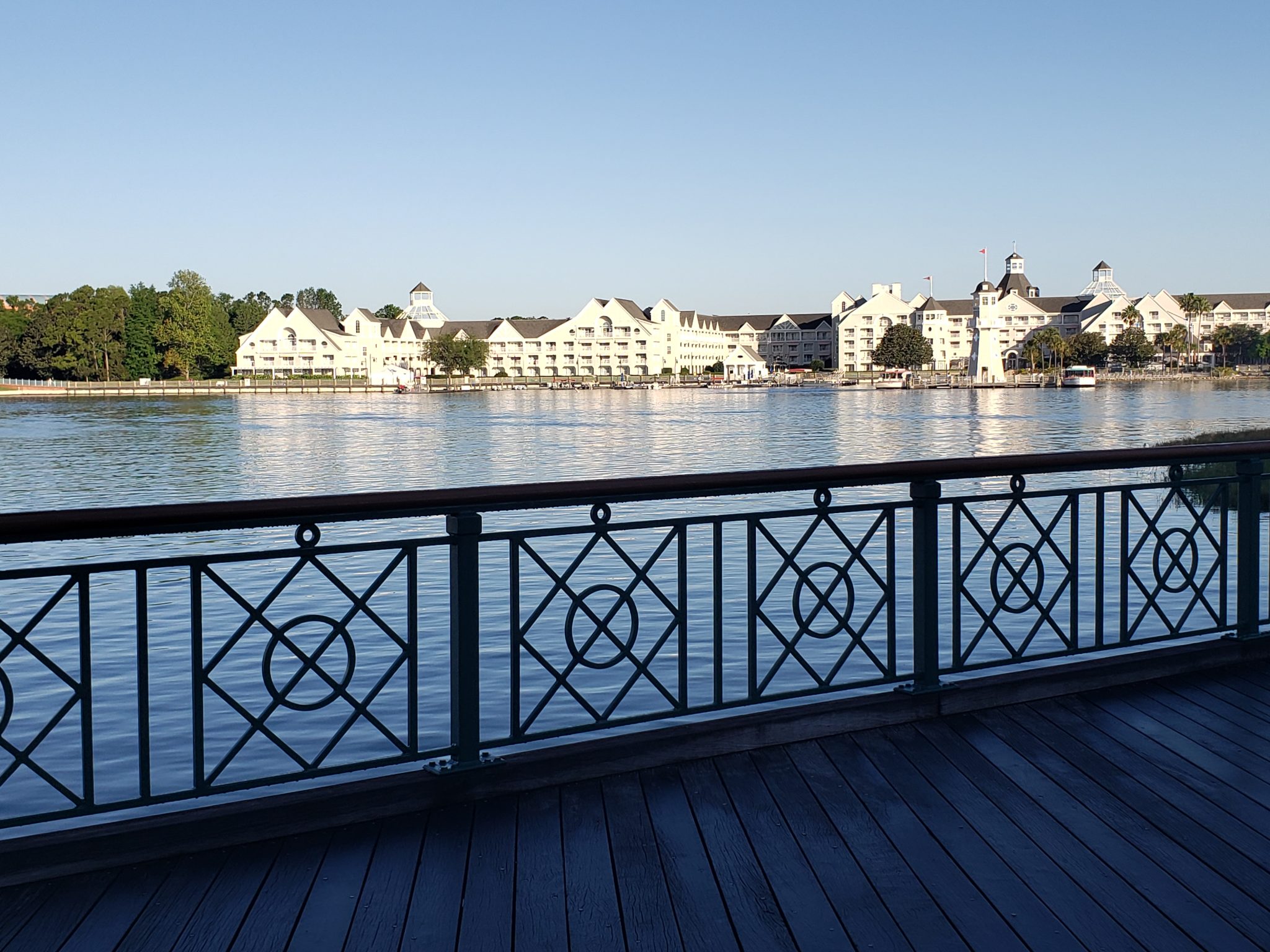 Looking back at the finish line from across Crescent Lake

One difference I noticed from the Seaside Sprint is that there didn’t seem to be as many cast members around. I remember there were a few people waving pompoms and steering us along the course for that one; at the Regatta Run they just explained the course first. I think there was one cast member at the turn-around point, but that was it. I don’t know if that’s just because of the day I was there or not; it was the week after the Star Wars Half Marathon Weekend, so maybe the cast members were worn out from cheering on all the half-marathoners 😉 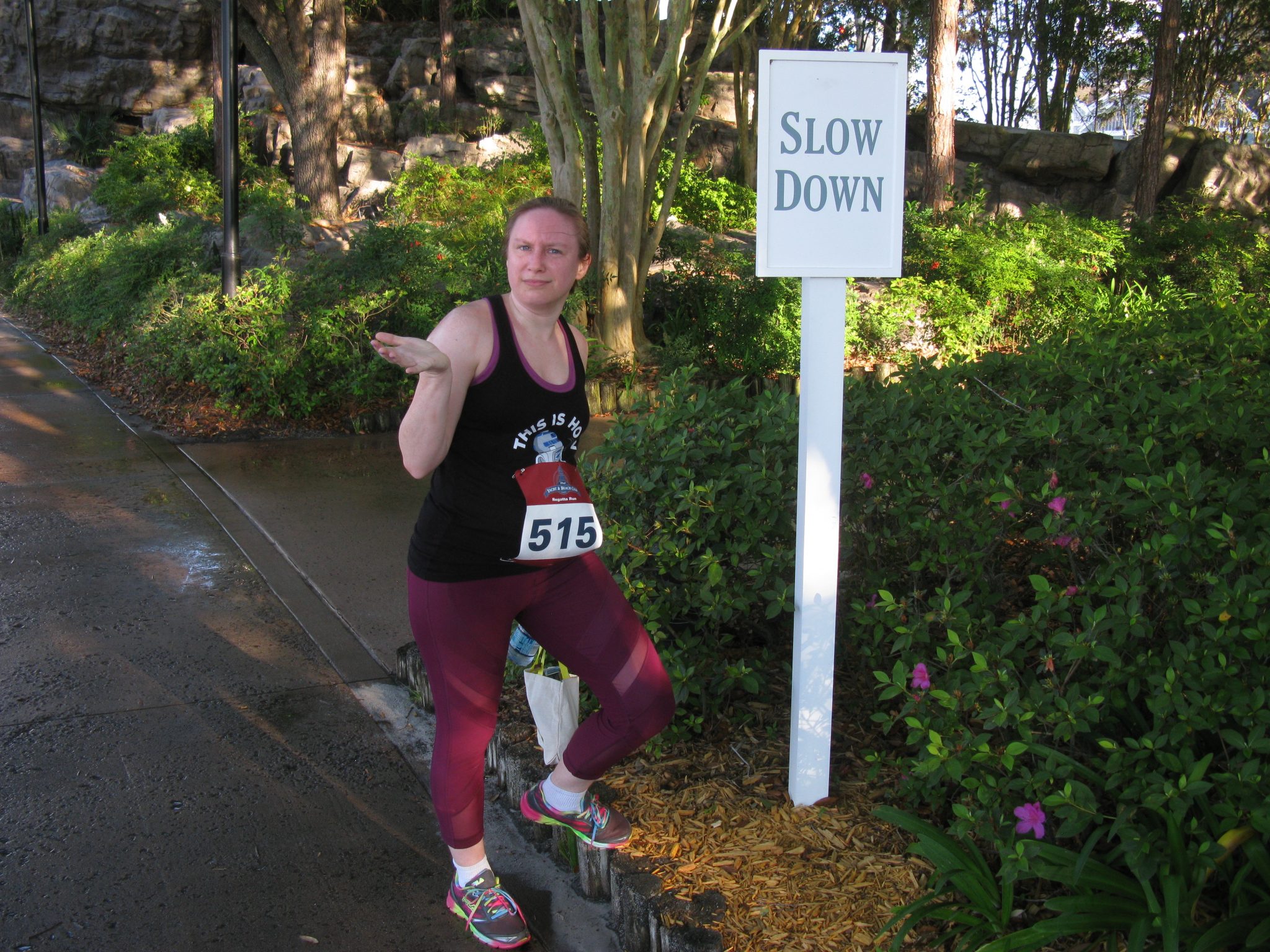 I know this is for the golf carts, but it made me laugh

Once we’d finished, we were treated to bananas, granola bars, and bottles of water. We also got some cool swag – a small canvas tote, earbuds, sunglasses, and a special “Regatta Run” pin. Mine says 2018, so I guess I time-traveled while I was running! 😉 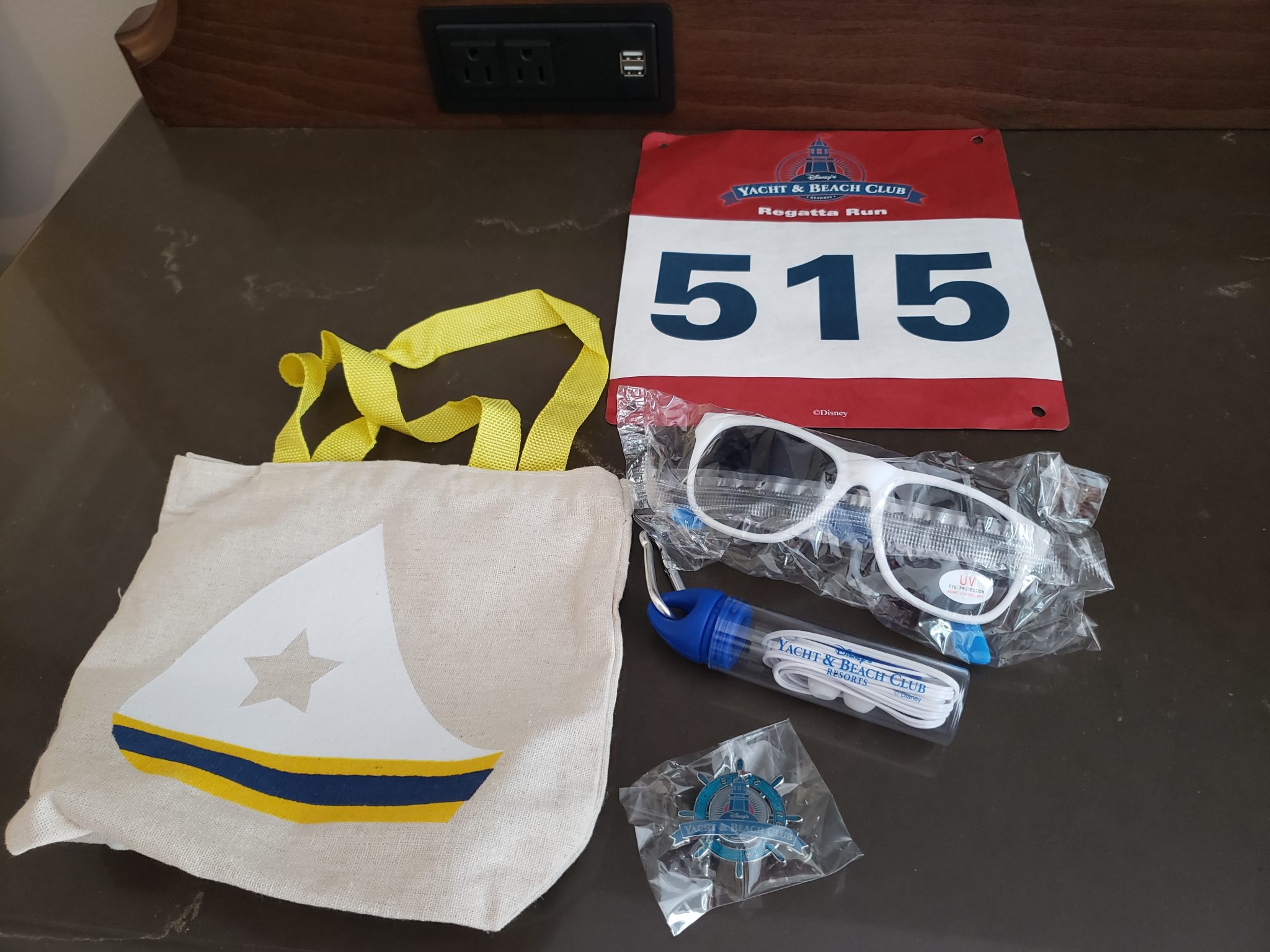 Overall it was a fun run, with a really nice course on a beautiful day. And it made me feel a little better for all the food I was eating at the Epcot Flower & Garden Festival! 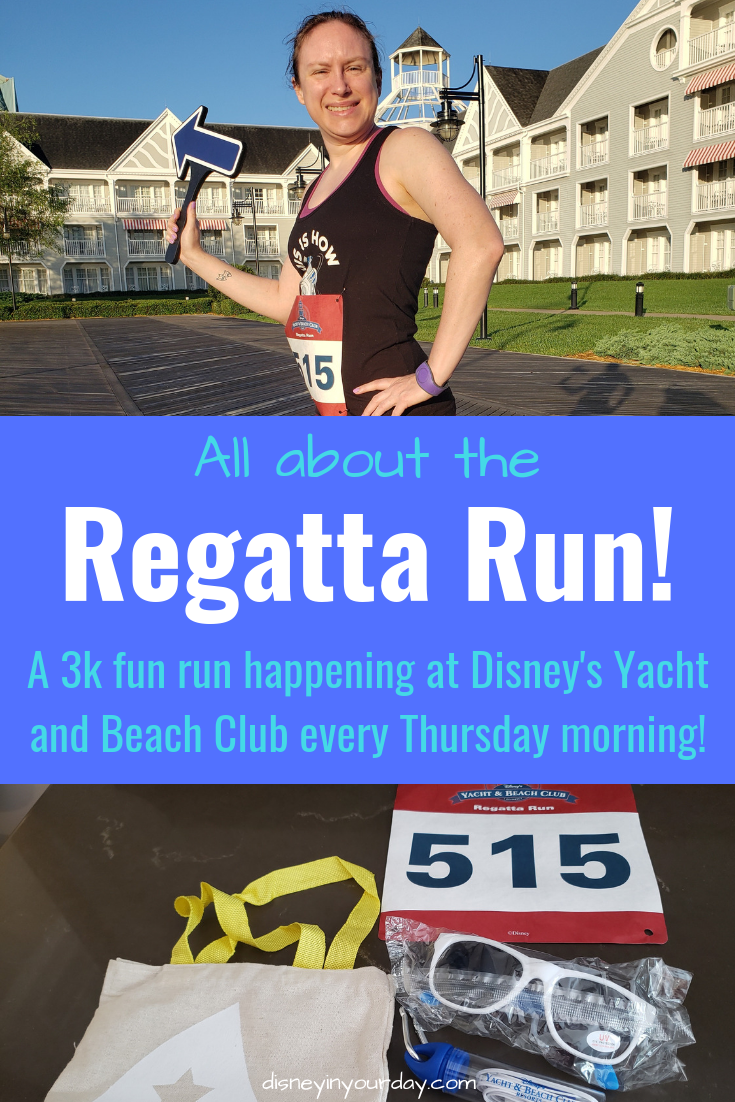 Have you heard of the Regatta Run? Does this sound like something you might want to do?