You are here: Home / At Home / Tangled Halloween costumes

Read on for information on how we put together our Tangled Halloween costumes! 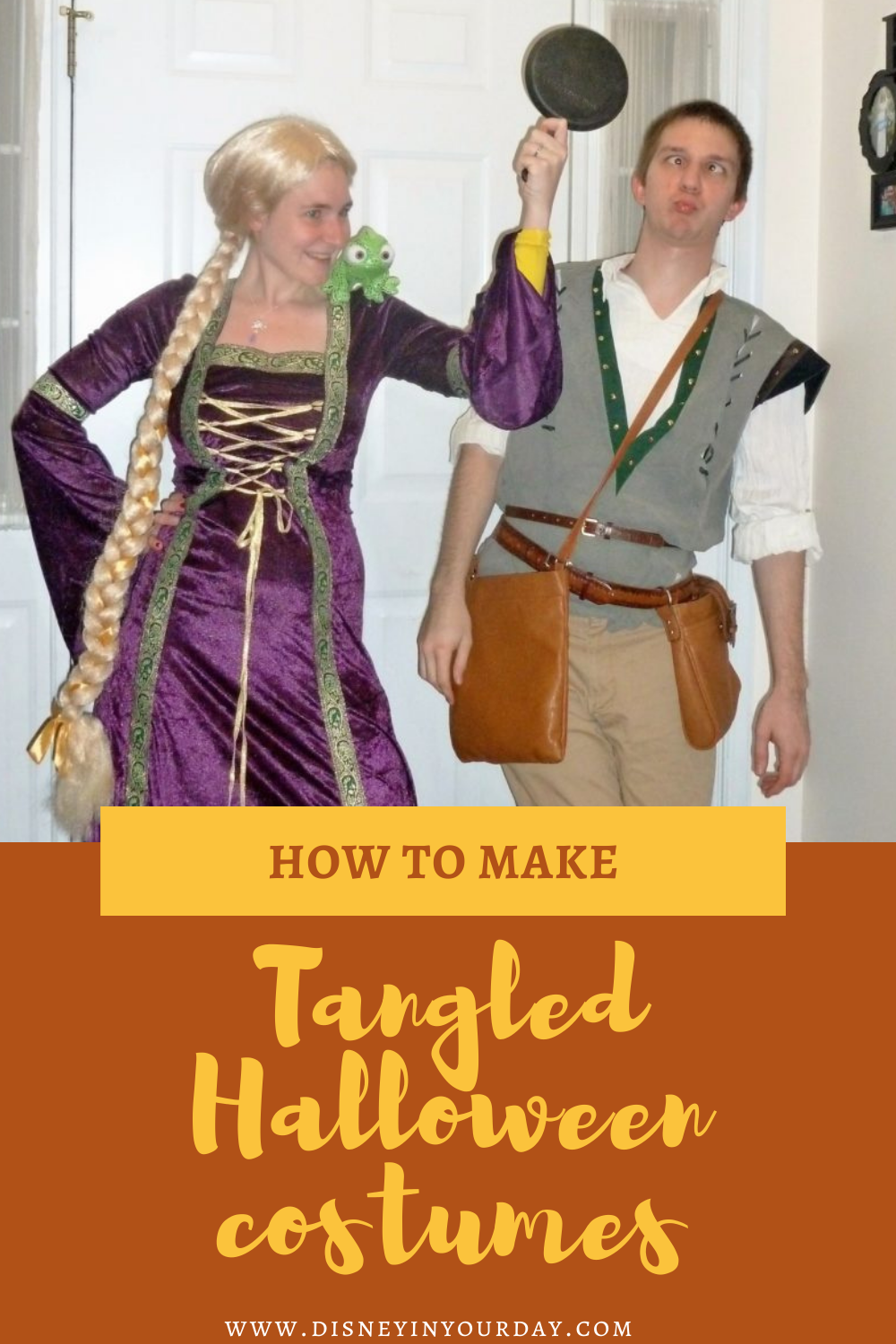 Last Halloween, my husband and I decided to do a Disney couples costume.  Since we are both huge fans of Tangled, Rapunzel and Flynn Rider Halloween costumes seemed like the obvious choice!  I’m not very good at sewing, so I usually put our costumes together from lots of pieces that we find.  That way it doesn’t look store bought but I don’t have to get frustrated and resort to my glue gun!

How we made our Tangled Halloween costumes: 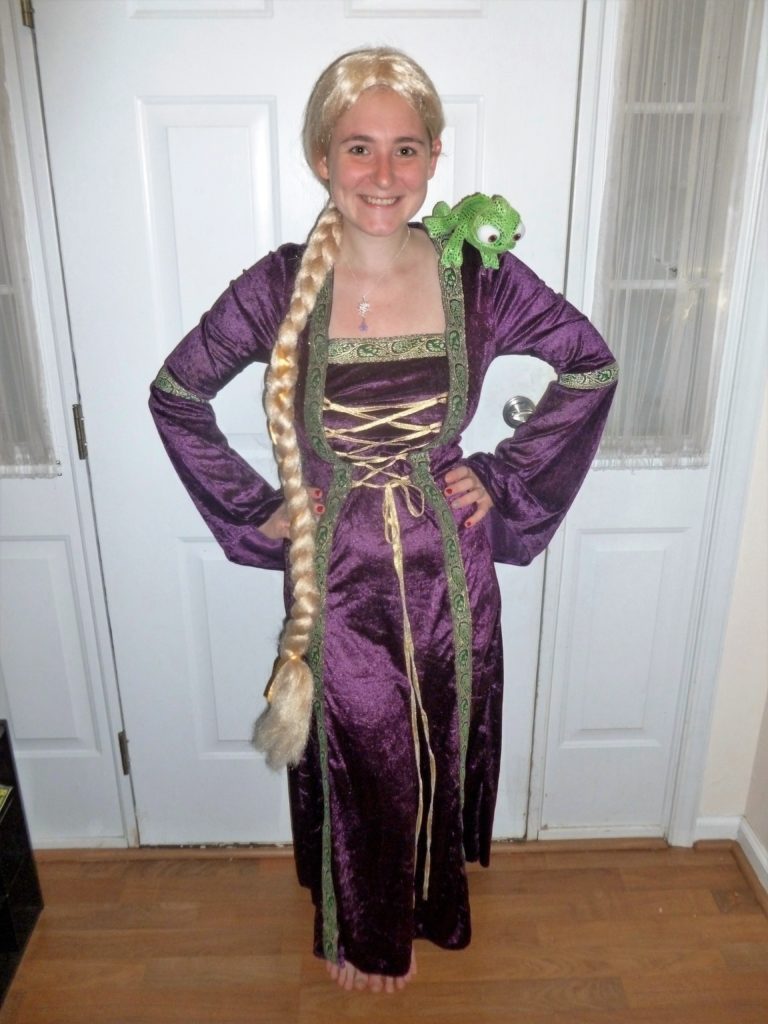 For her costume I actually already had a generic Renaissance faire costume in purple (we are big Renaissance faire goers so that came in handy).  While it’s not an exact copy of Rapunzel’s dress, it’s close enough and serves the purpose.

The one thing you absolutely have to have to make this costume recognizable is the hair, and unless you happen to have Rapunzel length hair already, you’re probably looking at a wig.  I got mine off of Amazon for a relatively cheap price, and while it’s not the most realistic looking hair ever it certainly works for this!

While around the house I did Rapunzel’s signature bare feet, but once we headed out I just put brown flats on.  I also had a beautiful Rapunzel necklace from Fishes Give Kisses with the sun symbol on it.  To finish off the look and really make it “Disney” I had a stuffed Pascal that I got from the Disney store, and I safety pinned him to my shoulder! 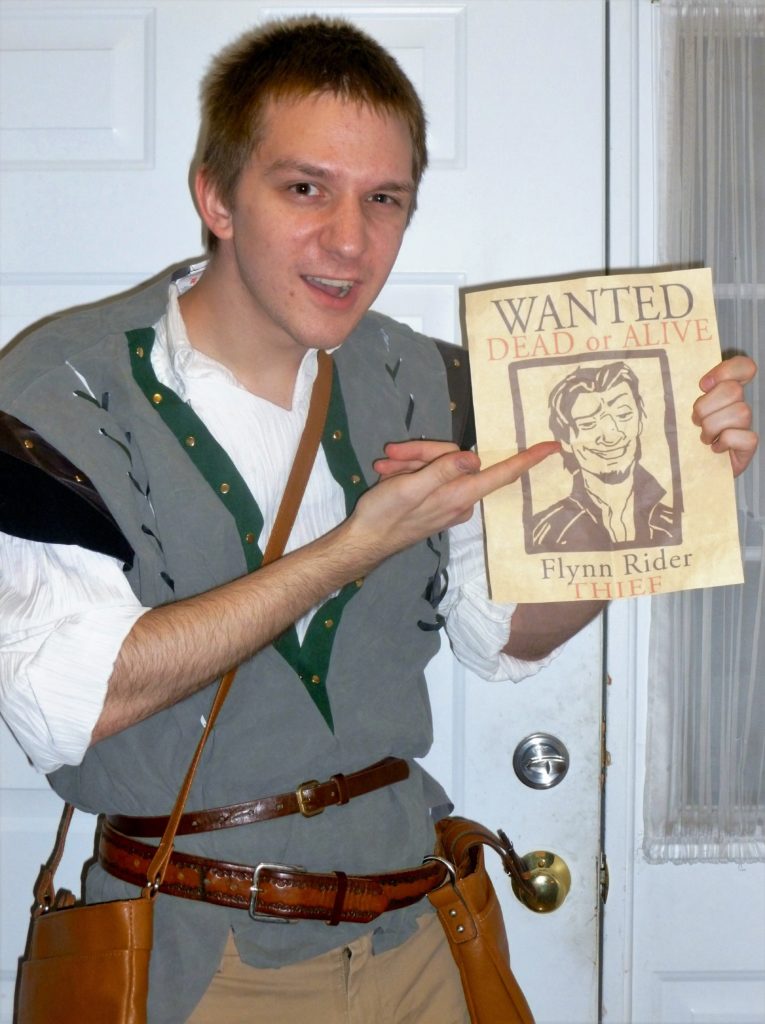 Flynn’s costume was a little more work to put together, but it turned out great.  He wore his own khaki pants that he already had, and for the shirt part we actually used two different Robin Hood costumes (and yes, we already just happened to have two Robin Hood costumes in our closet.  Don’t ask.).  We used the white shirt from one and the green vest from the other.

Flynn’s look is all about the details, so most of the other things we actually got from Target!  My husband picked up brown boots since he didn’t have any.  In order to re-create Flynn’s satchel and other little side bag, he actually bought two women’s purses.  One he hooked around a belt, and the other he used as the main satchel.  And he has two brown belts on as well.

The final touches included what we put inside the satchel.  There were two wanted posters for Flynn – one with his normal face and another with the nose wrong.  We also had a tiara inside for Rapunzel’s crown, and finally a mini frying pan that I had also gotten at Target. 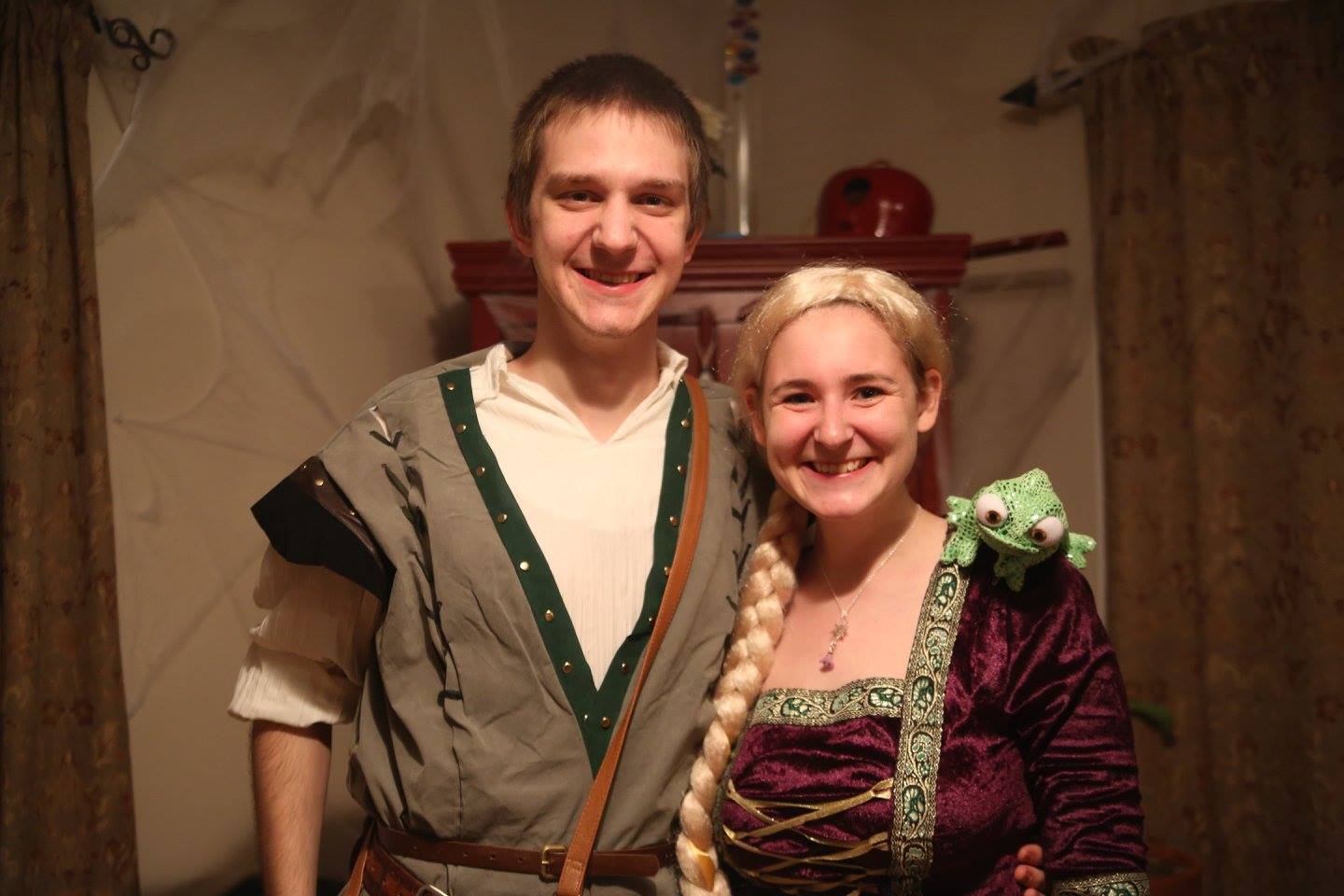 All in all I felt our Tangled Halloween costumes really came together quite nicely, and I was pleased with how they turned out!

Thinking about a trip to Disney World during the Halloween season? Check out my Ultimate List of Disney World planning resources to get you started. If you’d like the assistance of a travel agent at no extra cost to you, email me at [email protected] and we can start planning and booking your trip!

Are you planning a Disney Halloween costume?  Who are you going as?