You are here: Home / Run Disney / Princess half marathon recap 2020 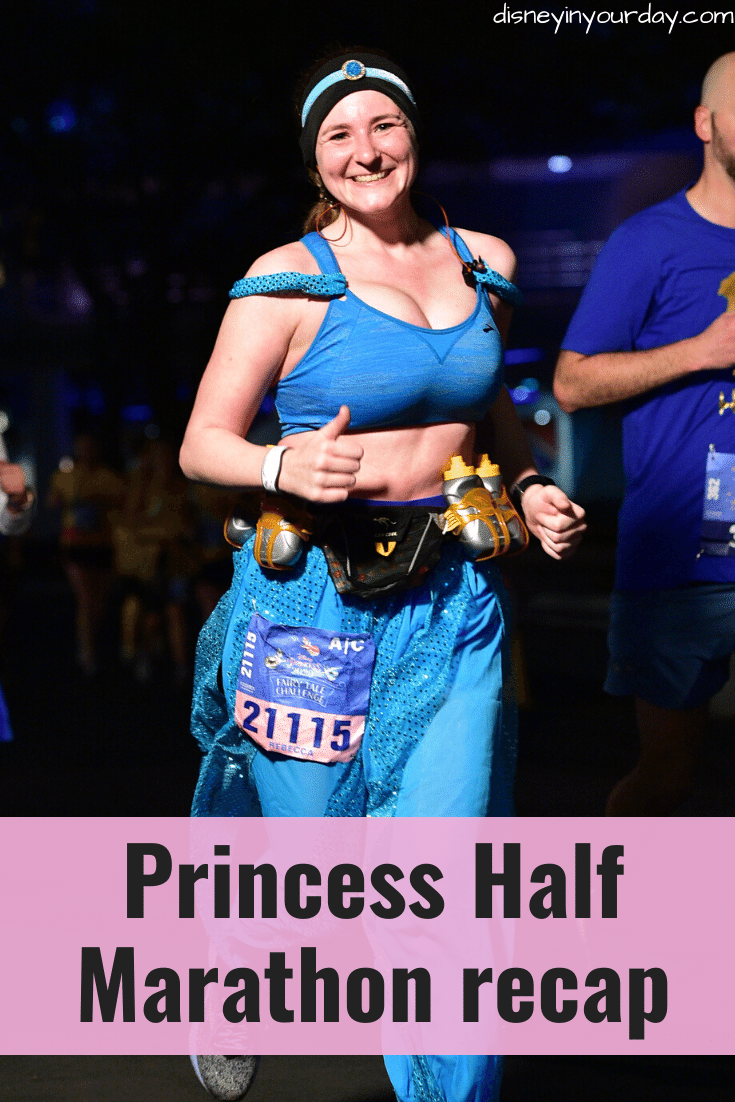 This past February was my 6th time running the Princess Half Marathon. It’s a pretty special race for me because it was my first ever half marathon in 2015. I was once again back for the Fairy Tale Challenge and had run the Enchanted 10k the previous day.

I woke up about 2:30am like any good RunDisney participant! I was excited because the weather was predicted to be basically perfect for a half marathon. In the mid-50’s, so with a throwaway sweatshirt in the morning while I waited around I would be fine, and then fairly comfortable throughout most of the race. I headed to corral C and waited to begin.

I started my race at 5:38am and was feeling good! I expected to see a lot of Cinderella characters since she was the the theme for this race and we had seen a lot of Pocahontas characters the previous day. Sure enough, the first few miles we passed Suzy and Perla (the female mice) and Lady Tremaine, Anastasia, and Drizella. 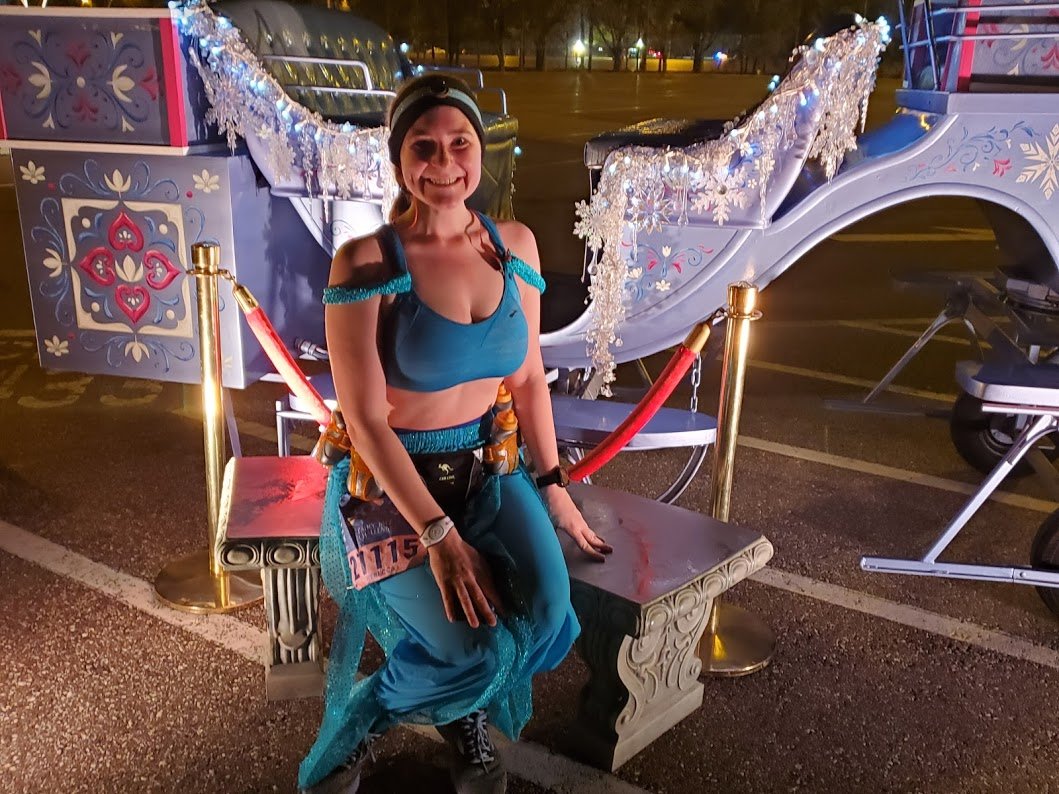 Before I knew it I hit the 5k mark going steady! There was a brief photo stop in front of the sled from Frozen. It was kind of random and there was no photopass photographer (but there was a CM who would take a photo with your phone), so as a result there was no wait. So why not stop for a second? Then it was on to Magic Kingdom! 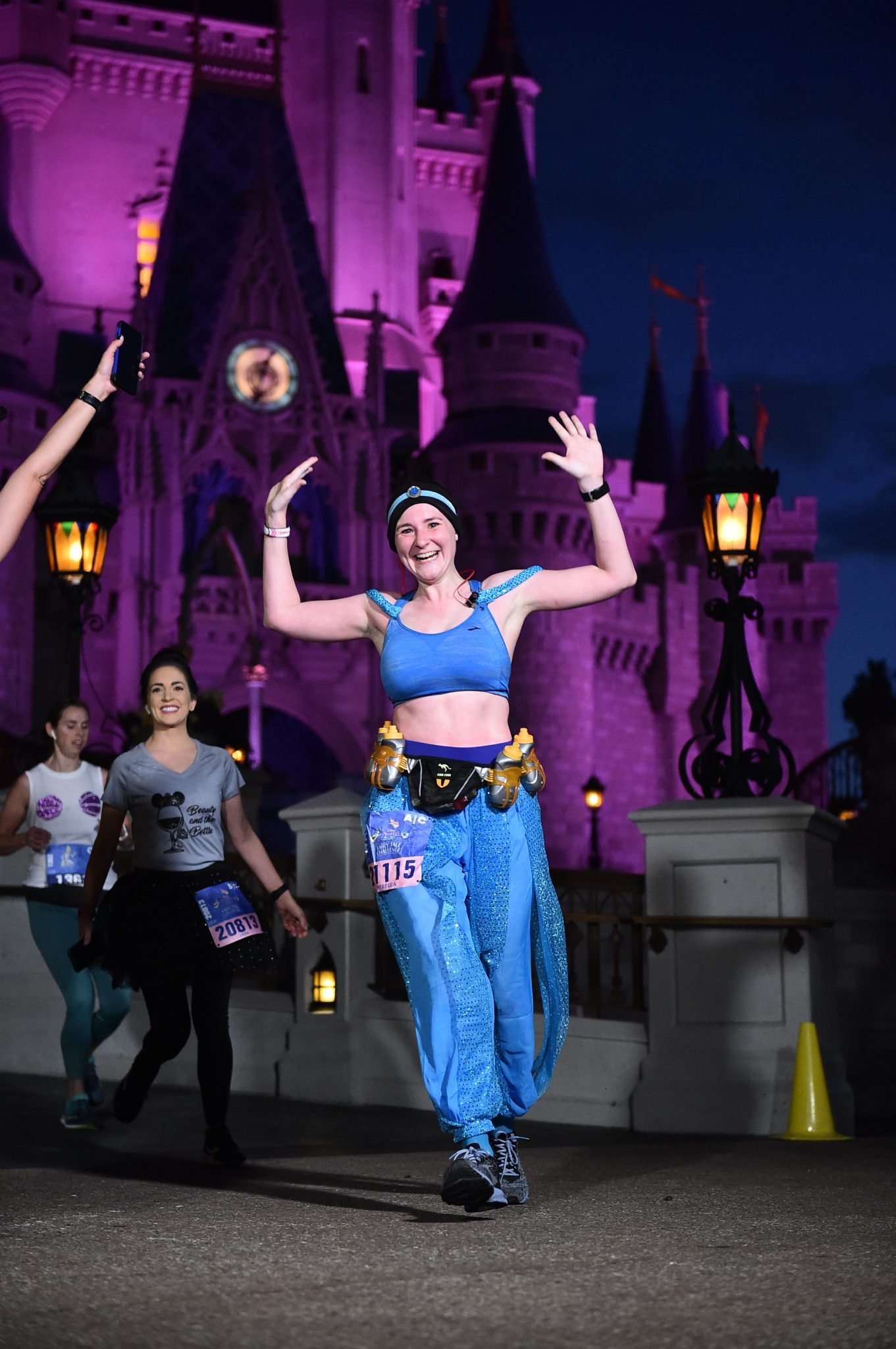 This is such a great moment because not only do you see the castle up ahead, but there are so many spectators on Main Street cheering. Normally I am scanning the crowd here for Jason or a friend, but since I was solo this time I knew I was just here to run and for myself. So I hustled down Main Street and into Tomorrowland… where I found Lewis from Meet the Robinsons. Being a character I’ve NEVER seen out before, I had to stop for a photo! 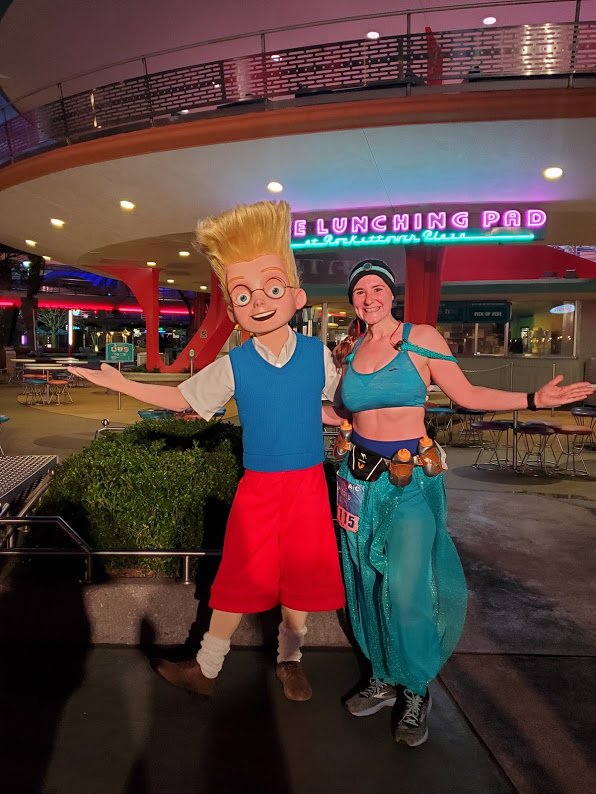 After that it was around Fantasyland and up through the castle, then through Frontierland where I passed a few more characters (complete list below). From there it was out of the park and up past the resorts and down the long stretch of road.

I was making really good time and at the 10k mark I realized it was possible to pursue at PR, even though it wasn’t my intention. I didn’t want to commit to it though. But none of the characters were all that appealing and I figured if that continued I could focus on just running… and then I saw Jafar. 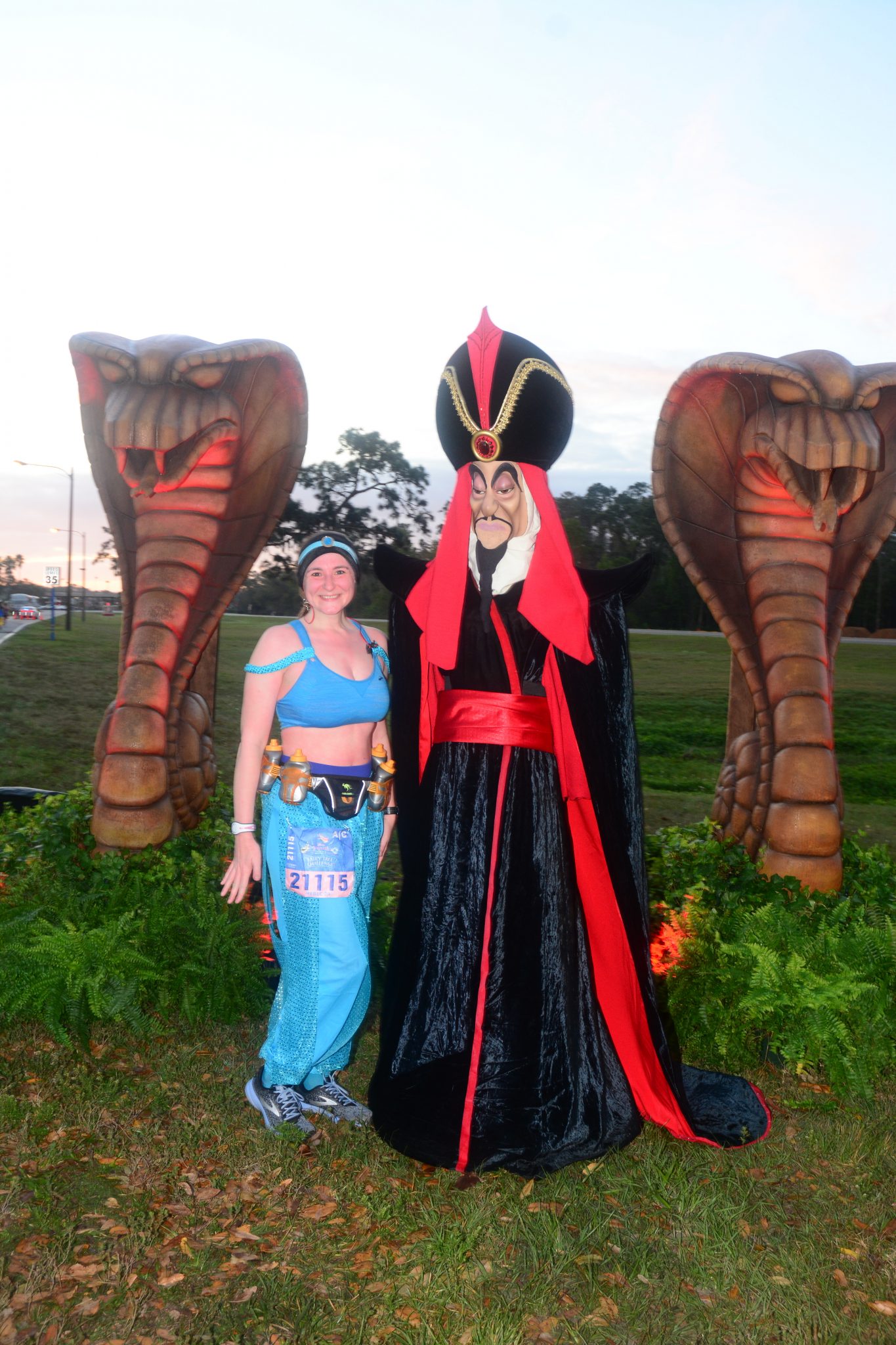 There were only about 3 people in line so I knew it would probably only add about 30 seconds. I was dressed as Jasmine! I couldn’t not stop, even though it might mean losing the PR. So I jumped on line and it moved really quickly. And then right when I was next… they took Jafar away to switch him out for another Jafar (the characters need to swap out every so often because of the costumes). So I watched about 2 or 3 minutes tick away, but I was committed at this point. I figured I had a lot of half marathons coming up later I could work on getting my best time. Granted, now they’re all being cancelled, but it seemed like a good idea at the time! And the photo was pretty great. 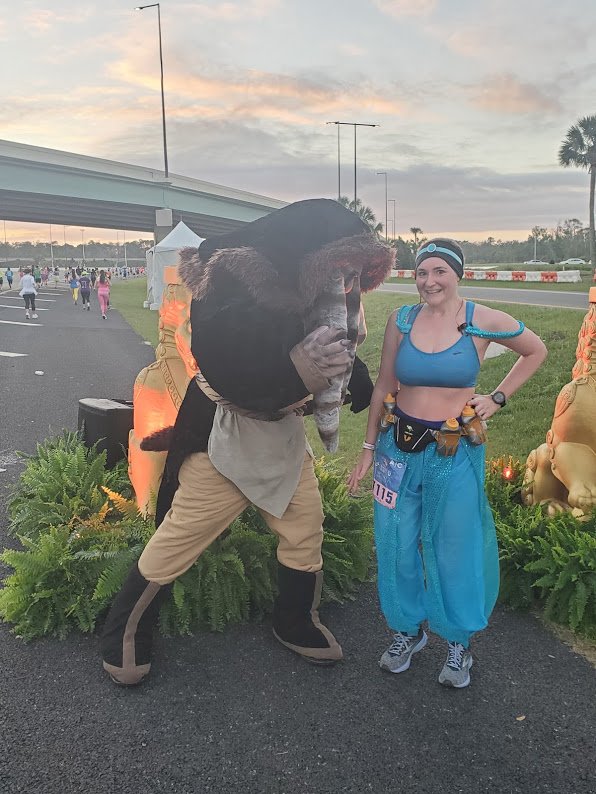 Since I’d already stopped I decided to stop for the next character, which was Shan-Yu (the villain from Mulan). Unfortunately he turned his head towards me during the photo so you can’t really tell who it is! But I guess it’s still cool. I also stopped for a picture with Suzy and Perla on the way back because they had no wait, so why not? 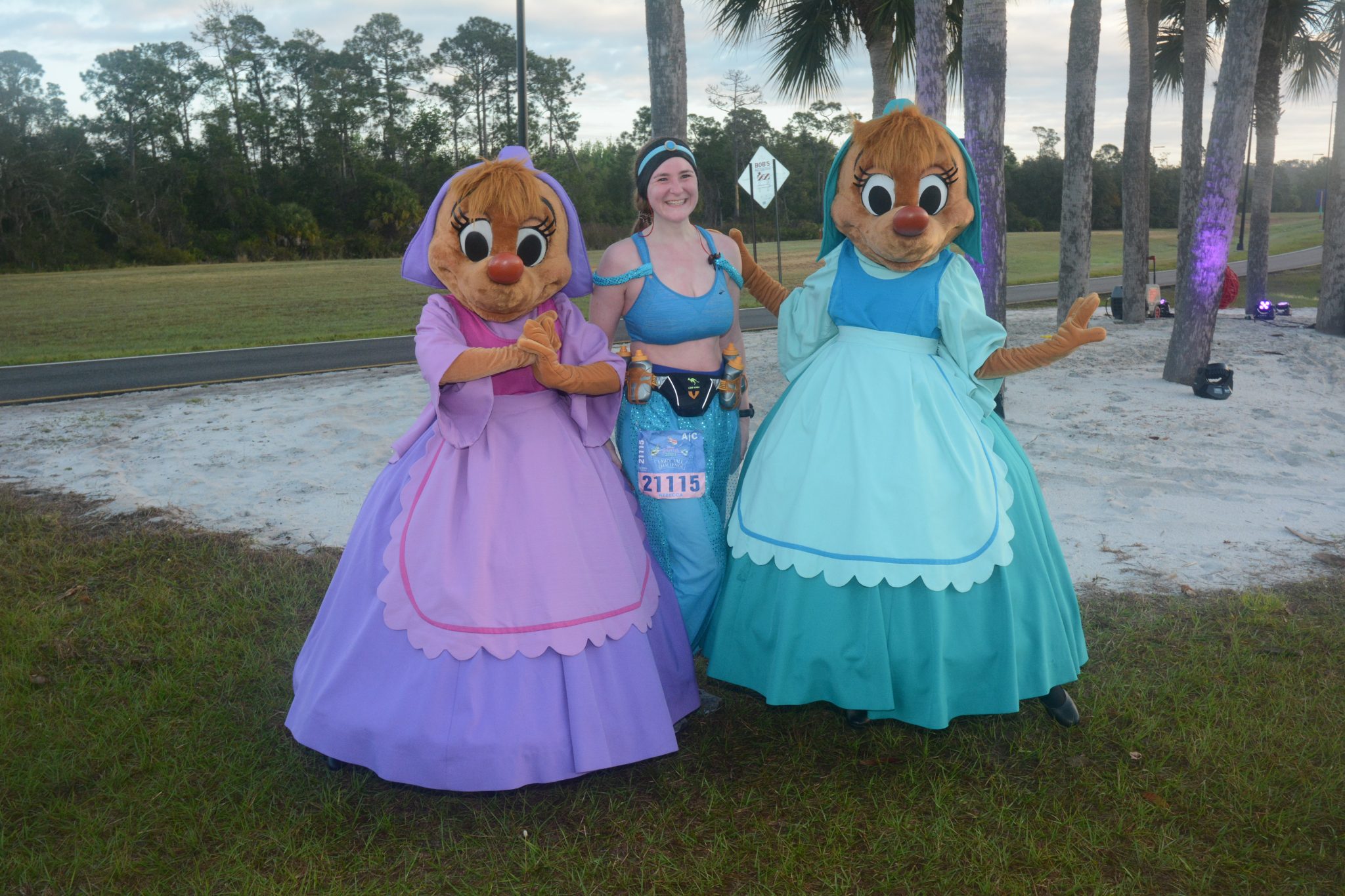 Then it was the rough stretch up the ramps on the way to Epcot. Right before entering the park I saw Tinkerbell and surprisingly she was alone – no one was stopping for a photo! That’s one of the interesting things about starting in an earlier corral and being fairly fast (it took a long time to get there!). People are more serious about the running and don’t do many character stops, especially towards the end of the race. So Tink was just standing by the course waving to everyone running by.

Then I entered Epcot and saw Bolt right by the Journey into Imagination. He’s another character I’ve never seen before with no wait, so I stopped for another photo! Before finally heading through the rest of Epcot and approaching the finish line. 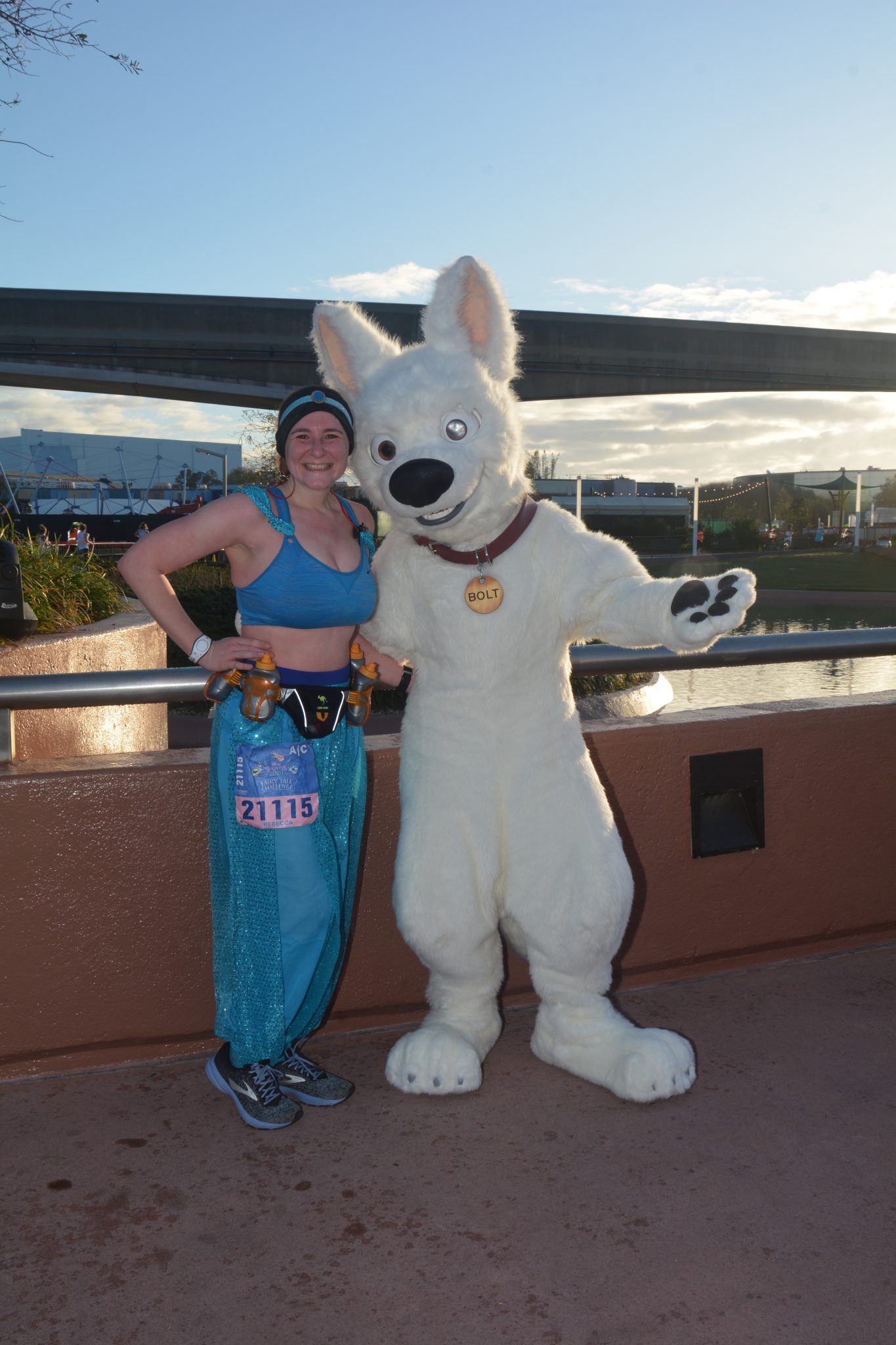 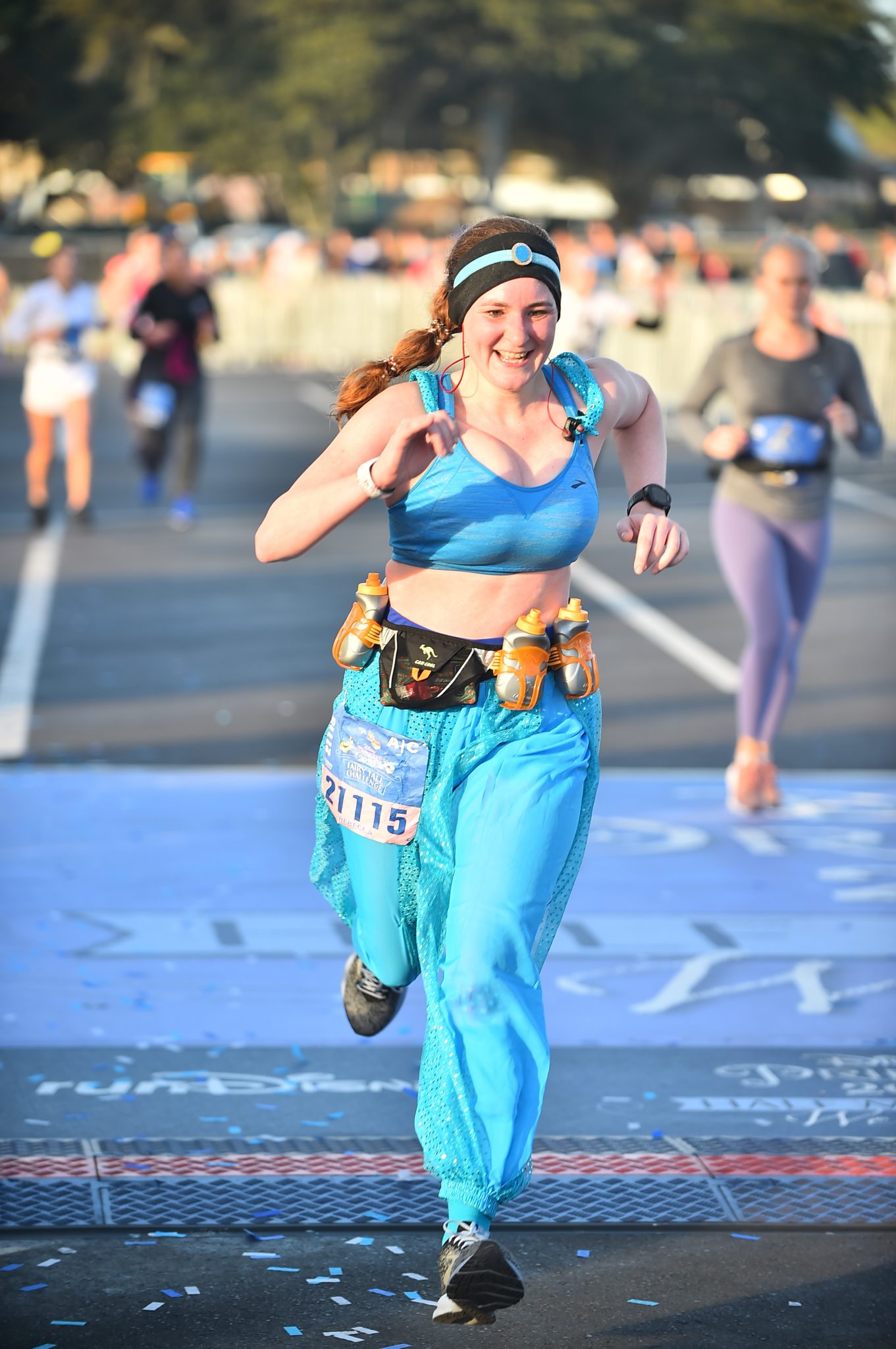 I finished in a great mood and got my two medals for the half marathon and the challenge. Then I treated myself to a beer, because I am proud to be a Beer Runner! Plus even though it was 8am the special blueberry Happily Ever After beer was delicious so I treated myself. 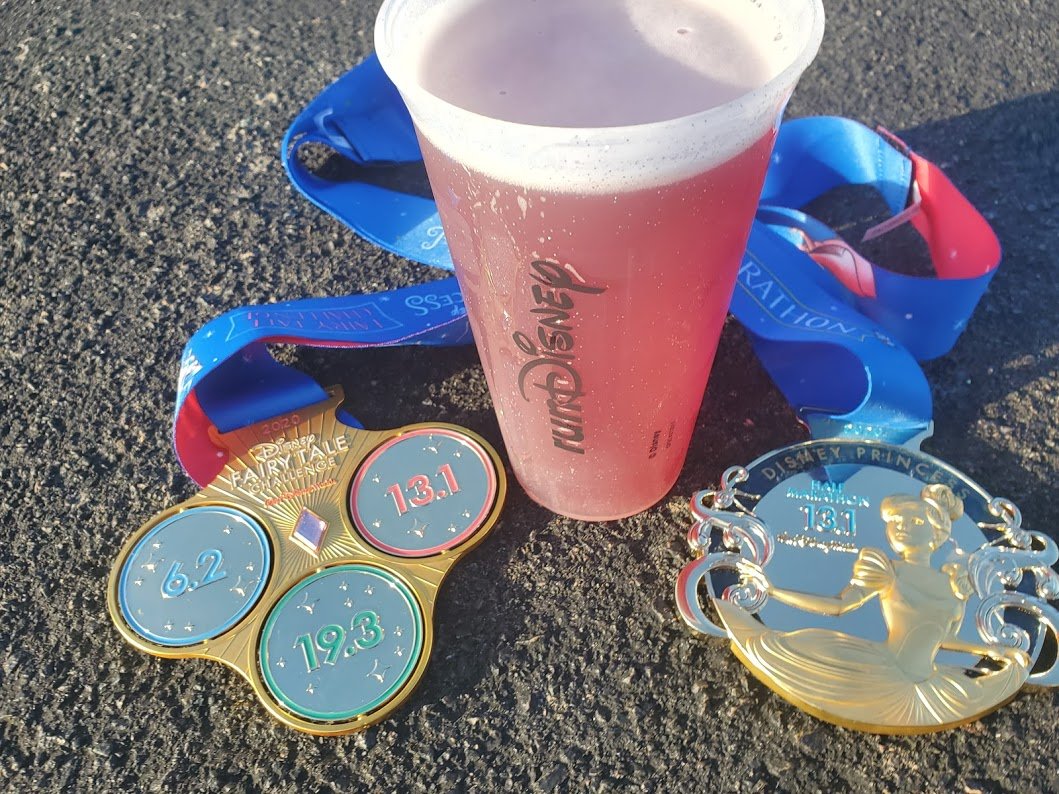 I’m not sure I could have asked for a better Princess Half marathon – the weather was perfect, the characters were unique, and I was feeling good. I can only hope future half marathons are as good! 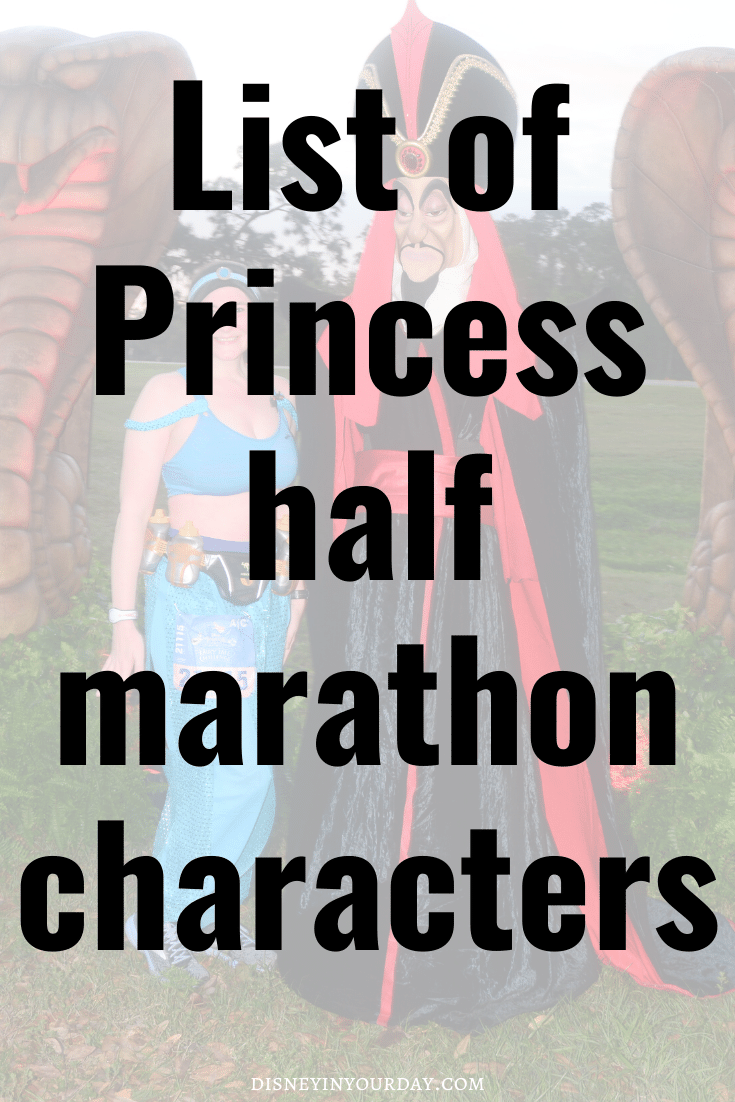 Characters at the Princess Half Marathon:

Have you done a RunDisney event? Which character would you most want to meet?