You are here: Home / Run Disney / Princess Half Marathon 2017 recap 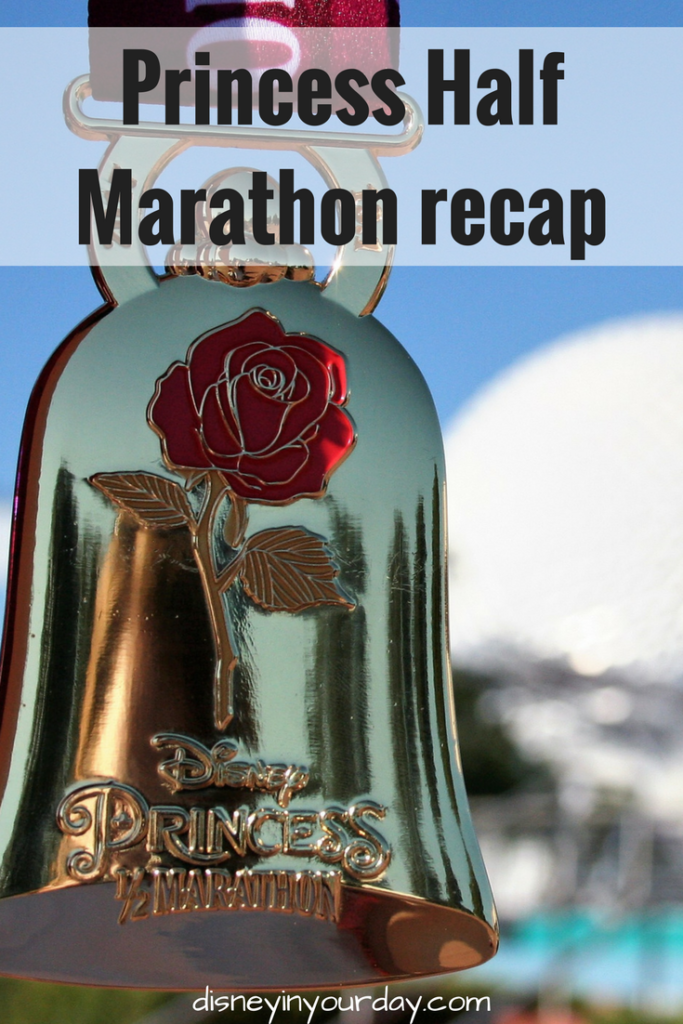 After a 3am wake-up call on Saturday morning for the Enchanted 10k, it was time for another one on Sunday, February 26th!  This time for the Princess Half Marathon, to complete the Glass Slipper Challenge.  I got on my homemade Moana costume and headed for the buses.  It was cool but at least not cold in the morning, and I got to corral F with plenty of time.

For the first time in any Disney race, I felt like I was in the right corral.  These people were running at my pace, but many still doing the run/walk technique.  I never felt like I had to slow myself down because I was surrounded by slower people, which is usually what happens.  So I was off, keeping a decent pace while leaving Epcot and heading toward the Magic Kingdom. 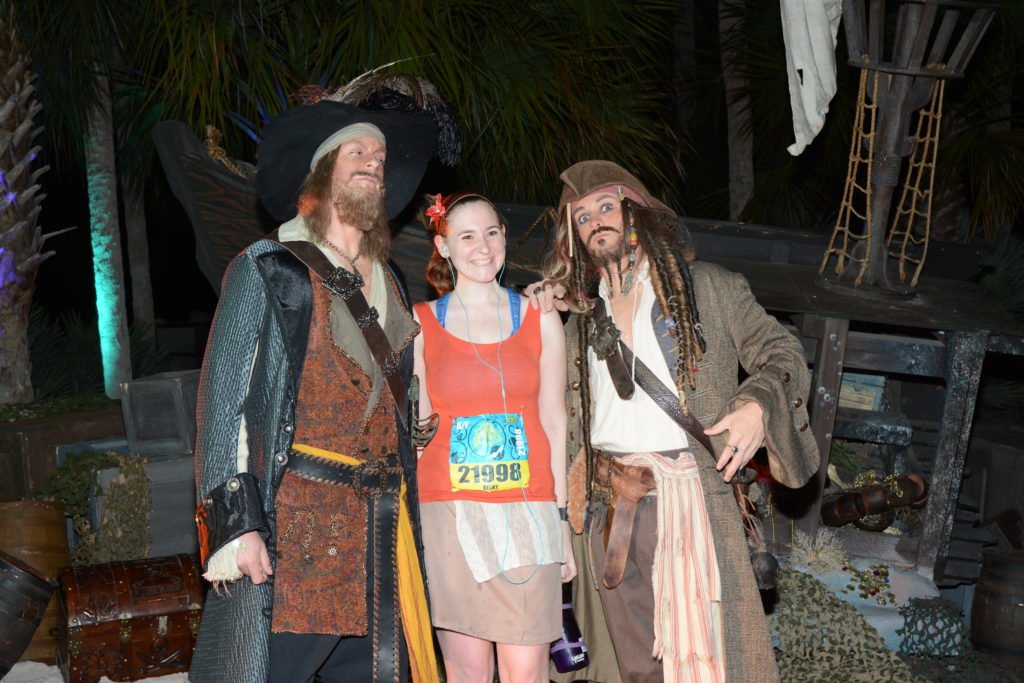 I decided to stop for the very first character stop, with Barbossa and Jack Sparrow.  It’s been there every year but I’ve never stopped – so I figured why not this year?  Barbossa is a rare character!  It definitely added a couple of minutes to my time but then I kept on going toward Magic Kingdom.  Entering Main Street this year was a little odd as I was on my own and didn’t have a husband to look for in the crowd! 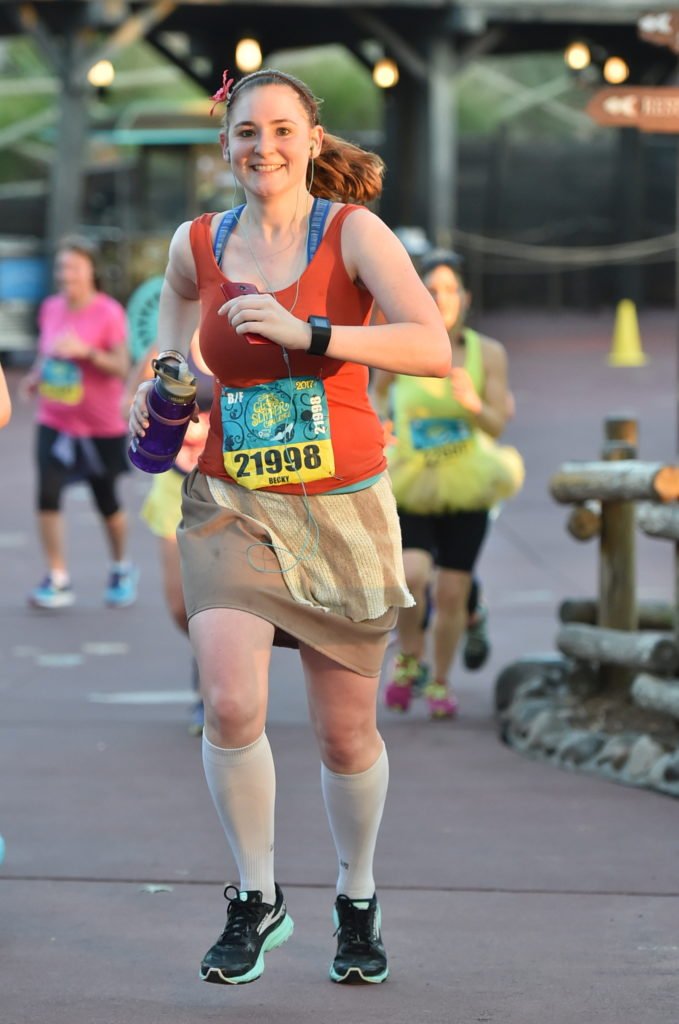 The course took a slightly different path through Magic Kingdom this year compared to other years, with us going through New Fantasyland.  It was the same as the Magic Kingdom portion of the marathon.  There were a number of good photo opportunities but most had very long lines in this section.  I was really tempted to stop for the Beast in his fancy outfit outside of Be Our Guest, but the line looked insane.  So I continued on through Magic Kingdom, getting a quick picture in front of the castle. 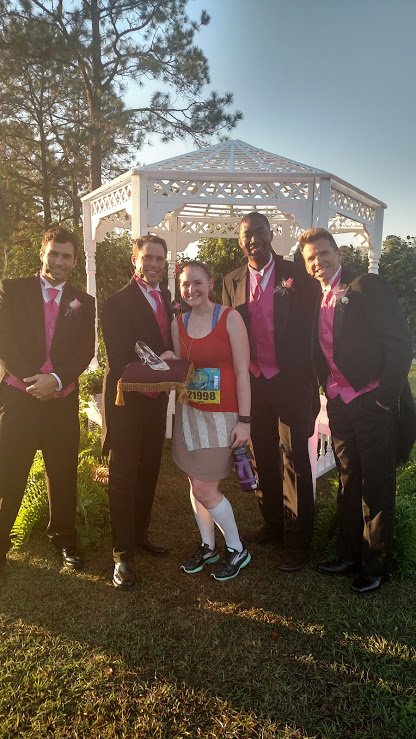 I decided to do another quick photo opp with almost no line so I didn’t have to wait too long.  This one was across from the wedding pavilion was was a group of “groomsmen” holding a glass slipper on a pillow.  Cute and perfect for the glass slipper challenge – I probably waited under a minute!

Right around this point we’re at about mile 7, and I start feeling some bad hip pain.  Which was weird because I’ve never had that sort of hip pain before.  I’ve had ankle pain, back pain, blisters, almost anything else… but never anything like this with my hips.  So I slowed down a lot at this point and unfortunately it did make the rest of the race a little less enjoyable for me. 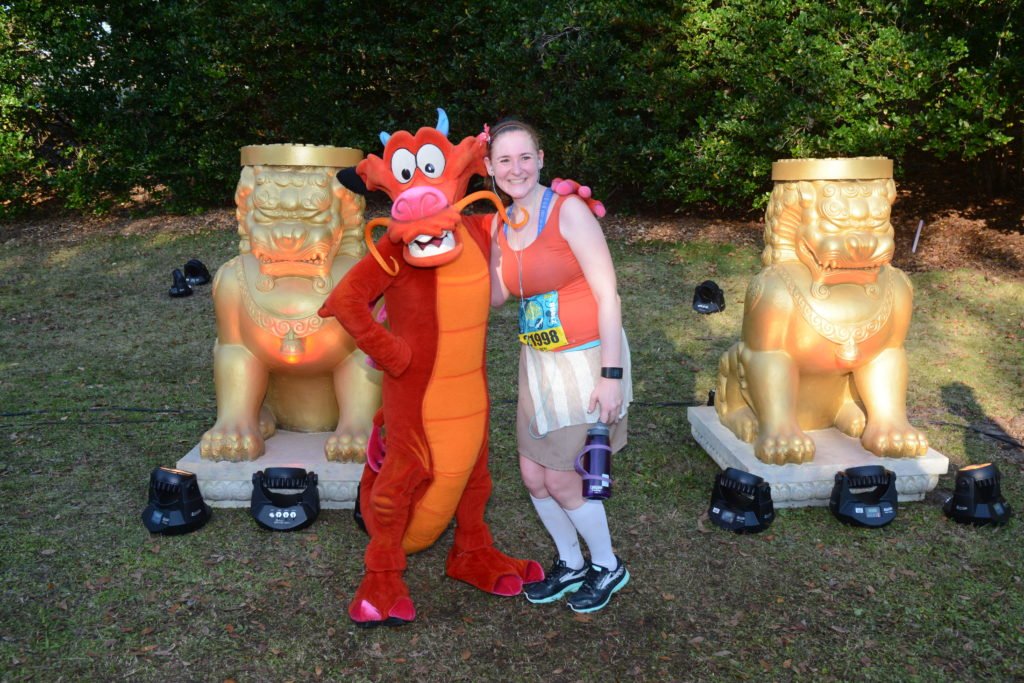 The trip back to Epcot is always the hardest part, as there’s nothing interesting to see and you’re tired by then.  We did get the green army man from Toy Story trying to whip us into shape as we went up the hill.  And then right outside of Epcot there was a character stop with Mushu!  This late in the race the characters basically have no lines so I grabbed this one too. 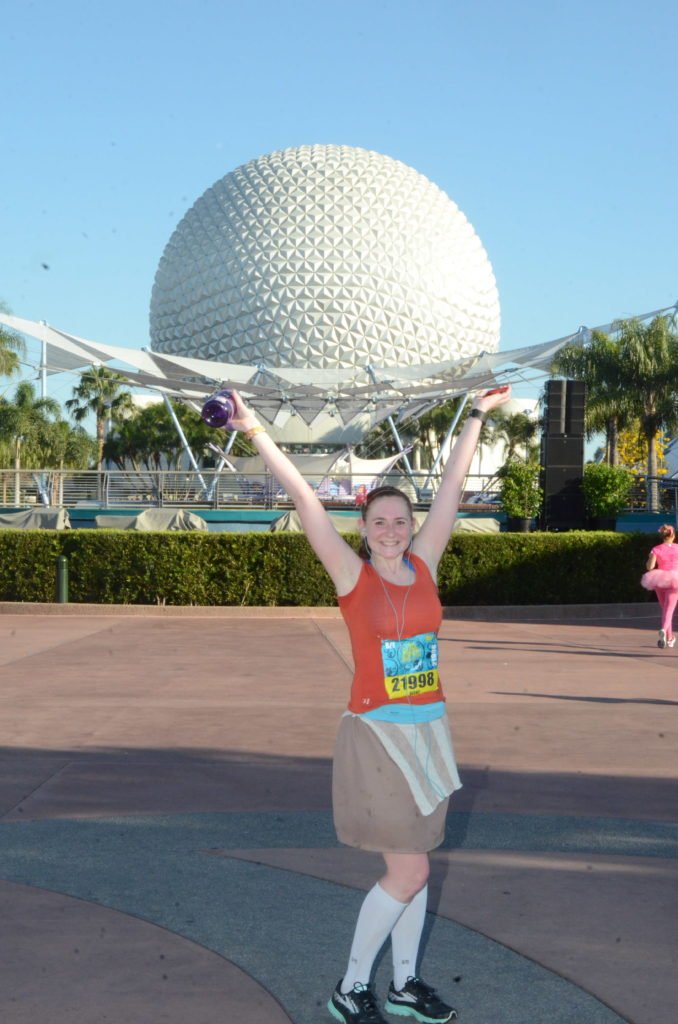 I entered Epcot and stopped for a photo in front of Spaceship Earth.  And then there was another photo opp with Princess Daisy Duck with no wait so I grabbed that too!  And then, thank goodness, it was on to the finish line.  I finished in 2:44:30 with a pace of 12:33 min/mile.  Certainly not my best but I’ll take it!  Especially with the hip pain. 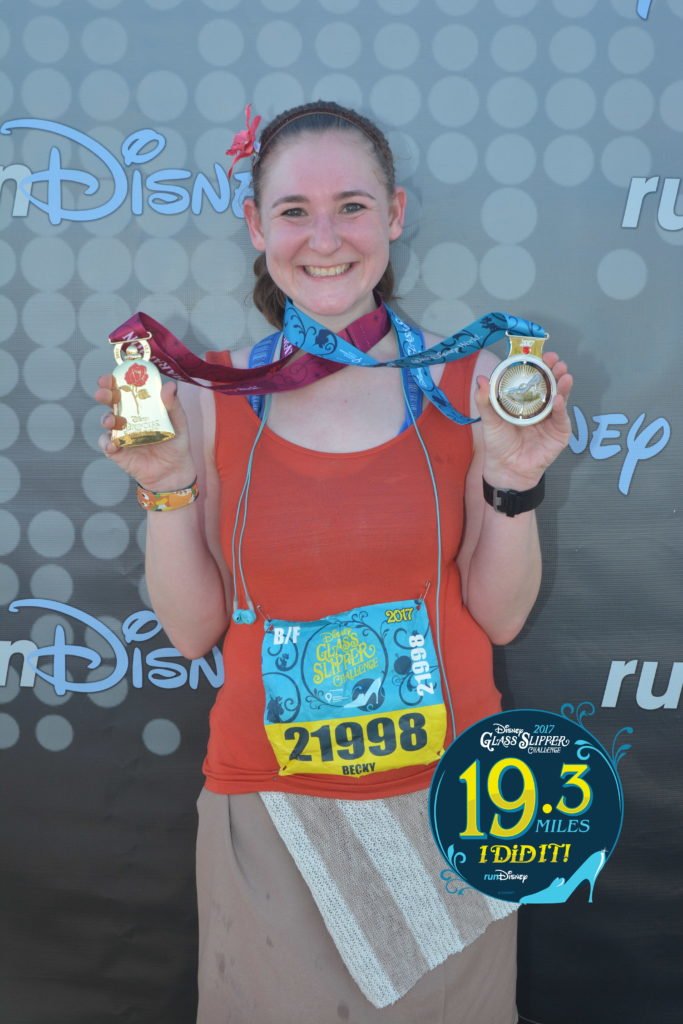 Then it was back to shower, rest, and eventually head to Epcot!  So while the pain was unfortunate it was still a good day and I got my Glass Slipper Challenge medal!  And I’m already signed up for the race weekend for 2018!

If you’re curious, here’s a list of all the characters who were out during this half marathon: