You are here: Home / Disney Movies and TV / Pixar movie tournament – final round! 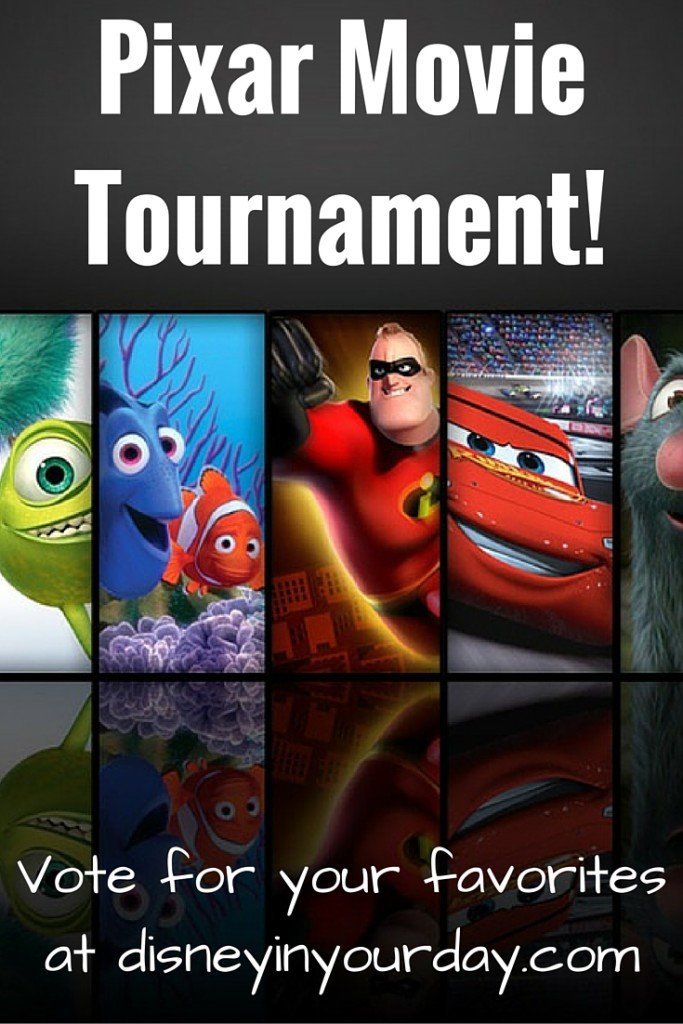 It comes down to just two films!  Everyone, this is so hard to decide.  I seriously don’t even know which one I’m going to vote for yet!  The two that have made it through to the finals are Toy Story and Finding Nemo.  I will say it’s not quite what I expected when I first put this together, but they are both excellent movies that deserve their spots.  (I personally was pulling for Monsters Inc. and Inside Out though). 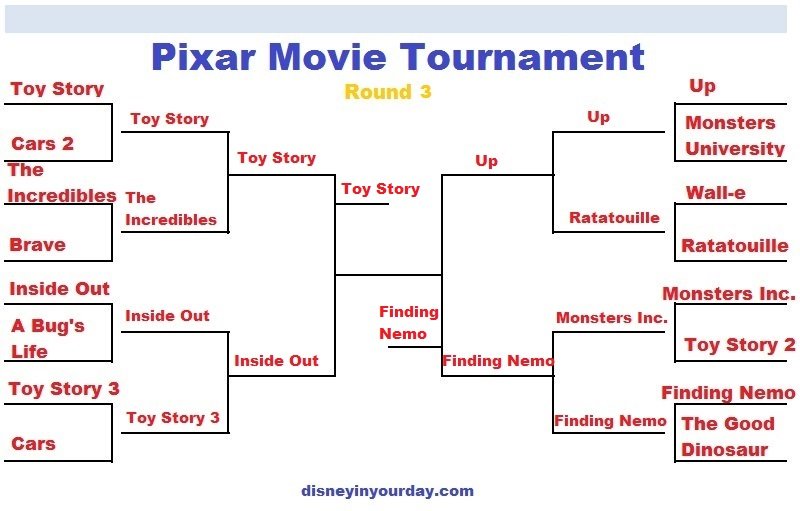 Toy Story was the first Pixar film and it’s held up incredibly well.  It has so many great themes and it’s told through such a unique perspective.  We deal with friendships, jealousy, and growing up, all from the perspective of toys.  Pixar truly shines when they take an original concept like that – it’s my favorite thing about their films.

Finding Nemo is visually stunning.  I remember it striking me the first time I saw it how amazing all of the coral reef and sea life looked.  And it has great characters – I personally have always had a soft spot in my heart for Marlin, because I am also a worrier and have spent my life trying to overcome that.  And of course Dory is an amazing character!

It’s a hard choice.  But it all comes down to this.  Which one will you choose?