You are here: Home / Other Theme Parks / Other theme parks: Knott’s Berry Farm 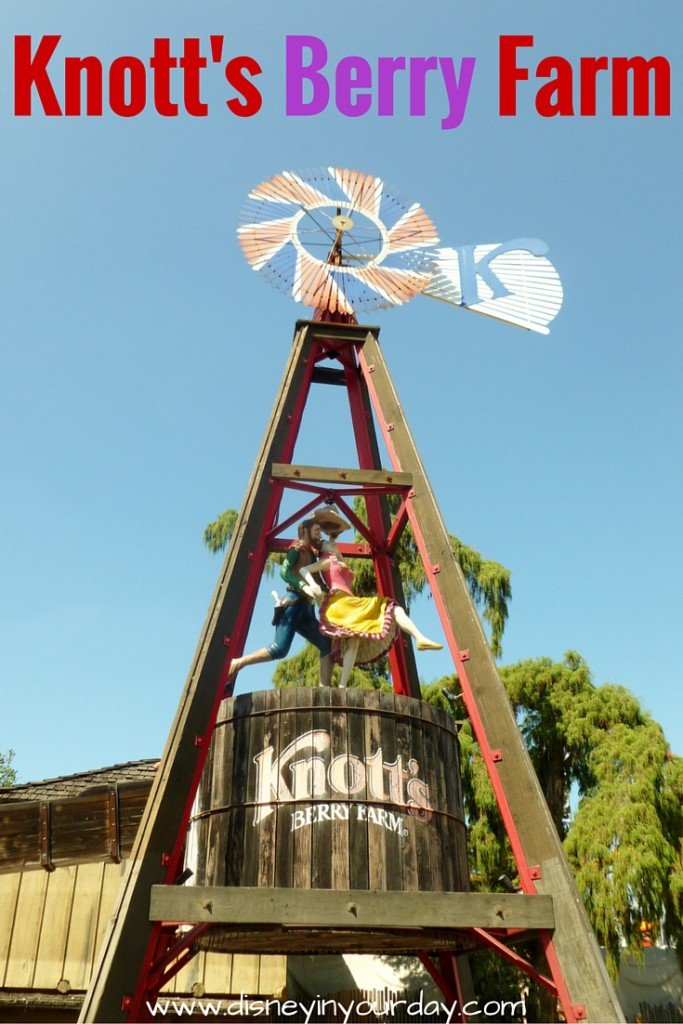 Out in California, Disneyland truly is an amazing park.  But if you’re looking for more thrill rides or you have some extra time on your hands during your trip, consider heading over to Knott’s Berry Farm.  This Cedar Fair owned amusement park is only about 10 minute ride over from the Disneyland area. 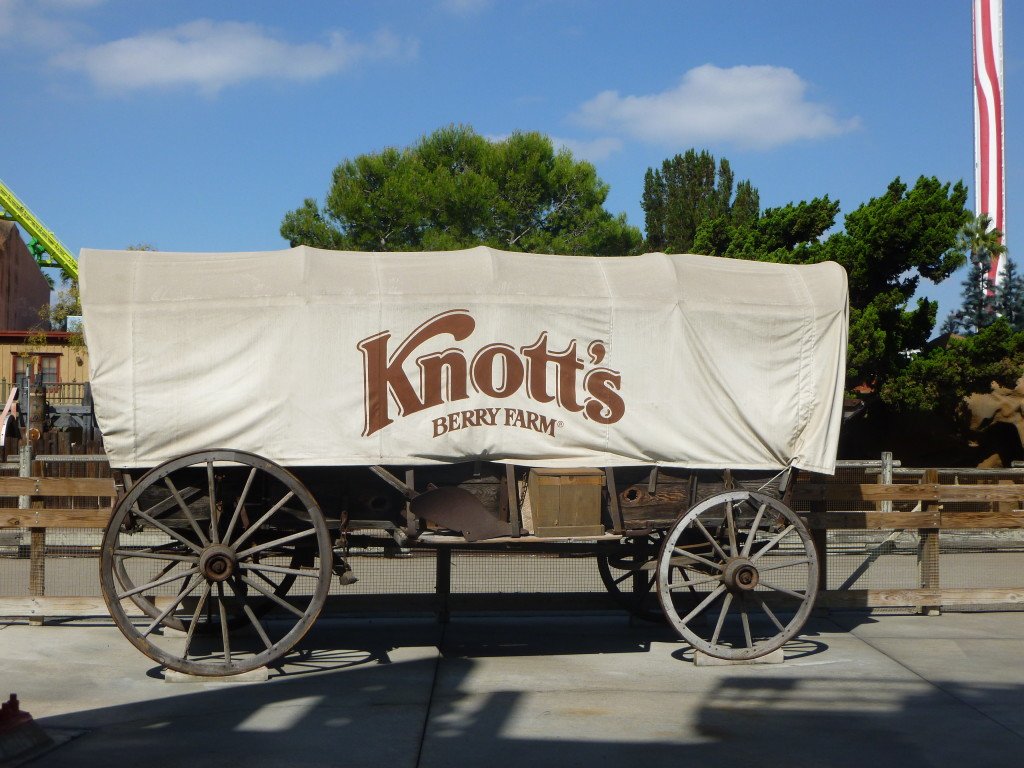 While it’s not Disney themeing, I do think that Knott’s Berry Farm does a pretty good job with this, especially compared to some of the other Cedar Fair parks that have little to no theme.  The most impressive of these is probably Ghost Town, which makes up a large section of the park and has a very cool wild west vibe going.  There’s also Camp Snoopy (an area for kids with the Peanuts gang), Fiesta Village (with a Spanish/Mexican feel), and the Boardwalk. 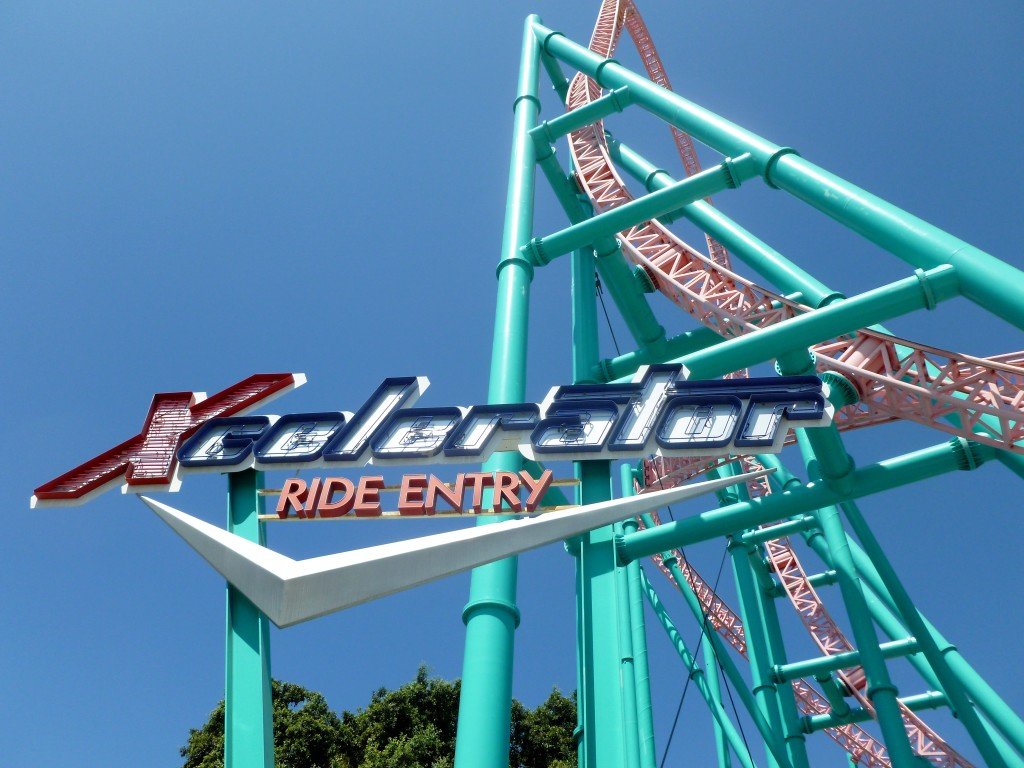 If you like roller coasters, you’ll find some good ones at Knott’s.  The Xcelerator in particular, though very short, is an intense and fun one.  There are also a couple of good and unique rides here.  The Pony Express is a somewhat tame roller coaster that gets its fun out of the ride vehicle – you straddle a horse and ride around as if you’re actually on one.  And the sidewinder is a roller coaster where the car you’re in actually moves and spins around on the track, adding an extra layer of excitement.  Finally, there’s the new 3D arcade style ride called Voyage to the Iron Reef, which is fun and very well done.  It’s somewhat similar to Toy Story Mania in that you have a gun and are shooting things to gain points, but it feels a little more intense and immersive. 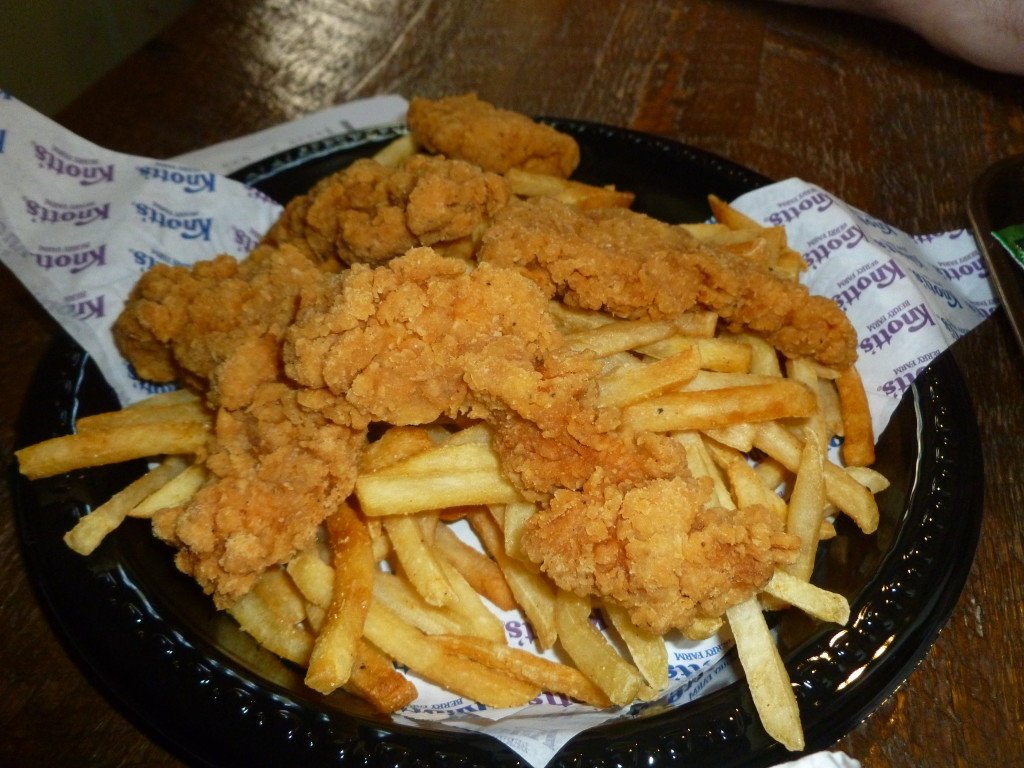 I’ve heard very good things about the chicken dinner you can get just outside the gates of the park, but we didn’t get a chance to try that.  Unfortunately most of the fare inside of the park was your typical mediocre theme park food at extremely high prices.  We were on the lookout for something different, and when we finally found a place with a salad I tried to order it only to be told they didn’t actually have it that day.  We ended up with typical chicken fingers, fries, and pizza instead. 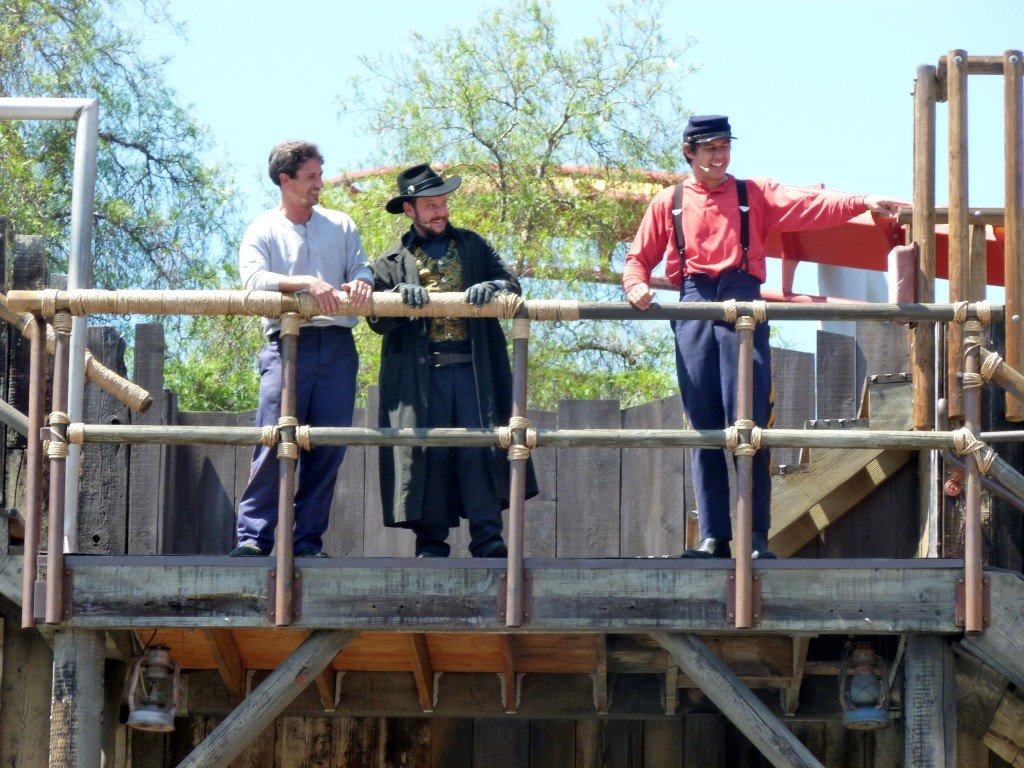 There are a number of live shows that happen throughout the day at Knott’s Berry Farm, and we were able to catch two of them.  The first was a Wild West stunt show, and I have to admit that it was super cheesy and over the top, and the stunts weren’t all that impressive.  That being said, the kids in the audience absolutely LOVED it.  They were cracking up at everything.  So perhaps not geared toward adults but if you’ve got kids they will probably enjoy it.  The other one we saw was a show called Mystery Lodge.  It’s hard to describe exactly what this is, but it has some really cool special effects that made it worth seeing.  The story was a little odd/convoluted, but what they were able to do with the effects was really neat.

Knott’s Berry Farm also has special events going on throughout the year, particularly for Halloween (when you get Knott’s Scary Farm) and Christmas (Knott’s Merry Farm).

All in all I’d say if you’re in the area and have extra time to spend, at least half a day at Knott’s is worth it if you like roller coasters.  Tickets are fairly inexpensive and you can find some good deals (I actually got our tickets for free from using My Coke Rewards points!).  It can’t really compare with Disney (what can?), but it was still fun.

Have you been to Knott’s Berry Farm?  What did you think of it?