You are here: Home / Disney World / Non-traditional things to do in the Disney Parks 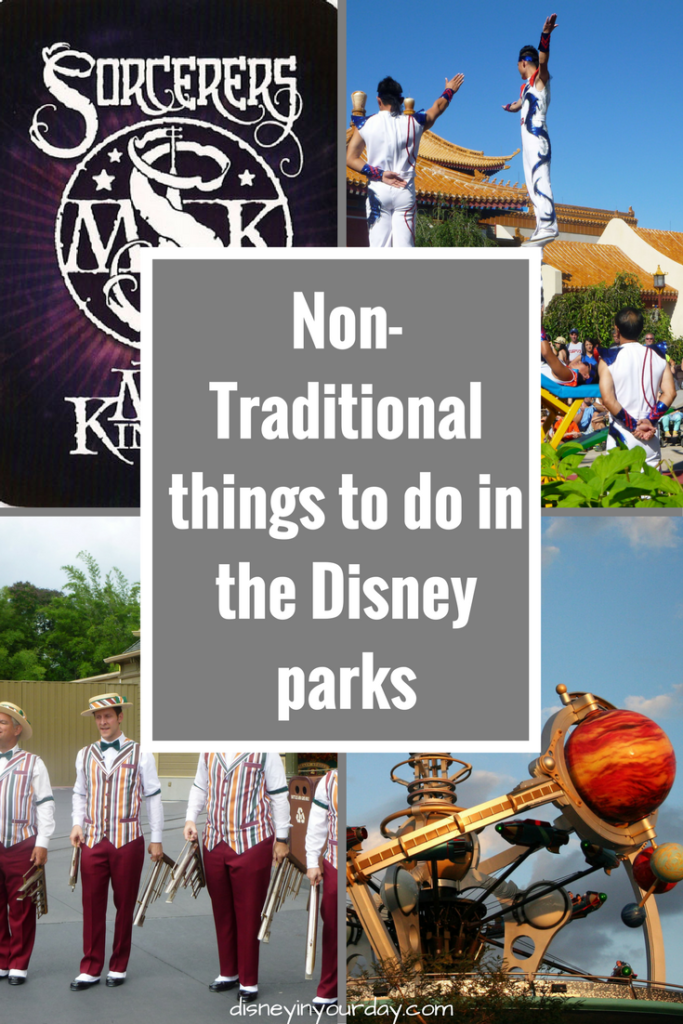 There are tons of fun things to do in Disney World that everyone knows about – however, one of the great things about the theme parks is that there are so many hidden treasures that not everyone knows about!  If you’re visiting Disney World but you want to check out what else there is to do aside from the headliner rides and restaurants, here are some suggestions – hopefully you can discover something new on your next trip!

Ride those rides you absolutely never go on – everyone has them 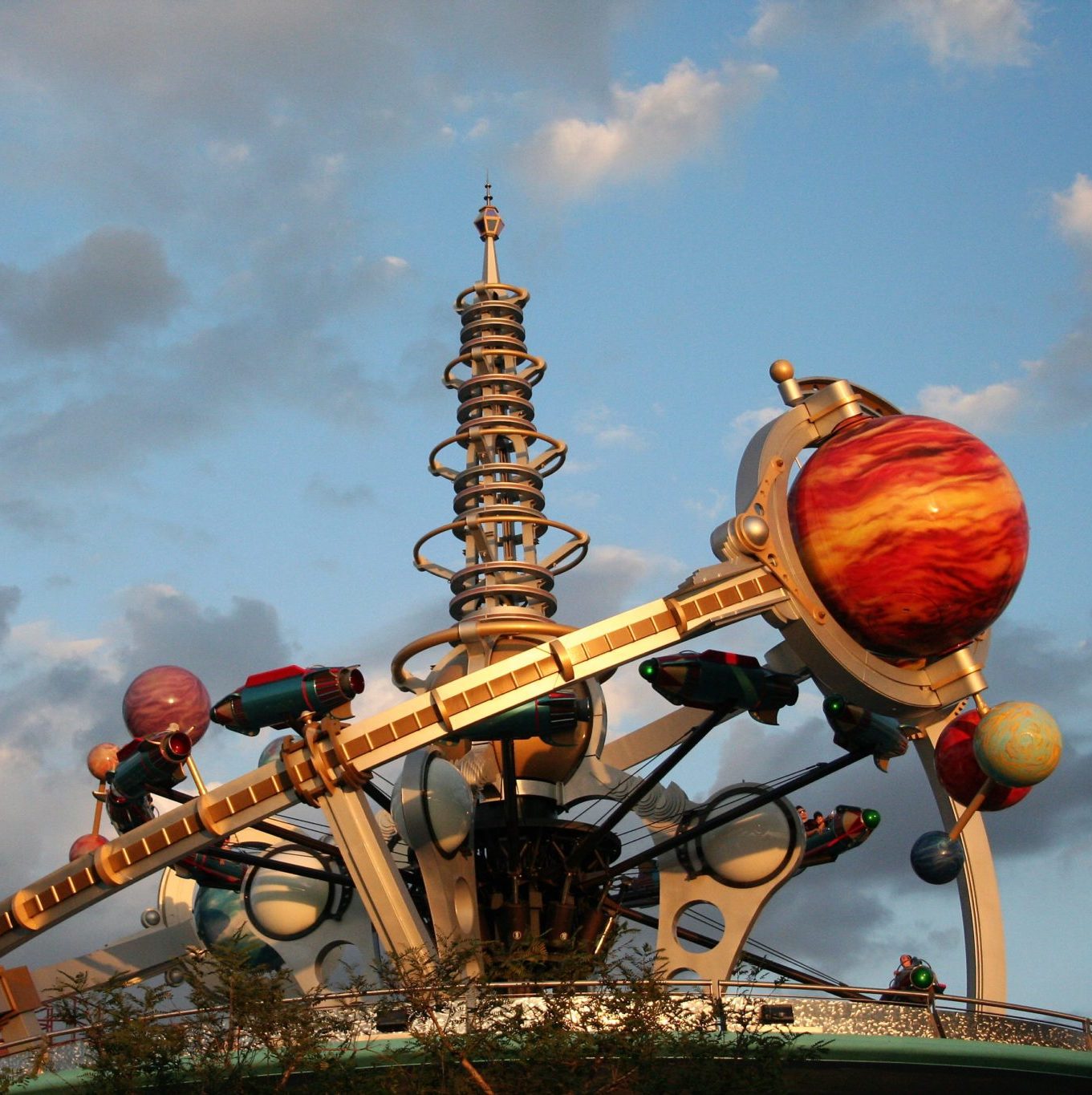 .  Maybe you’ve never done some attractions, or maybe it’s just been awhile since you went on them.   Instead of heading straight to Space Mountain or Toy Story Mania, take a moment to enjoy Astro Orbiter or Walt Disney: One Man’s Dream.

Stop to watch the street performers – there are tons of interesting street performers in all of the parks that people just pass by in order to get to the big attractions!  In Magic Kingdom you might stop to watch the Dapper Dans or the Main Street Trolley Show.  Epcot has the Jammitors in Future World as well as cultural entertainment throughout the World Showcase.  Hollywood Studios has some funny actors on the streets, as well as the very talented Mulch, Sweat, and Shears band.  Finally, Animal Kingdom has DeVine walking around, as well as a band playing in Africa and dancing going on in Asia.

Get a haircut – Believe it or not, you can get a haircut in Disney World!  Head down to the Main Street Barber Shop.  Something popular to do is to get a child’s first haircut here at this very special location.  If you’re not in the mood for an actual cut, you can stop by to get some pixie dust sprinkled in your hair – for free!

Notice all the small details – If you just slow down you never know what you might find.  Disney has done an incredible job at adding tons of details to everything, more than you probably ever imagined.  Take a moment to look around you, and if you enjoy taking photos try capturing some of these lesser known images in addition to your traditional castle shots and family photos.

Drink around the world (or snack) – for many people food and drink is a big part of any Disney trip, and this is especially true in Epcot’s World Showcase.  Drinking around the World involves stopping for an alcoholic beverage in each of the 11 countries – quite a feat, but you don’t have to do them all if you don’t want to!  Just sampling some of the unique aspects that the countries offer is a lot of fun.  And if you don’t drink, they have so many fun and interesting snacks that you could try too!

Shop – Some might think that shopping is just for Downtown Disney, but there’s plenty of shopping opportunities throughout the parks.  While some of them are just your traditional merchandise and souvenir shops, more unique locations are popping up throughout the parks.  The Haunted Mansion has its own gift shop with lots of spooky items, and the World Showcase in Epcot has stuff for sale from the various countries.

What are some of the non-traditional things you like to do in the Disney parks?