You are here: Home / At Home / Marvel Exhibit at the Franklin Institute 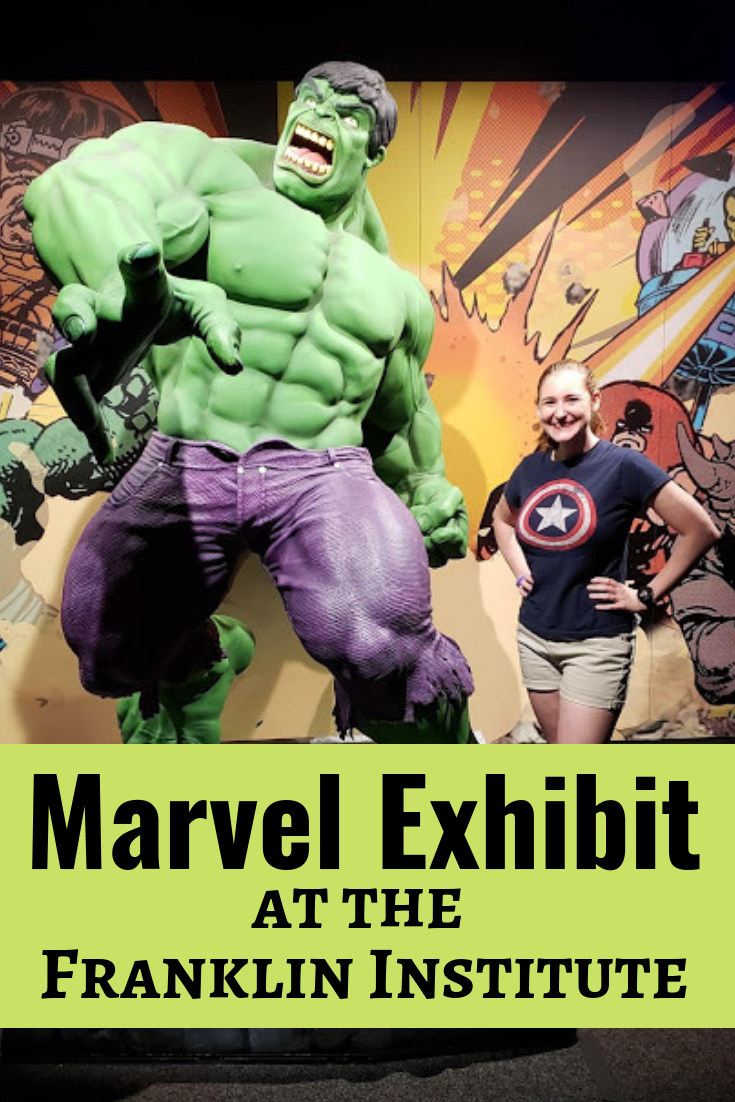 One of my favorite places in Philadelphia is the Franklin Institute. The science museum is fun to visit any time, but they have some great events throughout the year. We love their adults only “Science After Hours” in the evenings, and they also have one or two special exhibits during the year which are always really interesting. A few years ago we attended an exhibit on the Science of Pixar. The current exhibit is Marvel: A Universe of Superheroes.

Daytime tickets are $35 and include general admission to the museum, while evening tickets are $20 but only get you into the Marvel exhibit (the rest of the museum is closed). We spent about an hour and half in the Marvel section but you could easily spend more or less time there depending on how interested you are in looking at everything. The Marvel exhibit at the Franklin Institute had lots of information, but also props and items from both the films and the comics – lots of costumes, props, and original comic artwork.

They have timed tickets available to spread out the crowds a little bit. We chose 3:00pm so we could explore the museum a bit first, then headed to the special exhibit. When you first arrive there is a 5 minute video that explains some of the history of Marvel comics. I actually thought the video was super interesting – even though I know the Marvel movies fairly well, I don’t know much about the comics or the company prior to 2008. So I learned a lot both in the video and throughout the exhibit. 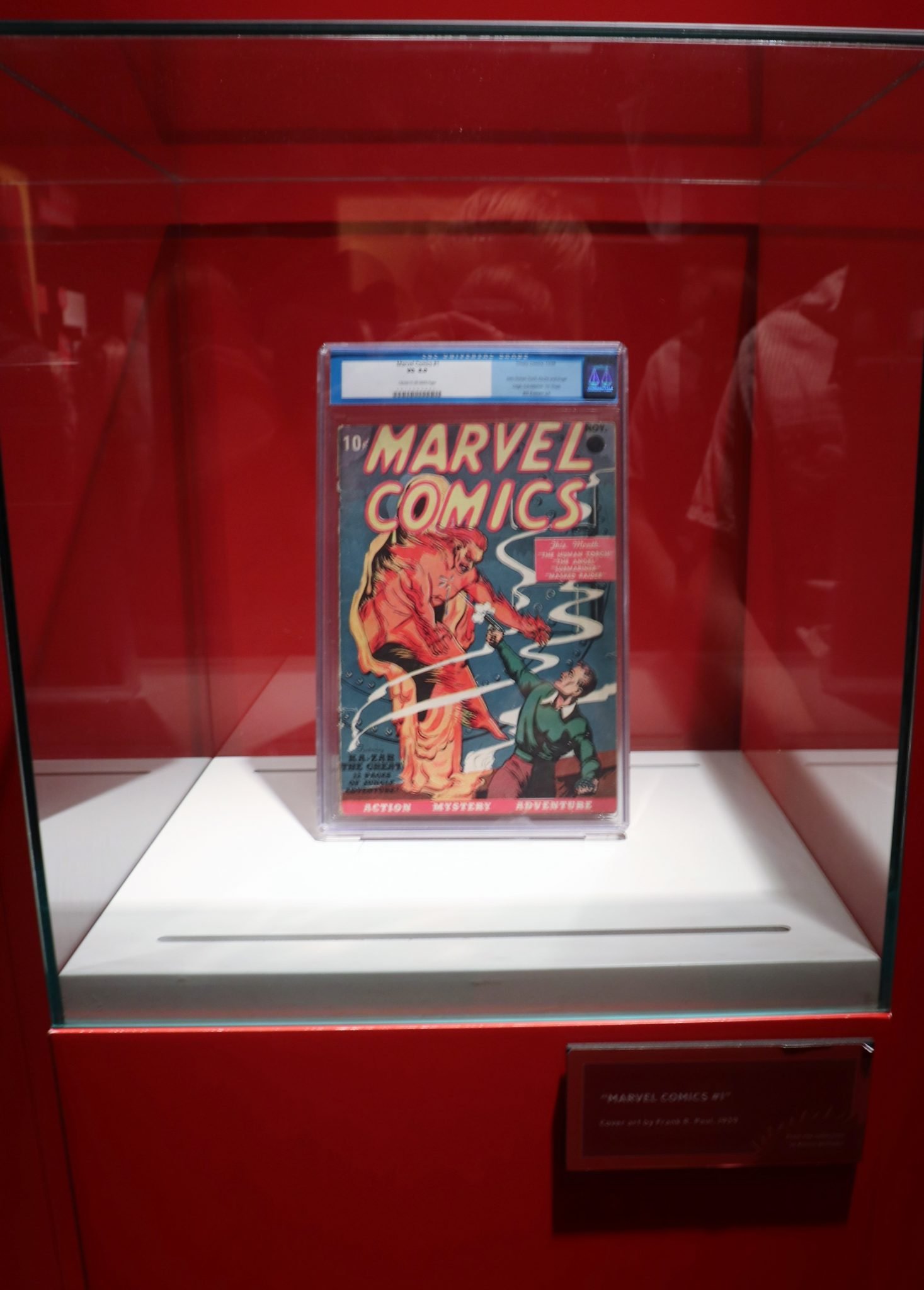 It starts off mostly chronologically, beginning with a lot of superheroes and comics I’d never heard of, including many original sketches. It was also fascinating to learn how censored comic books were in the 1950’s. Parents were afraid kids were being affected by the violence and horror appearing in comics, so new rules were created – they included things like “the good guy always has to win” and “no use of vampires, zombies, etc.”

After the introductory area the rest of the exhibit is divided by superhero. It starts off with the Fantastic Four, then is followed by Black Panther, Spider-man, and an area on each of the Avengers. All of these have information and items from the comic books and the films, as well as a few fun photo ops! We couldn’t resist taking some fun photos. 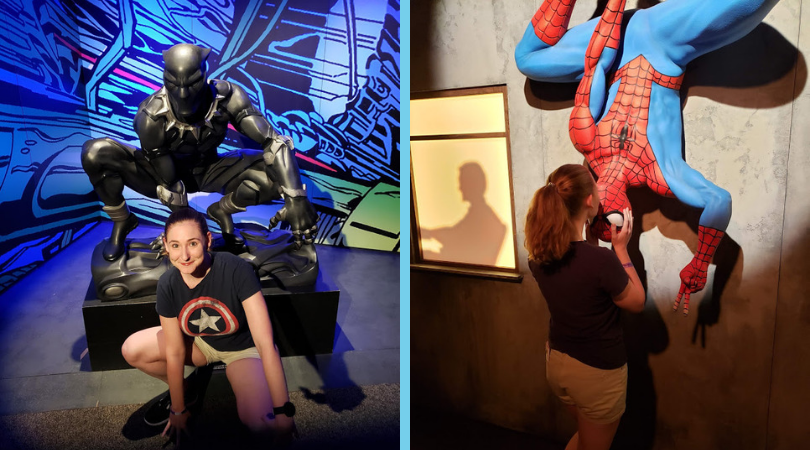 There was a section on each of the Avengers, going through Iron Man, the Hulk, Thor, Captain America, and Ant-Man. I really enjoyed reading about the comic books and how different the characters are in some ways in the comics than they are in the movies. I love Ant-Man and learned a lot there, particularly about the Wasp. Did you know that the Wasp in the comic books (Janet van Dyne) actually led the Avengers for awhile? In fact, she was in charge longer than any other superhero except for Captain America. So cool! 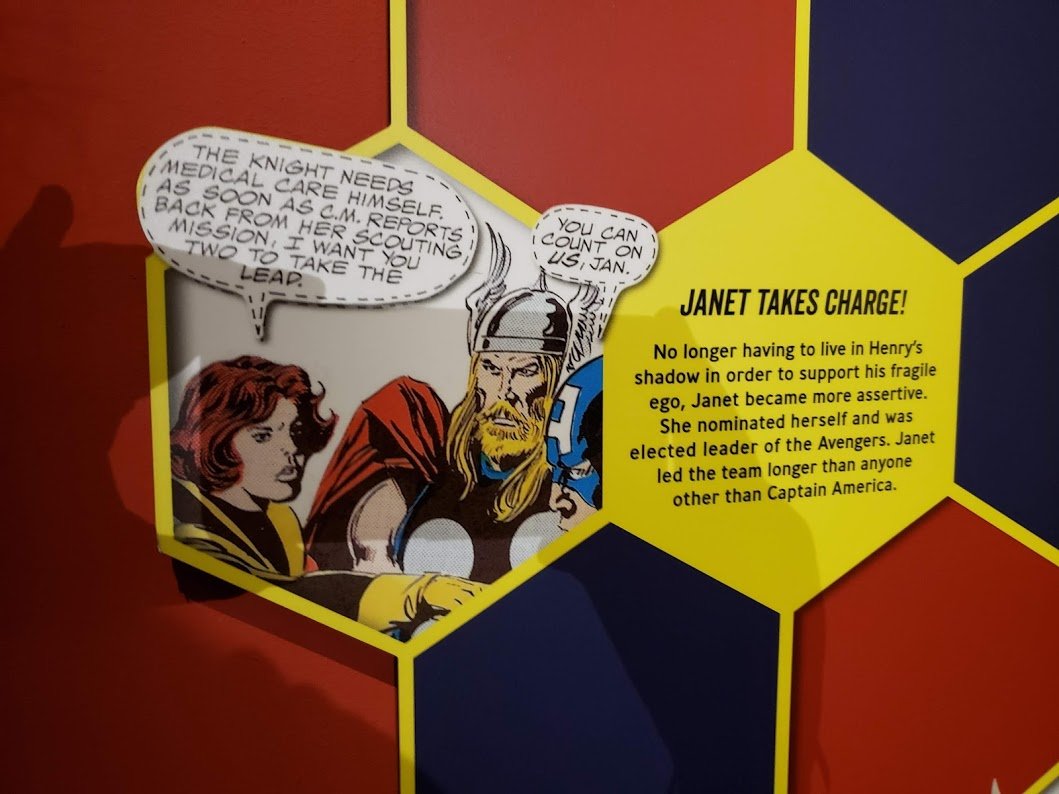 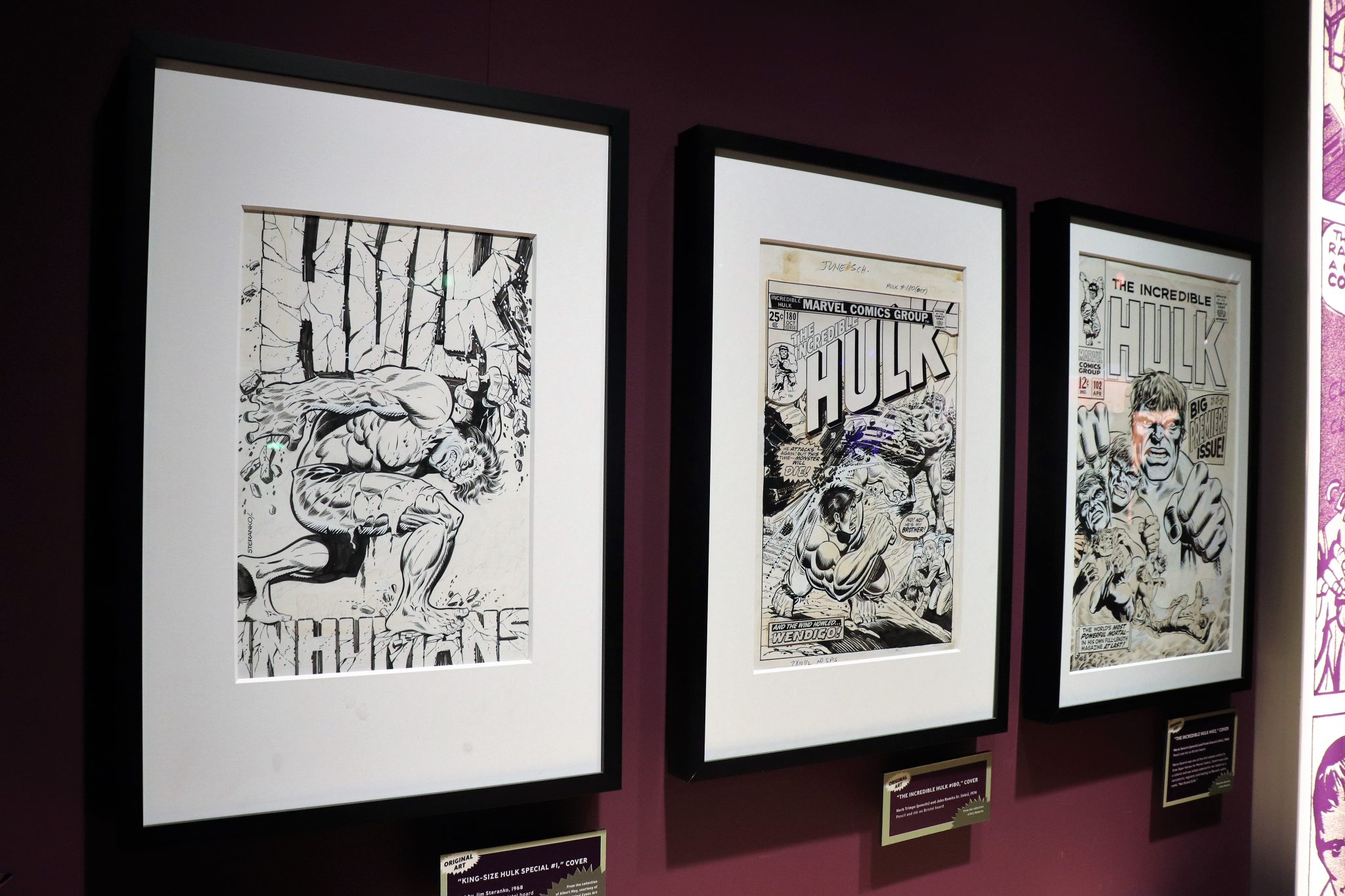 And this section had plenty of costumes and props from the various films. We saw a number of the different Iron Man suits, Black Panther costumes, Tom Holland’s outfit from Spiderman: Homecoming, Captain America’s outfit and shield, Thor’s outfit and hammer, Loki’s helmet, and others. 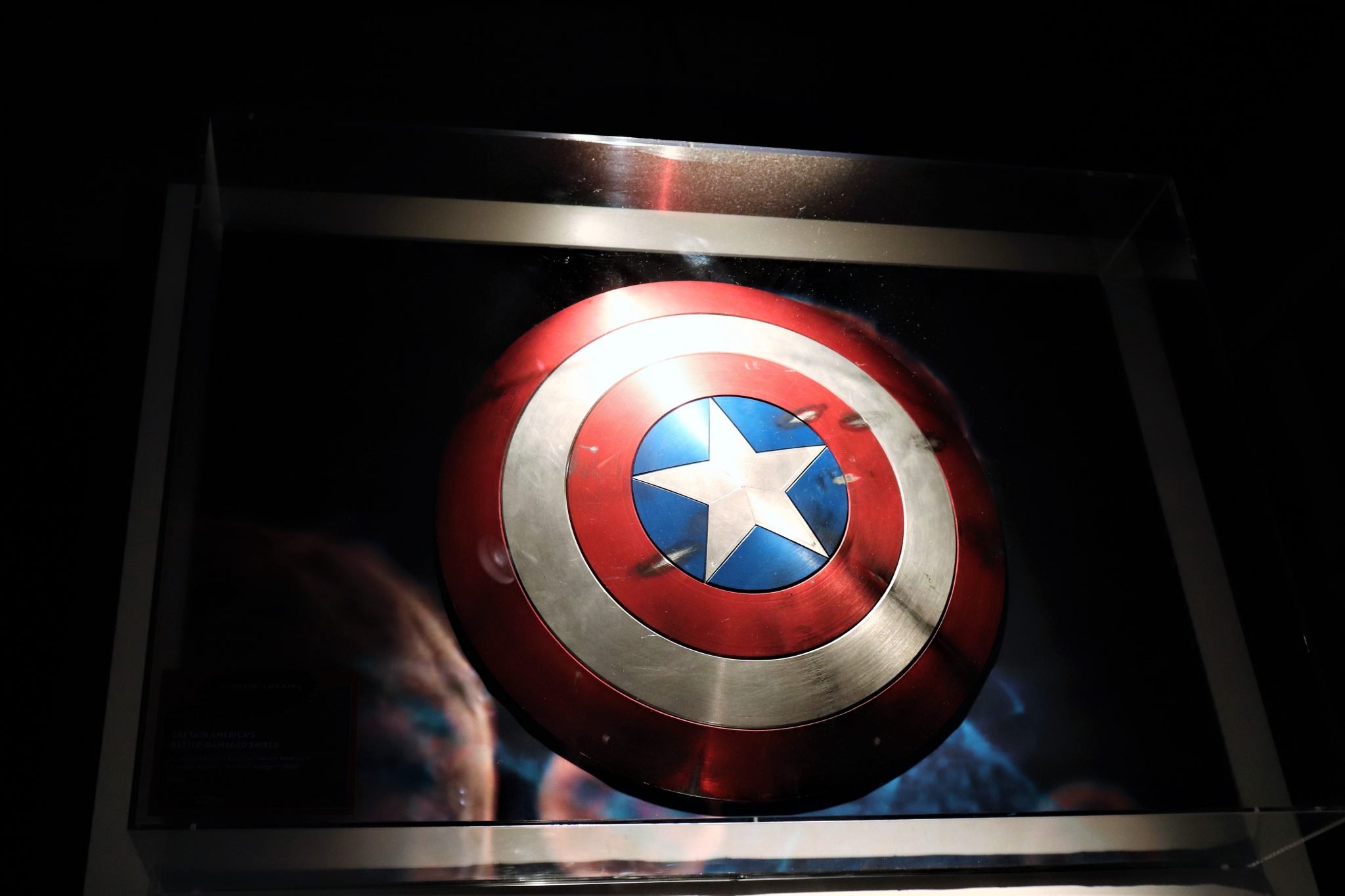 There was information on some of the smaller Marvel franchises, including many that have been made into TV shows like Luke Cage, Jessica Jones, the Runaways, etc. The final sort of area that you entered was the “other worlds” and space area. First you went through a Dr. Strange exhibit – they really made it look quite cool! 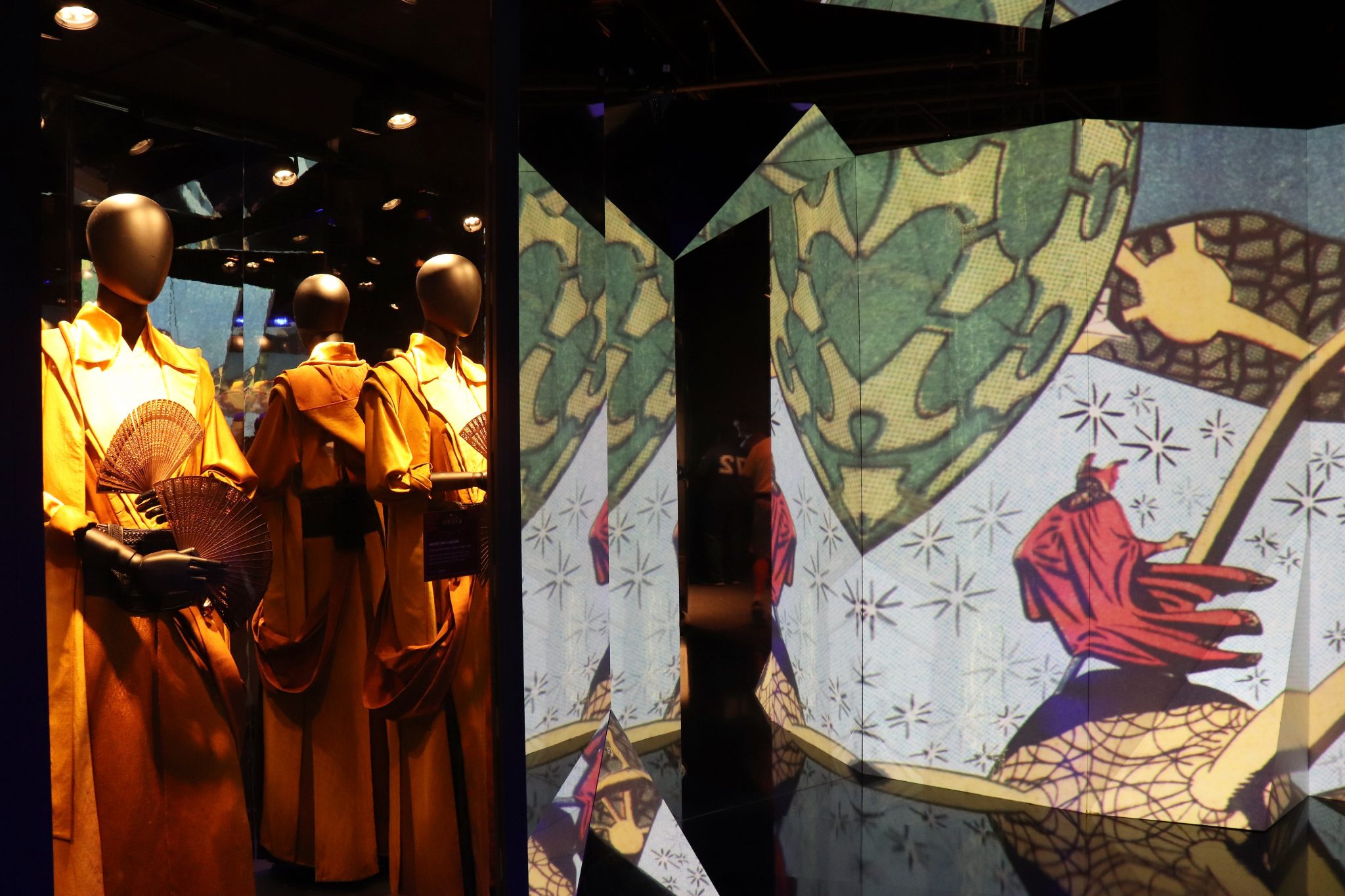 Then the main features after that were Captain Marvel, Guardians of the Galaxy, and Thanos. 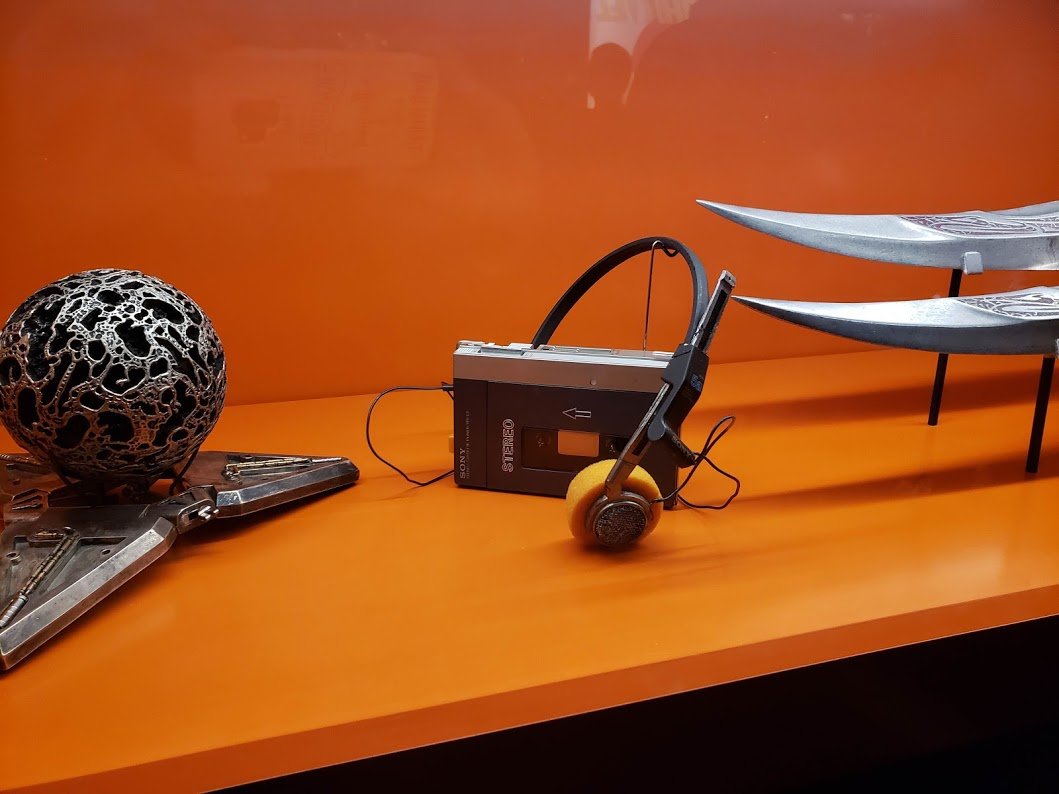 There was also one interactive bit in the museum, where you could vote for your favorite Superhero. I assume it’s been tallying up the votes since the exhibit opened in April. I cast my vote for Captain America. I was actually rather surprised by the #1, and the top 3 in general – I had kind of thought Iron Man and Captain America were the main favorites. But I’m super excited to see Black Panther getting so much recognition! 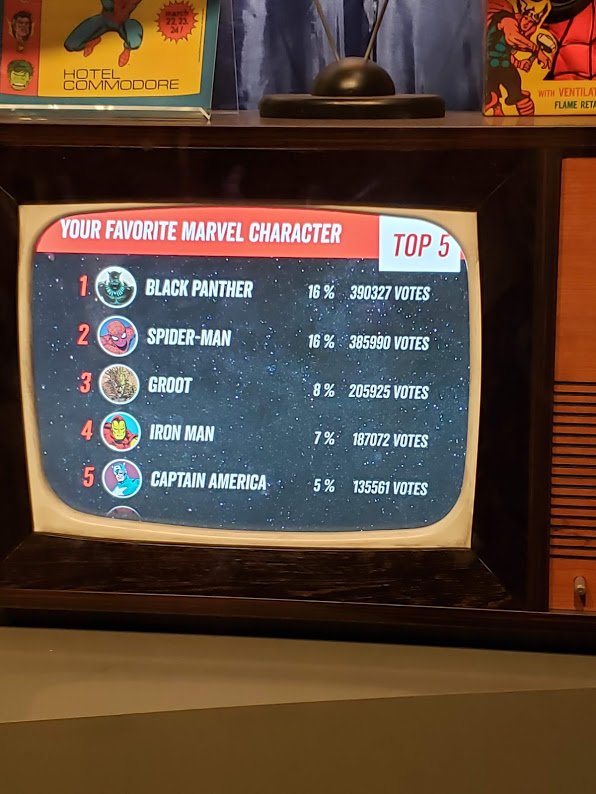 Finally the exhibit ended as all good exhibits do – in a gift shop. There was a variety of Marvel items you could purchase there. Lots of t-shirts, POP vinyls, and other fun things. They also had a bunch of comic books available. We didn’t purchase anything but did take a look at a lot of the fun items!

Marvel: A Universe of Superheroes will only be on display at the Franklin Institute until September 2nd, so if you’re in the Philadelphia area make sure you get there soon! I have a feeling this exhibit will be making its way to other museums soon, so if you’re not in my area keep an eye out for where it might be next.

Which superheroes would you be most excited to learn about in the Marvel Exhibit at the Franklin Institute?