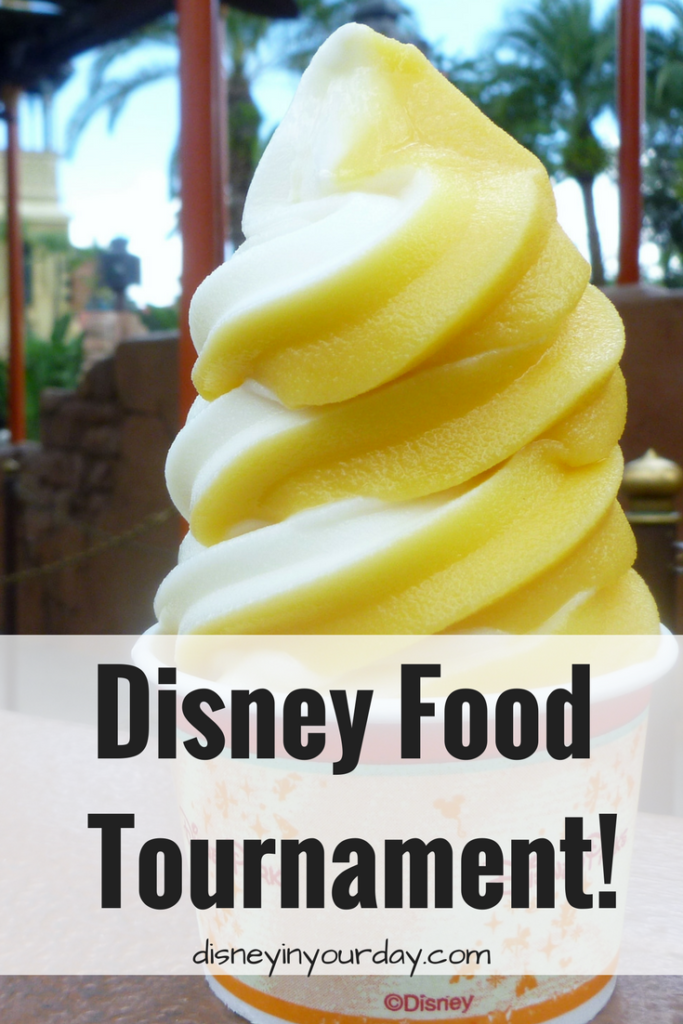 Every March I like to get Disney fans to vote in a bracket style tournament for something Disney related – In the past I’ve had my readers vote on their favorite attraction (Haunted Mansion), favorite restaurant (Jiko), animated Disney movie (The Lion King), and Pixar movie (Toy Story).  This year, while searching for  new topic, I decided to go back to one of my favorite things: food!

At first I was concerned I wouldn’t be able to think of 32 different food items, but that turned out to not be a problem.  I decided to use both the snacks that everyone knows about (dole whip, Mickey bars) with some that are popular with the more “die-hard” fans but perhaps not known to the average Disney guest (zebra domes, cheddar cheese soup).  So I’ll curious to see how it all goes!

Some of the decisions might be hard, especially as we narrow it down more.  There are so many great Disney foods to eat!  But do your best to pick your favorite, and may the best snack win!  We’ll advance to the next round the following Monday.  So vote now! 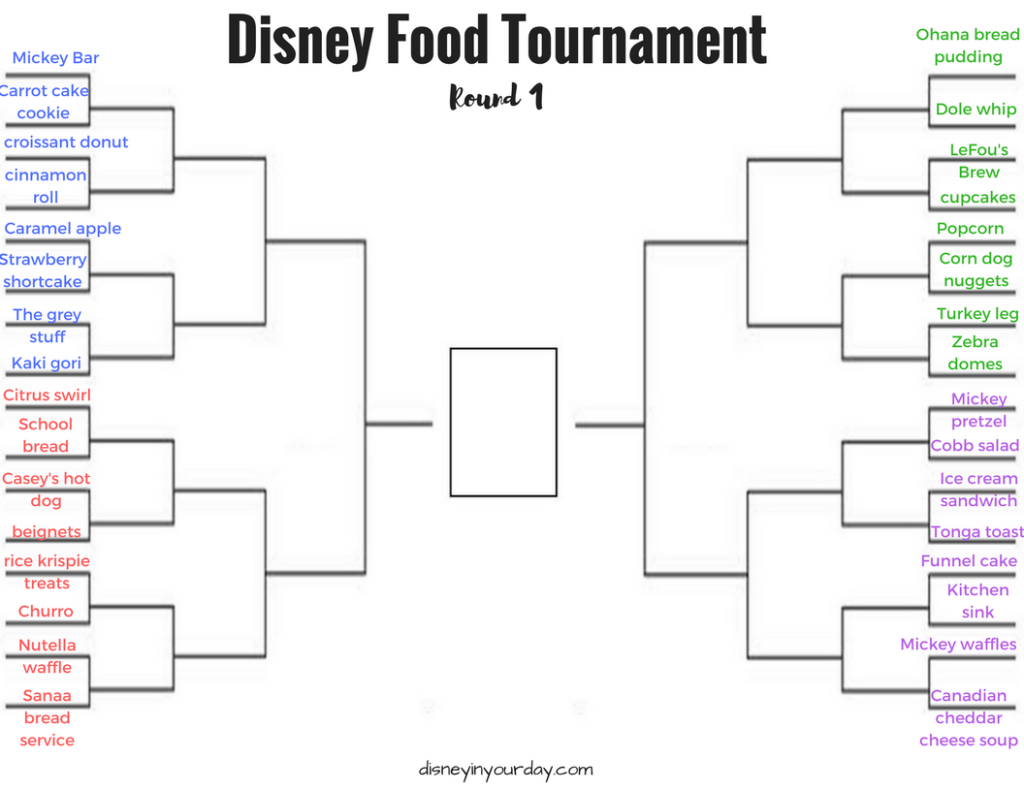 The grey stuff or kaki gori?

Funnel cake or the Kitchen sink?

If there are some snacks you’re unfamiliar with, I figured I’d share the locations of them in case it rings any bells.

Which snack are you rooting for the most?