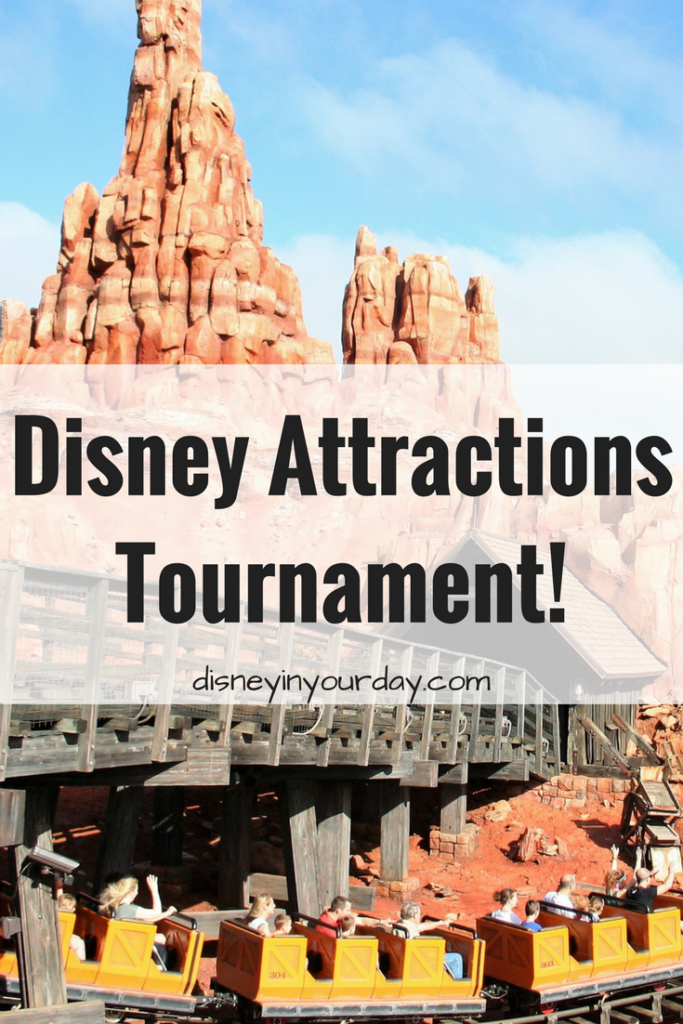 Round 3 was a bit of a tough one for me!  Out of the 8 attractions still remaining, 3 of my top 4 favorite rides remained.  But now that the voting is done, only 1 of those rides has made it through to round 4.  I sadly say goodbye to Expedition Everest and Splash Mountain (as well as Big Thunder Mountain Railroad and Test Track).

Were you surprised by any of these outcomes?  The closest race by far was Soarin’ vs. Splash Mountain, and I honestly did not expect Soarin’ to win!  I love Soarin’, but Splash feel like a classic that is beloved by many.  I wasn’t sure how Pirates vs. Big Thunder would go down either, but I’m okay with the results there.

This means we’re down to the final 4!  The special rides which have this honor are Haunted Mansion, Pirates of the Caribbean, Kilimanjaro Safaris, and Soarin’.  I know which ride is my personal favorite – but I also don’t think it has much chance of winning!  I have a pretty strong suspicion as to which ride we’ll see come out on top, but let’s see what the people have to say!

So go ahead and vote below – there’s only 2 polls this time since we’re down to 2 match-ups.  Your votes count more than ever now! 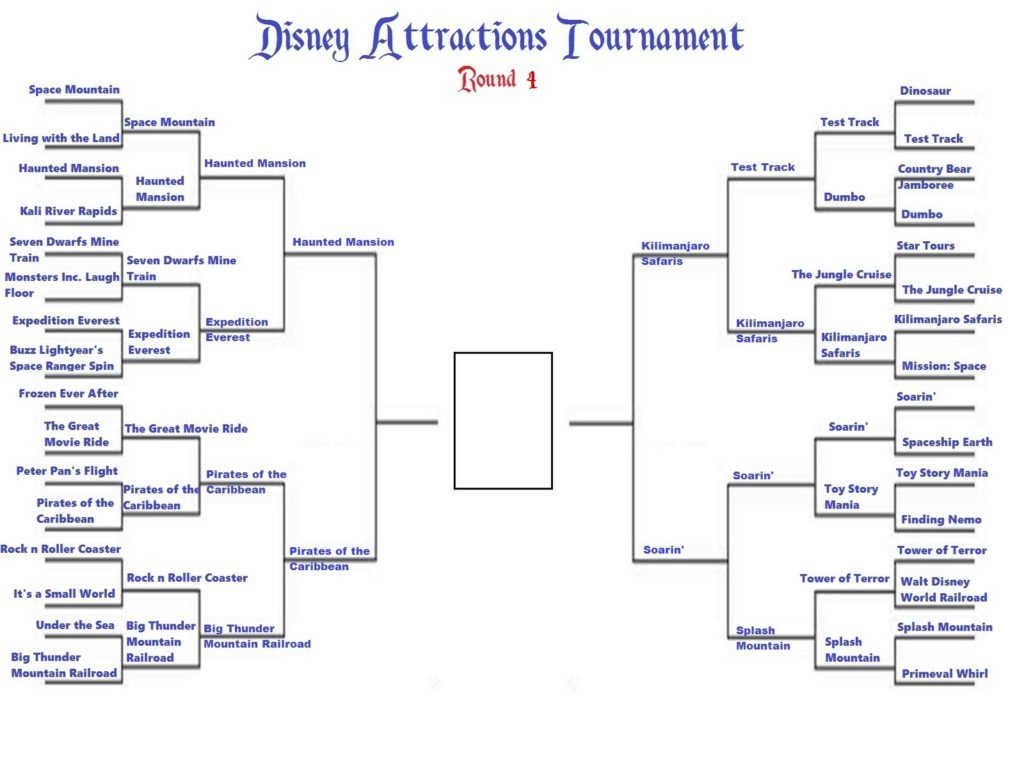 Haunted Mansion or Pirates of the Caribbean?

Which attraction do you think will be the ultimate winner?  What are you rooting for?