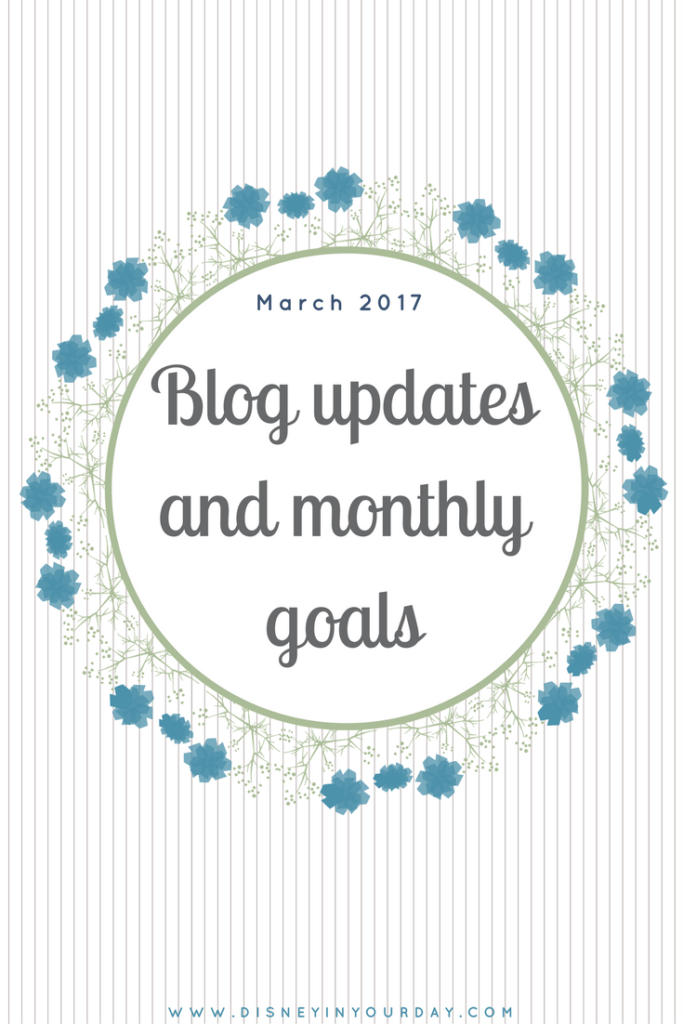 Not gonna lie, 2017 is kicking my butt.  I just feel like I’m constantly one step behind everything.  I can only hope for things to slowly get better and to feel like I have a handle on life.  I used to have a number of blog posts written in advance and ready to go out and publish (like at least a week’s worth) and right now I don’t have any.  I know I don’t have to post as frequently as I normally do, but I still put pressure on myself to do it.

I did visit Disney at the end of February and I so needed that trip.  It was a solo one but it was pretty much amazing.  Relaxing, fun, and I got to see some good friends.  I ran the Enchanted 10k and the Princess Half Marathon.

Here’s how I did with my February goals from last month:

Gonna try and keep the goals simple this month to hopefully give me time to feel like I’m caught back up.

What are your goals for the month?