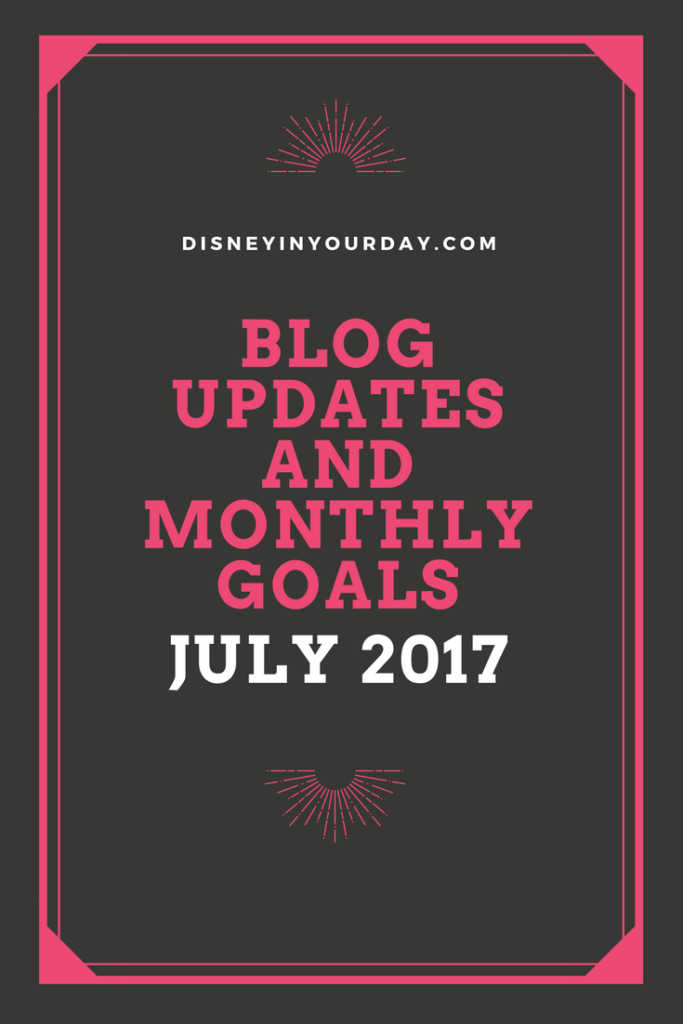 July means that we’ll be celebrating the blog-iversary soon.  I have now been writing Disney in your Day for 4 years, and as of this post I have published 861 blog posts.  So much of my time and effort has gone into this blog, and I still absolutely love writing it and sharing it – hopefully some of you like reading it too! 😉

In about a week and a half I’ll be headed to D23, so I’m hoping to have lots of new and exciting Disney news from that!  Posts in the first half of July might be a little light as I prepare and attend that event, as well as visiting Disneyland.  But then I should hopefully have plenty to write about!  I’m looking forward to trying the new Guardians of the Galaxy version of Tower of Terror, eating at Ariel’s Grotto, and doing the Walk in Walt’s Footsteps Backstage Tour on July 17th – the anniversary of the opening day of Disneyland.

Let’s see how I did with my June goals last month!

What are your goals for this month?