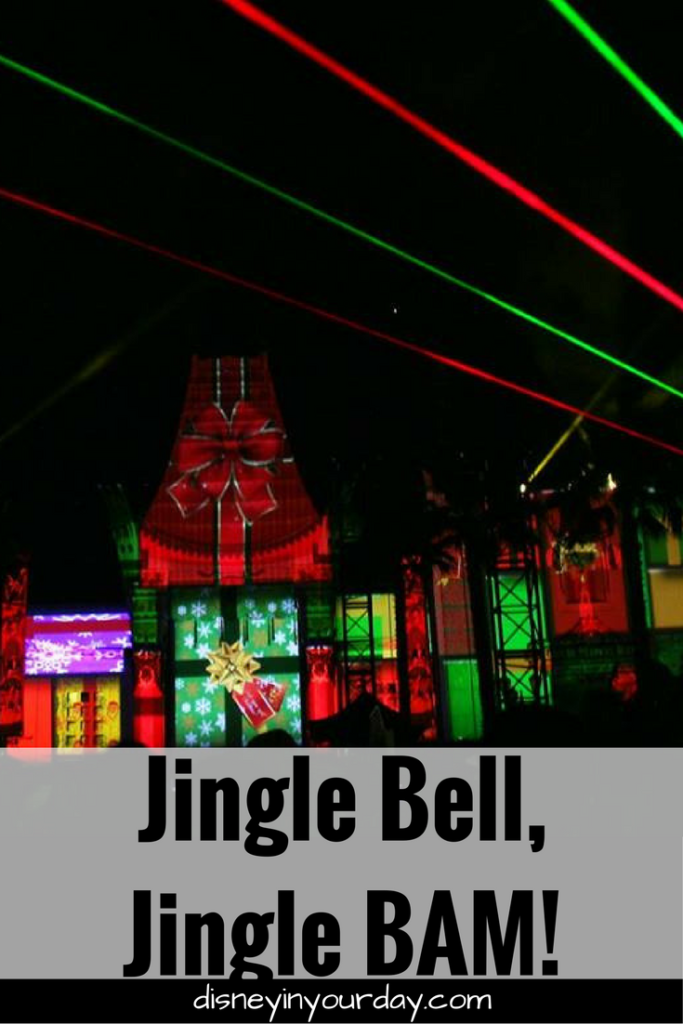 I think it was almost necessary for Hollywood Studios to add something new for the holiday season, given that this year was the first year that they didn’t have the Osborne Lights, one of the most beloved Disney Christmas events.  Jingle Bell, Jingle BAM! is what they came up with for 2016, and I got the chance to watch it during my short weekend trip recently. 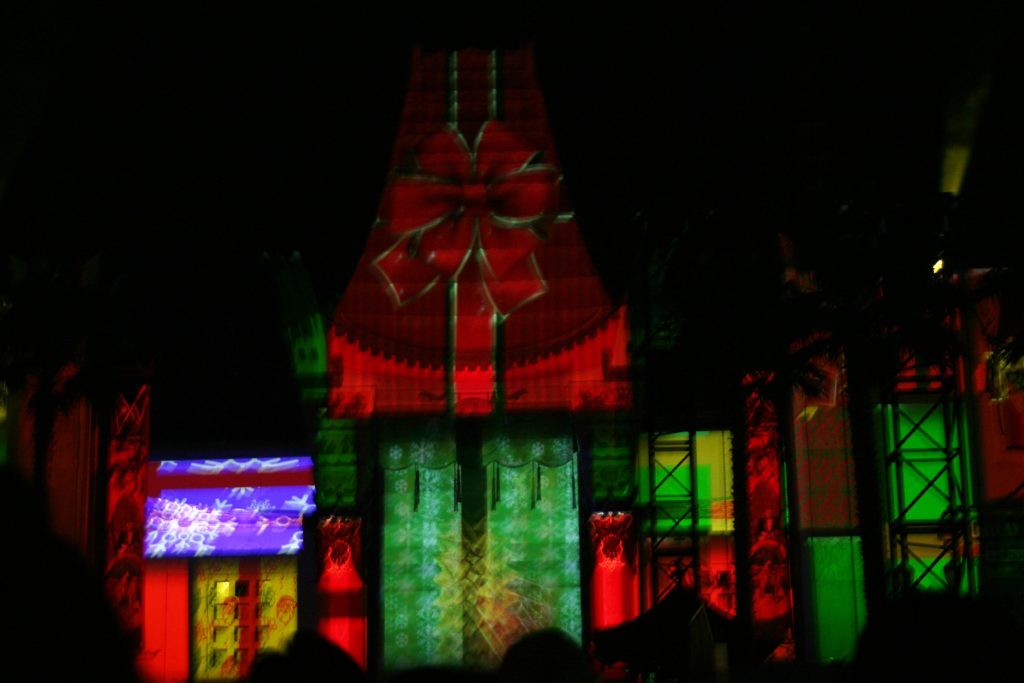 In terms of what this “nighttime spectacular” actually is, it’s a combination of projections, lasers, and fireworks.  Most of the emphasis is placed on the projections onto the Great Movie ride.  It’s not really a “fireworks show,” though fireworks are a part of it. 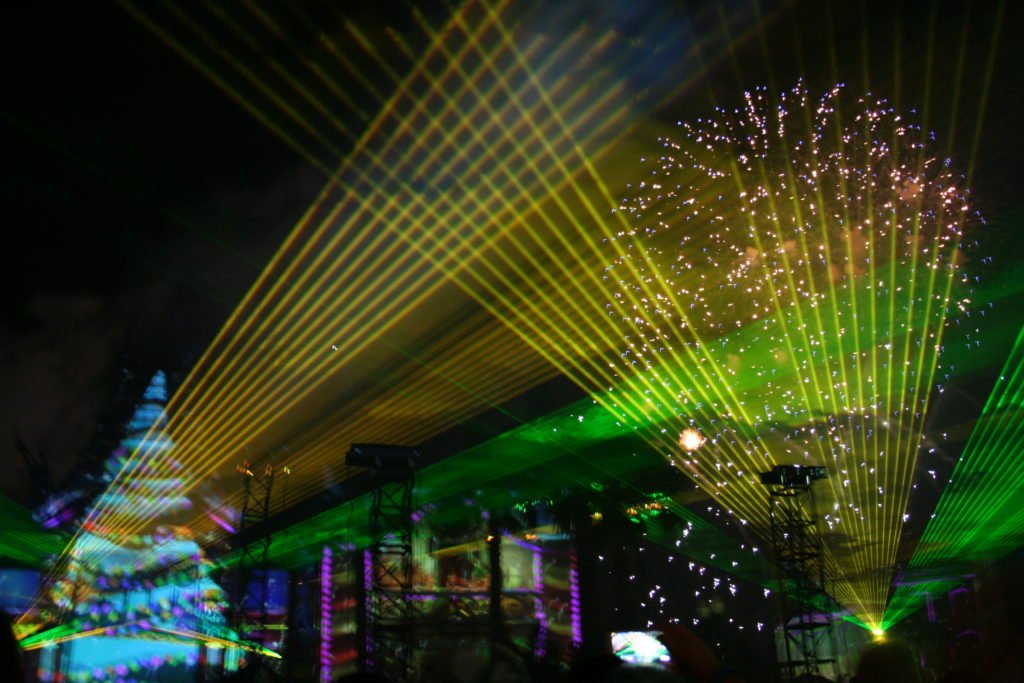 Jingle Bell, Jingle BAM attempts to tell a story, but it’s like it couldn’t decide if it wanted to do that or just play Christmas music with fun projections.  It kind of alternates between both, which is a little weird.  The story is that Santa Claus has been kidnapped, and the elves Prep and Landing have to go on a journey to find him and bring him back for Christmas. 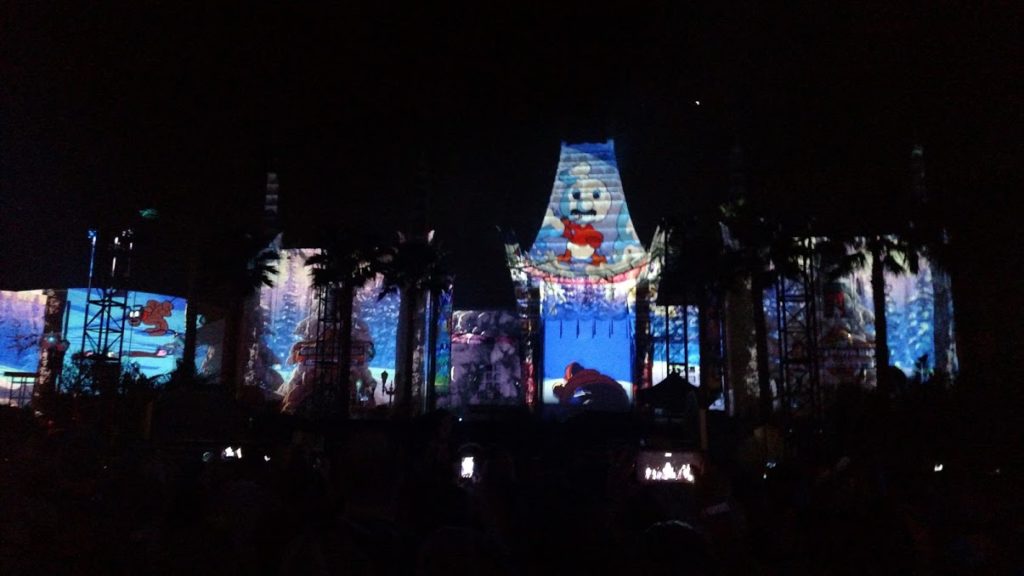 Then there are a couple of classic Christmas songs playing with scenes from Disney movies included.  I really liked the bit that focused on ice skating and had various scenes of Disney characters ice skating, including Riley and Joy from Inside Out.

I did quite enjoy the show.  The Christmas music was my favorite part – it really got me into the holiday spirit and it’s fun to be able to sing along while “snow” falls around you and Christmas trees, presents, and other projections dance around on the Great Movie Ride.  While the Prep and Landing plot was a little silly it was still very cute.  It was a decent show if nothing truly spectacular.  I hate to have to compare it to the Osborne Lights because there’s honestly no comparison.  The lights were just breathtaking, awe-inspiring, and incredible.  This is a fun little show for the holidays.  If you’re in Disney in the next two weeks, definitely check it out.  I don’t know that they’ll bring it back next year or if we’ll get something new.

What do you think of Jingle Bell, Jingle BAM!?