You are here: Home / Disney World / How to survive Star Wars: Galaxy’s Edge 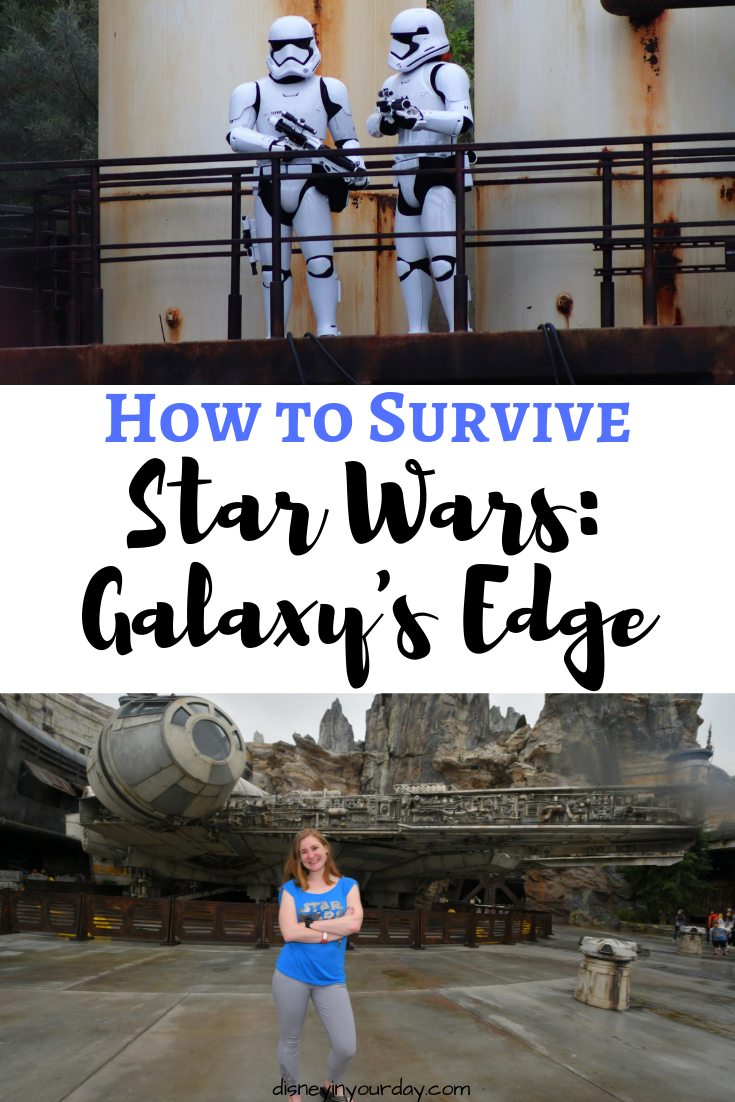 While Galaxy’s Edge already opened in Disneyland, they have done so on a reservation system that has kept everything under control. Eventually this reservation period will end (and Disney World won’t be doing one at all). So what should you expect at that point? Whether you’re visiting either coast within the next few months or you’re not going for another year or more, I have some advice to help you make the best of your time in Galaxy’s Edge. 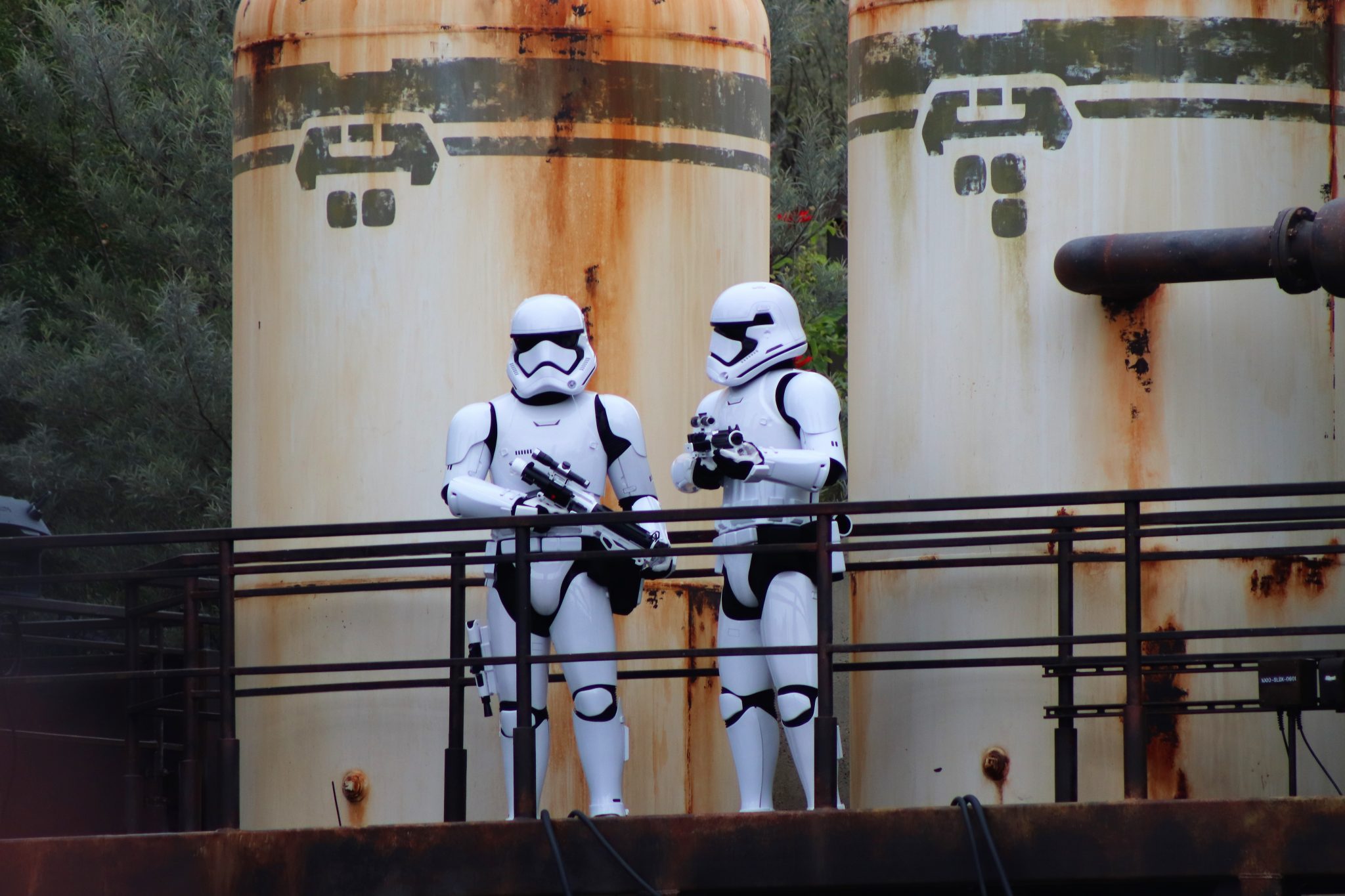 Don’t expect to do everything

This is true for every Disney park, but especially Galaxy’s Edge. There is a lot to see and do there, and much of it will have long waits or hard to get reservations. Pick one or two things which are your top priority and do them first – everything else will be a bonus.

Stay up to date on news and changes

Starting on June 24th, Disneyland will be opening Galaxy’s Edge without the advance reservations – but they are still sharing information on how they will be handling crowds, which includes making day-of reservations from your phone for certain experiences. Disney World doesn’t have a reservation system but presumably they will be doing something to manage the crowds. Stay as up to date as possible so you know the latest of what to expect and to take advantage of how the system will be working. 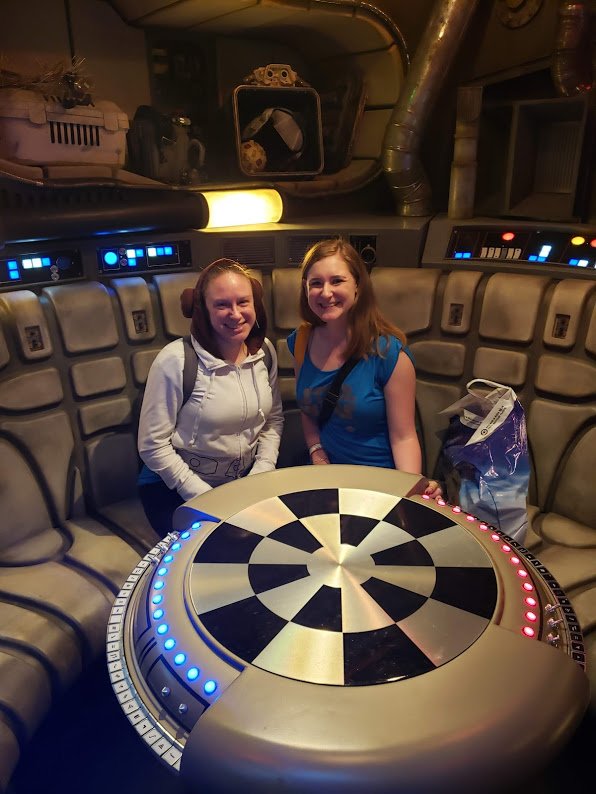 There’s no doubt that the early bird gets the worm when it comes to Star Wars.  Disneyland has announced they will be doing a virtual queue, which will notify them when they can enter the land. Presumably that means at some point the queue will become full for the day, and I’m willing to bet that happens pretty early on.

Disney World is doing extra extra magic hours for guests staying on Disney property, meaning that the park will open at 6am. This will certainly be the best time to experience things, but to get inside the park by 6am you’re talking about a 4am wake up call.

This is mostly for Walt Disney World, but staying on property is going to be a huge advantage for the first few months.  Those extra extra magic hours will only be available for Disney resort guests, so you’ll get in before the general public.  If you’d like help planning and booking your trip at no extra cost, send me an email at [email protected] and I’d be happy to help you!

No monorails at the value resorts

The details are a huge part of what makes Batuu such an interesting place. There’s lots to see and do without actually being on an attraction. Instead of stressing yourself out about long wait times, just take some time to explore. Especially for Star Wars fans, there are lots of fun easter eggs around. Plus, the Disney Parks Play App has a ton of cool activities that you can do to interact with the land right from your phone!

Have fun with photos

Just like enjoying the details, taking lots of photos is something that you don’t really have to wait around for (you might wait in Photopass lines for a little bit, but nothing like the Millennium Falcon attraction).  There are a number of Photopass locations which are fun, but explore and see where you might be able to take your own photos too. Capture those little details, or the characters passing through. 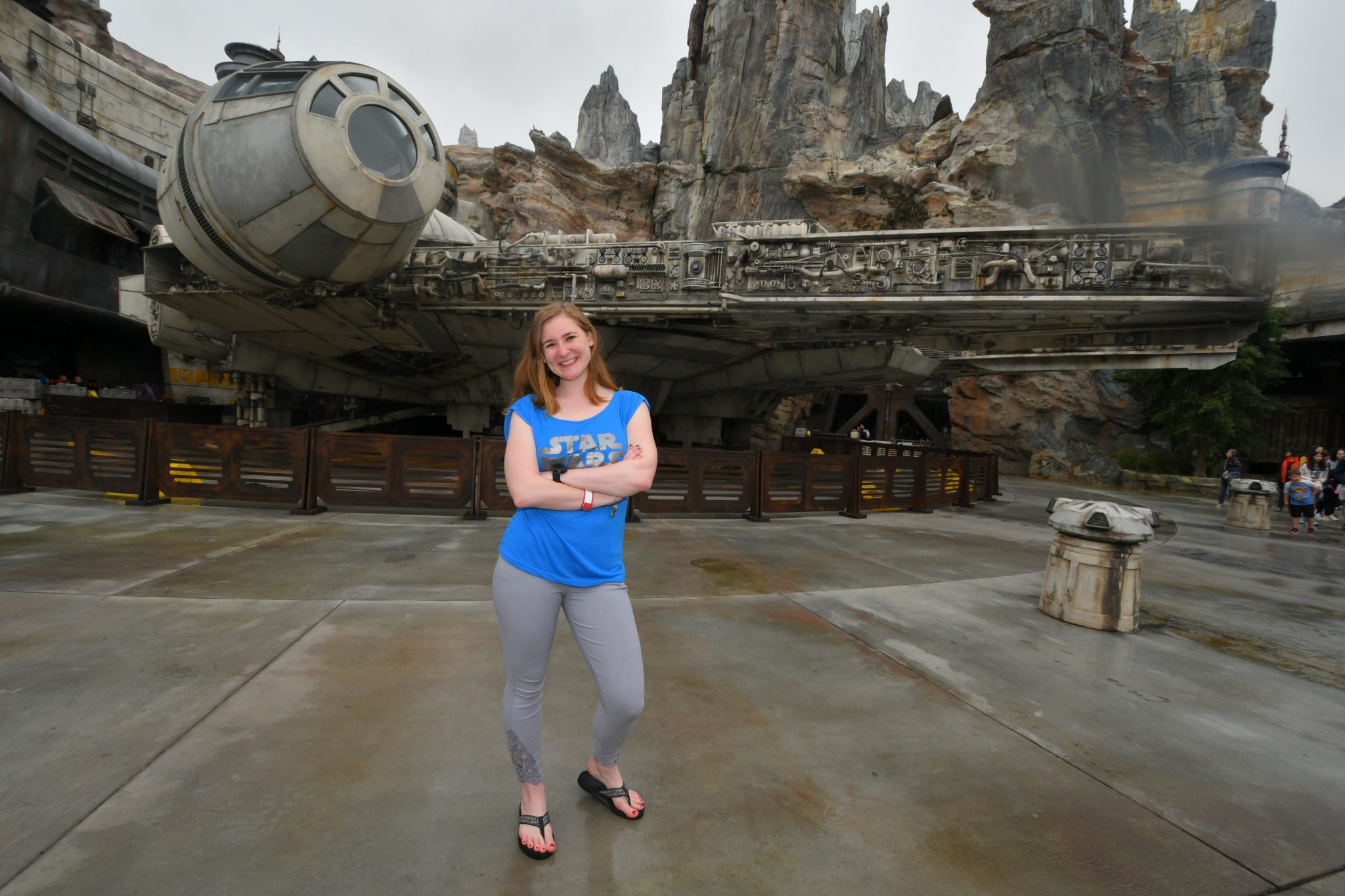 My theory is that it’s probably better to plan more than 1 day in Galaxy’s Edge. Especially if you’re in WDW and staying on property, you can take advantage of those extra extra magic hours more than once. Plus, you never know what might happen. Fingers crossed, but what if the Millennium Falcon breaks down the day you’re there? You can always go back and try to ride another day.

If you think you might be tempted by merchandise, I’d set aside a certain amount of money you’re willing to spend and bring it with you. Otherwise you may find yourself spending way more than you anticipated! The merchandise at Galaxy’s Edge is pretty amazing. Even as someone who isn’t a hardcore Star Wars fan, I bought more than I expected. I’m not saying everyone will get suckered into buying a $75 beer flight with souvenir rancor teeth glasses, but… 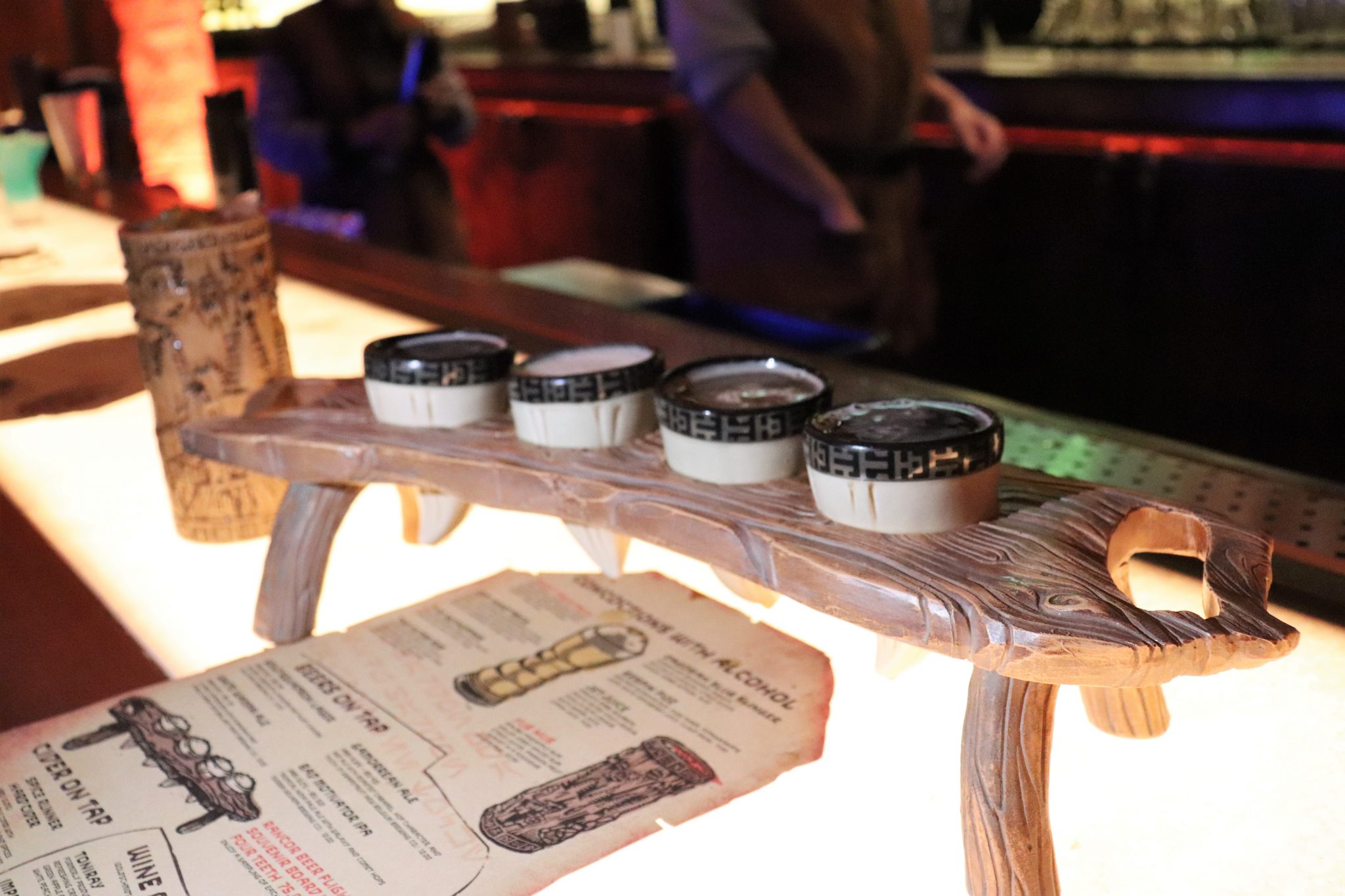 This goes for all Disney trips, but dress comfortably!  If you are concerned about waits and want to get places fast, wear shoes that you can walk in. Keep in mind the costume policy that Disney has as well – those over 14 cannot wear costumes. So as much as you might want to bring your Jedi robes, you’ll have to leave them at home (you can still Disney Bound though!). I have some great suggestions for what to wear to Galaxy’s Edge here!

This should probably go without saying, but… stay polite. To other guests and especially to cast members. Everyone wants you to have a good time, but there will probably be things that go wrong. The stress of a situation like this can get to people, but do your best to stay calm and pleasant towards others. Disney will do everything they can to work things out for you, or to make up for it in some way. When the merchandise you want is sold out or you don’t get into the cantina, don’t take it out on their front of the line cast members. 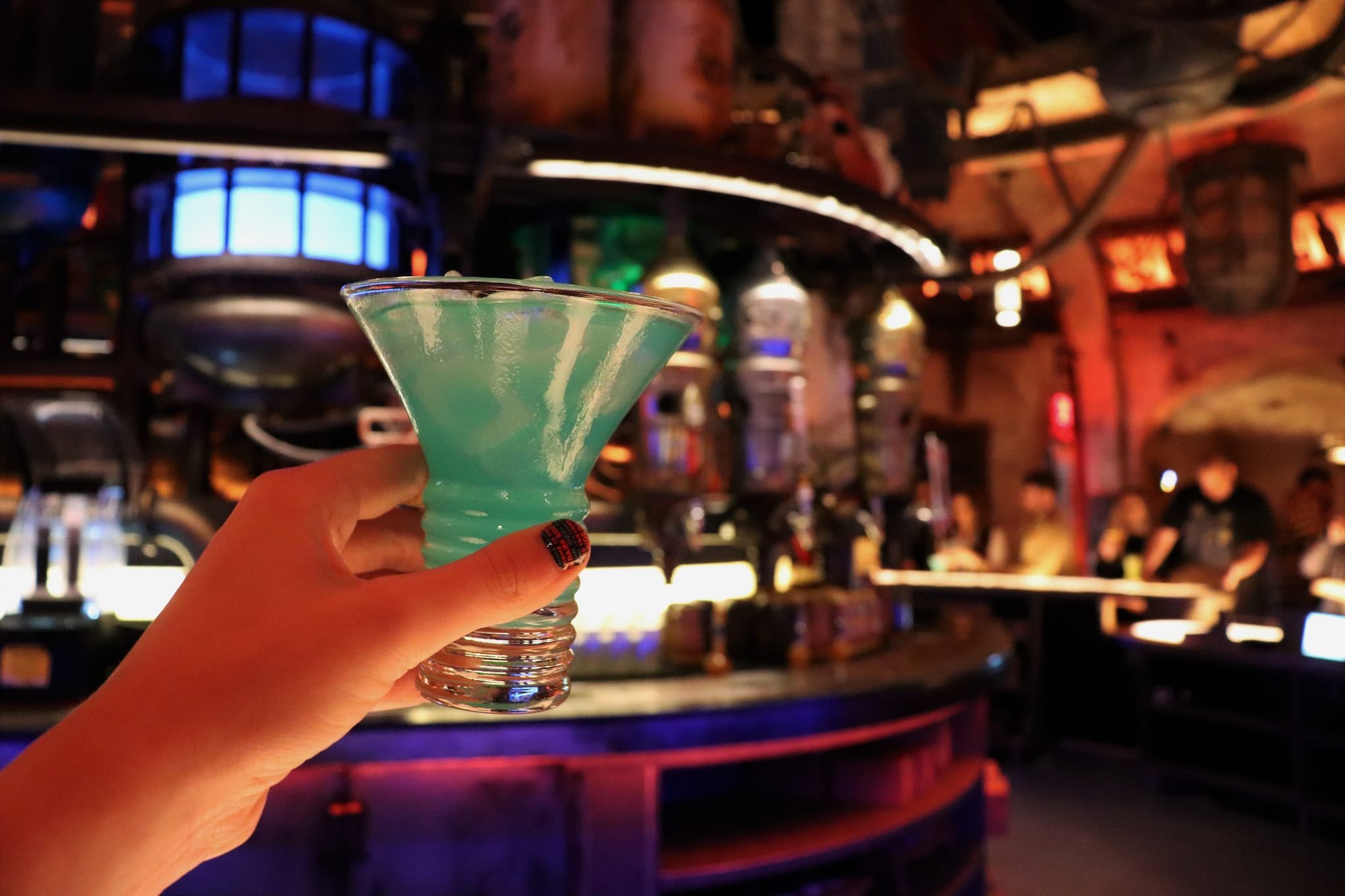 Go to the other parks

If it gets to be all too much for you, head to one of the other parks. In Disneyland you can visit California Adventure, and in Disney World you have the options of Epcot, Magic Kingdom, and Animal Kingdom. I’d recommend a park hopper pass for any visits that might involve Galaxy’s Edge, so you can get out of Hollywood Studios if it gets to be too much.

Don’t go at all

If the idea of crowds and long waits really stresses you out, don’t go to Galaxy’s Edge – at least not right away. I would at least wait until we see how things go, what the turn-out truly is, and how Disney handles it. Until we see how it all works out there’s really nothing we can do to predict all of this.