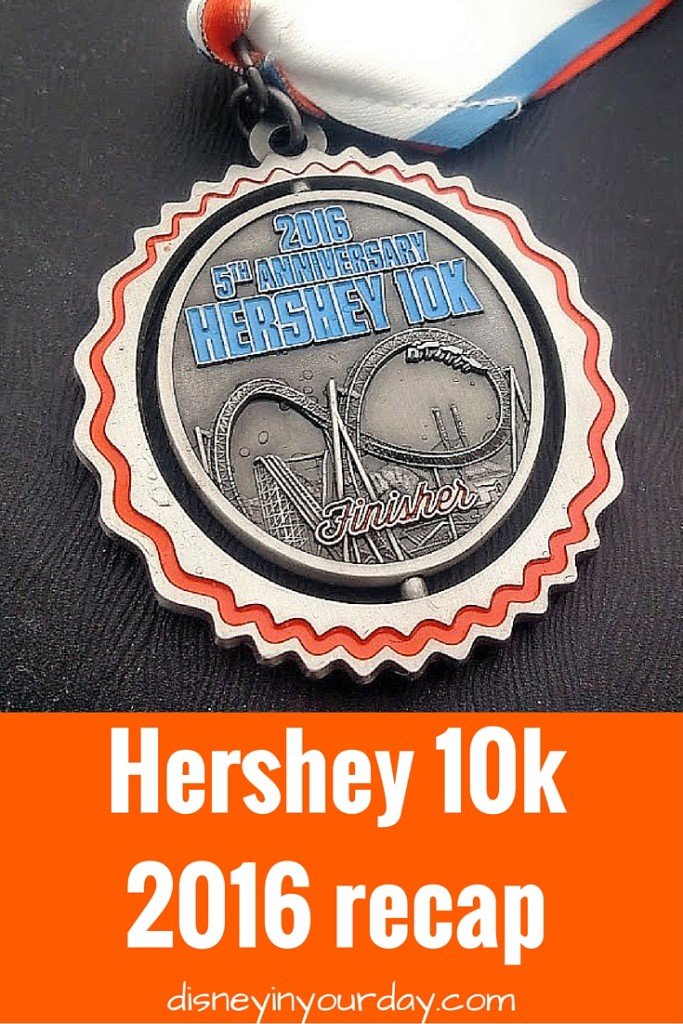 I mostly blog about Disney, but every once in awhile I like to share about one of the other theme parks which is more local to me – Hershey Park!  It may not be Disney, but it’s still a lot of fun and an easy day trip from where I live.  Plus, they’ve been doing races there.  This was my third year doing the Hershey 10k (I also participated in 2015 and 2014).  I find it to be a really enjoyable run – the course is good for me and running through the theme park is always fun! 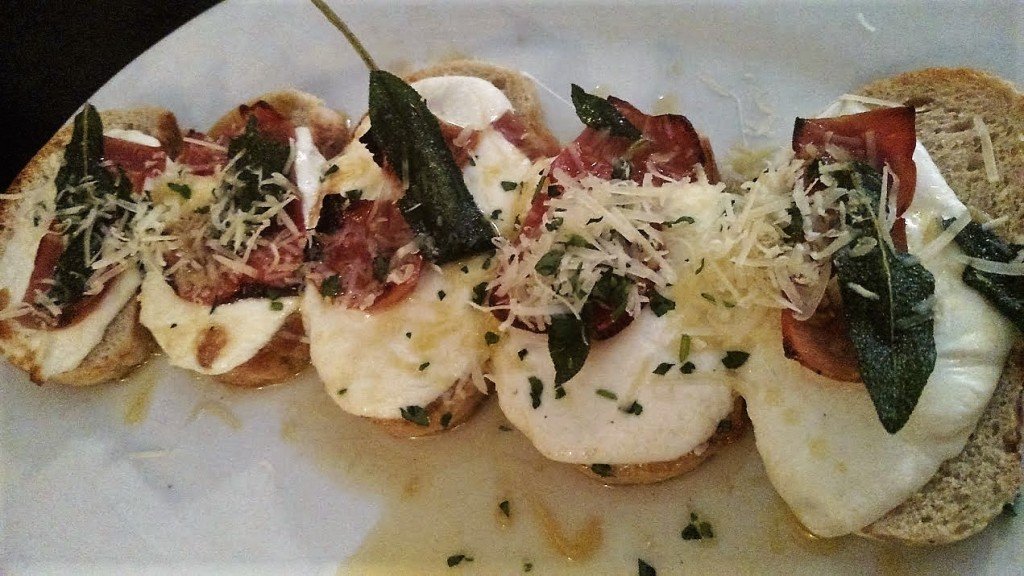 This year’s race took place on Saturday, April 2nd, so Jason and I drove up the night before to stay at a hotel in the area.  We had dinner at an Italian place called Piazza Sorrento so I could carb load – I love my pasta!  This restaurant was rated #2 in Hershey on TripAdvisor and it was really very good!  We’ve now tried three different Italian places in Hershey and this one was probably my favorite.  We got a delicious appetizer of mozzarella prosciutto crostini, and then I had a garlic and wine shrimp pasta dish for dinner.  So filling! 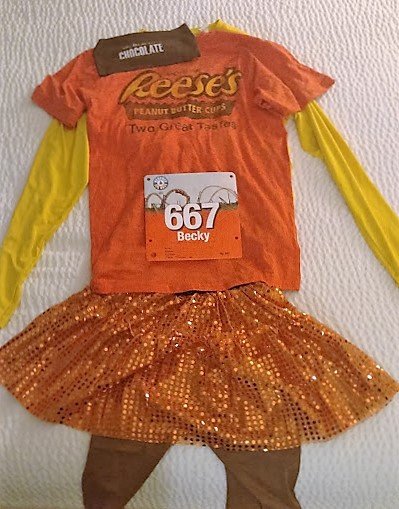 We went back to the hotel and I laid out my outfit for the race, which I was excited to wear.  I knew from running this one before that people didn’t really do costumes but I decided I didn’t care and wanted to do something fun!  I got this orange glitter skirt and I love it!  (By the way, I’m now a Glitter Skirts ambassador – if you’re interested in your own skirt, use the code “Becky” for 20% off!)  In fact, before the race started a woman came up to me and told me she also had a silver glitter skirt but when she saw no one else was wearing anything fun she put it back in her car.  Who knows, maybe the trend will catch on!  I then went to bed, or attempted to. For some reason I was just not falling asleep!  I was tossing and turning for about an hour before finally drifting off.  And then it was up bright and early at 6:15 to get ready and drive over to Hershey!

The weather was a bit chilly for April, around 50 degrees, and there was a light but constant rain throughout the entire race.  I definitely could have done without the rain, but I was very thankful there wasn’t too much wind like we’d had earlier in the week (I tried to go for a run last Monday and literally felt like I was running through jello the wind was so strong!).  Like usual I probably started off a bit too fast, but was maintaining about a 9:45 pace for the first 2 or so miles and felt pretty good.  I slowed to a 10:00 pace by the time we hit the halfway point.  The first half of the course goes through the parking lot and down the street, past the outlet stores, and then finally entering the theme park around mile 4. 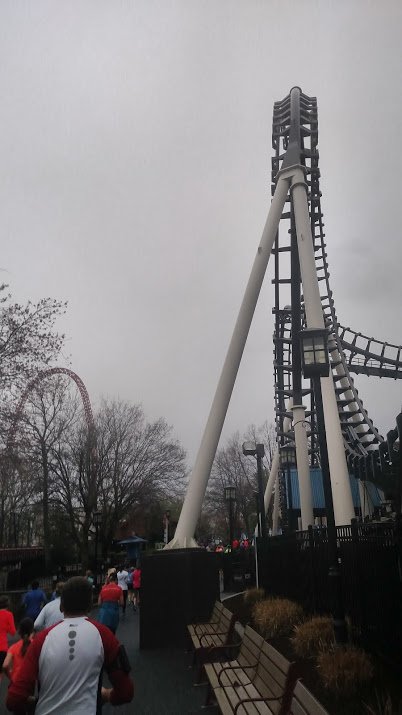 This is the fun part!  Even though nothing is running it’s still cool to see all of the roller coasters and the park so empty and to run by it all.  You also run through the Boardwalk/water park area.  In fact you cover most of the ground of the theme park.  It’s a pretty well laid out course and gets you through a lot of the areas so I appreciate that.  And once you exit the park you’ve only got about half a mile left to go, back to Hershey Park stadium! 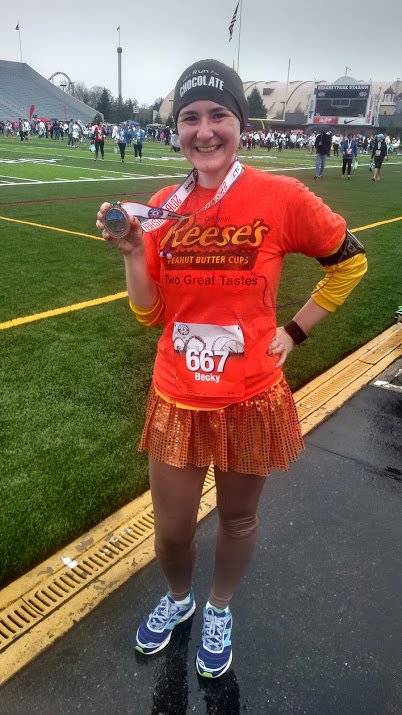 I crossed the finish line with a time of 1:03:33, which honestly blew my mind a little bit.  Last year’s Hershey 10k, which was my best race time up until this point, had been at a 10:53 min/mile pace.  My goal today was to hit around a 10:30 pace.  And instead I did a 10:15!  I don’t know what it is about Hershey, but I always seem to have my best times there.  We got our medals, which were cute and matched my outfit with the orange.  But we hurried back to the car since it was raining! 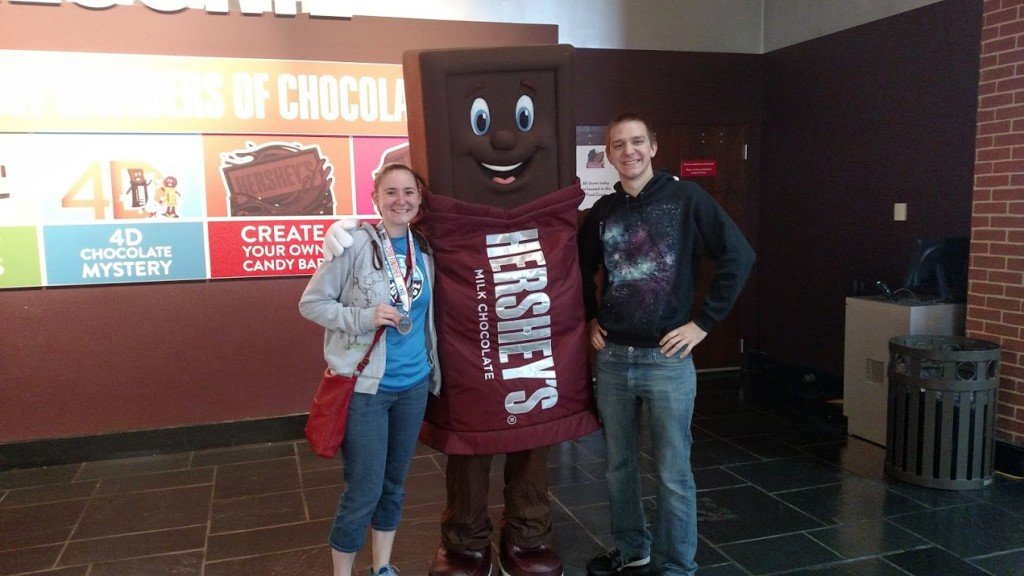 We had originally planned to go into the theme park today, but it was too cold and rainy so we just visited Chocolate World.  Before we left the Hershey area we also stopped at the Disney outlet store, and had lunch at Troegs brewery.  All in all it was an excellent day – and hopefully I’ll be back in Hershey in October for the half marathon!

Have you ever been to Hershey?  Would you be interested in running here?