You are here: Home / Disney World / Happily Ever After fireworks

Disney is more than just an amusement park.  It’s a theme park, but I personally think it’s even more than that – it’s an experience.  It’s all the extra little things that Disney does that make it truly special, and one of those is fireworks.  Not just on special occasions, but every single night.  And the Magic Kingdom fireworks are truly special, because there’s nothing like seeing fireworks above the castle.

And Disney is always growing and changing, to keep things fresh and keep up with the times.  Walt encouraged that, so there have been numerous different fireworks spectaculars throughout the years.  Wishes was my absolute favorite, so I was very sad to see it go.  It was replaced this past May by a new show called Happily Ever After, and I had the chance to see it twice – both in August and in September. 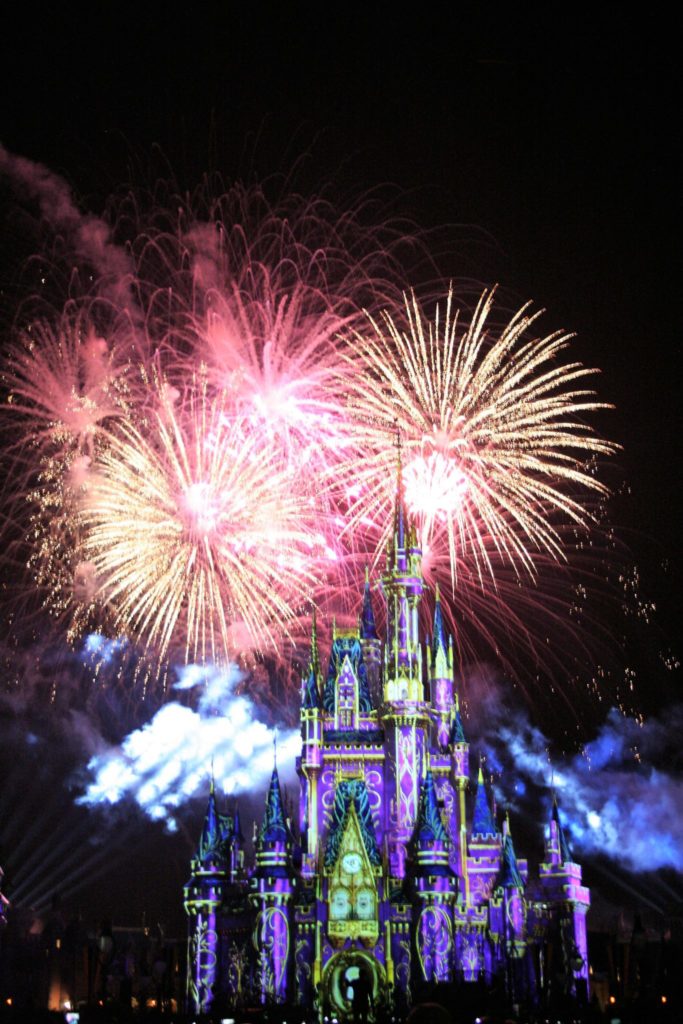 I may be a bit biased since Happily Ever After replaced one of my favorite things in Disney World.  And I will say the new show is wonderful, and I definitely enjoyed it, but it didn’t have the same emotional pull on me that Wishes did.  The technology is impressive, but I think there’s positives and negatives to that as well.

To begin with, the fireworks themselves are awesome and incredible.  They are the highlight of the show.  They way that Disney is able to tell a story with their fireworks, timed to the music, is just so impressive.  There are also fireworks of various different shapes to match the Disney stories, and it’s super impressive to see how they do that. 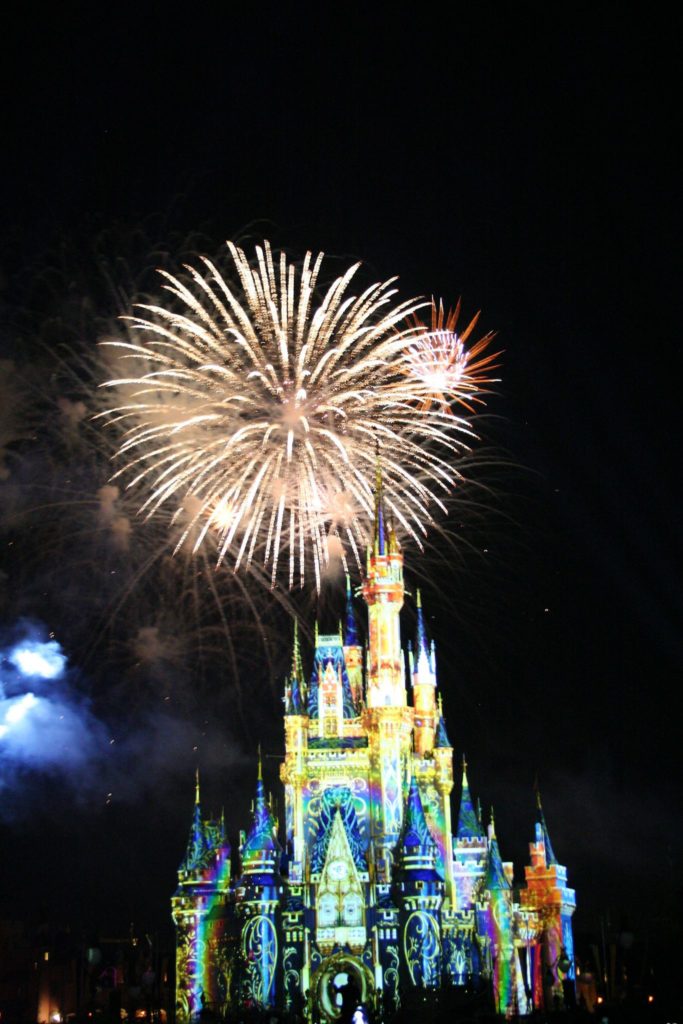 But the music.  I’m a person who is extremely moved and touched by music, so it’s a very important part of the show for me.  And I’m thrilled that they included lots of popular Disney songs.  What I wasn’t happy about was the fact that many of the songs are not the original versions of the movies, but rather contemporary covers.  To me, this instantly dates the show in the current time period, as contemporary music is constantly changing.  Plus, I think most Disney fans would appreciate the classic, original versions more.  I know I certainly missed it. 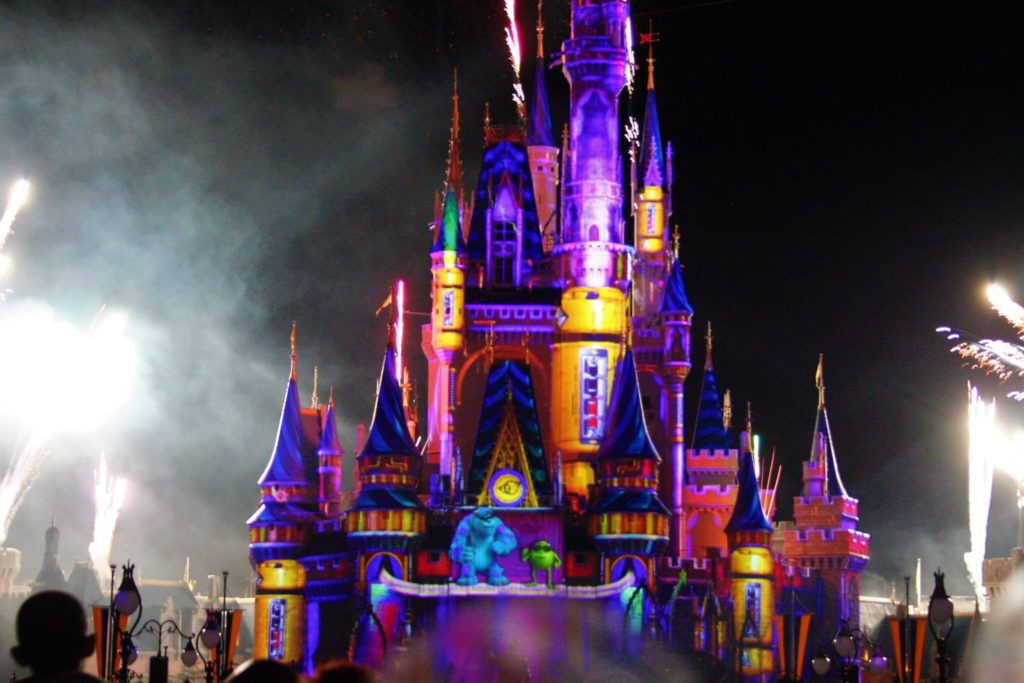 My other main issue is that projections onto the castle play a huge part of the the show and the story that the show is telling.  That in and of itself is fine.  But the problem for me turns out to be that if you don’t have a perfect view of the castle, you miss a lot.  Even when I watched right from Main Street, I missed some of it because of people in front of me, or kids up on the shoulders that blocked my view.  I don’t like large crowds so I prefer to be off to the side most of the time.  With Wishes I could still enjoy all of the fireworks because they’re up in the air, but with Happily Ever After it’s harder.  I also know some people who enjoyed Wishes from Fantasyland behind the castle – I feel like you lose out on a lot if you were to do that with Happily Ever After. 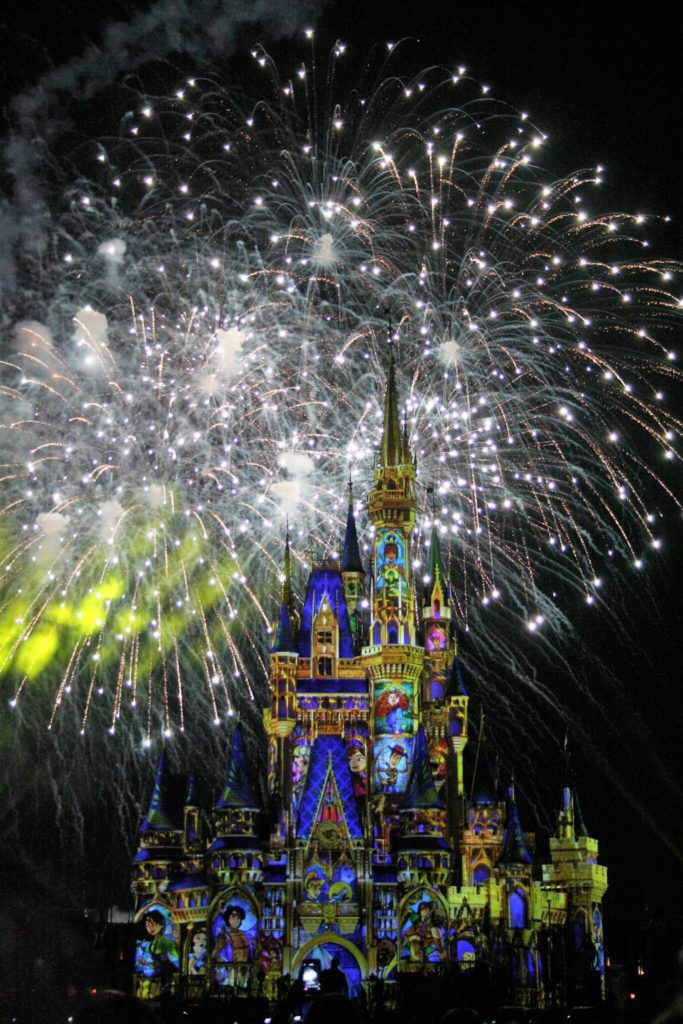 So don’t get me wrong, Happily Ever After is a great show.  I love seeing all of the films featured in it, and hearing the music from them (even if it isn’t the version of the song that I love).  And the fireworks are fantastic as always.  There are just more downsides for me than Wishes had: the contemporary music, not being able to see all of the projections, and it feels less emotionally moving.

Have you seen Happily Ever After?  What do you think of it?