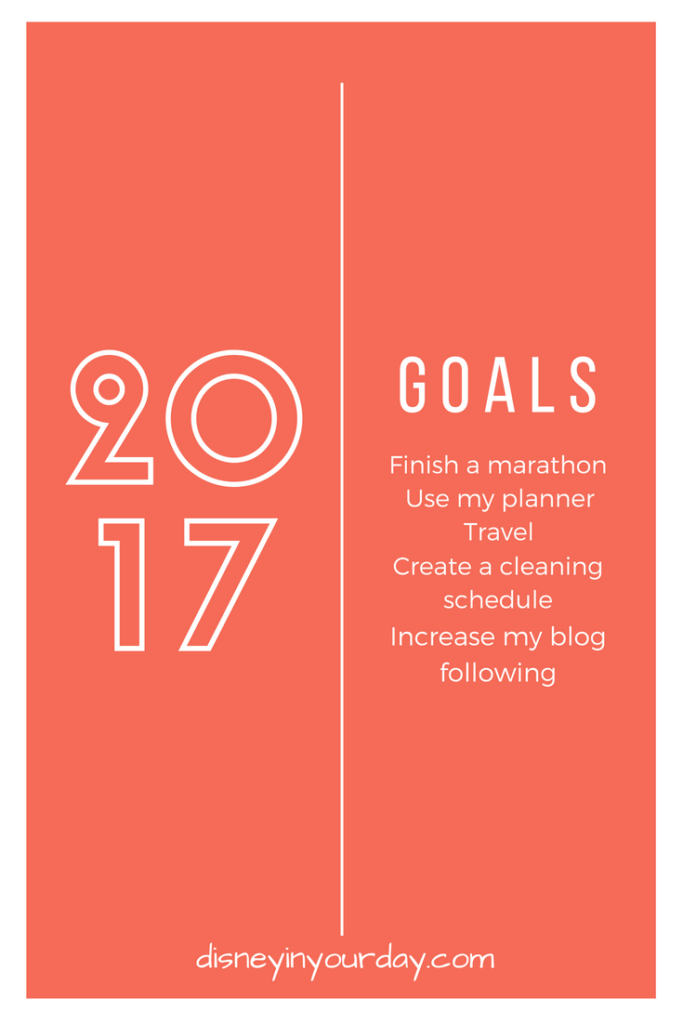 For me, I’ve found that goals are one of the best ways to start the New Year.  It’s great to reflect on how you did with your goals of the past year and come up with stuff for the new one.  I like to have goals both for the blog and for my personal life.

For 2017 I’m trying to do S.M.A.R.T. goals, which stands for specific, measurable, attainable, realistic, and timely.  If your goals fit these qualities I think it makes it easier to achieve them.  Looking back I can see how some of my goals from last year didn’t fit this.  For example, I had a goal that was “read more Pinterest pins with blogging tips.”  But what is more?  How many did I read last year?  Would 1 a month have been enough?  5 a month?  This goal wasn’t measurable or specific so I don’t even know if I achieved it.  Same with “get more organized” (in both the house and the blog).  Was it realistic to think I would organize my entire house (and without a specific deadline set)?  That’s what I’m going to be working on this year.

First, let’s reflect on the past year….

And now, let’s set some goals for the New Year!

What are your goals for the new year?