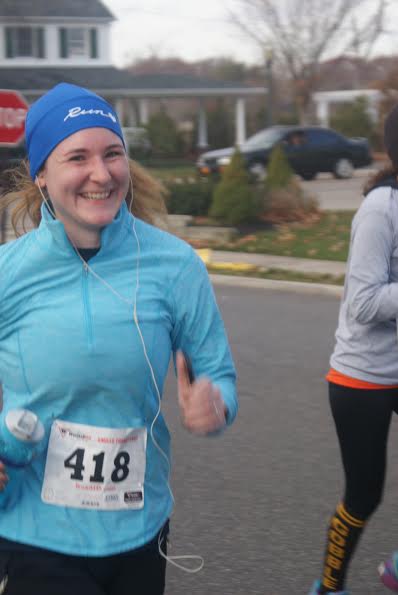 This week was a great week for running!  I only got two runs in this week instead of 3, but they were both excellent.  Skipping one shorter run won’t ruin my training, and I was still recovering from my foot hurting (by the way, the new shoes are great so far – I haven’t had any of the pains that I was having!).  And on Thanksgiving I was turkey trotting!

On Tuesday I went for a run after work at Valley Forge park.  It was about 50 degrees and a gorgeous day.  I was feeling good and had an excellent time.

Thursday was Thanksgiving and I had signed up to do a Turkey Trot 5k in my hometown!  My mom commented to me after Tuesday’s run I could do under a 10 min/mile pace so that’s what I aimed for.  And I accomplished it!  According to the official clock (it wasn’t chip timed) I crossed the finish line at 30:52 (and I started in the middle of the pack so it was probably even a little shorter than that, as my fitbit showed).

Plus, one really cool thing is that my dad came to watch my race.  I appreciated someone coming to cheer and my dad likes to take photos so he took some pics too!  I teased him last year because he took pictures but almost didn’t see me and I had to shout out and wave to him so I only got pictures of me turning around to look at him, haha.  But this year he was on his game!  There were some other fun costumes too that we got pictures of, like a banana costume! 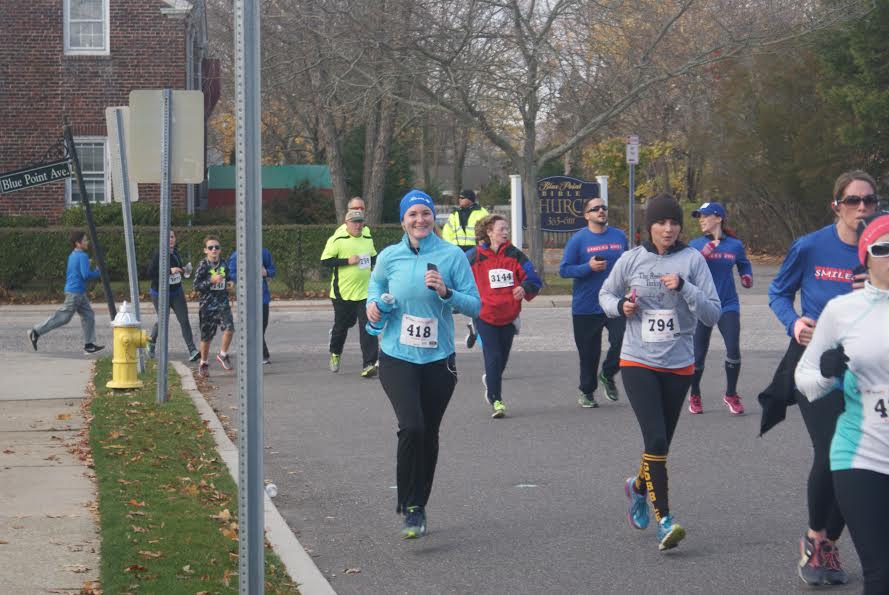 How did you spend your Thanksgiving?