You are here: Home / At Home / Gifts from Mickey subscription box review 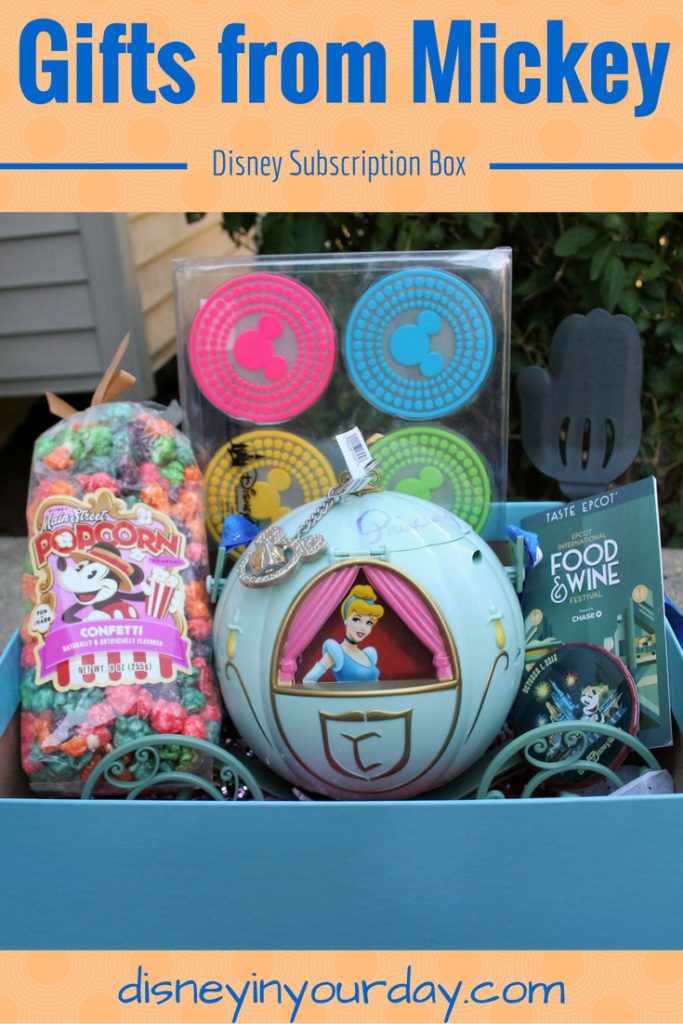 What’s better than going to your mailbox and finding a whole box of Disney goodies inside?  I can’t think of much, which is why I love getting Disney subscription boxes.  This month I was able to check out Gifts from Mickey, a new subscription box with lots of options.  Not only for every budget, but also for all tastes.

General monthly packs start at $25 per month for the pixie dust sized box and go all the way up to $170 for a huge box that’s great for the whole family.  In addition to these Disney boxes there is also a snack pack of just edible goodies, a housewares box, an Epcot box, and my personal favorite – a monthly coffee lover box with a mug and actual Disney coffee! 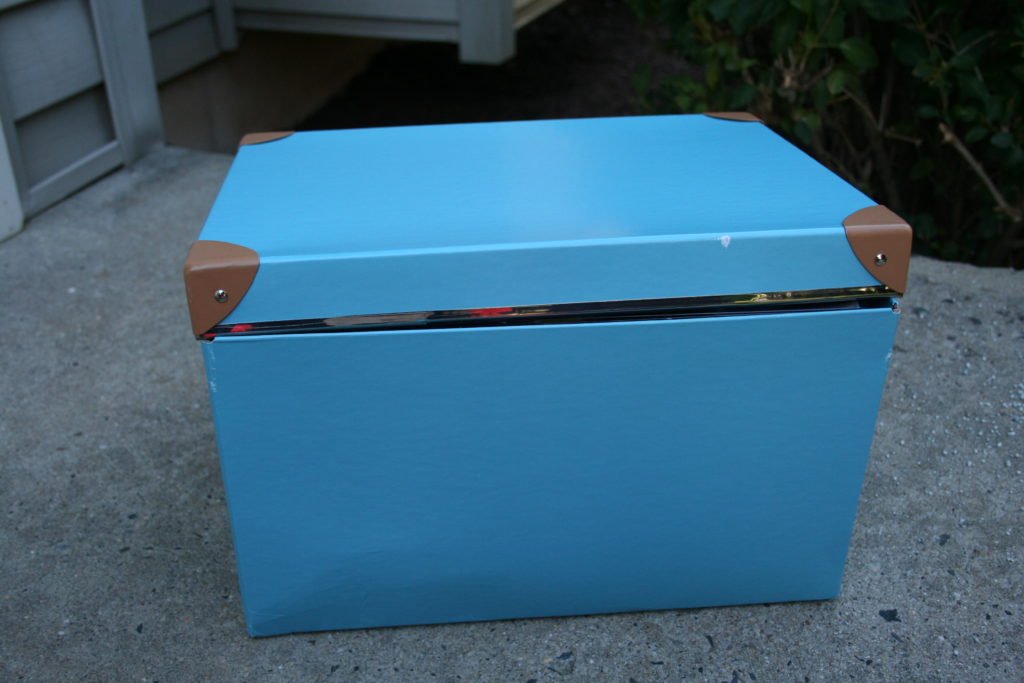 I received the Monthly Dream box, which is $79.99/month plus shipping.  It’s a large box with lots of stuff inside so totally worth the splurge if you want a great assortment of Disney goodies!  I found a lot inside so now it’s time to share.  It came in a large, reusable box which will be great for storage – I have a lot of stuff around the house I need to organize!  If you’re ordering your own Gifts from Mickey, use the code #enchantmybox to get a free decorative box yourself! 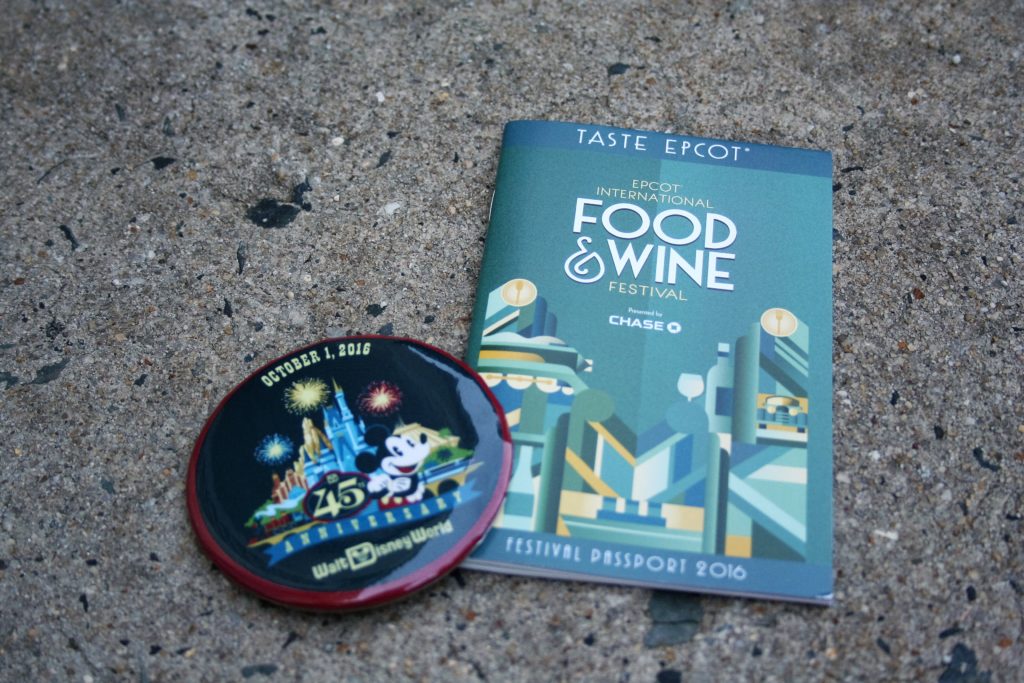 The first thing I noticed was a few “freebies” tossed in, but stuff I really appreciated!  There was a button from the 45th Magic Kingdom anniversary, as well as the Food and Wine passport.  Even if I can’t be there I can live vicariously through items like these. 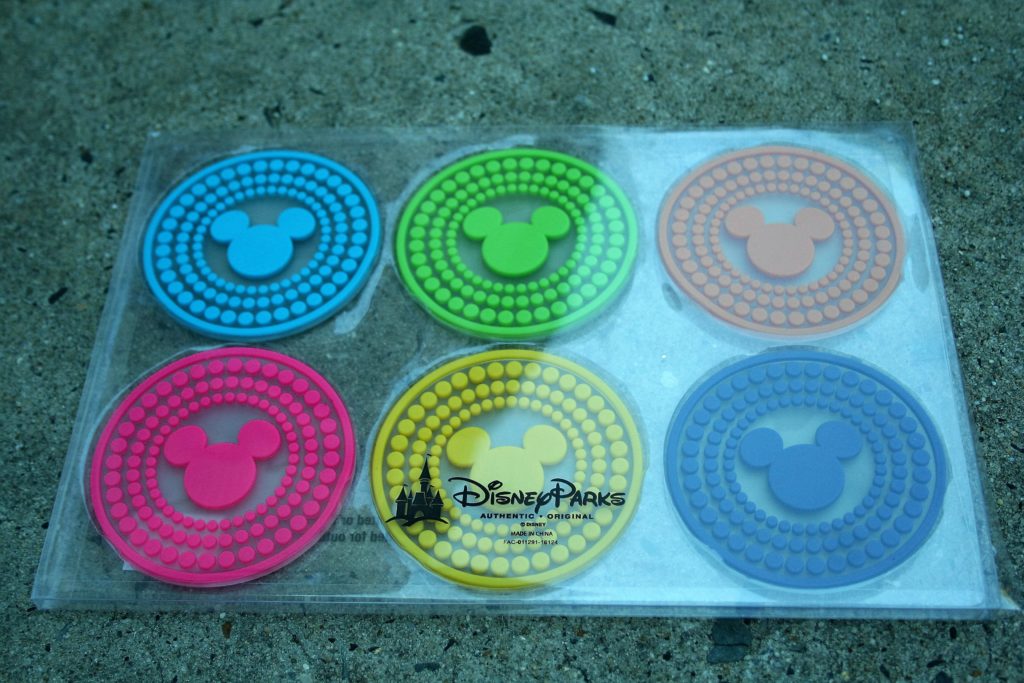 It was a pretty large box that I received, but even then there was a ton of stuff packed into it.  The first thing I pulled out was a set of colorful Mickey coasters.  They are very bright and fun and will be good for outdoor entertaining if we ever set up an area to do that!  We do like to use the grill so hopefully that can be a goal for next summer. 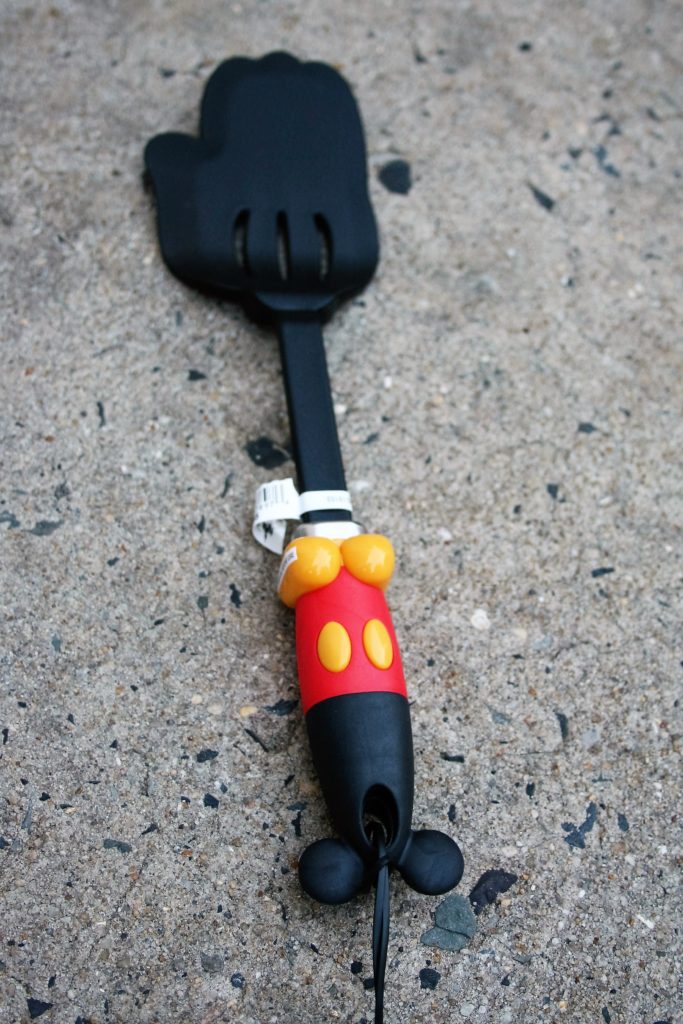 Along with the coasters another home goods item that I received in this box was a Mickey spatula.  Some of our kitchen utensils are rather old and cheap (we’ve already broken and replaced one spatula) so I can always use more – and what could be cuter than this? 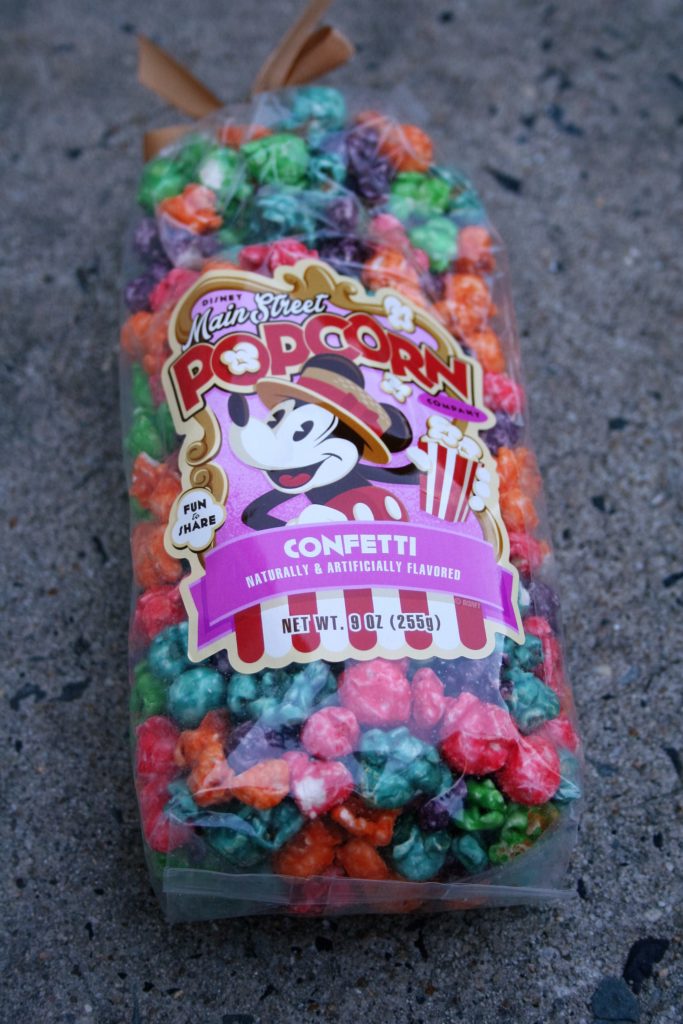 Really, no Disney subscription box would be complete without some sort of snack in it!  At least I think so.  This one included a bag of the Disney popcorn, this one the “confetti” kind.  I haven’t opened it up yet to try it but I’m excited to do so!  If it tastes anywhere near as good as it looks I know we’ll be in for a treat. 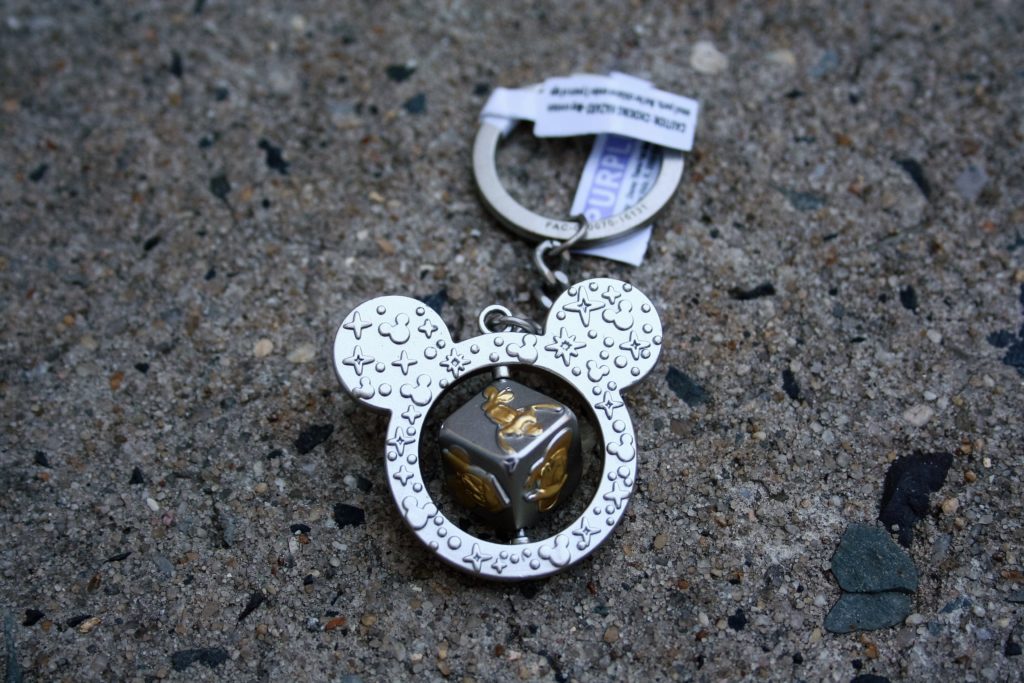 This lovely silver keychain was also included in the box – I felt like the more I dug in, the more I stuff I found!  There were little things packed in amongst the big ones, so finding even more was so much fun.  And this keychain is cute, with many of our favorite Disney characters represented. 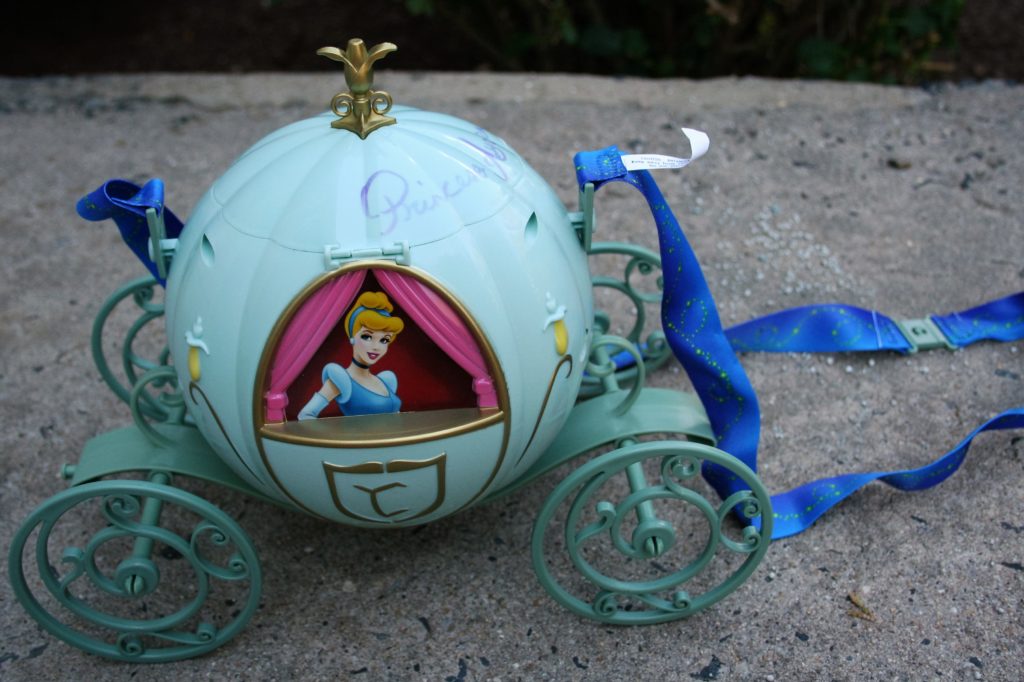 But finally, for the “big ticket item” in the box and the one that I was most impressed with – a Cinderella carriage popcorn bucket.  Disney has really stepped up their game when it comes to popcorn buckets, and they come in some amazing shapes now (I really want the Animal Kingdom lotus blossom!).  The Cinderella carriage has been one of the most popular, and it makes a beautiful souvenir.  There are two reasons why this is such a cool thing to get in a subscription box, aside from it just being a really neat item to have.  The first is that it’s something that’s only available in the parks.  It’s not on the Disney Store online.  You can’t get it on the Shop Parks app (which has a lot of the exclusive Disney merchandise you weren’t able to get before).  You have to physically be in the parks to get one of these, so I think that makes it extra special. 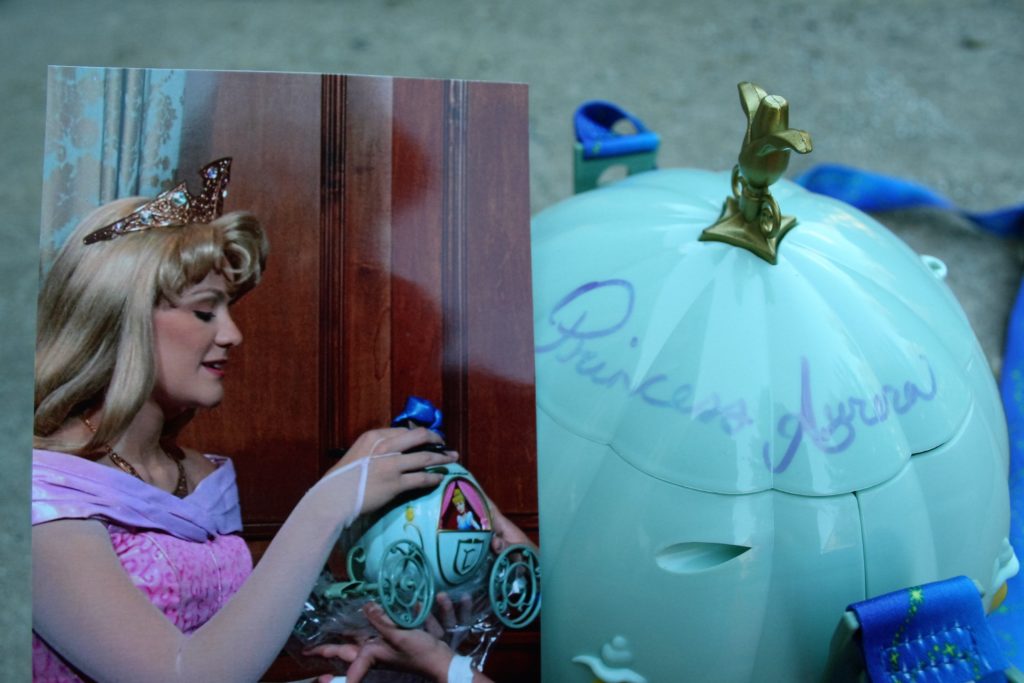 The other really neat thing about this item is that Gifts from Mickey had it autographed by Princess Aurora.  Autographed items is a service that they offer which you can add on to a box, or in some boxes it is already included.  It comes with a photo showing it being autographed.  This touch really goes above and beyond.  It feels so personal and makes it a truly unique item.

All in all I thought it was a great box with some really fun items in it.  The popcorn bucket was truly special.  Gifts from Mickey has a wide variety of tiers to choose from so you can choose what works for you, as well as a number of specialty boxes.  In addition, they offer personal shopping services or one time boxes instead of a monthly commitment.  They’ve found some really clever ways to make their boxes different and stand out, and I’m looking forward to seeing what else they are able to do with Gifts from Mickey!  If you order something let me know, I’d love to hear about what you get – and don’t forget to use code #enchantmybox to get a free decorative storage box!

What do you think of the Gifts from Mickey subscription box?  What was your favorite item in it?