You are here: Home / Fashion and Clothes / Gaston Disney Bound

When we made plans to go to Club Villain on our last Disney trip, I knew I wanted to attempt a Disney Bound of a villain.  I wasn’t sure who, and I went through a few options.  I considered a lot of the females villains first, but ultimately went for the one from my favorite Disney film – Gaston from Beauty and the Beast.

If you’re not familiar, Disney Bounding is a super fun way to show a little of your Disney passion without being over the top obvious about it.  Basically, Disney Bounding is when you dress in the colors or style of a certain character, but you use your every day clothes instead of a costume.  I’ve done Disney bounds as Elsa, Anna, Ariel, Dory, Snow White, and Winnie the Pooh (blog post on that one still to come!). 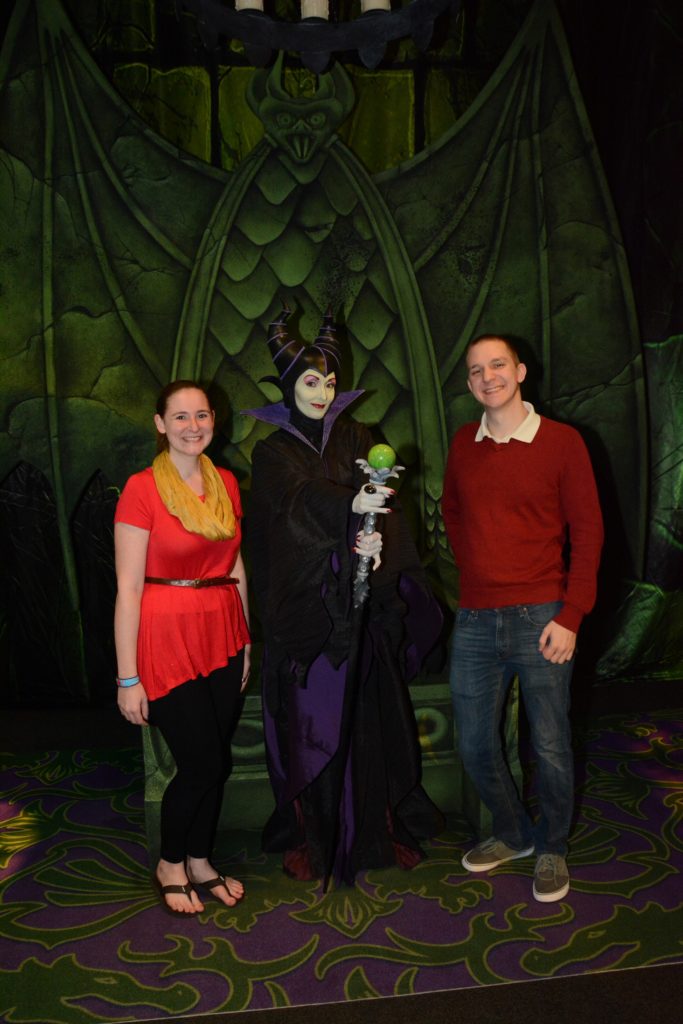 I liked this one because it was simple but easily recognizable.  Pretty much everyone at Club Villain got it right away, and even other people in the parks commented to me on it.  That’s one of the most fun things about Disney Bounding in Disney World – lots of people recognize what you’re doing and will compliment you on it!  I bought the majority of my outfit from Amazon so it’s easy for you to get the same pieces that I did if you want to replicate my look!  Here’s how I did it:

While I had a red shirt in my closet, I wanted a longer, tunic-style top.  I knew I was going to be wearing leggings so I wanted the longer top.  I found this one on Amazon at a great price.  The perfect color and style.  I used a brown belt I had at home to go around the middle.

The black leggings I already had – I got mine from Target and went with thicker ones because it was going to be a bit chilly for Florida that weekend!  If you don’t have a pair of black leggings already (and you really should, they are so versatile!), you can get a basic pair anywhere.

The thing that really takes this outfit from just a red and black ensemble to being a recognizable Disney Bound is the addition of the scarf.  I found this mustard yellow one on Amazon and it was perfect.

For the most part that’s all you really need to make this outfit work, but there are a couple other things you can do to add to it.  If was wearing it at home I’d pair it with my brown boots.  They weren’t comfortable enough for walking around theme parks so I just stuck with my flip flops in Disney World.  And there are some fun “antlers” jewelry that would be the perfect way to complete a Gaston Disney Bound!

Which Disney villain would you want to Disney Bound as?