You are here: Home / Blogging / February 2017 goals and updates 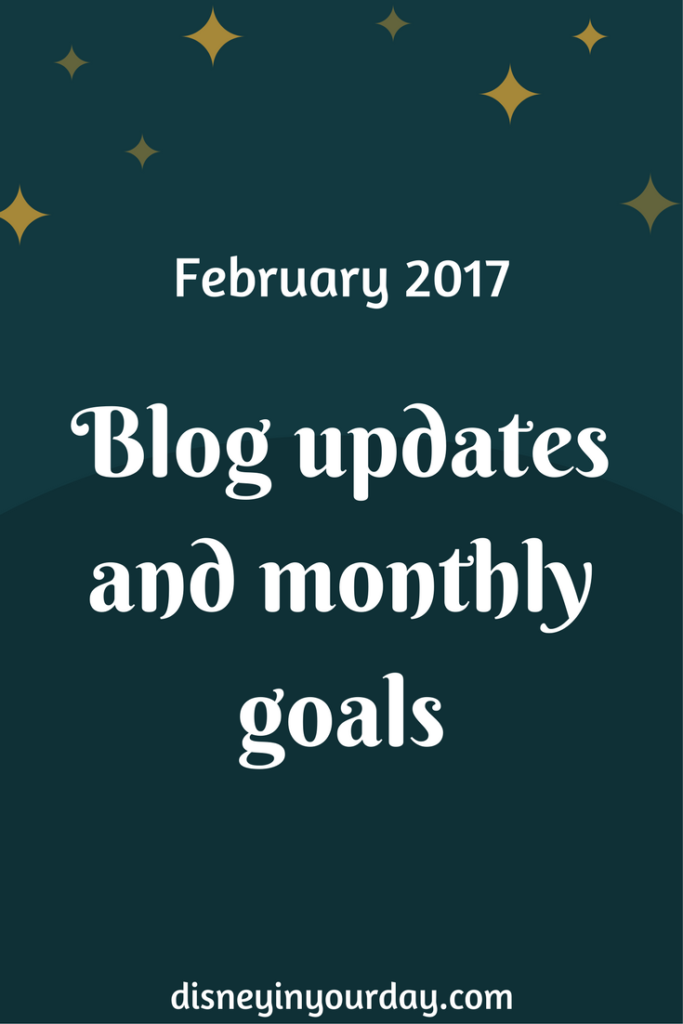 So I never quite got around to posting my goals for January.  The month turned out to be crazy so I’m kind of glad I didn’t because it would have been extra pressure on me.  But now that January is over I’m ready to tackle February and hopefully get some stuff done!

I did create goals for the year, and I tried to break them down into manageable pieces, so I’m basing some of my monthly goals off of my overall goals for the year.  Hopefully this is a good system that works!

After the craziness of the marathon and getting sick, I’m back on a regular blogging schedule and I have lots of stuff to share this month.  I’ll also be back in Disney at the end of February for Princess race weekend.  I’m really looking forward to it as I need a bit of a do-over from the last trip!  Some of the things that I’ll be doing (aside from the races) which I’ll probably blog about: dinner at Chef Art Smith’s Homecoming, Spice Road Table dinner, visiting Nomad Lounge, exploring Disney Springs, staying at All-Star Sports, checking out the Beauty and the Beast sneak peek at Hollywood Studios.

I also plan to do another March Madness tournament next month where everyone can cast a vote on their favorites!  In the past I’ve done animated Disney films, Pixar films, and Disney restaurants.  I’m brainstorming what I might do this year, but if you have any suggestions let me know!

What are your goals this month?