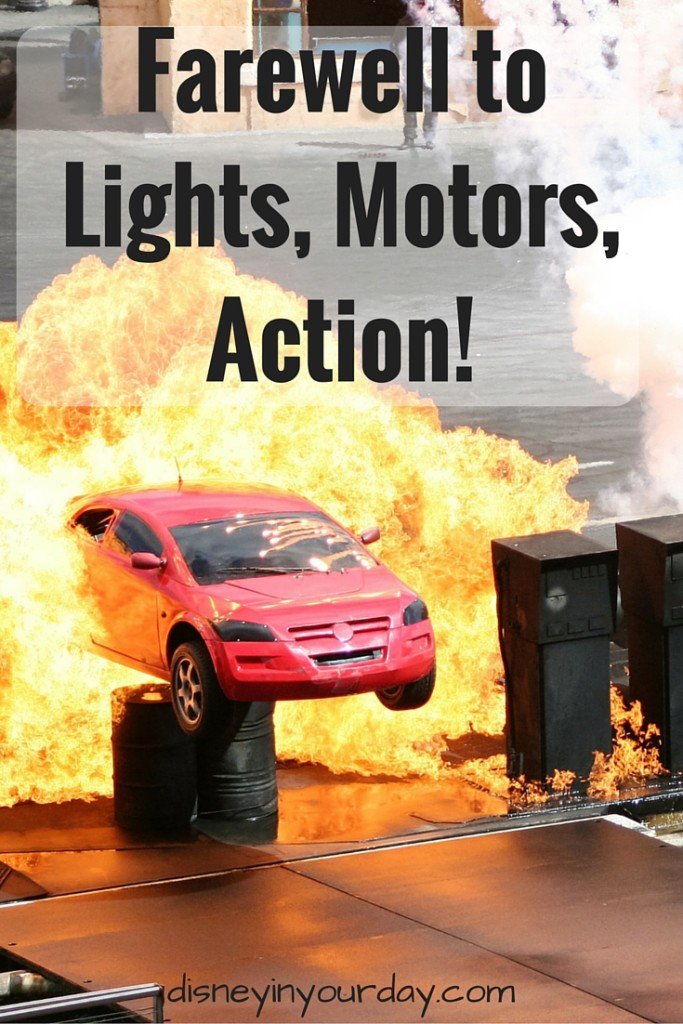 On April 2nd Hollywood Studios saw the last showing of Lights, Motors, Action! Extreme stunt show.  Hollywood Studios is going through so many changes lately and a lot of things are closing, but Lights, Motors, Action is probably the most major of the current closures, at least in terms of attractions/rides.  It’s been playing since 2005, so it’s been in the park for over 10 years. 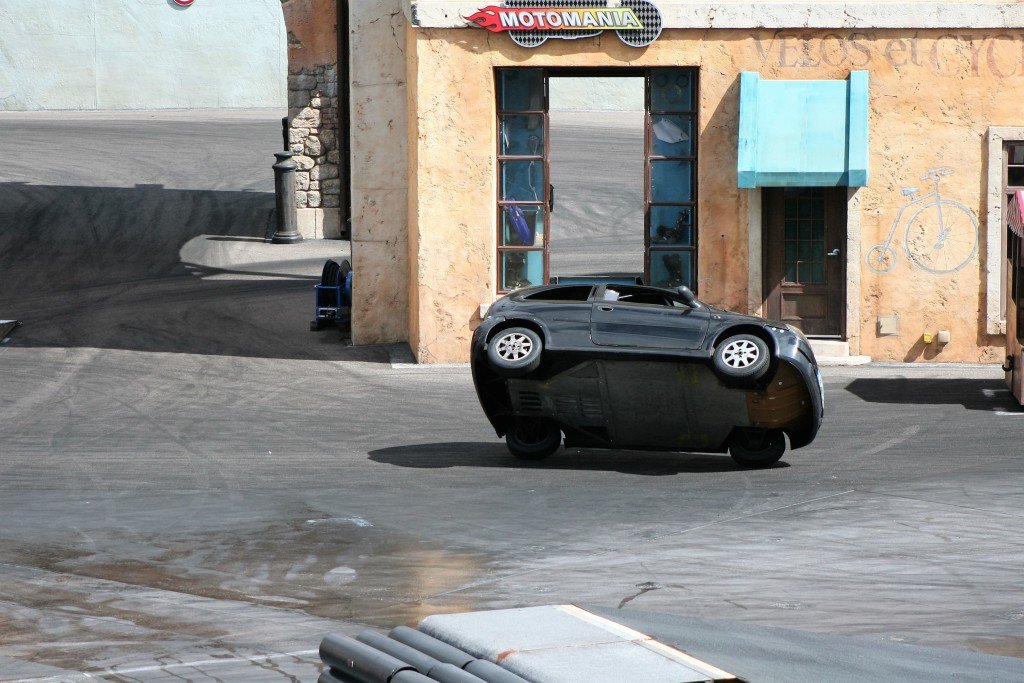 While I wouldn’t say the show was a favorite of mine, I do think it was a good show that was interesting and entertaining especially for some people (I have traveled with male friends who were very into cars and interested in the stuff they had here).  One criticism of it that I’ve heard is that people felt it didn’t have a good repeatability factor – once you’ve seen it you kind of know how everything works.  And I guess that’s true, but it was still cool! 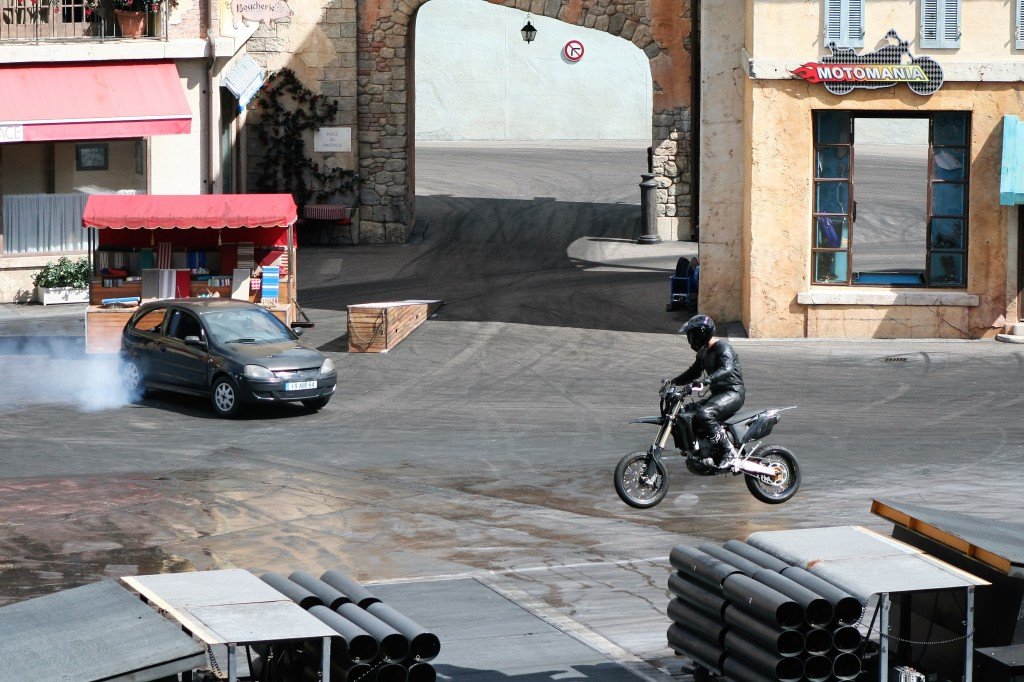 I’ve always been interested in how movies are made and special effects that are used.  We got to see some really neat things in Lights, Motors, Action!, including cars driving backwards, vehicles jumping over trucks, a man being set on fire, and of course the grand finale with a car bursting out of a building amidst tons of flames everywhere.  It’s exciting to see! 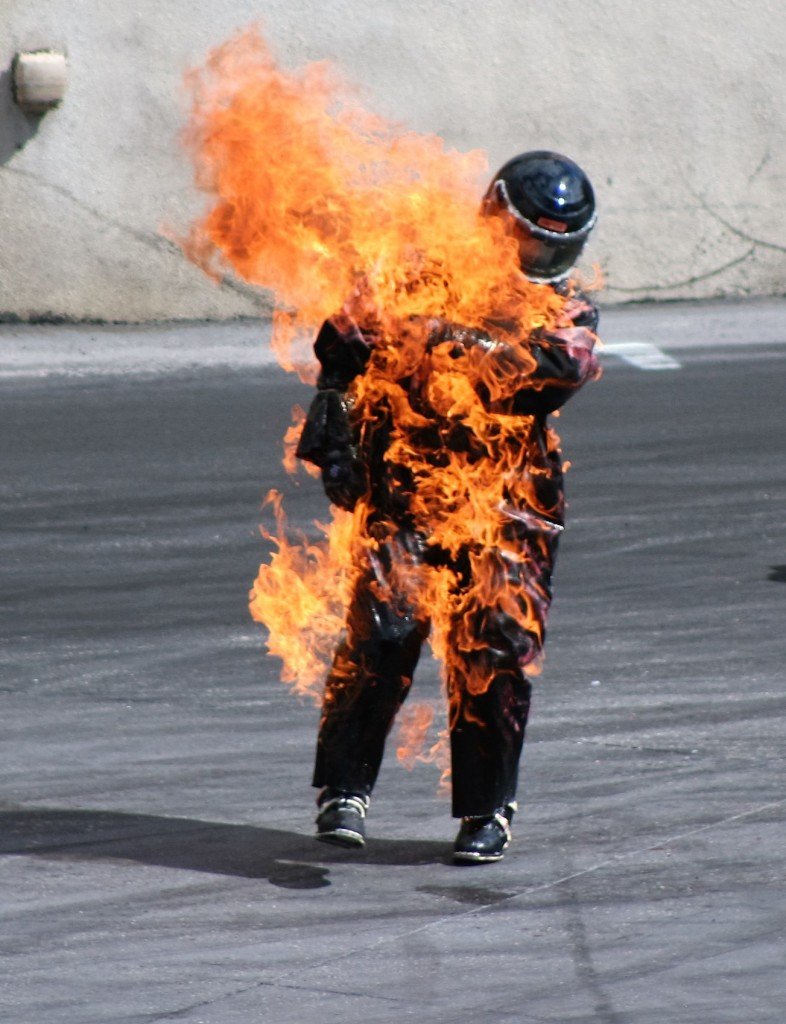 Unfortunately in a show like this there was also a lot of in between time for set up and all, which made it a drag sometimes.  So while it was a good show I’m not exactly sad to see it gone.  And I’m certainly looking forward to what is going there next!

But hey, if you really miss it… you can always go to Disneyland Paris and see it there!

Did you see Lights, Motors, Action?  What did you think of the show?