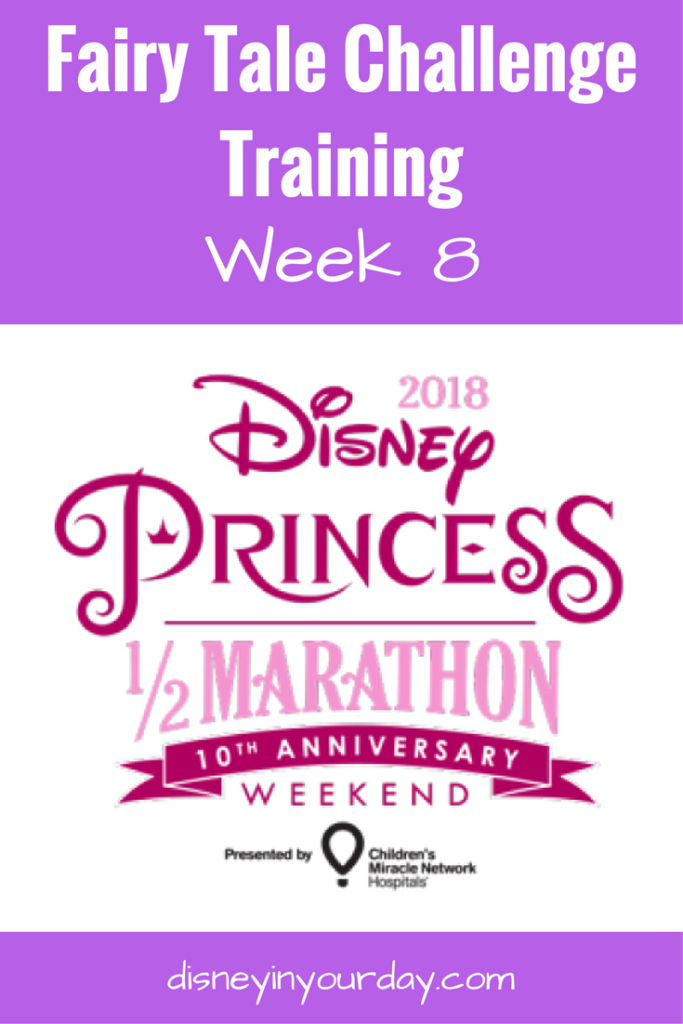 I’ve done the Princess races for the past 4 years, and it wasn’t until this year that I really had trouble with training during the holidays.  I’m extra impressed with myself for doing marathon training last December.  Good job me!  I think part of it is that I’ve never done a play before that had rehearsals throughout December (more on that later in this post).  I started working full time in October 2016, so while I was working full time last year while marathon training, I wasn’t also in rehearsals.  Basically, there’s a lot going on so I’m cutting myself a break if I miss a run here or there!

I was supposed to get 4 runs in this week according to Galloway, but I only hit two.  However, they were two good runs, and I got the longer 7 mile run in, so I’m good with that.

I normally do my short runs on Tuesday and Thursday.  Tuesday after work I had a killer stomach ache, so I just went home and took a nap before rehearsal.  I was feeling much better on Wednesday though, so I went to the gym right after physical therapy.  I got a 5k in.

Thursday I was going to do my other short run like I normally do between work and rehearsal.  And then Thursday afternoon I got a phone call from the director of our show basically saying that the show was going to be postponed (or cancelled).  I don’t want to get into all the details of it, but this is pretty upsetting when you’ve been working on something for months and spending most of your free time on it.  So instead of running I went home and cried and took another nap.

Saturday was a better day and I headed to the gym in the morning to get my long run in.  It snowed Friday afternoon/evening so running outside was deemed too dangerous due to snow and ice.  7 miles on the treadmill, and it actually felt pretty good!  While I had a little bit of back and hip pain, it wasn’t anywhere near as bad as when I did the 8 miles last week.  Yay!

Did you get any workouts in this week?  Are you ready for the holidays?