You are here: Home / Fashion and Clothes / Elsa Frozen 2 Disneybound 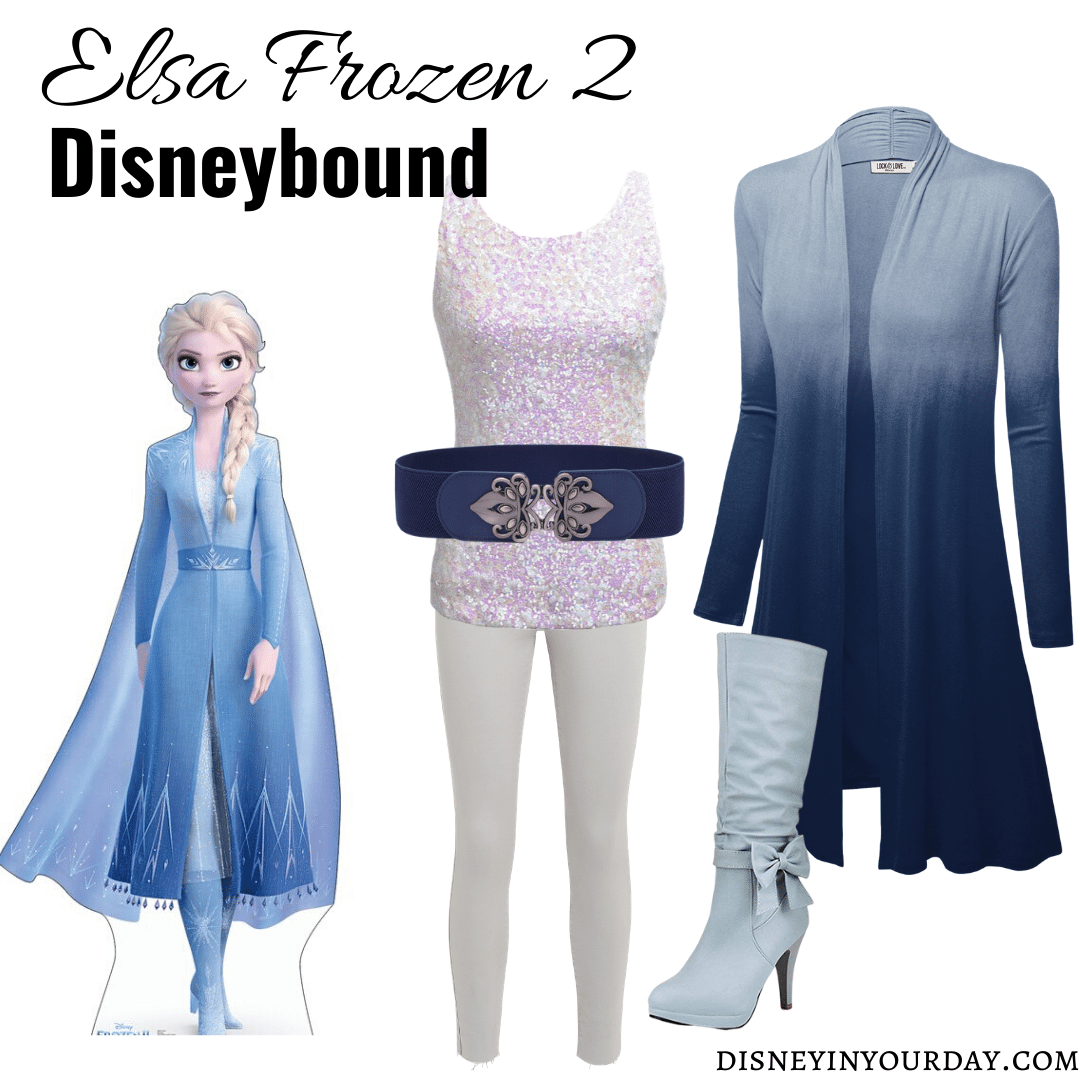 It’s not often that you want to be wearing long pants and a sweater down in Florida, but the first week of December was one of those times! When I saw the weather forecast I threw together a Disneybound for Elsa from the new Frozen 2 movie, because of course in Arandelle they dress warmly!  If you’re not familiar with what Disney Bounding is, you can read about it here.

Our Epcot day was the coldest we were there, it was in the low 50’s during the day and got down to the mid-40’s in the evening. So this outfit is a great option for those cooler days, or all of us who don’t live in Florida!

Here’s a look at how I put together my Elsa Disneybound, featuring one of her outfits from the new movie: 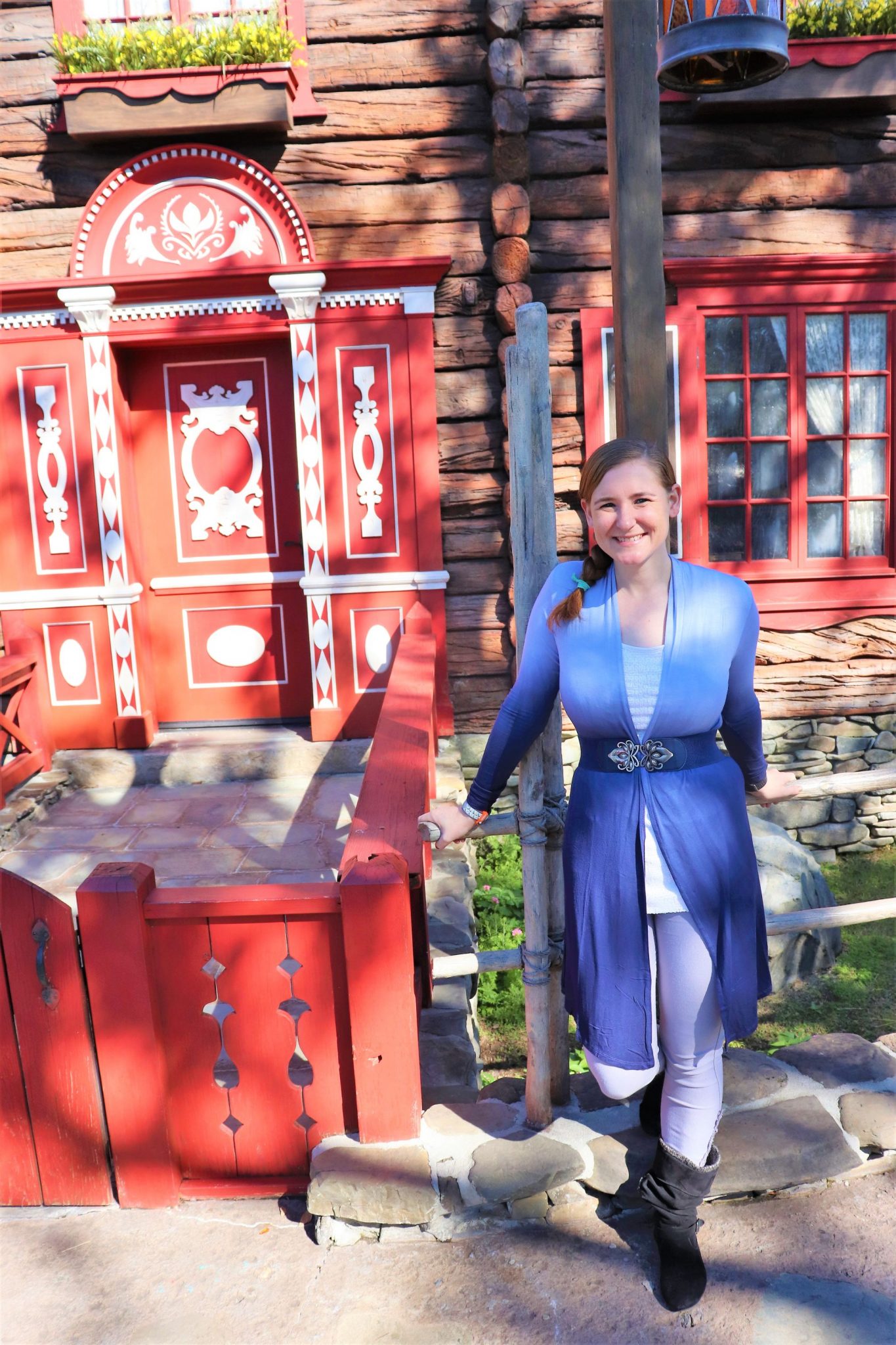 I actually got the inspiration for this outfit when I was browsing Amazon and came across this navy ombre cardigan. It looked so perfect for Elsa that I knew I needed to make something work! Right now they are sold out of the cardigan in the navy blue, but they do have a long vest that you could also make work. Especially if you wanted to adapt this outfit for warmer weather in the theme parks the vest would be a great choice!
I spent a long time looking at pictures of Elsa from the film. It seems that under her coat she’s actually wearing the sparkly white dress you see later in the movie, because you can see white sparkles. I found a white sequined tank top to use underneath which I think worked. In retrospect I think I would have sized up in the cardigan so it closed more fully and looked more like her coat (instead of showing the bottom of my tank top) but this was okay. 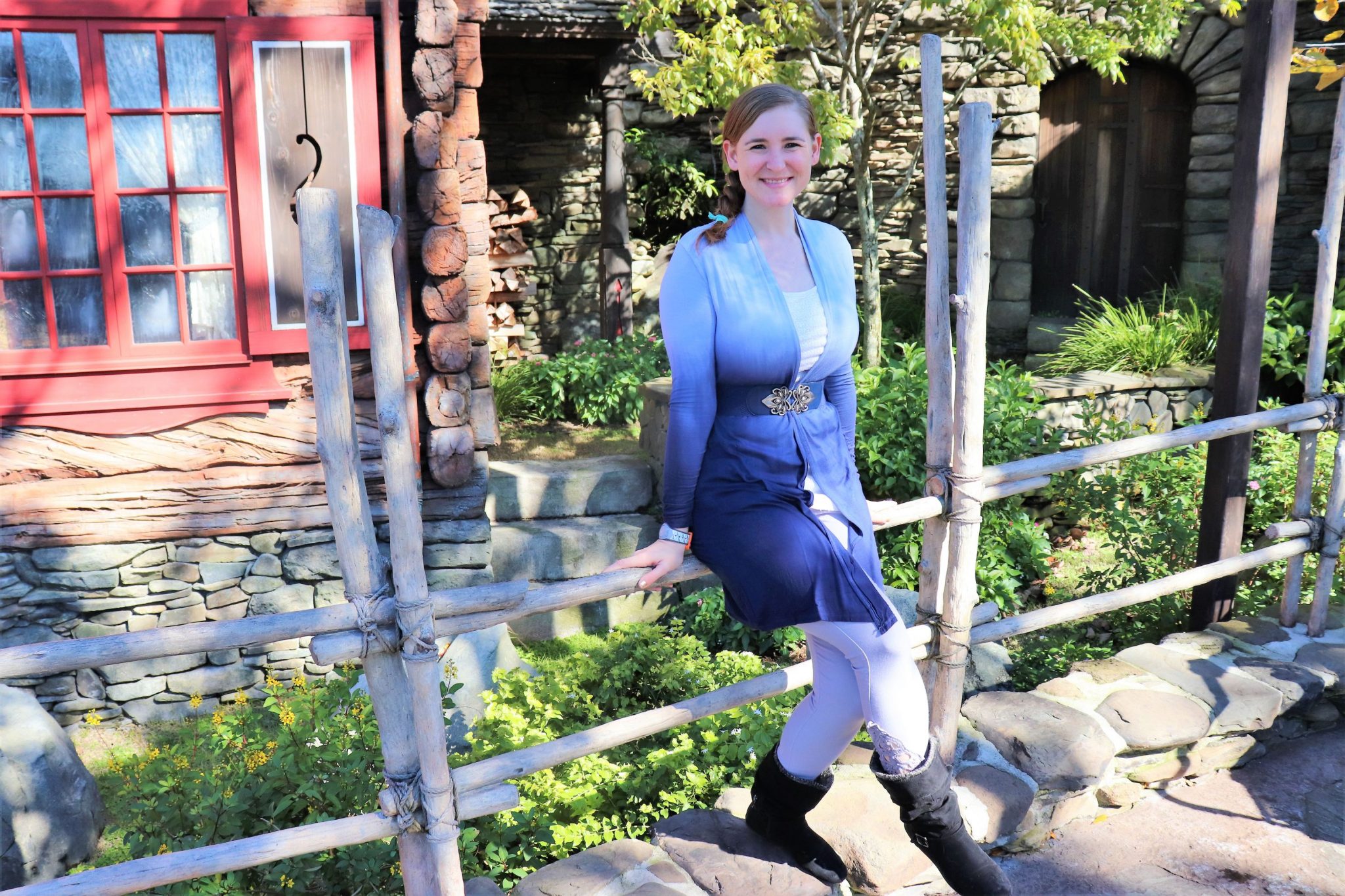 Elsa’s coat is so long she isn’t really wearing pants – like I said, it seems to be a dress underneath and all you can see is her boots. However, I obviously needed pants! I think you could just use some light jeans or leggings that you already have. I happened to have these gray jeggings, but you can find something similar on Amazon.
But as I always say, a lot of it is in the details! For this outfit the belt made a huge difference. I searched for blue belts and when I found this one I knew it was perfect. While it’s not actually snowflakes it certainly has that feel. Elsa wears awesome heeled light blue boots but I didn’t have anything like that and it’s probably not something I would wear often, so I just wore the black boots I had. But if you wanted to go for it there are some really great ones on Amazon. My final touch was putting my hair into a braid! It’s just barely long enough to do that again. All I’m really missing is the cape! 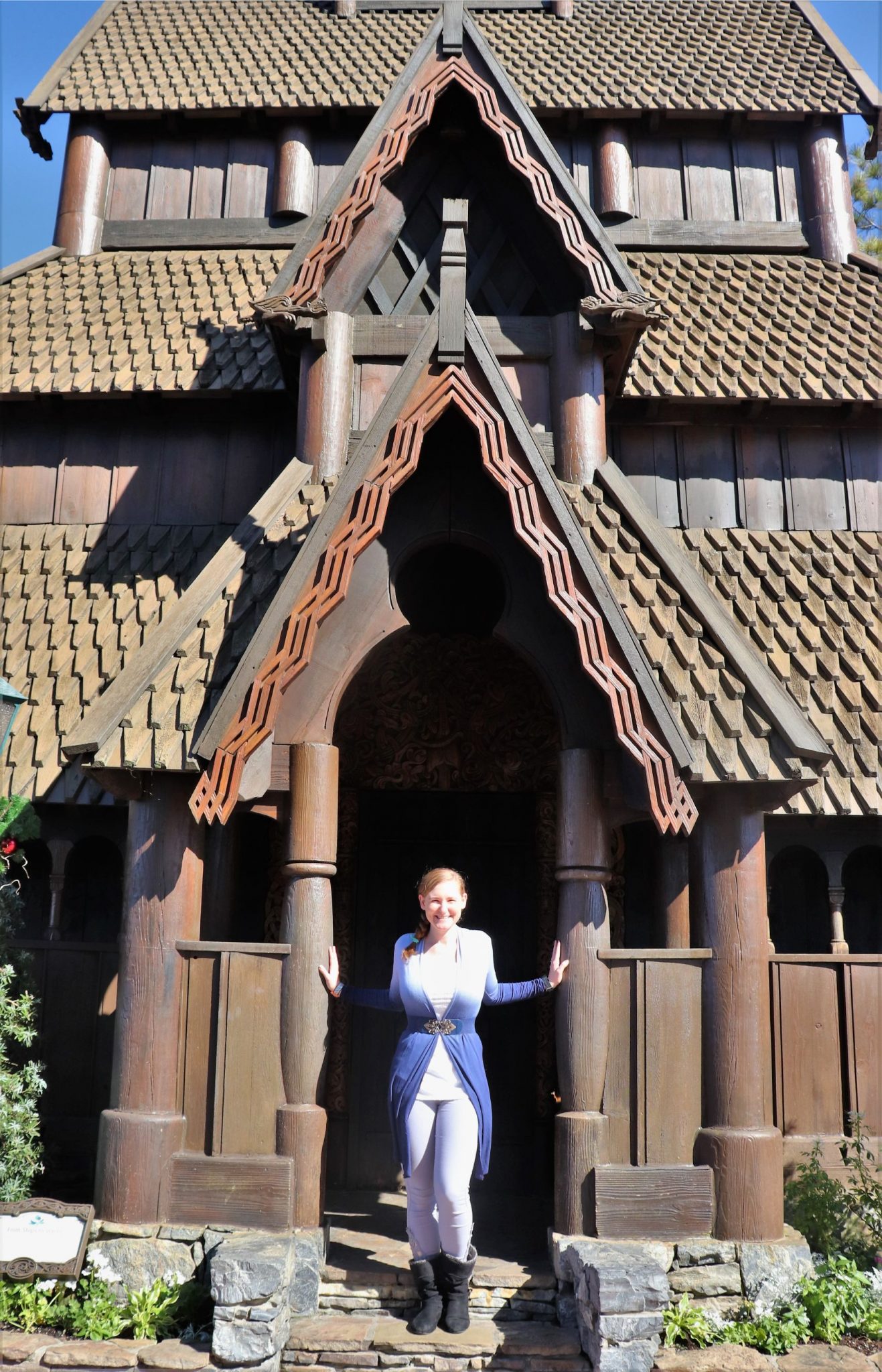 If you liked this, take a look at some of my other Disney Bounds:

What do you think of my Elsa Disneybound?