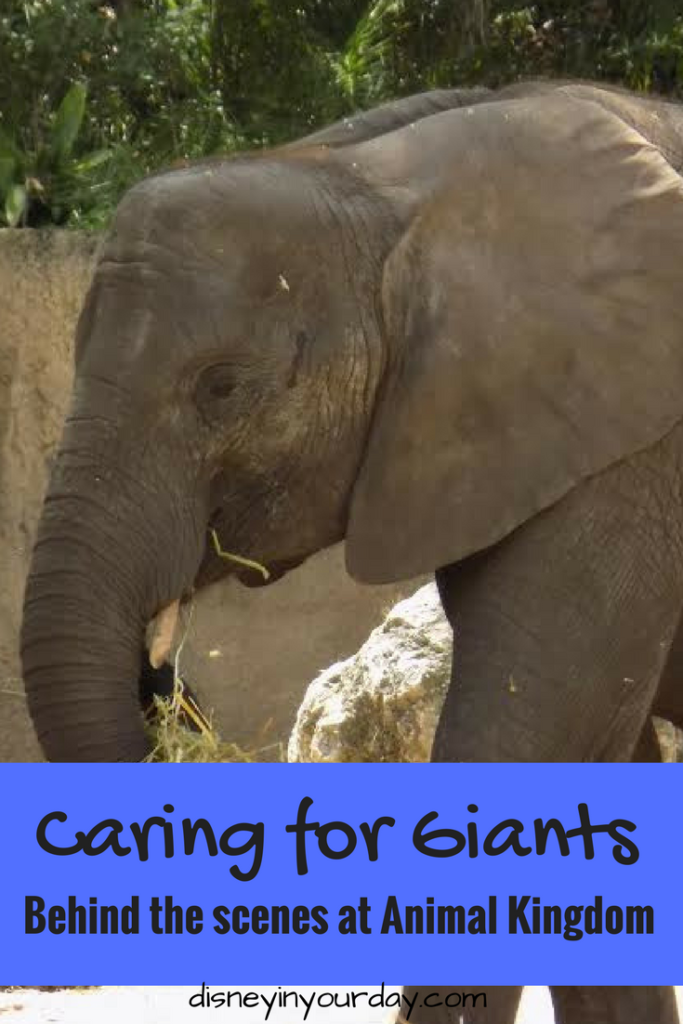 Please welcome guest blogger Sue Bogumil!  On her most recent Disney trip she did one of the new Behind the Scenes tours where she got up close the elephants at Animal Kingdom.  It sounds so cool I think I need to sign up for it now!  Read on to hear about her experiences with the elephants.

Hi everyone!! Are you a Disney fan who loves animals? Do you sometimes wish you could get a little closer to the action on the Kilimanjaro Safari tour? You’re in luck! Disney offers several “behind the scenes” tours to appeal to those of us who want to get a little more in depth than just what the parks offer.

Walt Disney World’s newest tour, Caring for Giants, at Disney’s Animal Kingdom takes you behind the scenes with the African elephants you sometimes see on Kilimanjaro. It coincided perfectly with the trip I had been planning. I’m an unabashed animal lover and I spend almost every weekend at my local zoo, so this was right up my alley. I called up the reservation line (407–WDW-PLAY) as quickly as possible to schedule my one-hour tour.

On the day of the tour all I needed to do was present my ID at the Curiosity Animal Tours kiosk, which is right next to the standby entrance for Kilimanjaro. After I was checked in, I received a name tag made out of special paper. (I don’t want to give away the secret!) We were allowed to bring a drink with us, which was nice. 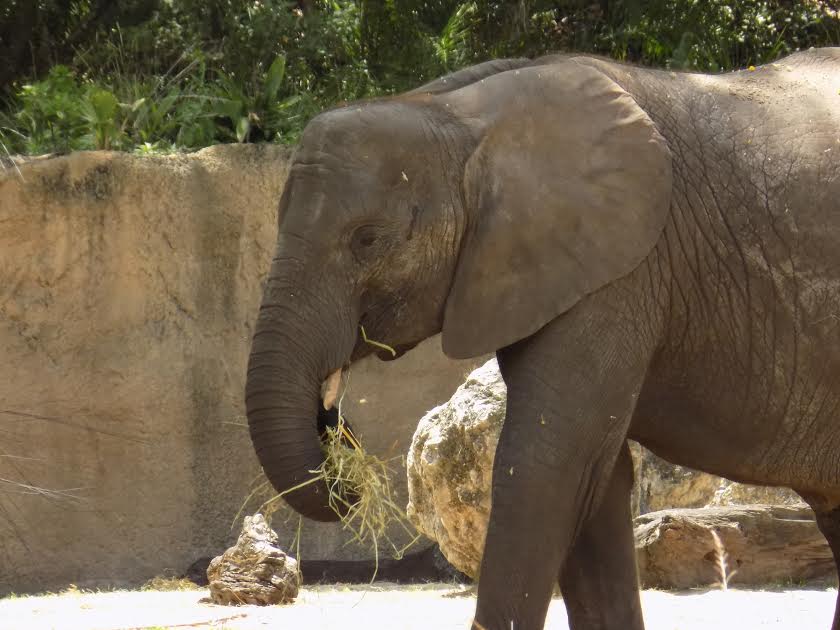 Once everyone was checked in, we were ushered backstage. No photos were allowed to be taken in the backstage area (there really wasn’t that much to see anyway) but we were assured that once we got to the savannah we could take as many photos as we wanted. We hopped on a bus and were taken to the elephant area. I mentioned that the tour lasted for an hour. This includes the time it takes to get on the bus and drive to the savannah (and vice versa). So we weren’t really WITH the elephants for the full hour. One of the members of our group also needed to use the wheelchair lift, which did take some extra time. It’s honestly a really minor complaint because we still had plenty of time with the elephants, and we weren’t rushed at all.

As we were walking toward the bus, I was highly amused when one of our tour members commented that she “forgot to ask if it stinks.” Something tells me it was her daughter’s idea to do this tour!

Disney’s Animal Kingdom is an accredited member of the Association of Zoos and Aquariums (AZA) and one of the requirements to be accredited is an evaluation of the educational programs offered. Our tour guide, Marc, explained that these types of tours were part of Disney’s educational programs. He also shared that this was the first time non-Cast Members were allowed in this part of the park! So we felt pretty special.

Marc showed us some interesting visuals, including a replica of how much an elephant poops in a day! We also got to pass around a bundle of the hair on an elephant’s tail. It doesn’t feel anything like you would expect. Finally, he showed us the equipment they use to study elephant vocalizations. The whole time he was talking, the elephants were walking around the savannah and we were multitasking by listening to the really interesting information being shared while also snapping a ton of photos.

We walked down a little further and were introduced to two cast members from Africa. Fenya was from Botswana and Phophi was from South Africa. They talked about the different conservation efforts being taken in their countries and how elephants were threated because of their ivory tusks. Phophi showed us an elephant sculpture that was made from an unexpected material. 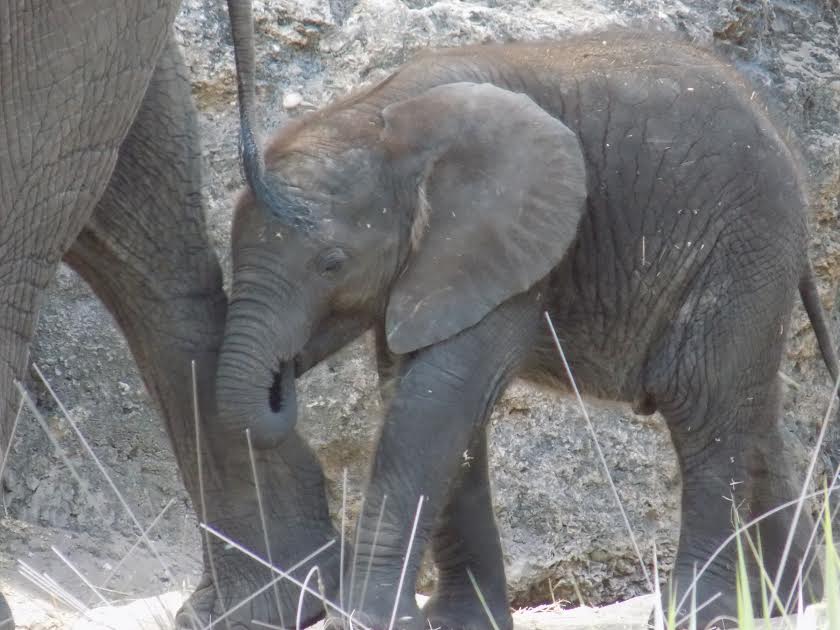 We continued to take photos, including some great shots of baby Stella! Marc offered to take “elphies” (insert giggle here) for anyone who wanted to be in the photos with these majestic animals. Some of the group members also asked some excellent questions. Female elephants stay together for generations, so everyone was very happy that the baby elephant was a girl! She will potentially be able to stay at Animal Kingdom indefinitely.

As we were leaving, we were given a special souvenir. I was so pleased to hear that the entire fee for the tour was going directly to elephant conservation efforts in Africa.

I highly recommend this adventure to anyone who wants to get a closer look at the elephants. It doesn’t take a huge chunk of time out of your day and the experience and photo opportunities were priceless.

Would you be interested in getting up close with the elephants at Animal Kingdom?