We had another big week this week! A big old 17 miles for the long run. And I was registered to run the Hershey Half marathon on Sunday, so I was going to do the same thing I did the last time I was marathon training – run the 13.1 miles for the half and then run 4 more once I finished.

For my first 45 minute run of the week I did pretty well on Tuesday. Under a 10 min/mile pace and feeling pretty good, though my calves were just a little tight. Thursday was a bit of a different story. I was with my running group but it poured rain the day before, so there was some concern the trail might be really muddy. Instead they decided to run a road that was right next to it… but that road had no street lights and no sidewalks. Most of my group is faster than me so it was me and one other runner alone. We decided to turn back at 1.5 miles. I didn’t love the conditions and I knew it wouldn’t be bad to take it easy before the Hershey half anyway.

On Saturday I was supposed to walk 7 miles but we had plans to be in the theme park all day so I didn’t do an intentional 7 mile walk. I did walk over 7 miles just from walking around all day. I know that’s not the same thing but at least it was something, and we had a lot of fun! 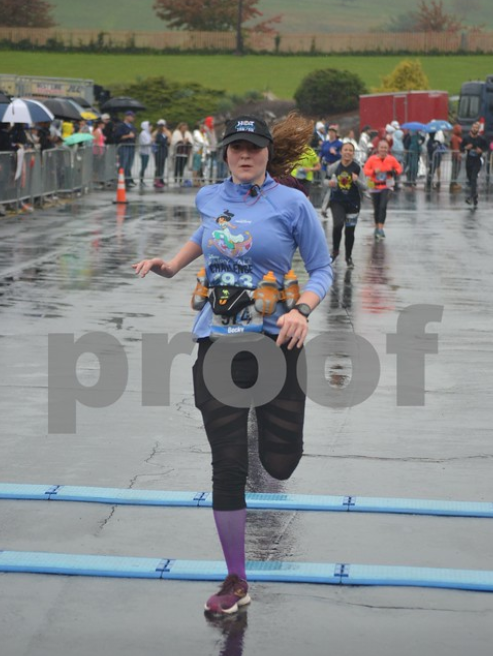 The Hershey half marathon went really well. my calves were still a bit tight but I actually  felt good for most of the run. It’s a very hilly course but I was feeling strong. I actually thought I might be able to PR until about mile 8 and the hills were just too much. Oh, and did I mention it was raining steadily the entire morning? So I was soaking wet. My “secret goal” was to finish under 2:15. I ended up finishing with a 2:15:01. So so close!

I stopped for about 5 minutes after I finished the race, had a bit of water, and then headed back out to do 4 more miles. I took these a bit slower since I had pushed really hard during the half. But all in all I finished the 17 miles with a couple of aches and pains but still feeling pretty good. It gave me a lot of hope for this Dopey Challenge.

An easier week, which was good given the 17 miles I had just done on Sunday! Normally on  a Tuesday night I would go out and run with my group but it was raining pretty hard. I can run in the rain, and I can run in the dark, but I don’t like combining the two together. So instead I headed to the gym to do an easy 45 minutes on the treadmill. It was a good recovery run and I also got to watch Jeopardy and Wheel of Fortune. I think my pace was a bit slower than what my watch recorded (the treadmill had it over an 11 min/mile) but that’s what I needed!

Thursday night was back with my running group and it was a great night for running. It was cool but not too cold and despite the tight calves still being a thing it felt really good.

On Saturday my training had me doing 5 miles but I was signed up to do a 10k so I ran 6 instead! And it was a really good run. I wasn’t expecting much because it was a super hilly course, but I actually did PR (even though you can see above it measured a little short – even if I had to run another 10th of a mile it would still be a PR so I’ll take it). And since it was Halloween weekend they had a costume contest. I won a $10 Wawa gift card! 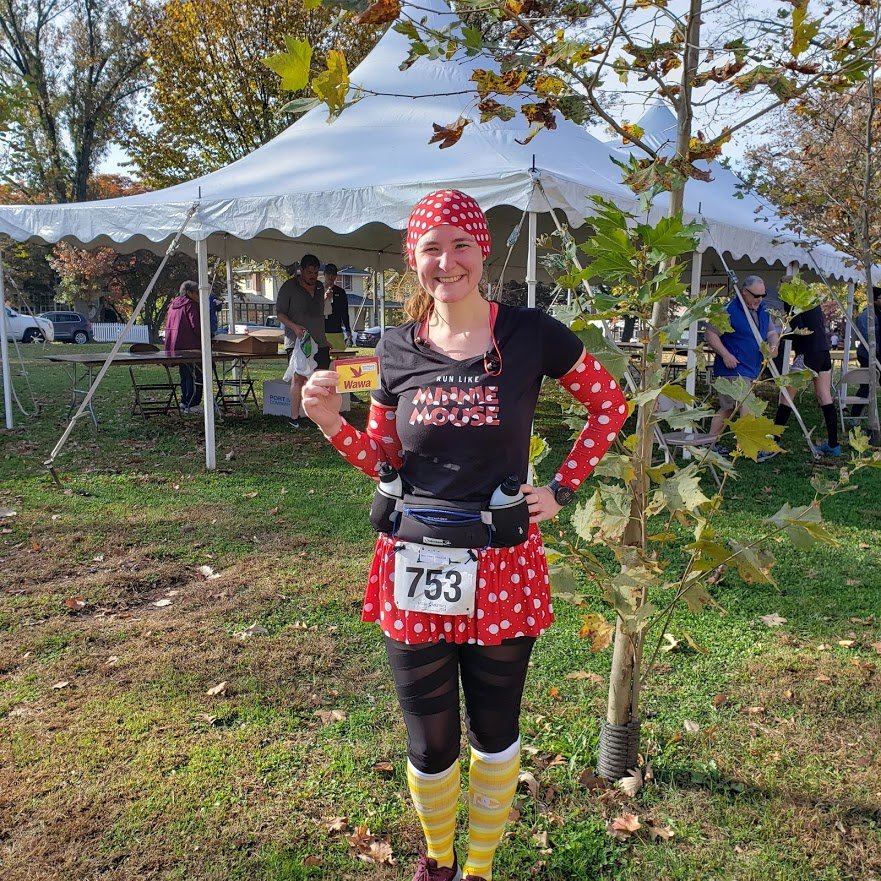 This is a costume I’m putting together for my Dopey Challenge so it was a good chance to test it out. I was thinking for the 10k originally because Minnie had been the theme for that race in the past, but now they’ve switched it to Oswald. So I’ll probably use this for either the 5k or the 10k.