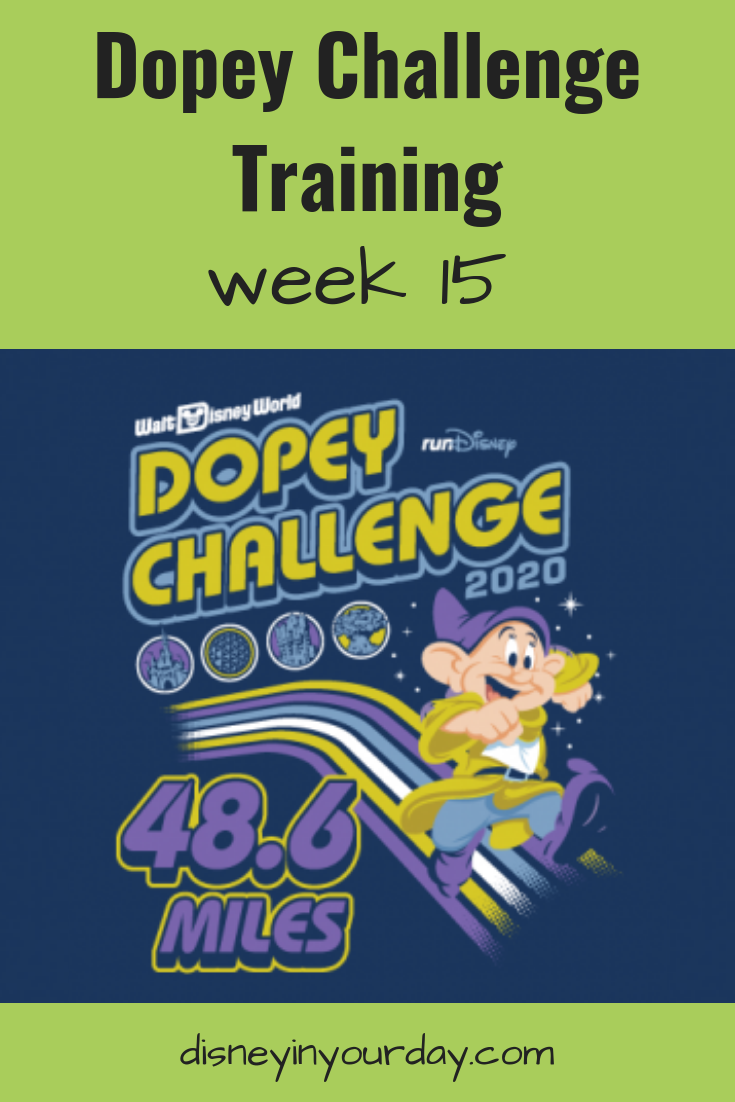 Week 15 is the last “easy” week of my training! So I tried to enjoy the break (and my free time) while I could this weekend. It’s only going to get more intense from here.

I did my two 45 minute runs during the week. The first one was a little wonky because I ran with my Tuesday night running group but they wanted to try a new route. However, I wasn’t really sure where it was going and they were faster than me, so I kind of lost them at one point. I just went my own way and then turned around and went back the way I came, but I had to stop to figure out if I was going in the right direction or to cross the street a few times, so a little different than my usual runs.

Thursday night felt great. It was cool but not cold, and we ran a mostly flat path. I just felt really good and managed to do 4.6 miles with a 9:45 pace, which is much better than what I’ve been doing lately. Plus that run was with beer runners and we went to one of my favorite bars after – they have the best grilled cheese!

The weekend run was only 3 miles, which meant it actually shorter than my weekly runs. Of course I can’t ever take it too easy on myself and decided to run Cromby, the big hill where I live. It still went pretty well though. And afterwards I was able to stop at the farmer’s market and the wine bar in town. The weather has been gorgeous lately and I know it won’t last long so I’m trying to enjoy it while I can.

In other news, Disney released a bit of an update about the full marathon. They called it “exciting changes.” The first one is not exciting at all… they changed the start time for the full from 5:30am to 5:00am. I get why they did this (they want to clear the parks out sooner), but that is REALLY early and I am not a morning person! Though maybe when you’re already getting up at 3am the difference between 2:30am and 3am isn’t that much…

The other new announcement is about the course. No map yet, but they are promising less times on the roads and more time in the parks, which is a good thing. New this year will be running through Blizzard Beach! I’ve seen some speculation that the course might be very different to either go through or totally avoid Galaxy’s Edge early on (to not interfere with crowds coming to the parks), but right now it’s all just hearsay. I can’t wait until we actually get a map.