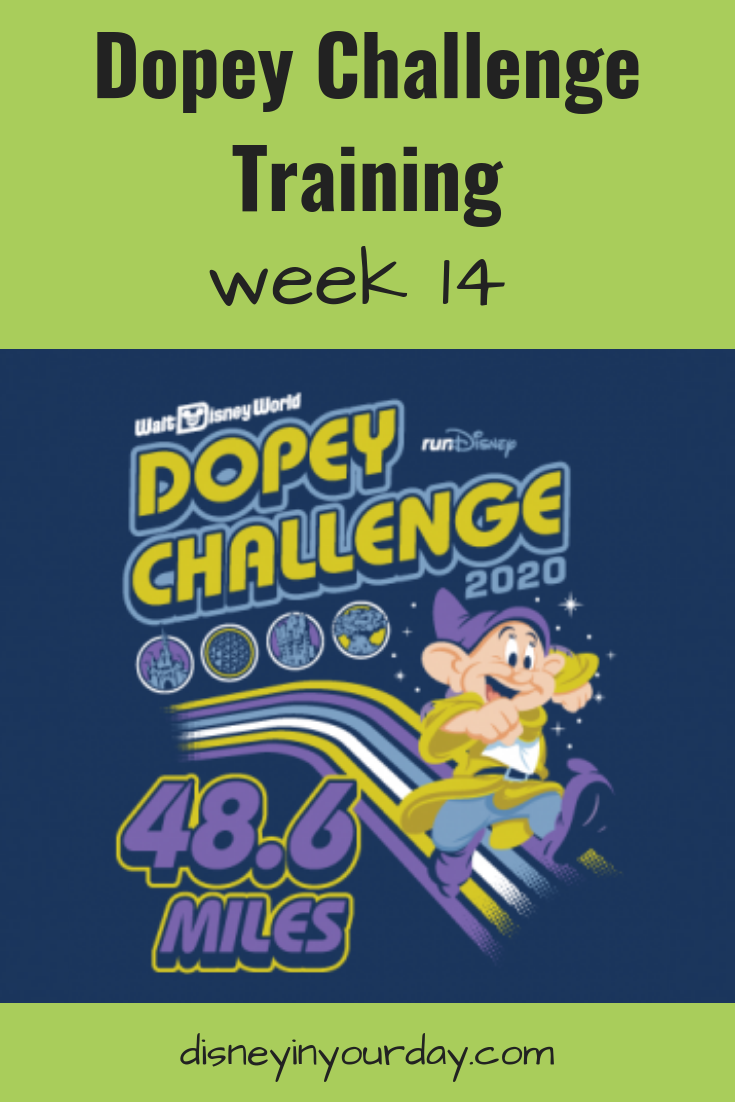 In some ways week 14 feels like one of the most intimidating weeks. Running up to 13 miles isn’t necessarily a huge deal for me – I’ve done enough half marathons that while of course they’re still challenging, I know I can do it and have done it many times before. Going up to 15 miles is a little scary because it’s the first time I’m really going past 13 (except when I did marathon training the first time 3 years ago).

And since it’s not just the marathon but the Dopey Challenge, I also had to add on a 5.5 mile walk the day before the big 15. I must hate myself, or have forgotten I had to do 15 miles or something, because all of my shorter runs during the week were hill intensive. I very much regretted that once I started my long run.

On Tuesday and Thursday I joined our local running groups and did my runs on Cromby, the giant hill. I signed up for a 10k at the end of the month which runs that route so I figured it would be good to get some practice in! For my five and a half mile walk I did it on Friday after work, since I was planning to run the 15 on Saturday (we had a beer festival Saturday evening so getting up on Sunday to run didn’t seem like the best idea!). I stopped in Valley Forge to walk since it’s near work, but once again: hills! I also get antsy just walking for that long so I threw in a little running too.

Then it was time for the big 15. I got a bit of a later start than I had hoped to, but I guess it worked out because it was pretty cold in the morning. By the time I went out around 9:30 it was more in the 50’s so I was more comfortable. I headed to a trail near home that’s relatively flat. Another nice thing about running in the area now that I know so many other runners is that I saw about 5 or 6 people I knew also out running that morning!

I’m pretty happy with how this went. My legs were more sore than they should have been because of all the hills (lesson learned for next time). The hydration pack seemed to be working pretty well. My toe didn’t give me any major problems, though my right hip flexor was feeling it. I’ve definitely improved from the last attempt at marathon training. I’m trying not to feel badly about the fact that I walk just as much as I run. Obviously I walk at a pretty fast pace, and it’s so I can catch my breath and keep running, but now that I know so many “hardcore” runners from my groups it’s hard not to get caught up in that sometime. I’m just really happy I got it done! 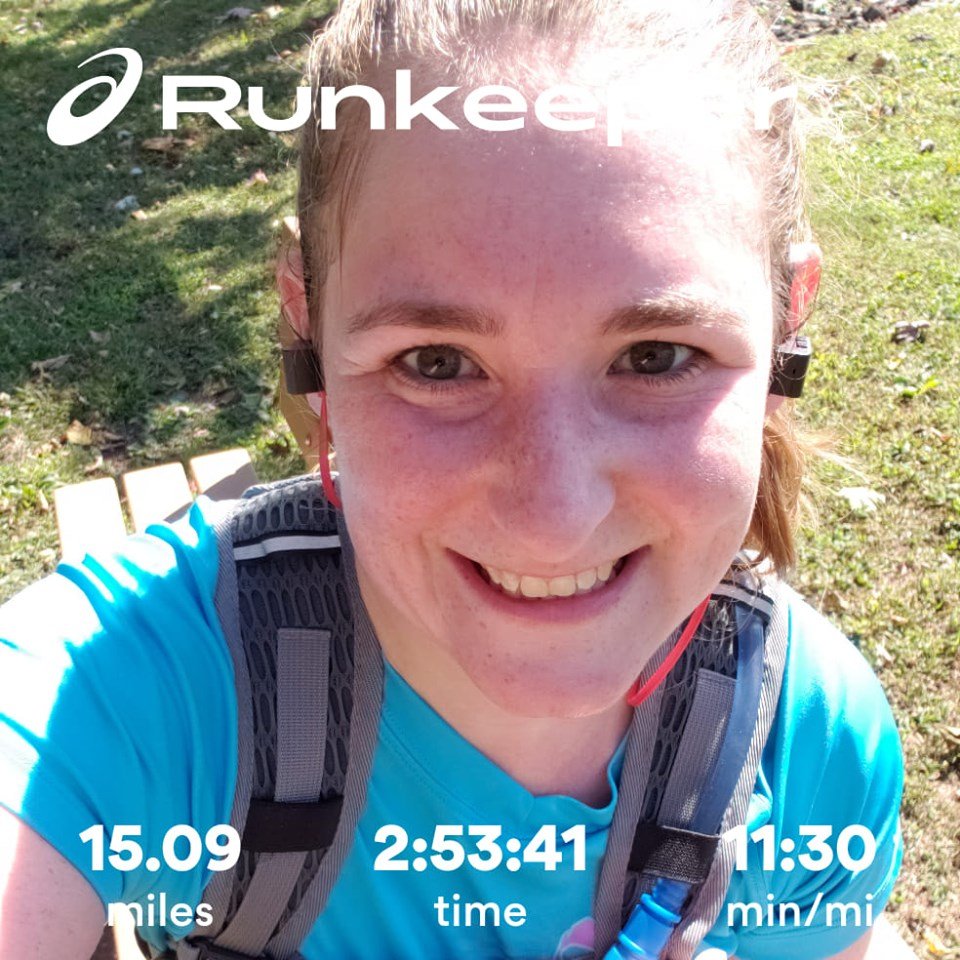 Have you trained for a marathon before? Do you have any tips or advice?