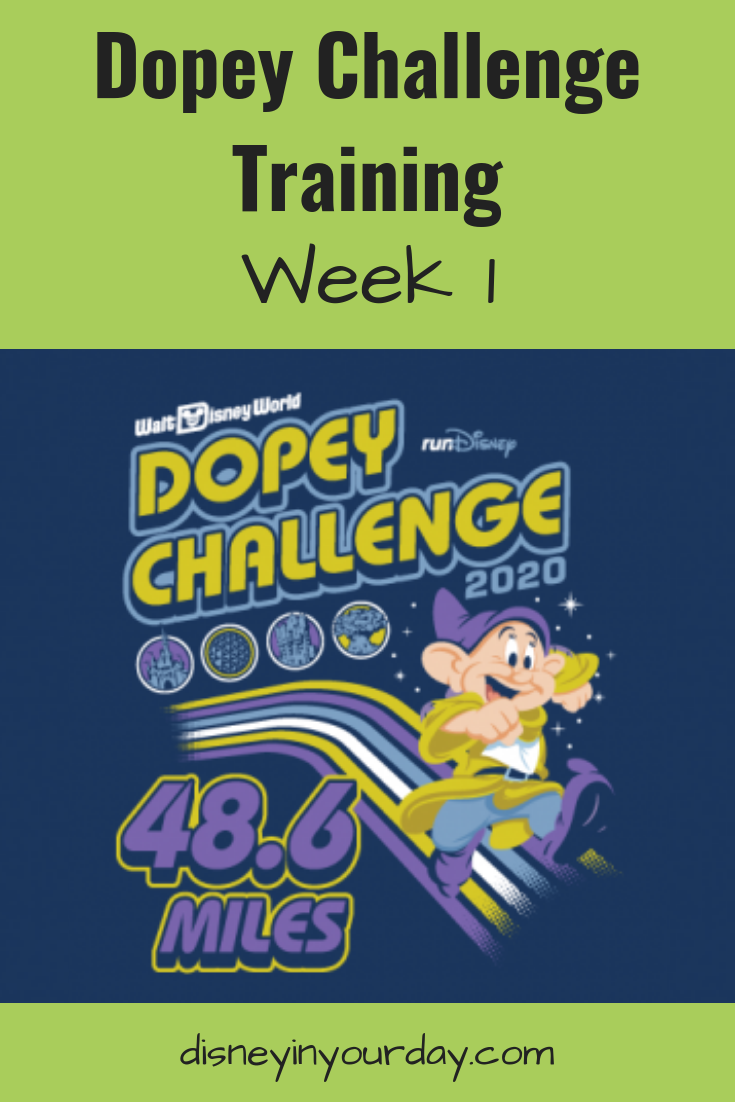 If you follow me on social media, you might know that a few months ago I signed up to run the “Dopey Challenge.” That’s in January and it’s 4 consecutive days of a 5k, 10k, half marathon, and full marathon. I might be crazy but I am at least going to train hard for it! I’ll be detailing my training on the blog each week. The good, the bad, and the ugly.

I ran a full marathon two and a half years ago and I swore I would never do it again.  Yet here I am. I’ve actually gotten more into running in the past two years, thanks in large part to some local running groups I’ve joined, full of encouraging and motivating people. I still battle some hip pain, but I ran my fastest half marathon this past May. Now I’m easing into marathon training and reminding myself it’s definitely about distance and not speed. So that’s where I’m starting this journey.

It’s not just about the running, either. Through the years I’ve learned how important other things are, like cross training, nutrition, and hydration. So I’ll be sharing some of those things along the way too!

Week One Dopey training at least starts off pretty easy. I’m following Jeff Galloway’s training plan, though I know there are other options (I almost went with Hal Hidgon). However, I’ve always used Galloway before and have been successful, so it feels right to me. Every single week of the training program involves 2 weekday runs that are 45 minutes each and then different things on the weekends. 45 minutes is longer than I’m used to running on a weekday (I’ve been sticking with about half an hour) so that will be a bit of an increase but shouldn’t be too bad.

I did two of my training runs on hills this week because I have a 10k on Sunday that involves some major hillwork. It was also one of the worst weeks to start marathon training because the humidity has been absolutely awful here. I’m not a morning person but I’ve gotten up at 6am to run and still found myself facing 99% humidity. Just gotta push through it.

Tuesday’s run was relatively flat and I felt pretty good despite the humidity. Thursday was definitely more rough, feeling more humid and dealing with a GIANT hill. I also started later than usual because I ran with a group who was meeting at 8am.  Finally my 3 mile run was decent. More hills and humidity but I felt like I could push a little harder knowing it was a shorter distance. 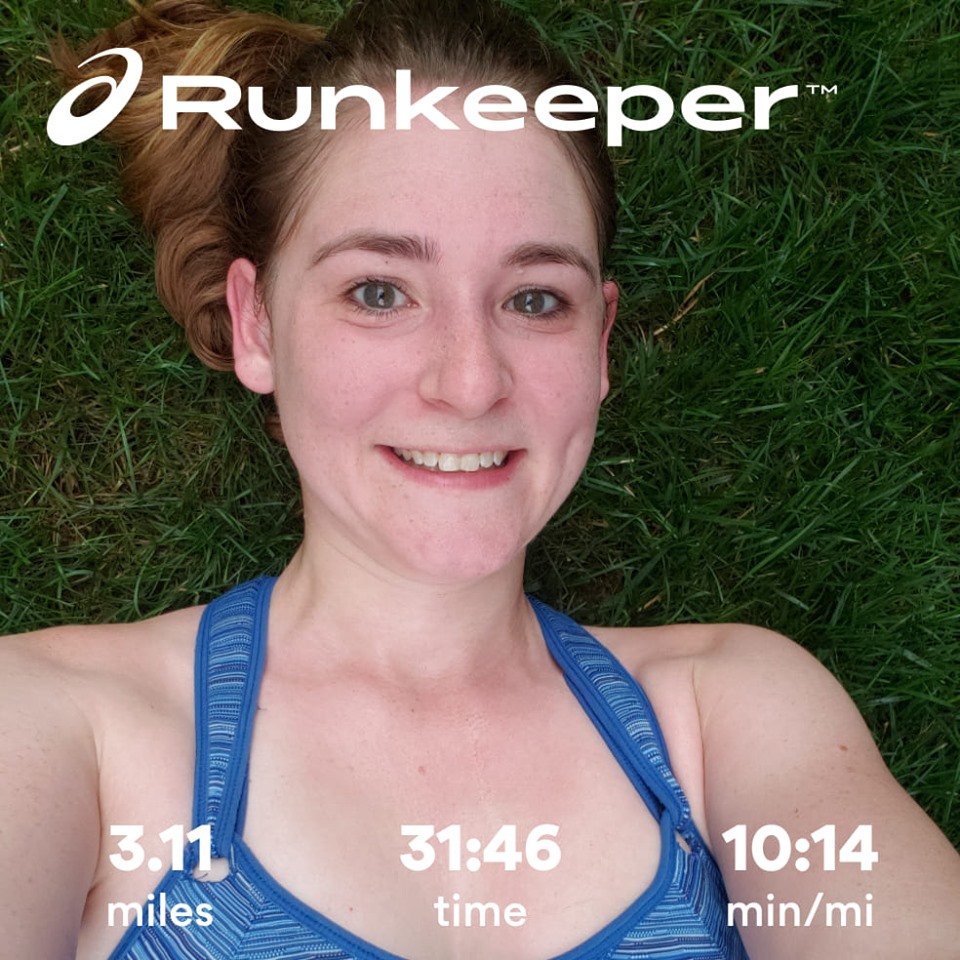 I’ve been meal planning and prepping again, which helps a lot. I got a cookbook called “Run Fast. Cook Fast. Eat Slow.” So I’m trying some of the recipes from that. One really tasty one this past week was a raspberry based smoothie bowl. i topped it with blueberries and coconut for the Fourth of July so I could have a bit of a festive breakfast after my run! 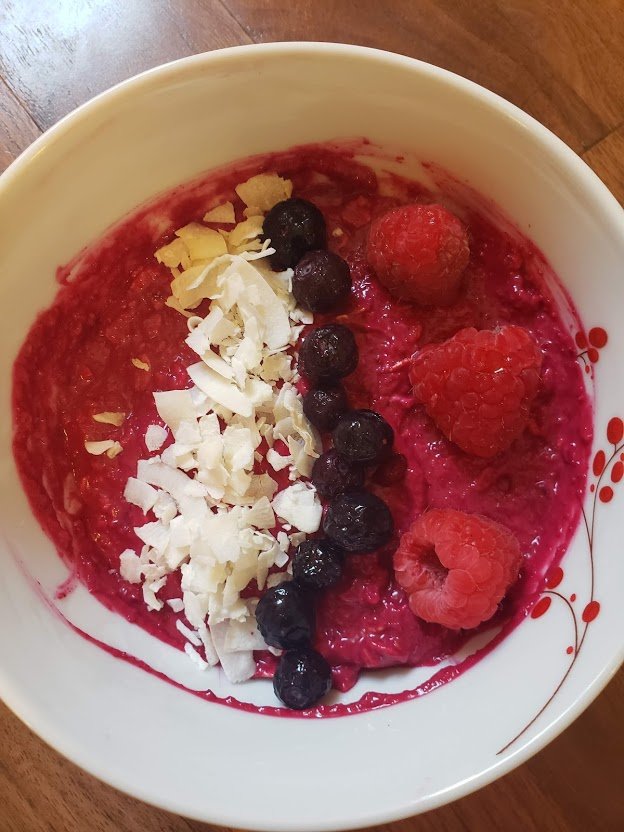 On Monday I hit the gym for some weight training. I have a workout a friend designed for me that’s a combination of legs, arms, back, and abs. So I got all of that done. Then on Wednesday I did 75 minutes of yoga. 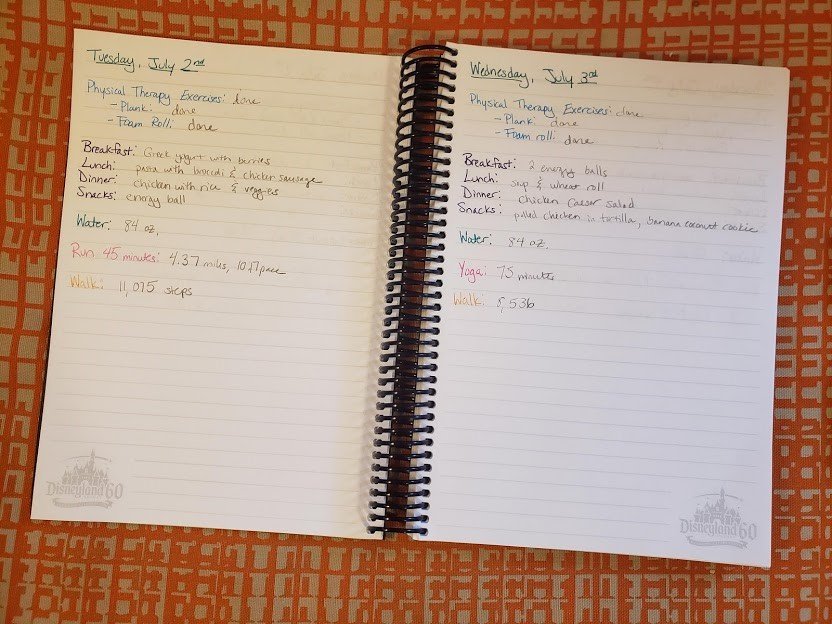 I’ve also been trying to keep track of all of my healthy goals in a notebook. We’ll see how long this lasts, but so far I’ve stuck to it for the week!

Have you run any Disney races? Do you think I’m totally crazy for doing the Dopey Challenge??