While I sit here waiting for my red-eye flight, I’m excited to think about all of the amazing things that we got to experience on our trip to Disneyland the past week.  There will definitely be some detailed blog posts in the coming weeks on a number of these things, but I wanted to do a quick “round up” post detailing some of the highlights of our trip.

This is what I had been training for, and I was both excited and nervous for it.  It turns out that the half marathon went extremely well!  Running through Disneyland was a lot of fun – the first 4 miles were through the parks, and then most of the rest was through the streets of Anaheim, where lots of local talent came out to entertain us.  There were dancers, cheerleaders, marching bands, old fashioned cars parked on the sides – lots of stuff to see!  We also ran through Angels stadium.  But the most exhilarating part was the fact that I got a personal record, big time.  My previous time at Princess Half Marathon was about 2 hours and 45 minutes.  My training runs leading up to this were even slower, about 2:55.  But for Disneyland I finished in 2:31!  I couldn’t believe it – that was an 11:32 pace.  And for running a half marathon in Disney World and Disneyland in the same calendar year, I earned my coast to coast medal! 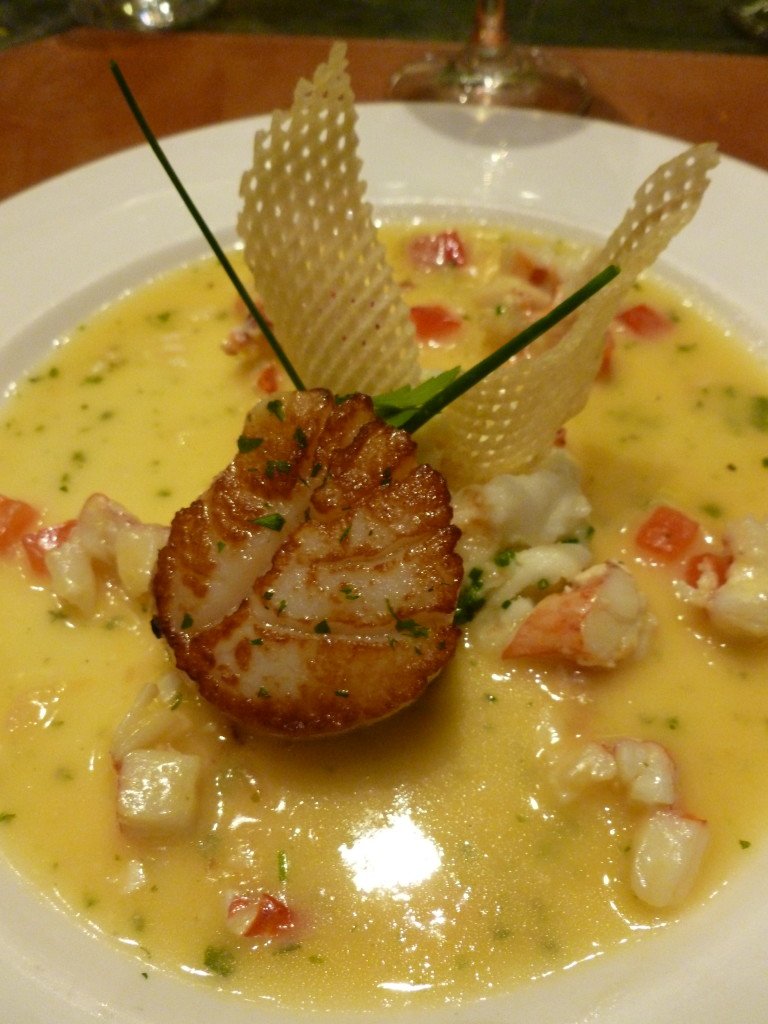 For our anniversary we splurged on a meal at Napa Rose’s chef’s counter.  We opted to go with the Chef’s tasting menu, where we had a multi-course meal designed around our tastes, as well as wine pairings with each course.  The food was absolutely incredible, and while the portions for each were small, we had about 7 courses counting a small appetizer and a small cup of soup so we were stuffed silly!  I think my favorite thing I had that night was a scallop and lobster dish in lemon vanilla sauce.

Walking into a new Disney park for the first time 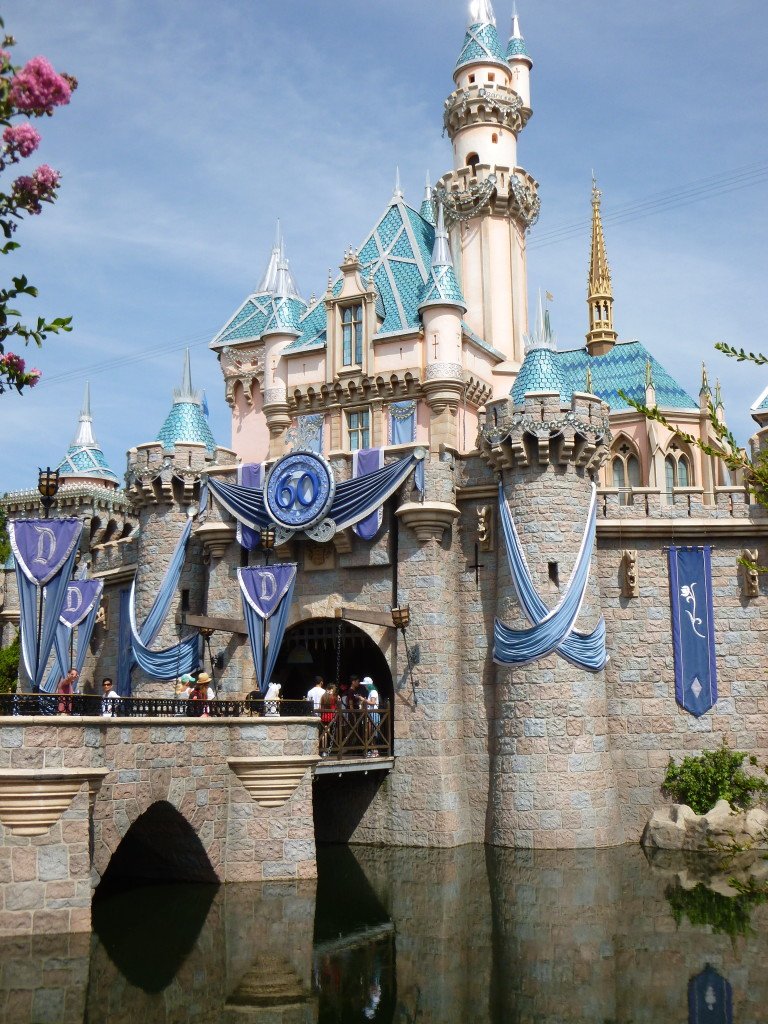 I love Walt Disney World, but because I go there all the time I don’t get that same feeling when you first arrive somewhere new.  But Disneyland, while similar in some ways, was something new in many others.  Being able to walk into the gates and see their own version of Main Street, the Castle, the Matterhorn, and just the atmosphere was amazing. 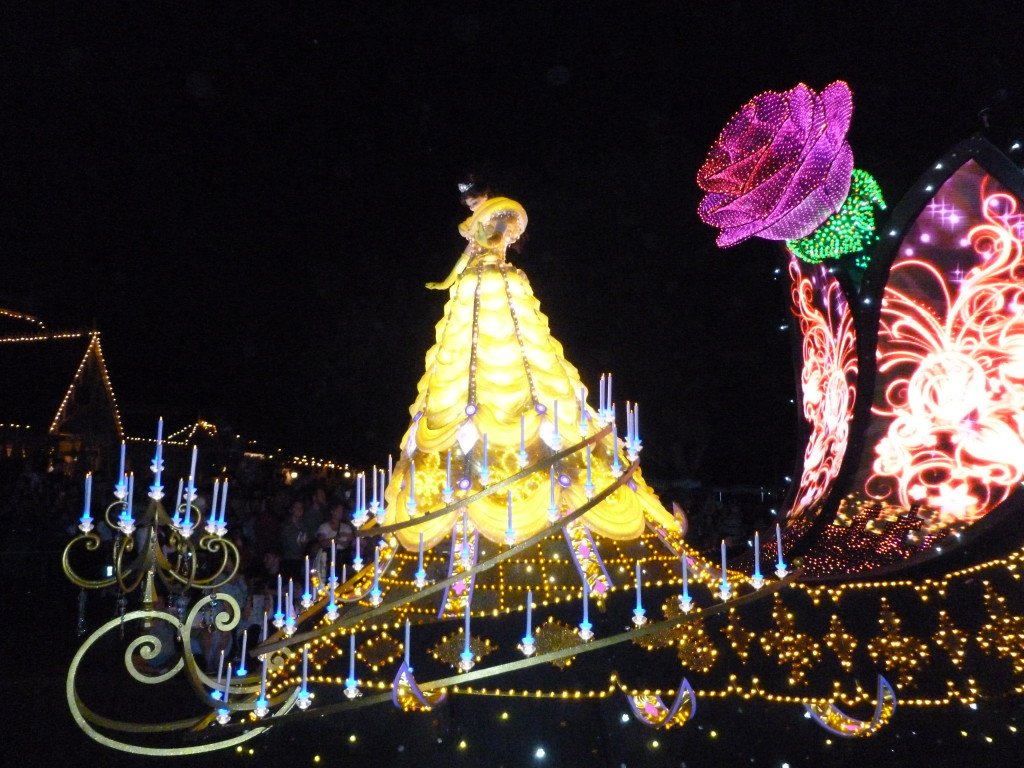 This parade was so great.  The technology, the floats, the characters – it all just blew us away!  Plus the soundtrack is a ton of fun.

So many great rides

Disneyland has a smaller space, but they make great use of it.  So many rides are packed into the park it’s almost overwhelming.  And there were tons of fun ones too.  I loved their version of Space Mountain, and Pirates of the Caribbean.  Indiana Jones was a ton of fun, and over in California Adventure we loved California Screamin and Radiator Springs Racers.  Plus, they still have the Animation Academy!

We did the Minnie and Friends breakfast at the Plaza Inn, and Minnie has some random friends!  At this breakfast we saw Minnie, Chip and Dale, Captain Hook, the Fairy Godmother, Pooh, Eeyore, and Tigger.  Unlike Disney World, where the characters are very orderly and make their way around to the tables in a certain order, the Disneyland characters were wild!  They went where they wanted to and did all sorts of fun things.  We watched Chip and Captain Hook fight it out!  And Chip also kept eyeing up my husband’s meal, coming back over to try and eat it. 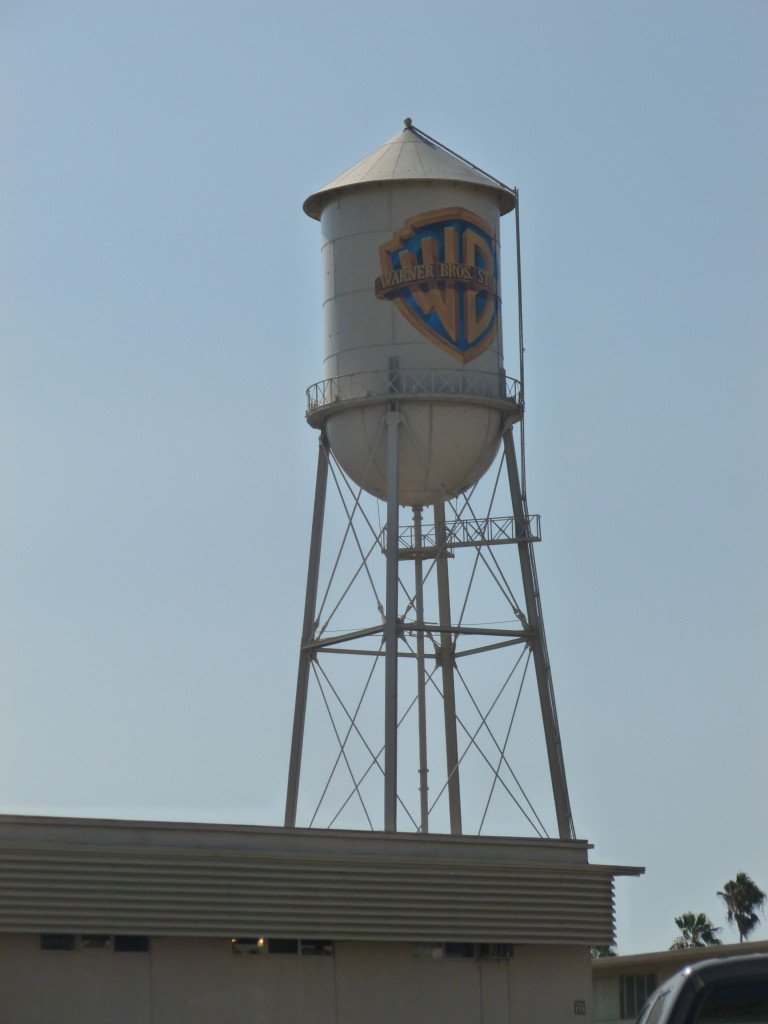 While it wasn’t in Disneyland, we did spend a day in LA and did the Warner Brothers Studios Tour.  It was really neat to see the sets where so many movies and TV shows have been filmed, and learn fun facts and backstage secrets.  We were even able to go into the filming studio for the set of Big Bang Theory!  Then at the end there was a fun interactive area where you could get lots of pictures, including an experience riding Harry Potter’s firebolt.

There were so many other things we did, but these were just some of the highlights!  More detailed information will be coming!  What are you most interested in hearing about?