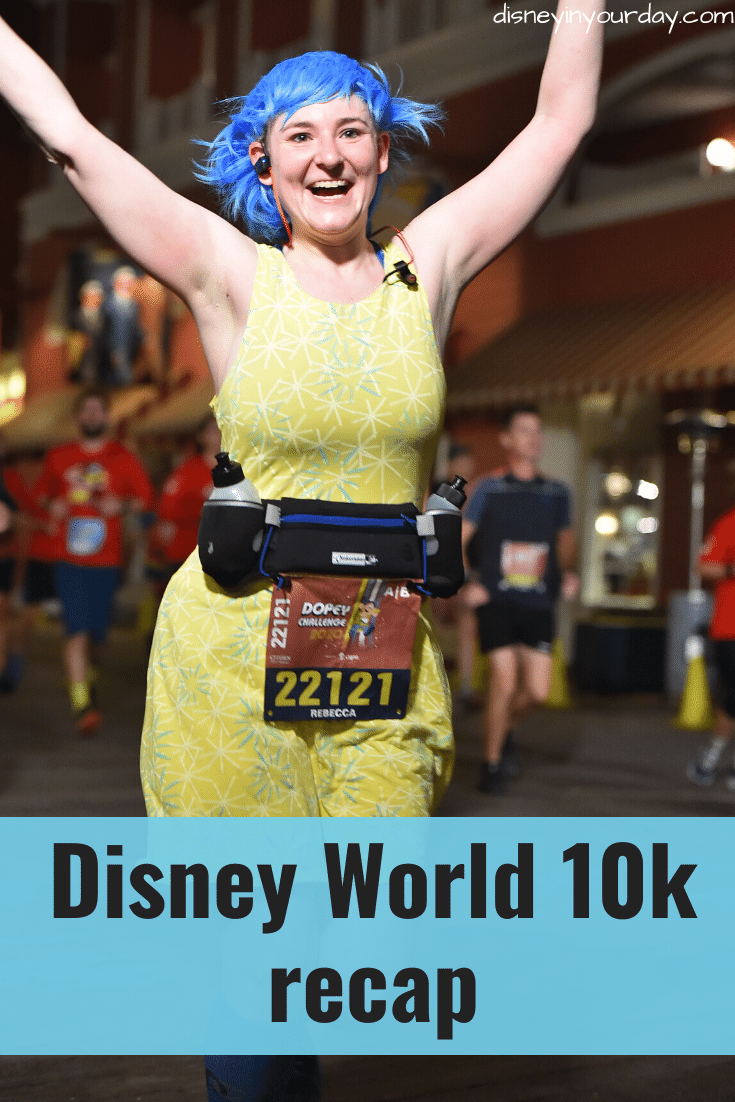 Friday morning was the 10k of my Dopey Challenge – my favorite distance! I would have to work not to run all out, because I needed to save my strength for the rest of the weekend. Plus my back was hurting a bit from the previous day. We’d gone to Hollywood Studios and there was a lot of walking and standing around and it took a bit of a toll.

I let Jason sleep in for this race, as my friend Mercedes was coming to meet me at the start. We met up for a little bit and then I went to get into my corral (B for the 10k). I was doing Joy from Inside Out as my costume for the 10k and took the somewhat crazy approach to actually wearing a wig. I figured for a shorter race that I wasn’t pushing too hard it might not be bad.

I started at 5:43am and it was tough to get going. Even in corral B so many people were walking or going very slowly. I’m sure many of them were doing Dopey, and that was why, but it made it almost impossible to run at the pace I wanted to run at. Luckily I didn’t care that much. But if you’re going to walk (and not power walk, but actually stroll) for most of the race maybe don’t go to the very front of your corral? 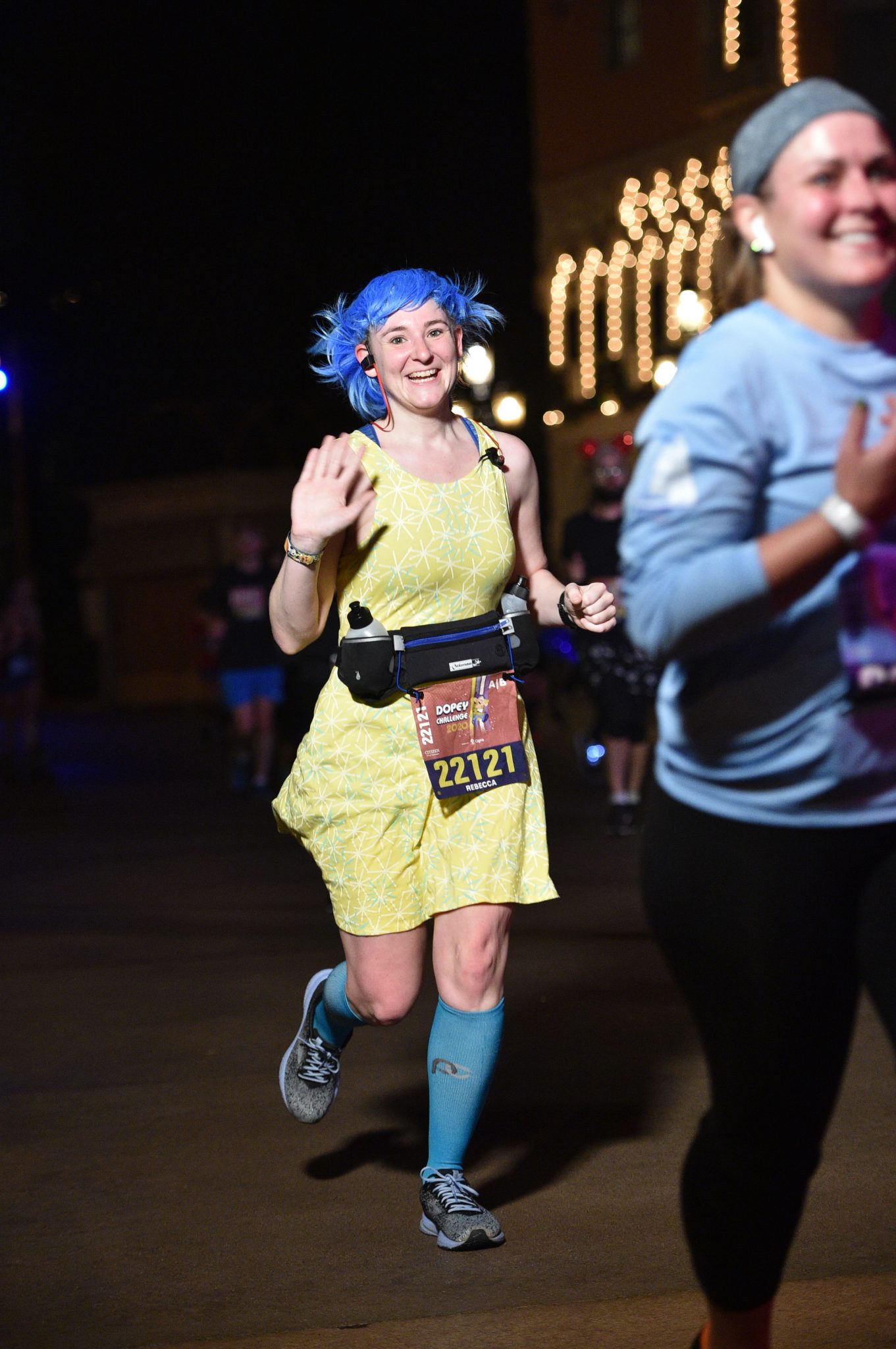 I hit the 5k mark with an 11:36 min/mile pace, and right around here was a character stop that I thought about doing. It was a rare character, but the line was extremely long. It’s hard to make that split moment decision – but since I could not even recall her name as I went by, I decided not to stop. It was the “sexy chipmunk”… which a minute later I remembered was Clarice. It would have taken a lot of time though, and I felt good just running at my slower pace.

We went through Epcot World Showcase and then out onto and around the Boardwalk before going back into Epcot. I really enjoy the 10k. It’s probably my favorite distance to run, and the course at Disney is really nice. I had a good time just taking it all in at a slower running pace. 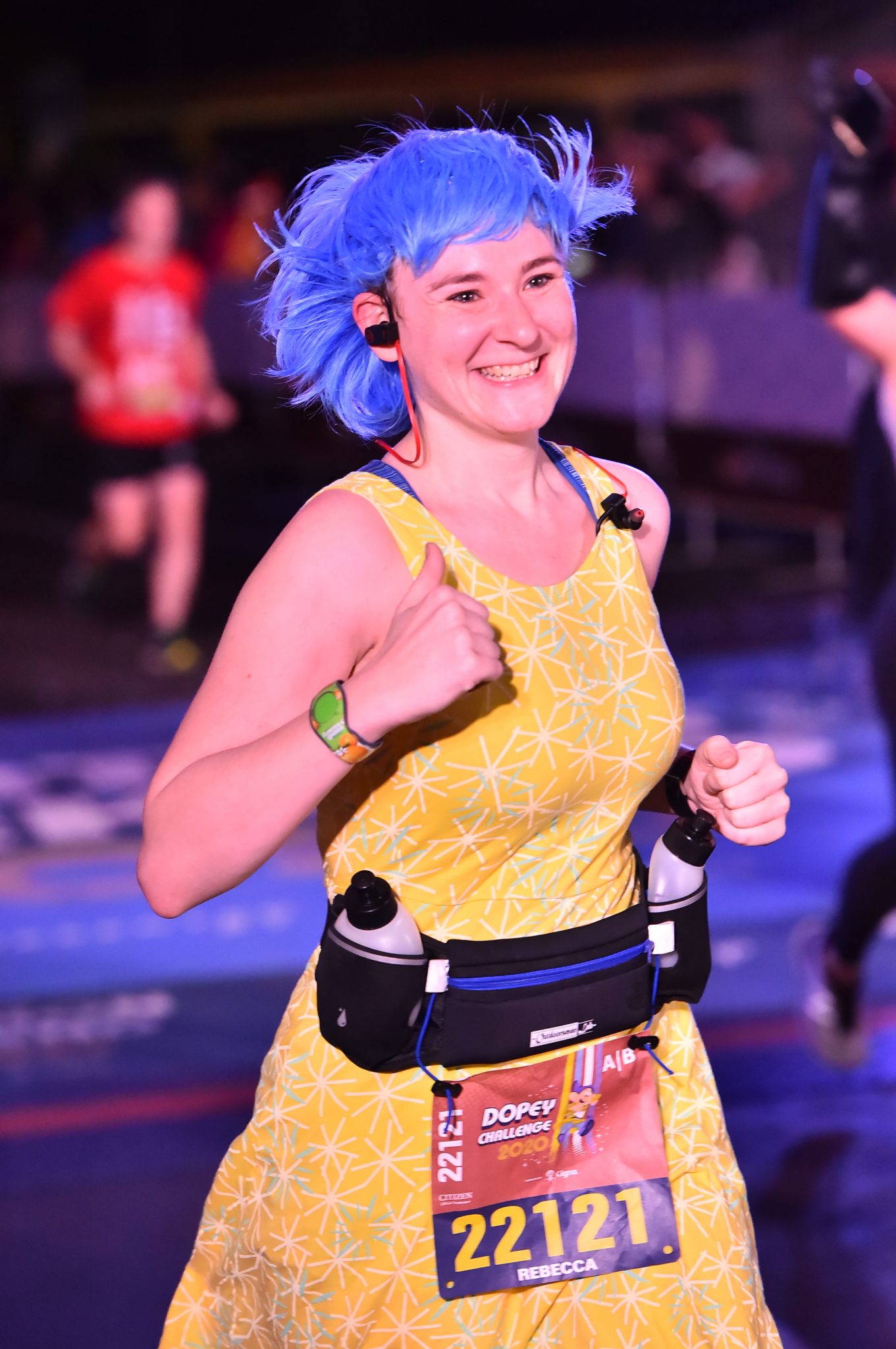 I didn’t end up stopping for any characters because there was no one who really appealed to me. I finished the race in 1:13:14, with an 11:48 min/mile pace. Got my medal and realized I couldn’t quite leave yet because the buses weren’t running. The course ran through the bus area and there were still some people coming that way (it was about 2.5 miles into the race) so they had to wait til everyone had passed. 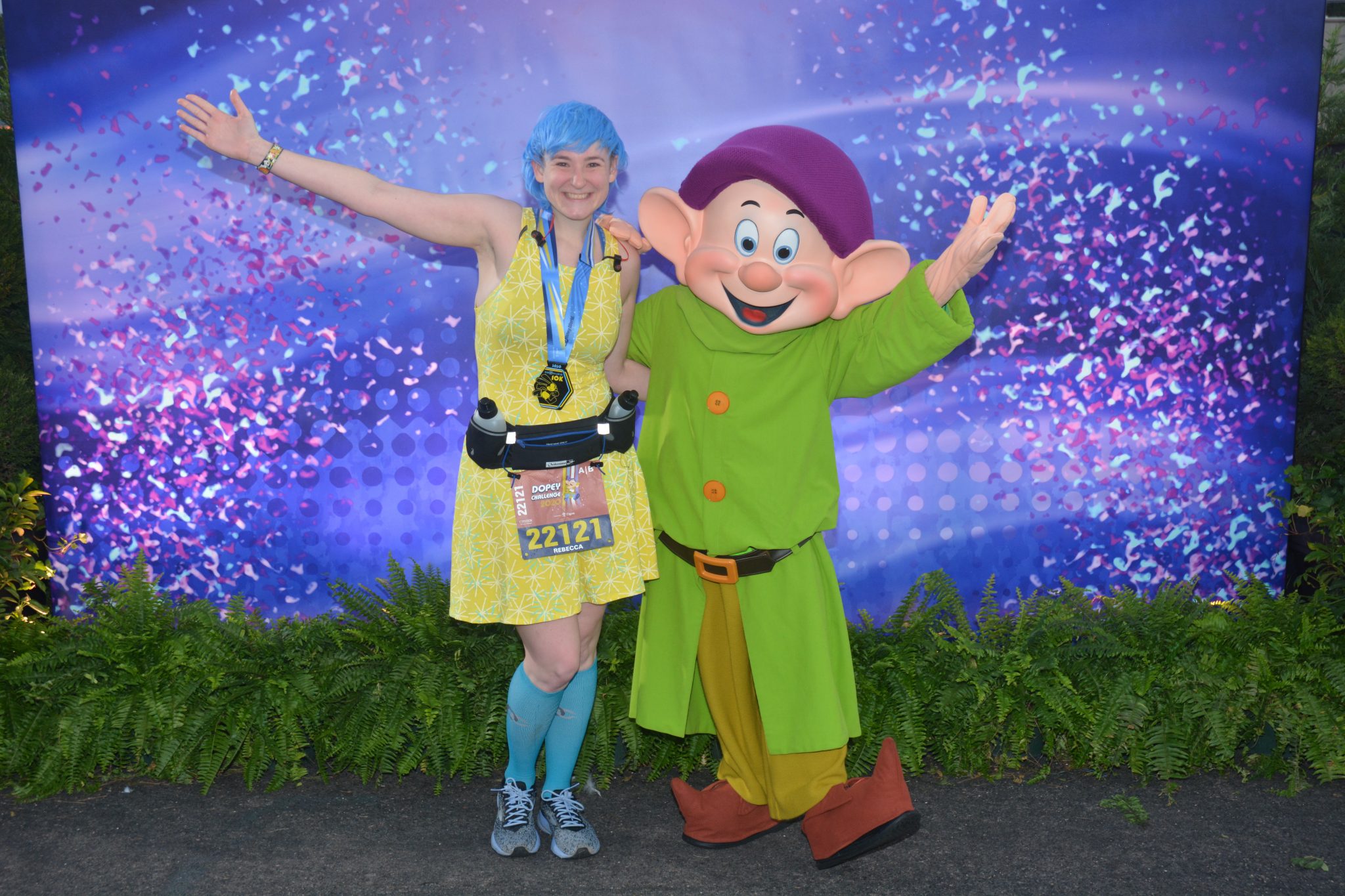 To kill some time I grabbed a beer and got into some character lines. They have characters before and after the races, but the wait times before are insane – they can be up to an hour! I’d rather be in my corral and getting into the zone. I only waited maybe 10-15 minutes to meet Dopey at this point, and then less than 5 to meet Minnie. It all worked out that I didn’t stop for characters on the course because I got some good ones after! 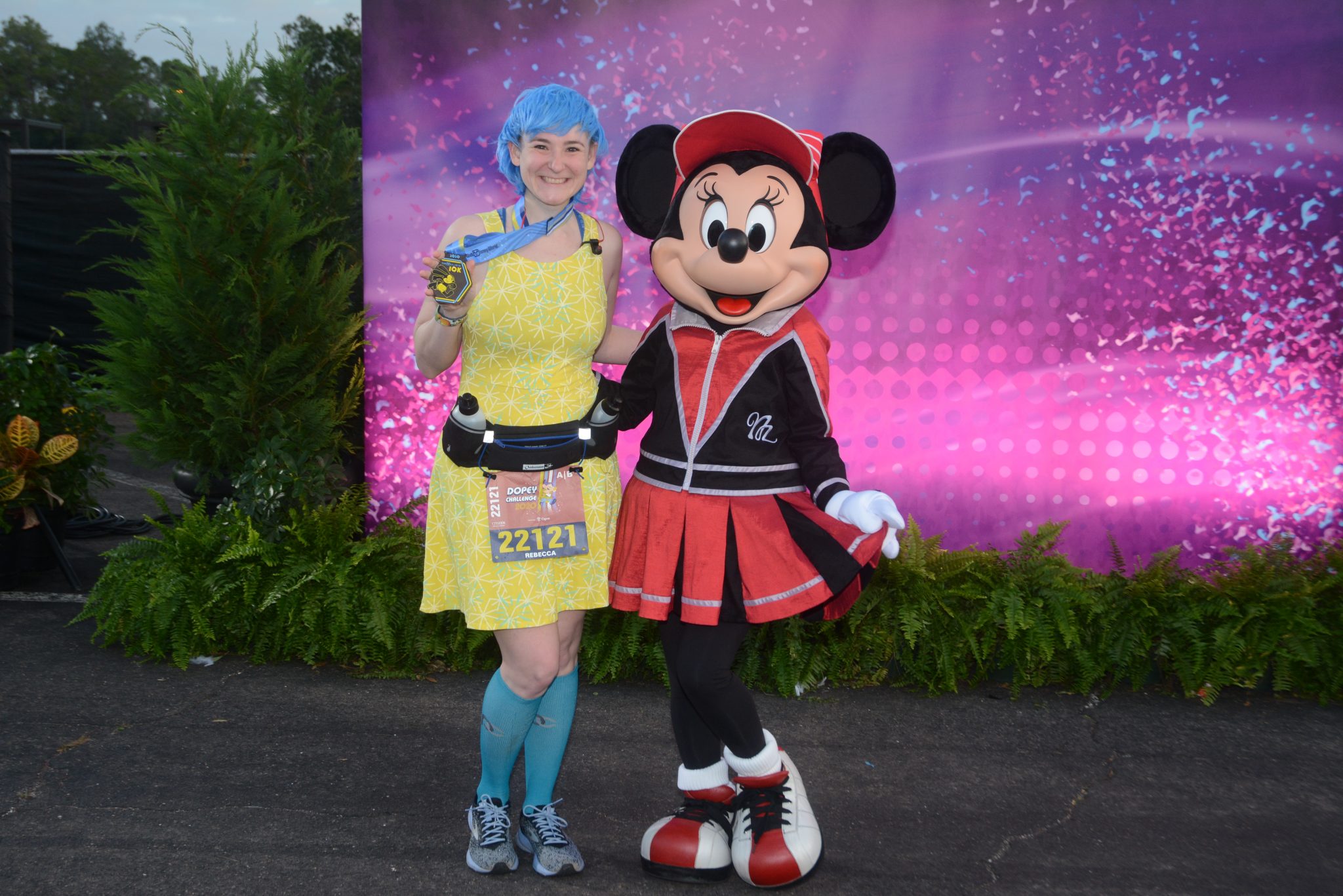 Characters at the Disney World 10k: 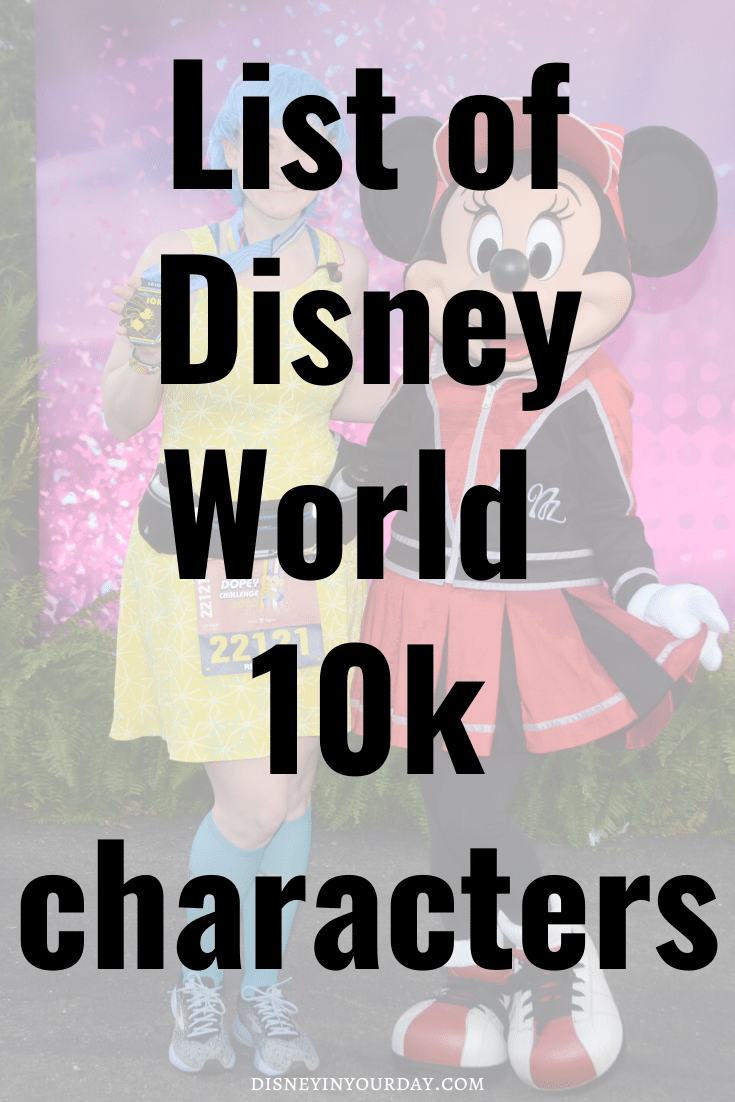