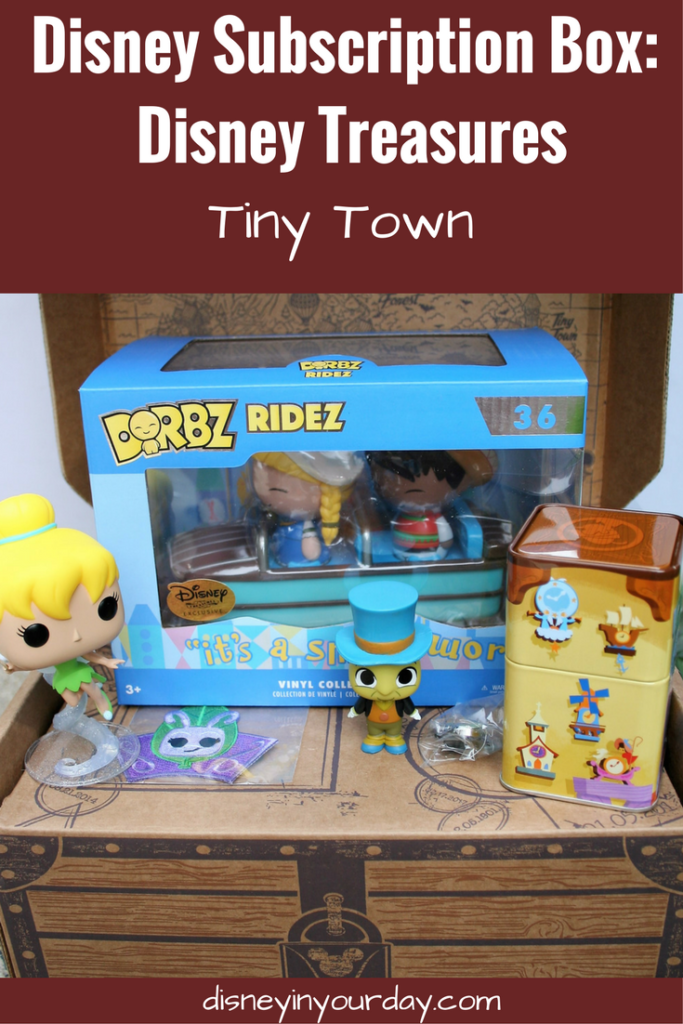 Tiny Town marks the third box I’ve received from the Disney treasures subscription by Funko.  If you’re not familiar with Funko, they are the company that makes those POP Vinyls – the little figures with the big heads. Disney POPs are very popular, so a partnership for a subscription box between these two companies was very exciting news for many! The boxes are delivered every other month and include classic Disney and Disney theme park themed items, and will always have at least 1 exclusive POP vinyl, in addition to other goodies. 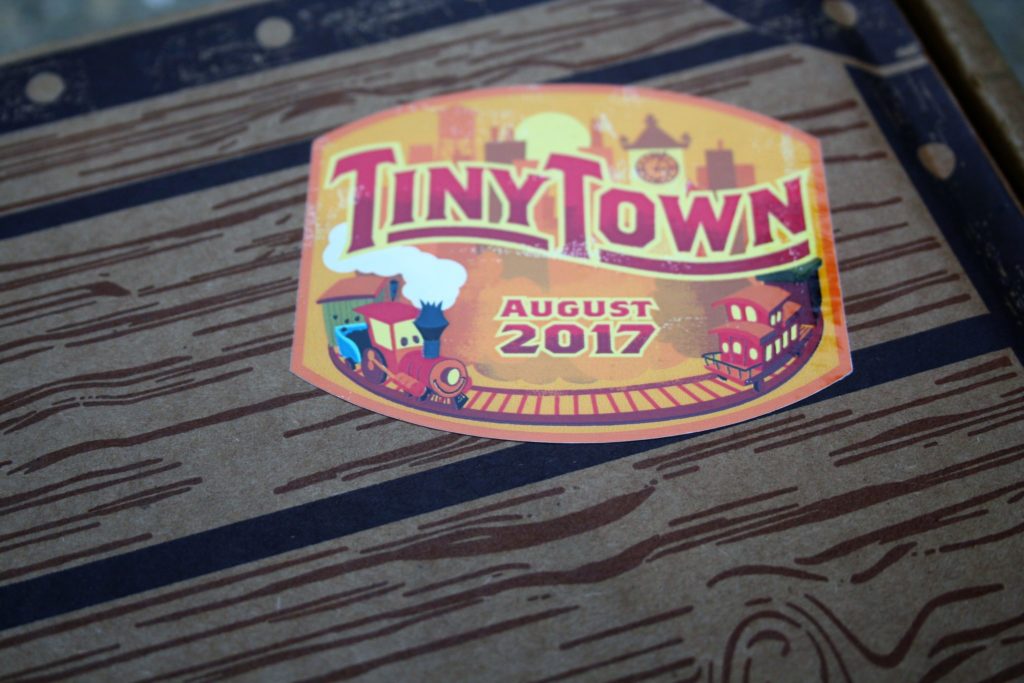 For the month of August, the theme was “Tiny Town.”  This meant that the box focused on items or characters who are smaller – and sure enough, we are Tinkerbell, Jiminy Cricket, and It’s a Small World represented here! 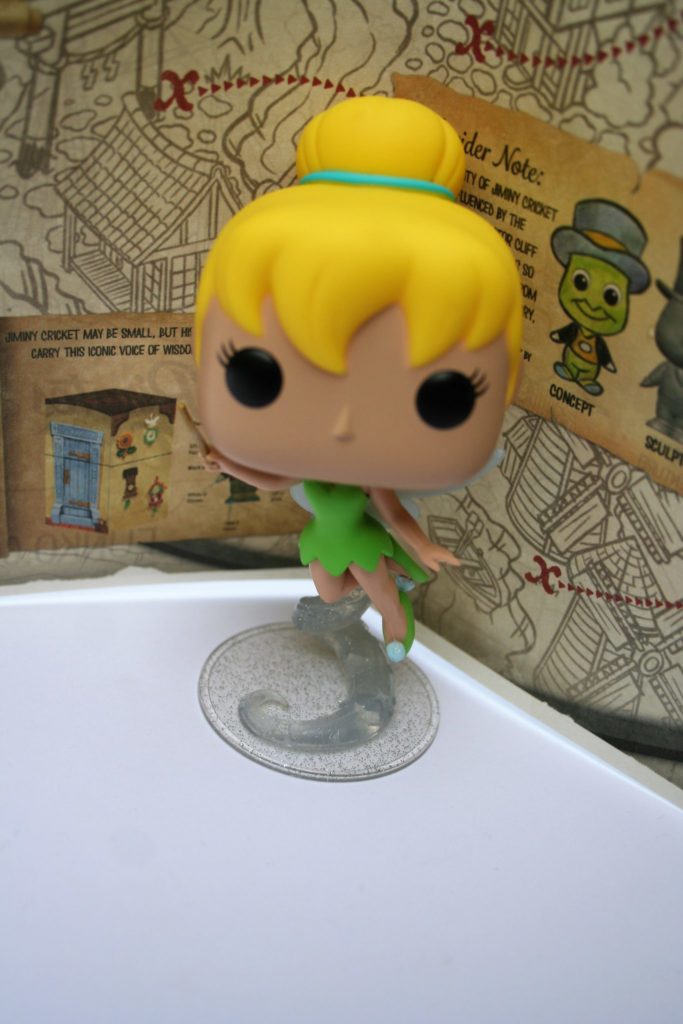 This month we got one POP Vinyl, which was of Tinkerbell.  She’s not only cute, she’s also glittery and in a fun flying pose that is held up by a clear stand, so she’s not just standing around like most of the others.  A fun one to add to my collection! 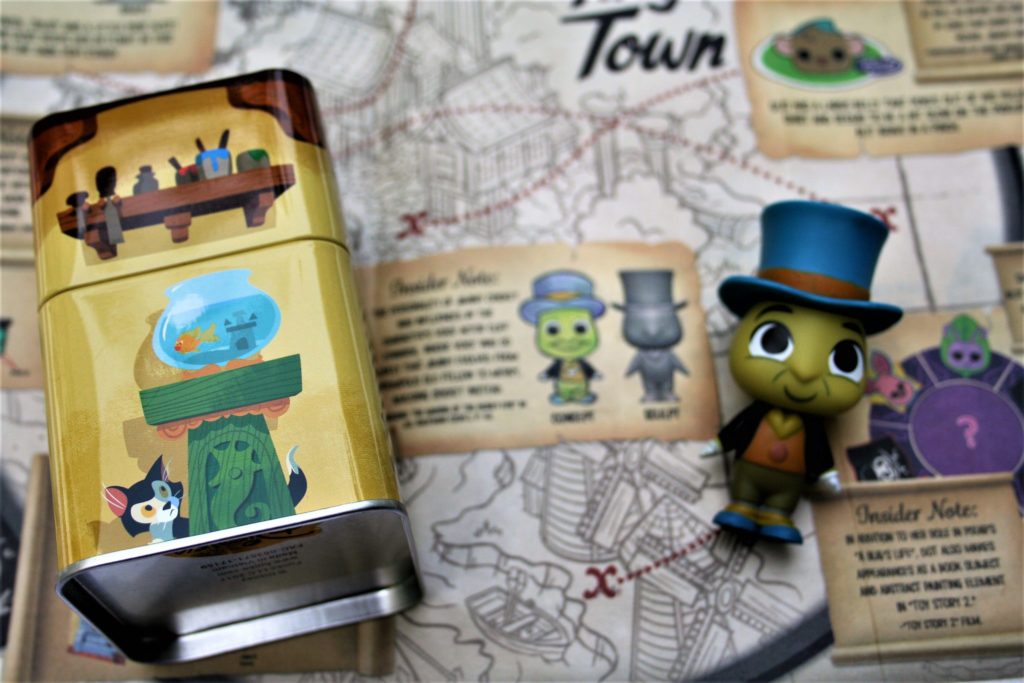 Every box so far has also had a mini POP vinyl in a tin, and the trend continues here so I’m guessing we’re going to see it for every box.  The smaller one in this box was Jiminy Cricket, and the tin is decorated to look like Ghepetto’s workshop, with clocks all over the walls and the fish bowl on a table. 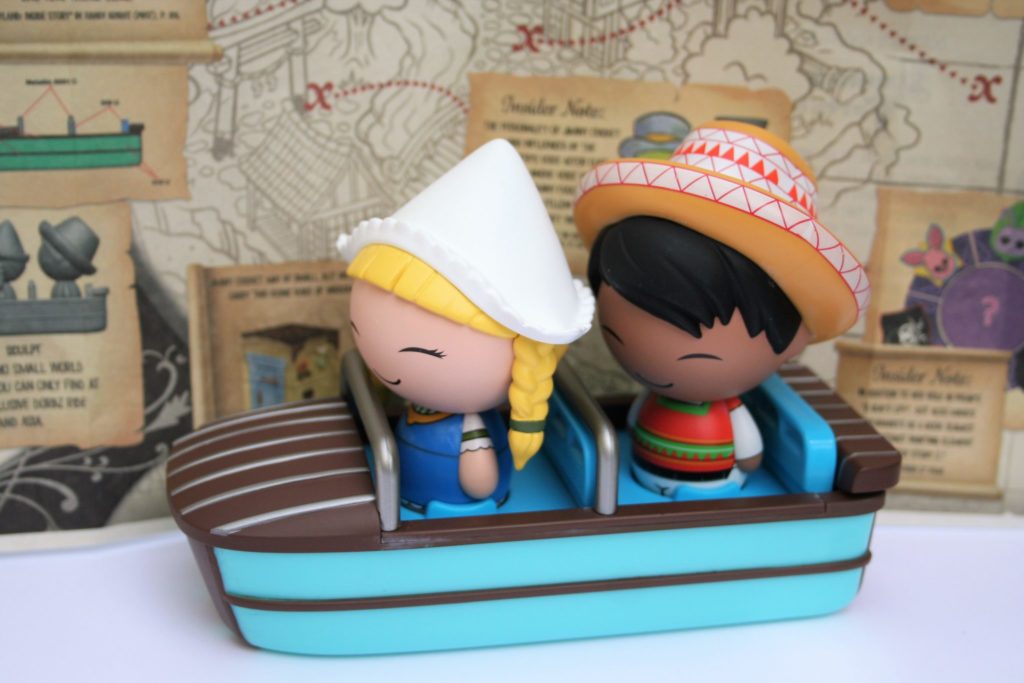 Finally, we got an exclusive “Dorbz” figure set of the It’s a Small World attraction.  It features two of the kids from the ride in a boat and is pretty cute – it would be great for fans of the ride.  Personally it’s not my favorite, so I may try to sell it or pass it on to someone else. 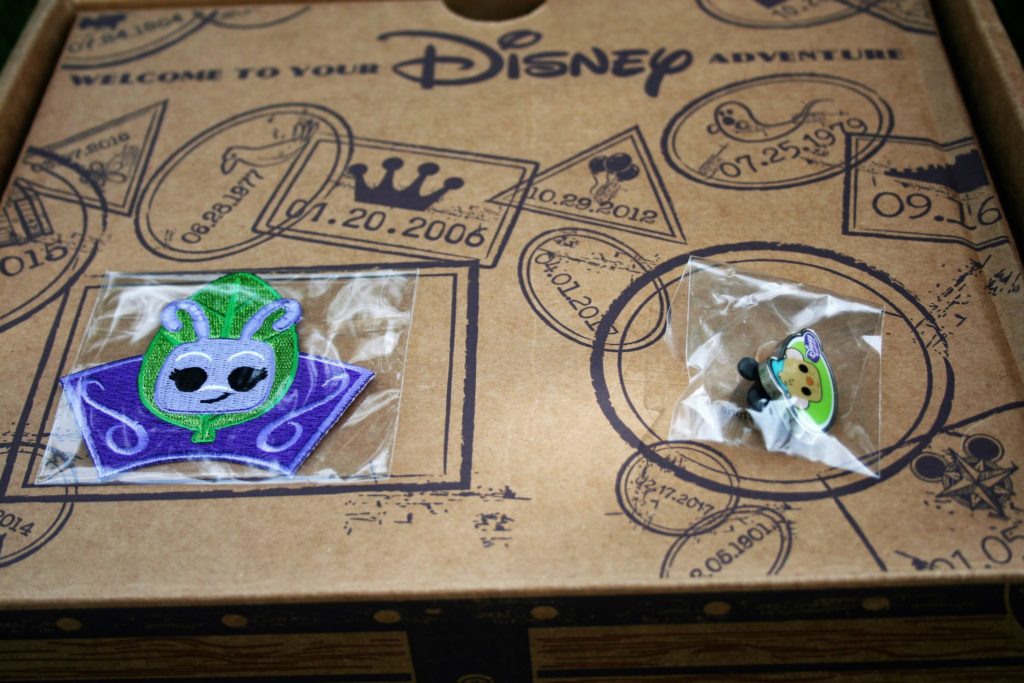 Like every box, there was a patch and a pin included.  The patch was Flik from A Bug’s Life, and the pin was Gus from Cinderella.  Also both appropriate “tiny” characters.

I very well might sound like a broken record in these reviews, but so far I’ve found the box to be way more Funko/figurine heavy than I was expecting.  I know, it’s made my Funko so what exactly did I expect?  But I also got the Star Wars box from them and the Marvel one before, and I thought they had a good mix of figurines and other items like t-shirts, lanyards, and mugs.  I got the annual subscription for Disney Treasures but I’ll cancel it once the year is over.

Fittingly, the October theme is Haunted Forest – I think there could be some really neat things in that box!

What’s your favorite item from the Tiny Town box?  What do you think we might see in the Haunted Forest?