You are here: Home / Holidays / Disney on Ice: Let’s Celebrate! 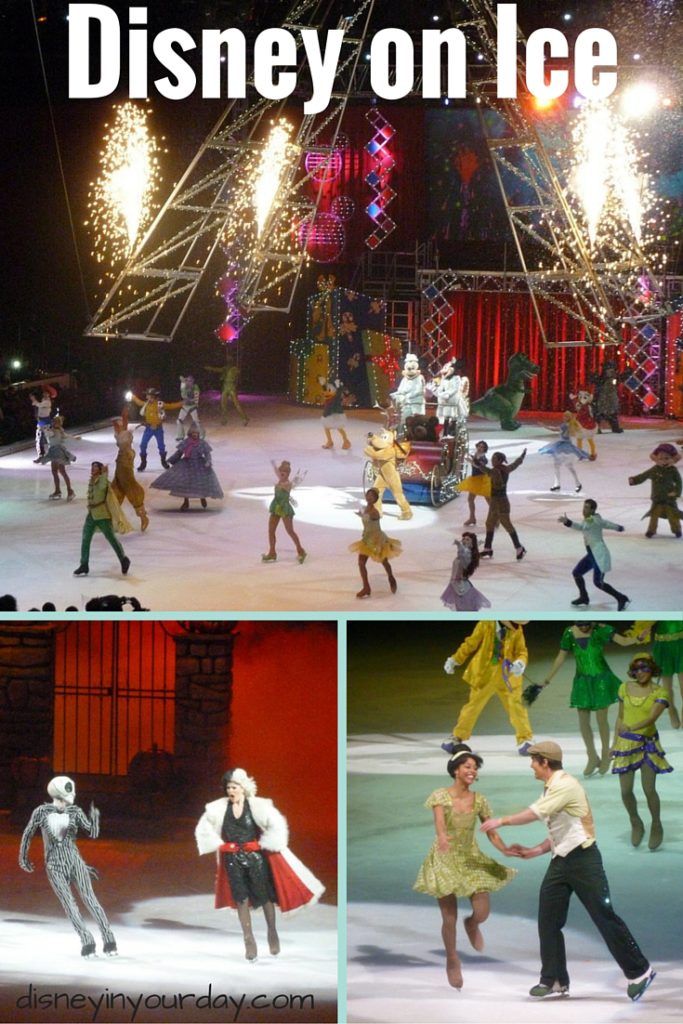 On January 3rd, my husband and I attended Disney on Ice: Let’s Celebrate! when it came to Philadelphia.  We had been to Rockin’ Ever After last year and really enjoyed it, so we were excited for this one.  We don’t have kids, and I will say that we were definitely in the minority on that one.  It’s certainly a show that is geared toward children and not adults, but if you’re a true Disney fan at heart I think you’ll enjoy it regardless.  It’s a fun, feel-good time.

This show started out with an opening number before going into a bunch of different segments, each one based on a different holiday or celebration.  It started off with an Unbirthday party, which was probably the low point of the show for me.  It was just very silly, with more “walking around on ice skates” instead of actual ice skating, which I really enjoy watching.  I’m sure the kids might have enjoyed it, but for me I was a little worried when it started out like this.  Luckily, it picked up and we next went into a segment based on the Sorcerer’s Apprentice (not sure what sort of holiday this represents, but it was cool nonetheless).  There was some very interesting skating done by people dressed in broom costumes, and they brought the lights down low to show off the glow in the dark costumes.  It created a really neat effect and was fun to watch.

Next we celebrated Halloween with a villain’s party.  It was introduced by Jack Skellington, and then various Disney villains entered to join in a song and dance to “This is Halloween.”  For some reason it’s always neat to see the villains out and about, so this was a cool part of the show.  We saw Captain Hook, Cruella deVil, the Evil Queen, Maleficent, and others.

The last segment before intermission was my personal favorite, when we got to celebrate Valentine’s Day with Minnie Mouse.  She imagined she was a princess, and of course many of our favorite princesses came out with their princesses to do some pairs skating.  This is my personal favorite type of ice skating because you get to see a lot of the cool tricks they can do.  Plus, I love the princesses!

After the intermission, we celebrated vacation by going to a number of different countries and locations, including Hawaii with Lilo and Stitch, South America, Japan, China with Mulan, and New Orleans with Tiana and Naveen.  It was a nice representation of different cultures.  I thought that the Japan dance in particular was very beautiful, but my favorite was New Orleans because it was just so much fun!

And then of course, how could we have a show about holidays without Christmas?  We had Santa Goofy and Mickey and his friends, but this was really about the toys, as the Toy Story friends came out to skate for us.  That led into the grand finale with many of our favorite characters returning, dazzling Christmas lights, and of course a few Disney fireworks!

Overall we enjoyed Let’s Celebrate, but I have to say that I preferred Rockin’ Ever After.  I just liked the shows where they actually retell the stories more than ones that are basically a cabaret of different numbers.  Plus, I felt like Rockin’ Ever After showed off more ice skating talents than this one did.  Nevertheless, we had a good time and will definitely be back to Disney on Ice events in the future!