You are here: Home / Fashion and Clothes / Disney inspired nails

One of my favorite things to do before I leave for a Disney trip is my nails! I like to have both my toes and my fingernails done, which isn’t a regular thing for me. I try to have my nails done most of the time since I discovered Jamberry and loved their designs, but my toes often get neglected. With my trip coming up in just a couple of days I knew I needed to give a little TLC to my nails – Disney style! 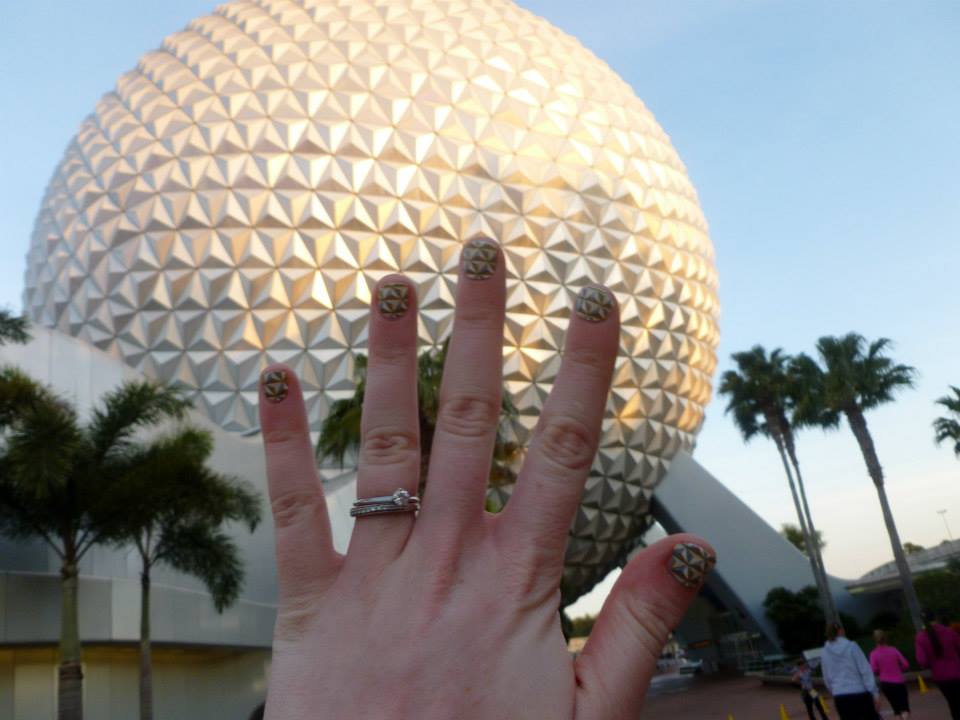 For awhile I was excited because Jamberry partnered with Disney to create officially licensed wraps that had the characters on them. They are super cute and I stocked up when they announced the partnership was ending.  I’m still hopeful that they will bring back the Disney collection someday, but in the meantime I’ve used their nail art studio to design some of my own Disney inspired nails! 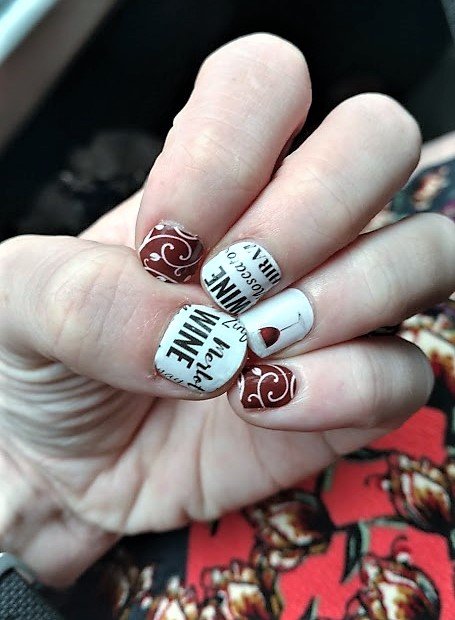 If you’re not familiar with Jamberry, they are these fun nail wraps you can use instead of nail polish.  They are sticky and apply with heat.  I’ve found that they are quicker to put on than multiple coats of nail polish, and they last way longer – mine stay on for about 10 days, but I’ve heard people who don’t use their hands as much for work have them last 2 weeks or more!  Plus, you can get all sorts of cool patterns and designs that wouldn’t be possible with nail polish.

I think these are some fun designs reminiscent of popular Disney attractions or films, and if people like them I’d love to design more as well. Fun nails are such a good way to put some Disney in your day! 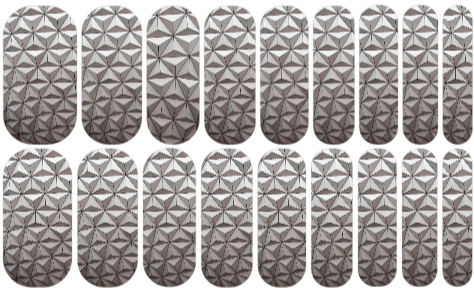 This Epcot nail wrap inspired by Spaceship Earth is perfect if you like something that’s a little more subtle but still has Disney written all over it for people  “in the know.” 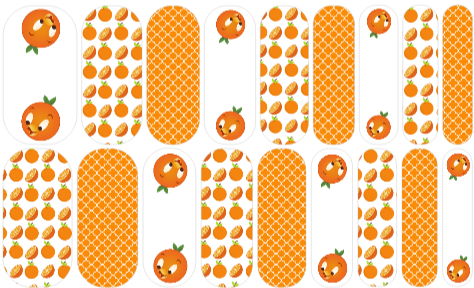 Knowing me, did you think it was possible I wouldn’t do something orange bird inspired, in honor of my favorite Disney treat – the citrus swirl? Of course I’ve already ordered this one and I’m thinking it might be what I use for my November trip. 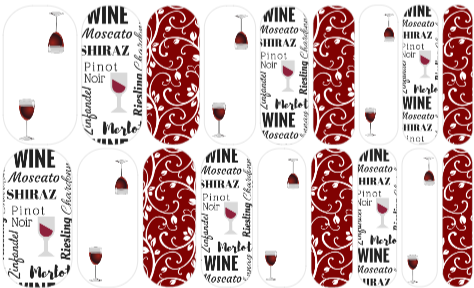 Fans of the Epcot Food and Wine Festival who are most excited about the “wine” part might have fun with this wine design. Also just great for drinking around the world in general 😉 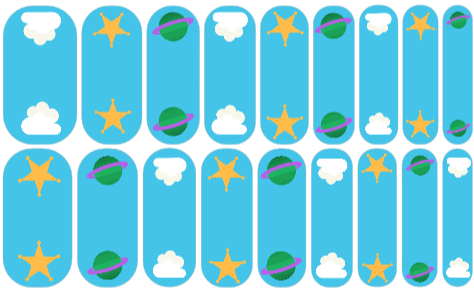 Need something fun for Toy Story Land? This Toy Story inspired wrap is reminiscent of Andy’s wallpaper, with symbols to represent Woody and Buzz as well. Colorful and perfect to match the atmosphere of Toy Story Land! 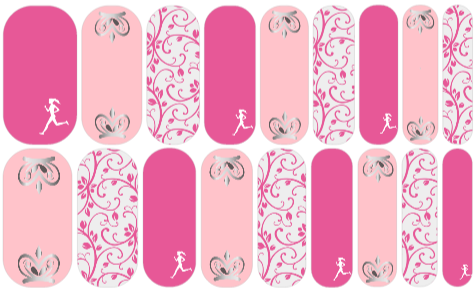 Signing up for the Princess Half Marathon today? I designed the running princess nail wrap with the half marathon in mind, since I run it every year and it’s pretty special to me. 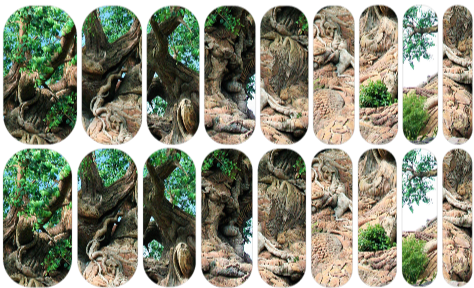 As an Animal Kingdom fan, of course I had to do something in honor of that theme park. So here’s my Tree of Life nail wrap!

So these are the six I’ve come up with so far (I also have some Harry Potter inspired nails if you’re a fan of that as well!). I’d love to do more – even if other people don’t purchase I know I’ll wear them once I run out of my supply of Disney wraps! But if there’s something you’d like to see, let me know so I can get my creative juices flowing! 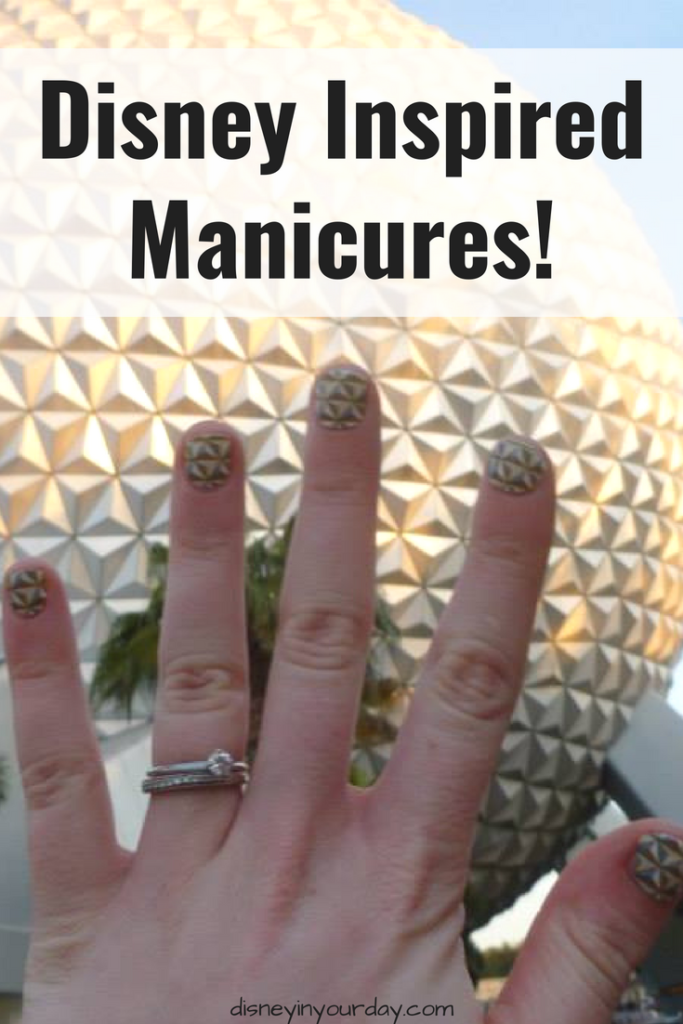 Which Disney inspired nails are your favorite? What designs would you like to see in the future?