And this brings us to our final day of our cruise. Luckily I woke up feeling much better (I had ended our day in Ketchikan feeling a bit ill). Our friend Kelcie that we were sailing with and having dinner with every night is a photographer, and she offered to do some photos for Jason and I around the ship! 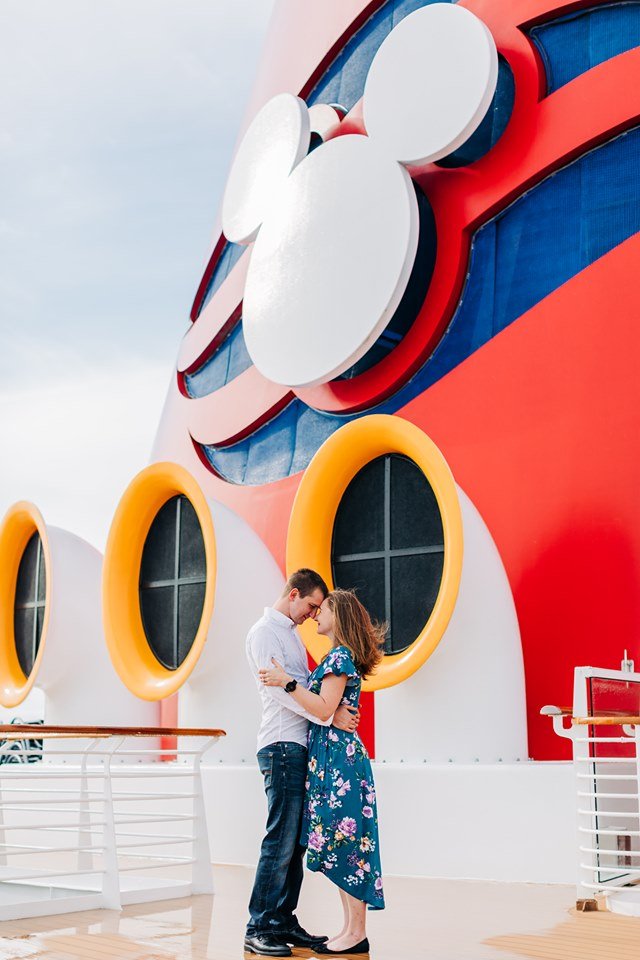 As you can probably tell from the photos her work is amazing, and I highly recommend her if you’re getting married or want photos for any occasion in the Oregon area – you can find her website here. Since Jason and I were celebrating our 8th anniversary on the ship it was so nice to have some anniversary photos during the trip. 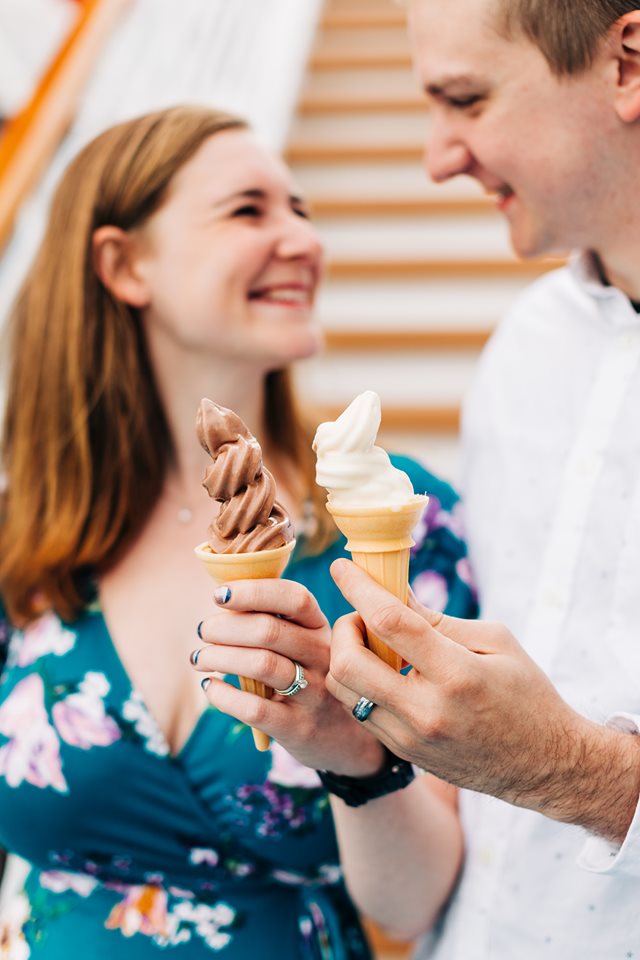 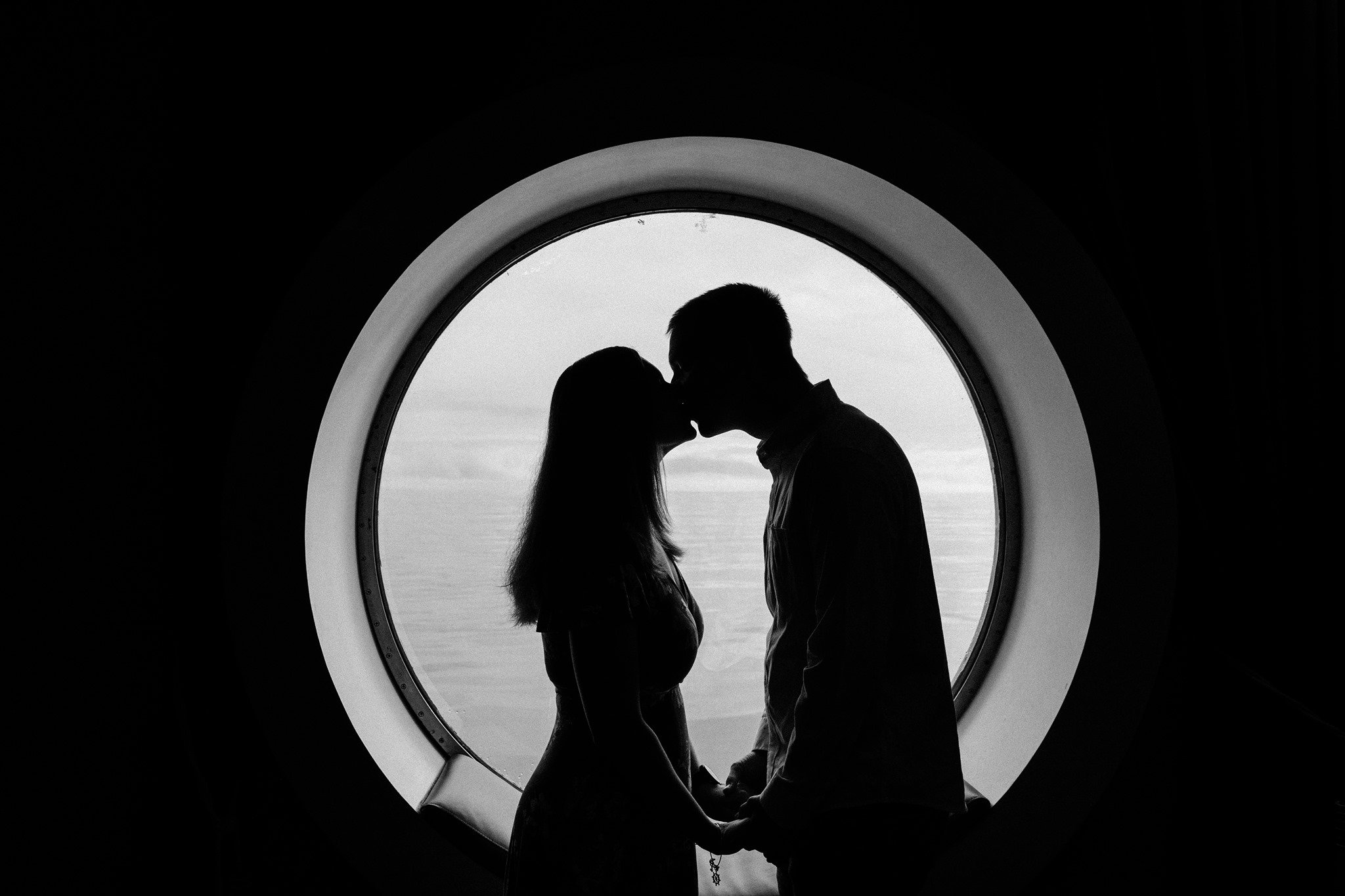 After our little photo shoot Kelcie and I headed to Cove Cafe to grab a coffee.  While you can get regular coffee anywhere on the ship, Cove Cafe does “fancy coffee” for an extra fee.  Normally at home I stick to regular coffee, but it was fun to treat myself on board and they had a great caramel coconut latte.  Plus they sometimes put fun Disney characters on top – I was so excited to see a baby Groot! 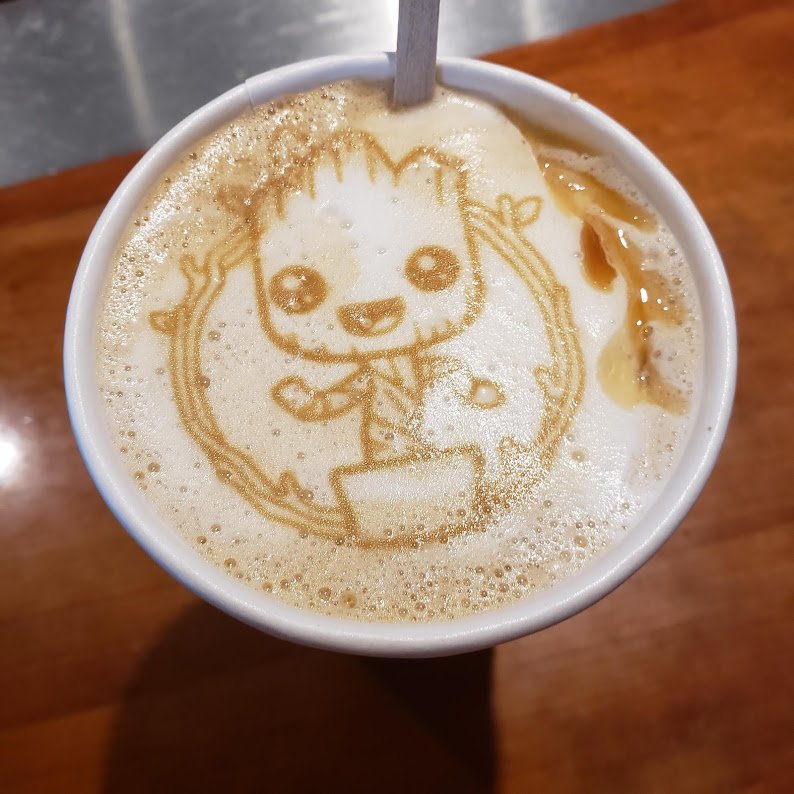 After doing our photos we were pretty hungry (we hadn’t eaten breakfast) so we decided to go to Triton’s to grab brunch. I got the salmon eggs benedict and Jason got a steak salad. These were both pretty good – Jason ended up loving my eggs benedict so much that I gave him one of them in exchange for some salad. 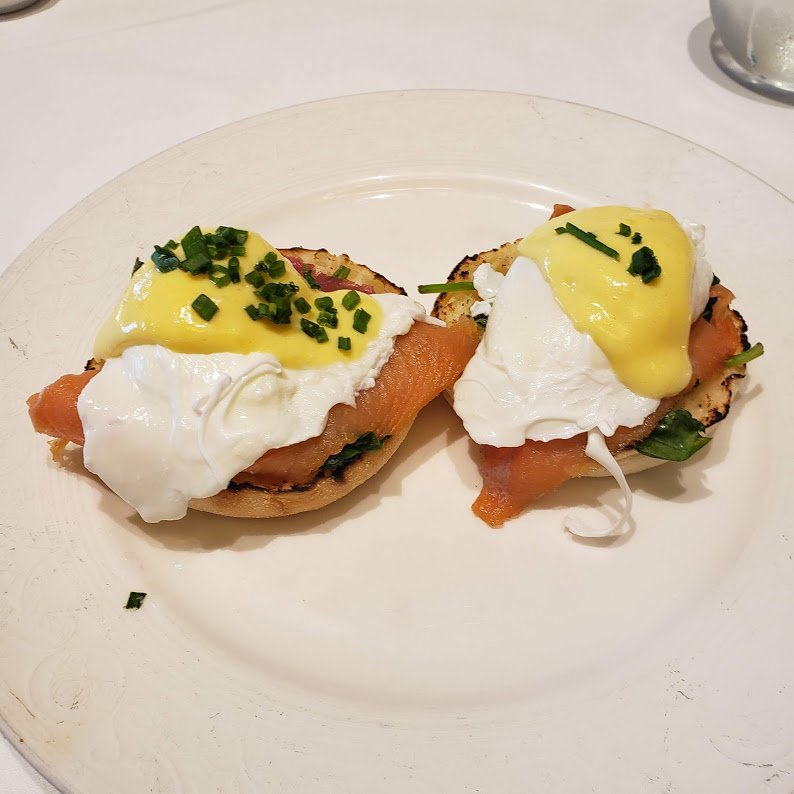 Then it was time for one of the most exciting events of the cruise: Jack Jack’s Diaper Dash! No seriously, if you haven’t been on a Disney cruise or seen this it is kind of amazing. They race babies. Yup, that’s what happens. If you have a child who is crawling but not walking yet you can enter them in the diaper dash, where they see who can crawl to the finish line first. However they are babies and don’t really know what’s being asked of them – which means they do hilarious things like crawl the wrong way or flop down in the middle of the race and take a nap. Sometimes this event makes me laugh so hard I cry. The cast member who does the announcing of it is fantastic too, on this cruise he just made it so much better.

Once all of that excitement was over we had a mojito tasting in the afternoon! I enjoy mojitos but didn’t know much about them so it was interesting to learn more. This was fun because it wasn’t just tasting them and learning, we also got to mix them ourselves and do some hands-on action with muddling the mint and that sort of thing. I still think my favorite was probably the classic mojito, but we had a pineapple one I really enjoyed as well! 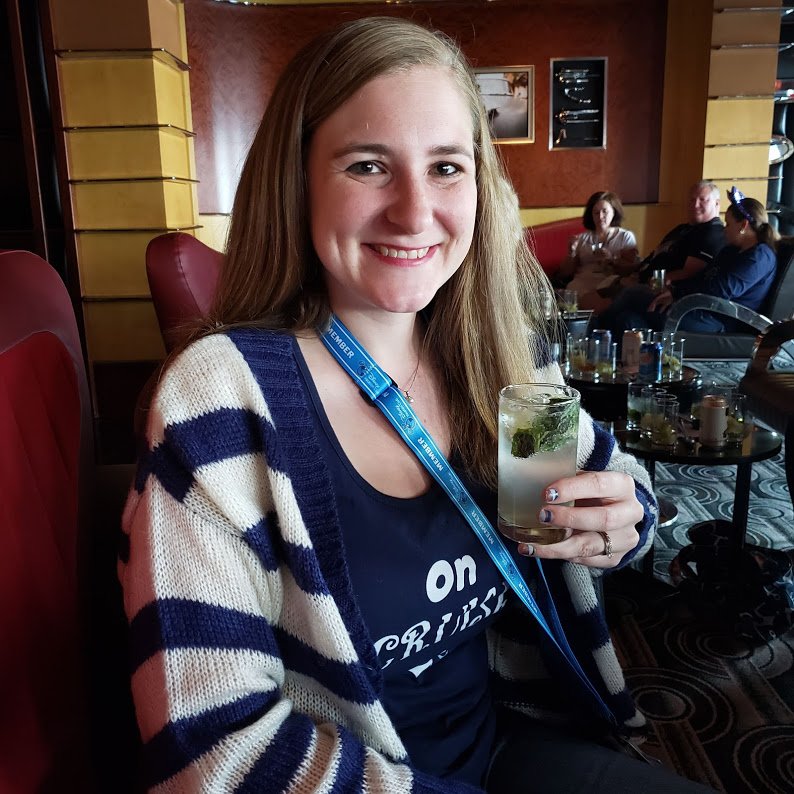 At this point there were two things on the ship I hadn’t quite gotten enough of. I wanted to spend more time in the pub, and I wanted to do more trivia. They were doing a pub quiz that afternoon at the Crown and Fin pub so I headed off there. Jason had no interest in trivia so he went to the Rainforest Room (big surprise!). Since I was solo I obviously didn’t win or anything, but I did better than I expected to on my own! And I enjoyed a glass of beer while there too. 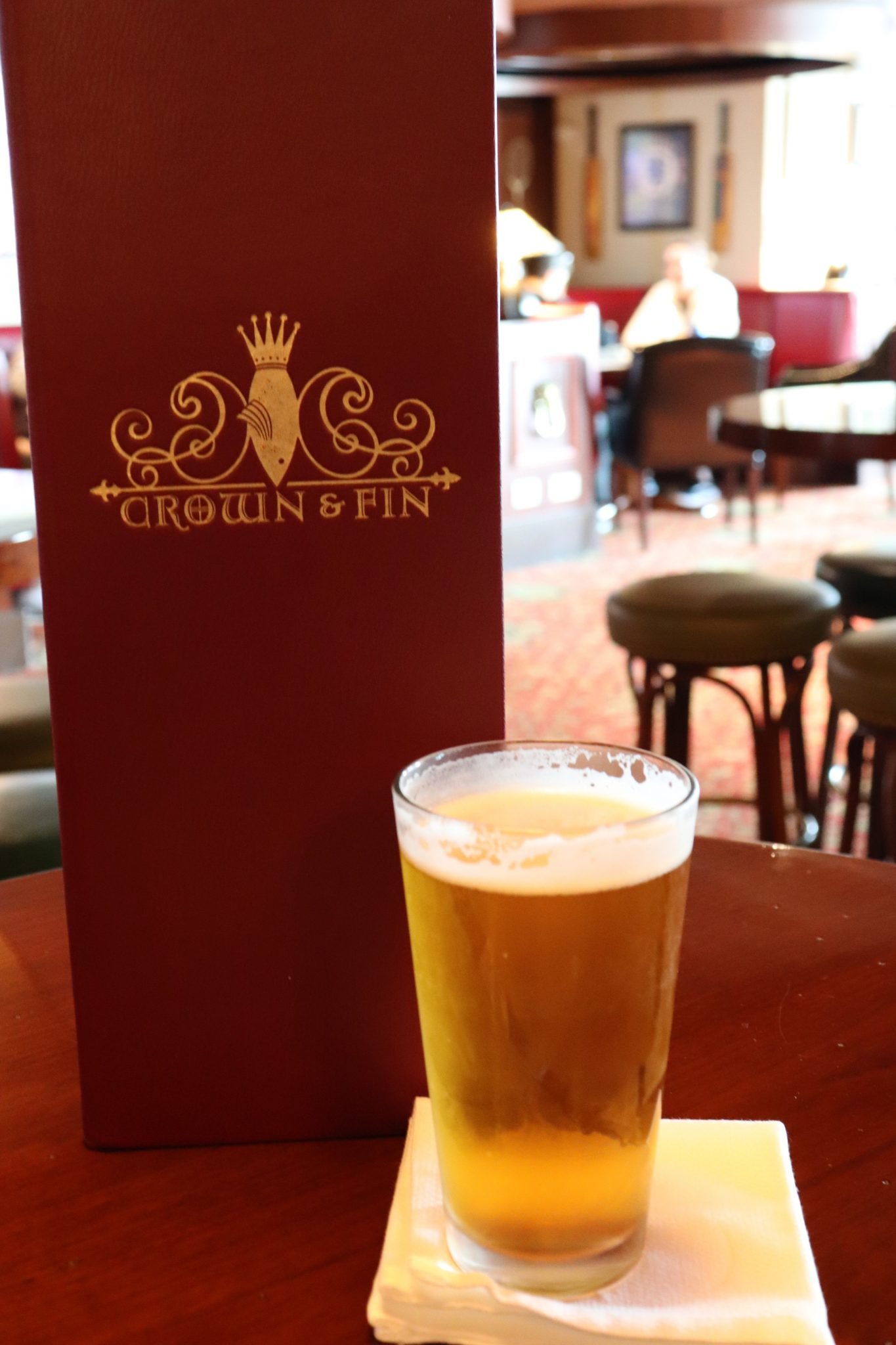 Since we had done a brunch sort of thing I was hungry again before our late night dinner, so grabbed some pizza from the top deck and brought it down to the room to eat on the balcony and just watch the scenery go by. I even spotted some whales while I was out there! 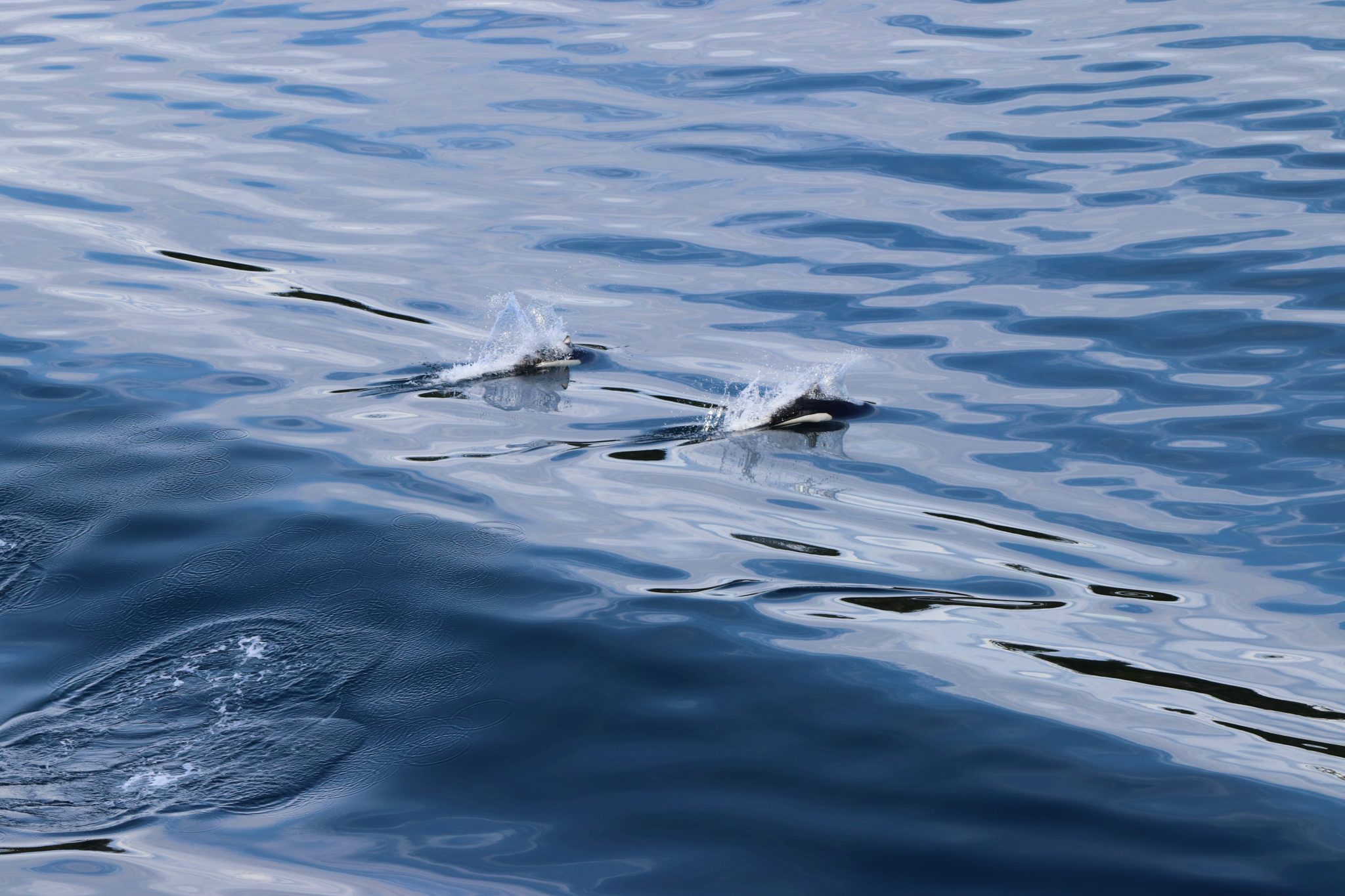 Then it was off to see the show, which was Disney Dreams: An Enchanted Classic. It’s a cute one but also one they did on the Disney Magic so we had seen it before. Any time they include great Disney songs I’m going to enjoy it – but I like the Golden Mickeys best! We also sat up front and they used a fog machine during the show, and I’ve never had a problem before but this time it really started to irritate me and I had a sore throat for awhile.

We also went to one more trivia event, Disney tunes trivia. I’m a little bummed I didn’t do better at this! When we had done this same trivia on the Disney Magic I got every question right. They play the songs on the piano and then ask you to name the song, the movie it’s from, and a trivia question about it. This time they stumped me on the song that plays in Pocahontas during the credits – womp womp.

And then it was time for our final cruise dinner! We were back in Triton’s for a tasty meal. The highlights were definitely the crab legs and the pasta. Jason loved the crab so much he asked if he could have two orders of crab legs instead of a soup or salad.  Then when it was time for dessert… he asked for more crab legs! So they brought him out a whole plate of them. 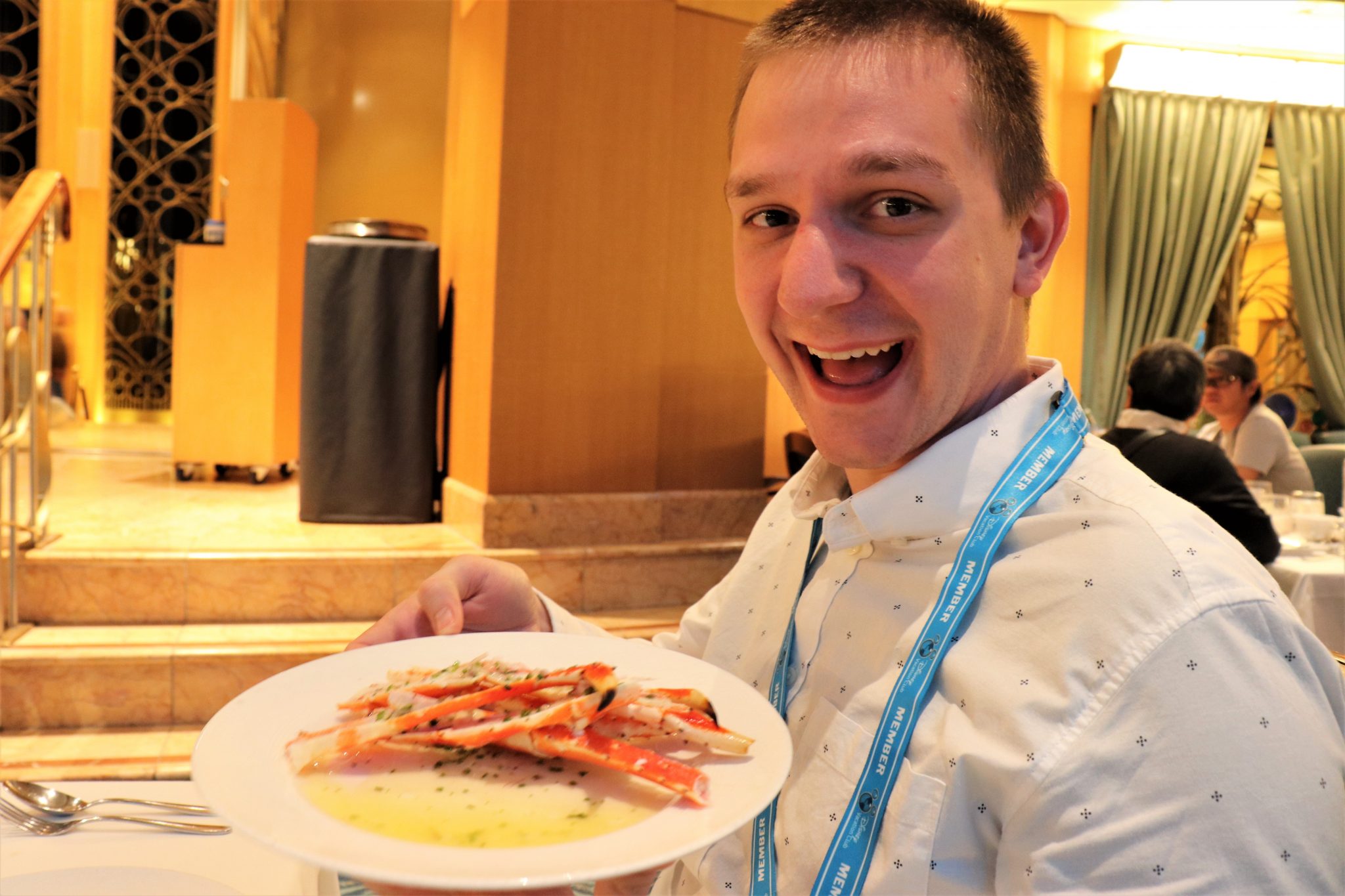 It was the last night of the cruise and I had FINALLY adapted to the time change, so we were able to do another activity after dinner. We went to the “Last Chance Smarty Pants” adult show and then watched a comedy act. Both of these were so funny that I’m super disappointed we didn’t get to check out the other late night shows during the trip. I guess there is just so much to do on a cruise that you can’t do everything.

Then the next morning was farewell! We had breakfast one more time with Kelcie and Larry (and our amazing serving team) and then had to exit the ship and find our way to the airport in the dreary Vancouver rain. At least the rain had held off our entire cruise until the day we left!

This Disney cruise to Alaska was by far one of the greatest trips I’ve ever taken and coolest experiences of my life. Yes, it’s a bit pricey but it’s 100% worth it. If anyone is thinking about taking one I highly encourage you to do it! And I would be more than happy to help you out if you want free travel planning services – just send me an email at [email protected]. You know I have first hand knowledge!