On our day in Ketchikan we could actually sleep in and relax a bit because we didn’t get to port until about 11am! They offered a free character breakfast that you could sign up for ahead of time, so we had done that. Our meal was in Animator’s Palate.

The food was pretty mediocre – I was not impressed with the plated breakfasts we got on board and my omlette was just okay. But of course the characters are fun, especially if you want to see the classic Mickey and friends! At breakfast this morning we met Mickey, Minnie, Pluto, and Goofy. The servers also made hats out of napkins for everyone in the room, so it was pretty silly. 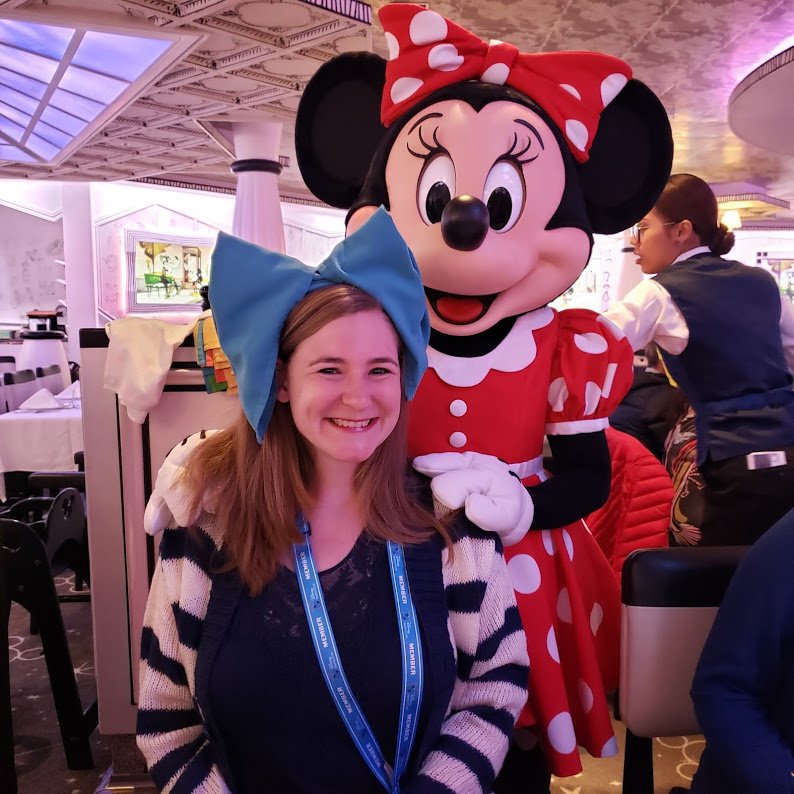 After that we went back to our room to just hang out and we were able to watch the ship pull into Ketchikan from our balcony! Once again we were blessed with beautiful weather – they say it rains all the time in Ketchikan, but we had a beautiful sunny day. 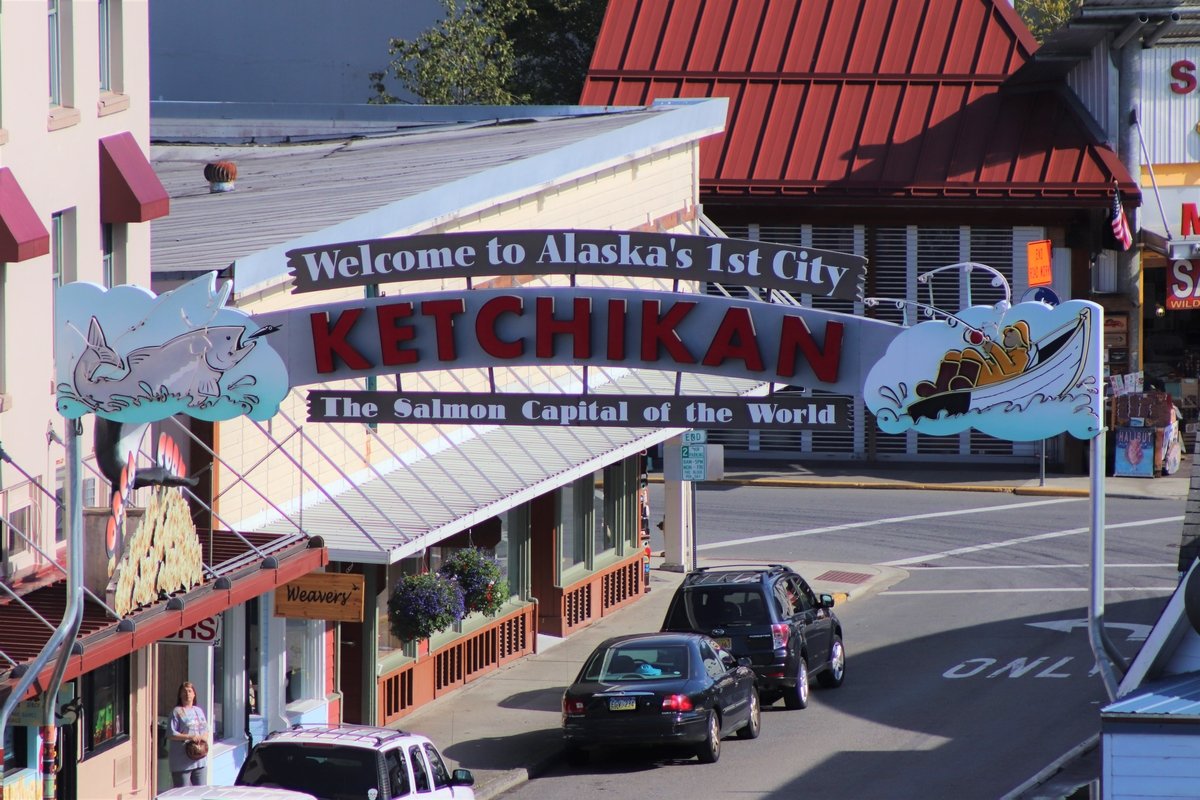 We did have an excursion booked this day but it wasn’t until 2pm, so we decided to go out and explore for a bit. We headed to Creek Street, which back in the day was their “red light district.” It’s also normally a good place to view salmon if it isn’t the end of the season – instead they had done their thing and were mostly lying dead all over the place. But like the sign said on Dolly’s House, it was “where both men and salmon came upstream to spawn”! 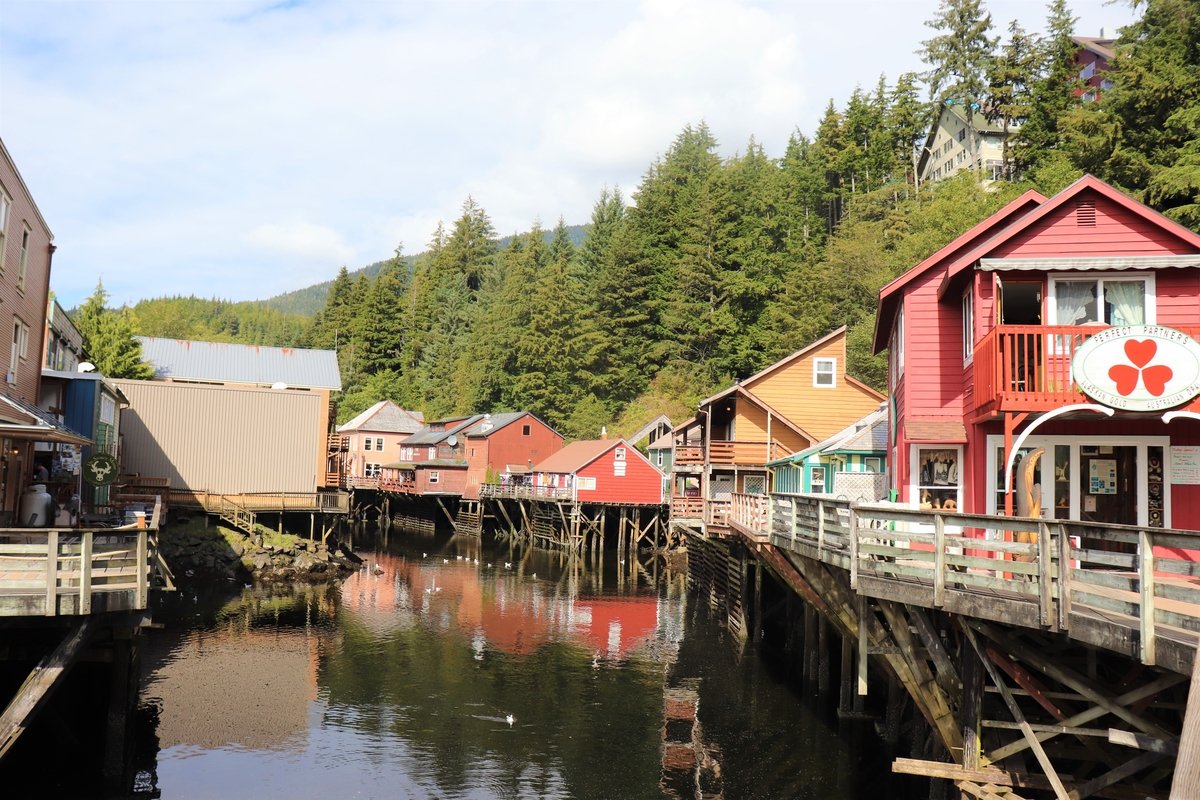 Of course Jason was a good sport and was willing to visit another brewery with me that was right nearby. This one was so tiny! It was in a little garage sort of thing and there was basically one big table in the middle to use. It was called Bawden Brewing, and the beer was pretty good. 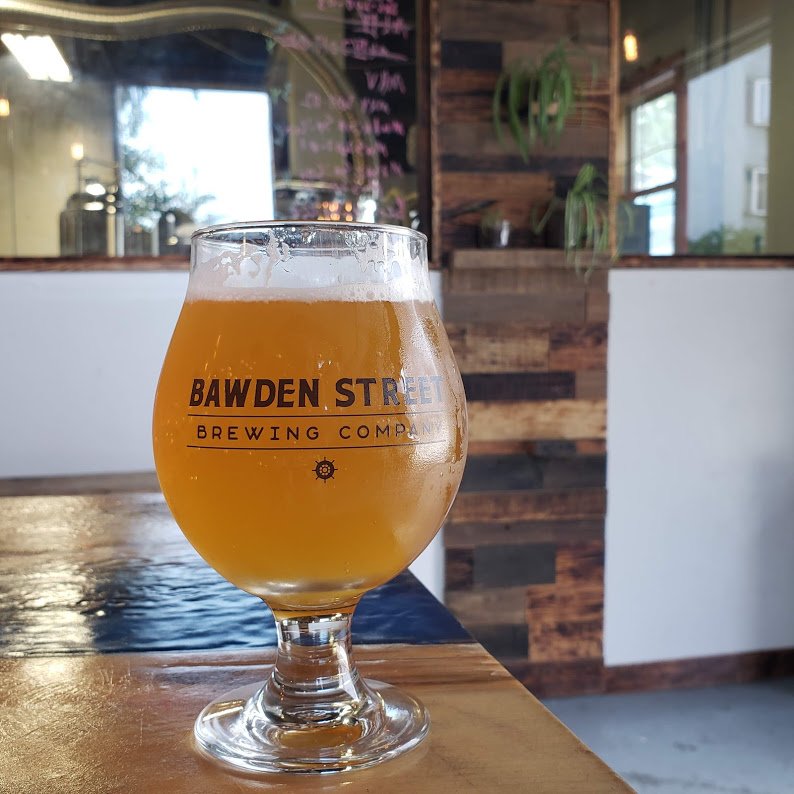 After that we just wandered around some of the shops until it was time to meet for our excursion. We had booked the Seafood Sampling and Wildlife Cruise excursion, because I really enjoy both of those things. We were taken on a bus to a salmon cannery, where we would get a tour of the cannery and taste the seafood before we did the wildlife cruise.

Given that the title was about the seafood and the cruise, I didn’t think the cannery tour would be quite so long. But for real – it was probably about a two hour tour and I know way more than I ever wanted to know about canning salmon. Like, there’s a few interesting things here or there but for the most part it’s not the most interesting topic! They could easily condense that tour to about 45 minutes. And the bathrooms at the cannery were not operating either, which was rather uncomfortable. There were a few fun things we learned and saw, and a few fun photo opps. 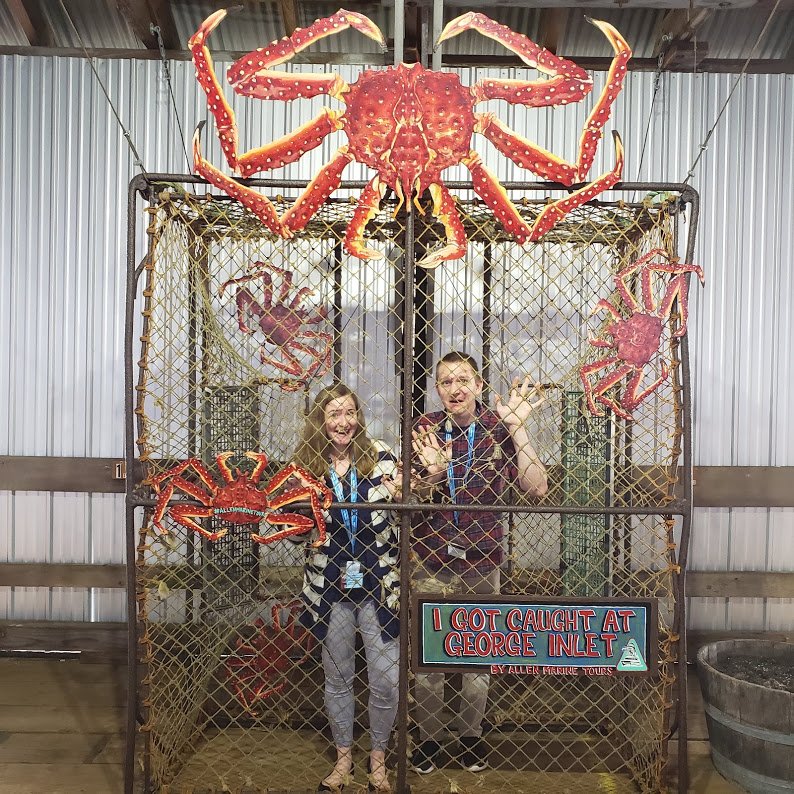 And the seafood was quite good. We tried a calm chowder, ceviche, oyster, crab dip and crab leg, salmon roe and salmon. Everything was done really well and even though I love seafood I was a bit adventurous trying the oyster (which was surprisingly good!). I think the crab ones were the best, though the salmon was also quite excellent since of course it is their specialty. 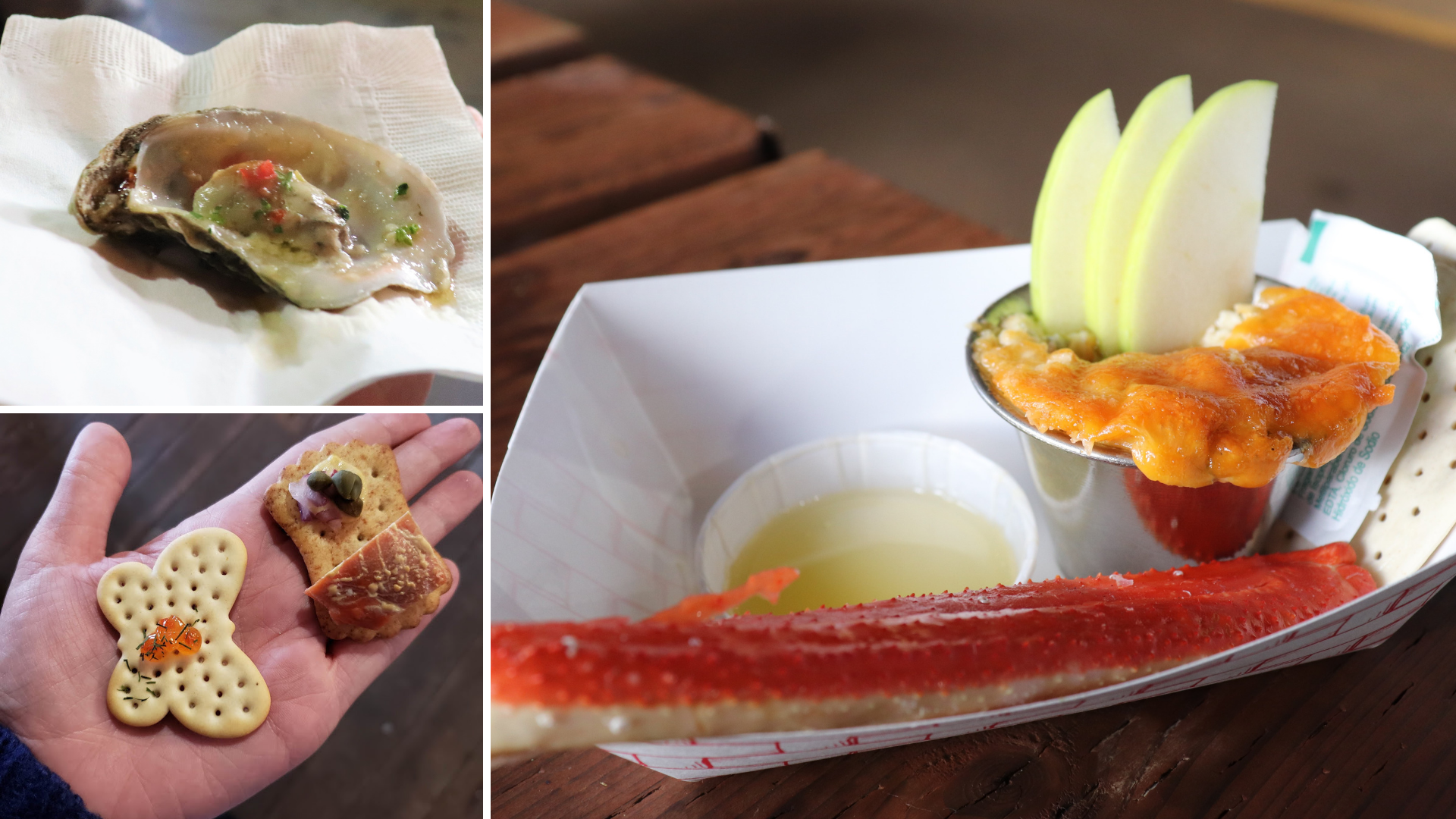 Then it was on to the wildlife cruise. I know that sort of thing can be very hit or miss, but I was hoping to see some cool animals. The description had said eagles, seals, sea lions, whales, and porpoises were frequently sighted. Unfortunately we only saw eagles and seals and from pretty far away. I heard about people on the cruise who did other wildlife excursions and cruises and had way better luck, so in retrospect I would probably try something else. 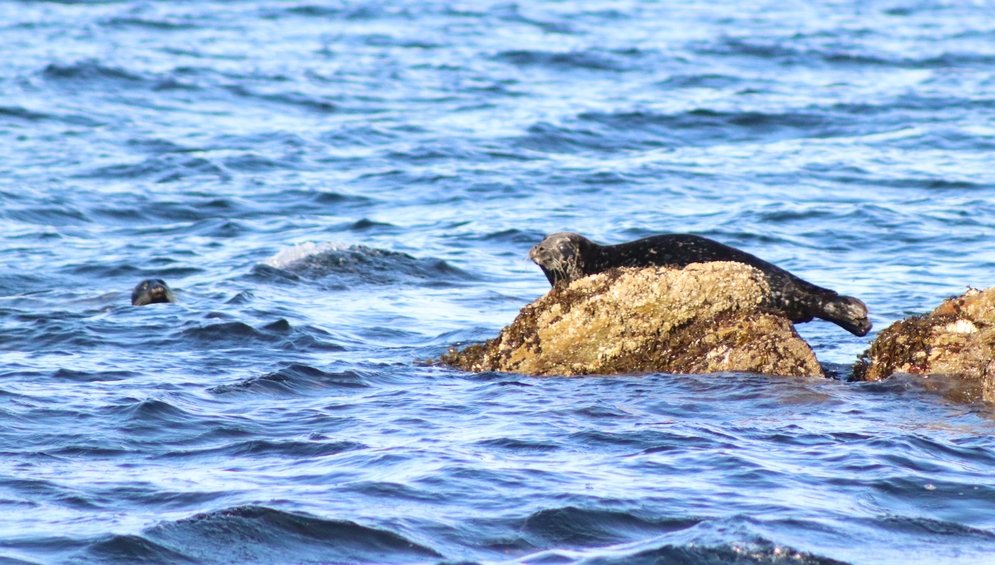 The excursion ended around 6pm so we just headed back on the ship. We had talked about some of the activities before dinner (which was at 8:15) but I started really not feeling well. I’m not sure if it’s something I ate during the seafood tasting or what, but my stomach got really bad and I just wanted to lie down. My anxiety was getting pretty bad too (often for me digestion and anxiety are linked so I’m not surprised). So I slept and rested during dinner while Jason kept me company until I fell asleep – then I’m guessing he went to the rainforest room!

By 8:15 I was feeling well enough to bring myself to dinner, though I wasn’t confident about how much I would eat. It was back at Tiana’s Place tonight for the “Mardi Gras party” and I didn’t want to miss that! I had even brought my flapper dress to wear for the occasion. And honestly it was a blast! I didn’t end up eating too much (I’m looking at my food photos I can’t remember much about what anything tasted like, and I realize now that’s because I couldn’t really eat too much). But the band was playing, there was dancing, and they did a parade/party with all the servers. 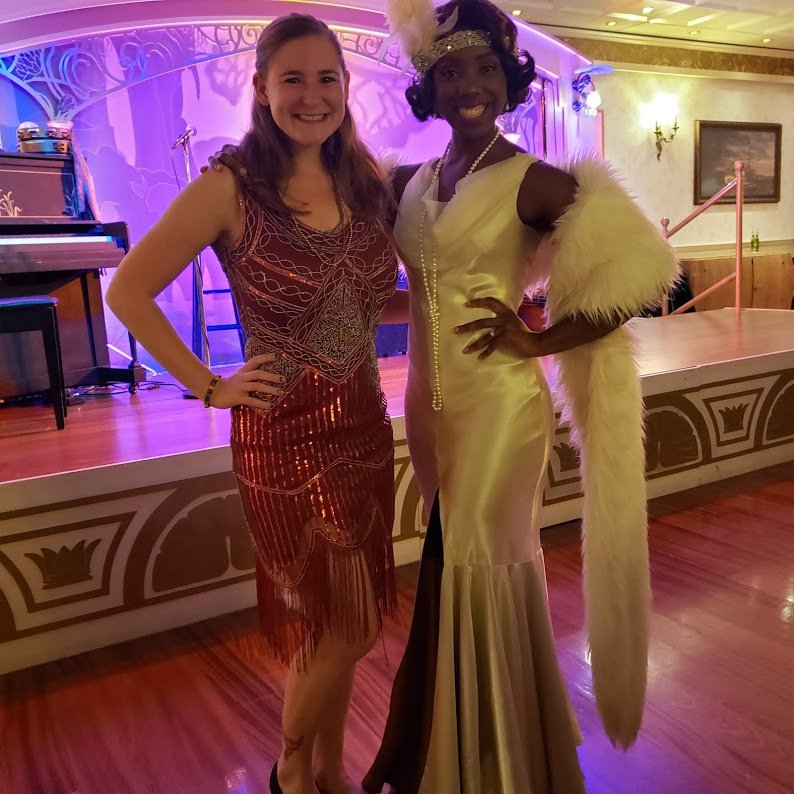 I wish Tiana’s Place was in Disney World so I could go there more often! I love Princess and the Frog so much so this was definitely a highlight of the cruise for me. Once again I ended up heading to bed pretty much directly after dinner because I still wasn’t feeling 100%, with the hopes of sleeping it off for our last sea day!