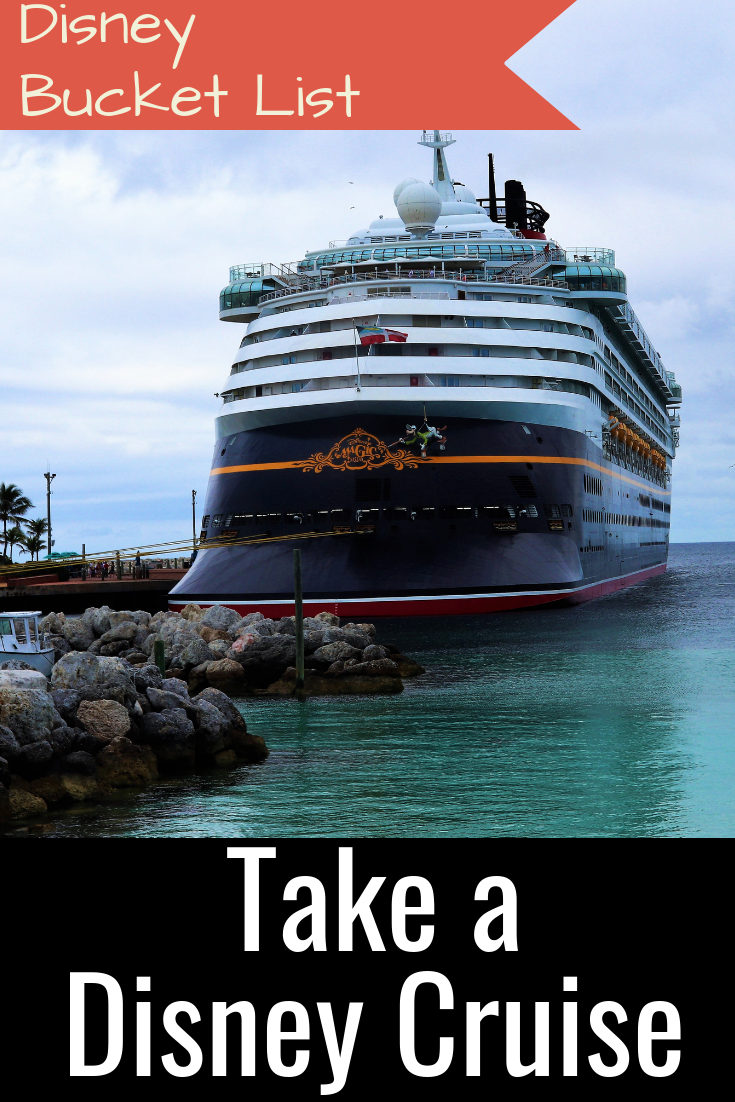 If you’re a theme park regular but have never taken a Disney Cruise before, you want to add this to your bucket list. You get a lot of the same magic and service as in the theme parks, but in a more relaxed atmosphere and with a chance to visit different and interesting places.

If you’ve never been on a cruise before, it’s kind of an all-inclusive style vacation. The ship serves as your transportation, your hotel, your restaurants, and your entertainment. You’ll stop at different locations and spend the day there, and then get back on the ship at night. There are always tons of things to see and do.

Most things are included with the price you pay for the cruise. You will pay extra for certain things: alcoholic beverages, a few certain types of entertainment (like bingo), and shore excursions (things like snorkeling trips or private tours of the location you’re visiting).

Disney currently has 4 cruise ships: the two older ships, the Magic and the Wonder, and the newer Dream and Fantasy. They will be introducing 3 additional ships in the coming years.

The Wish is Disney’s newest ship, which will launch in summer 2022. It looks like an amazing experience so getting on that ship is now on my bucket list as well! You can check out everything about the Disney Wish here. 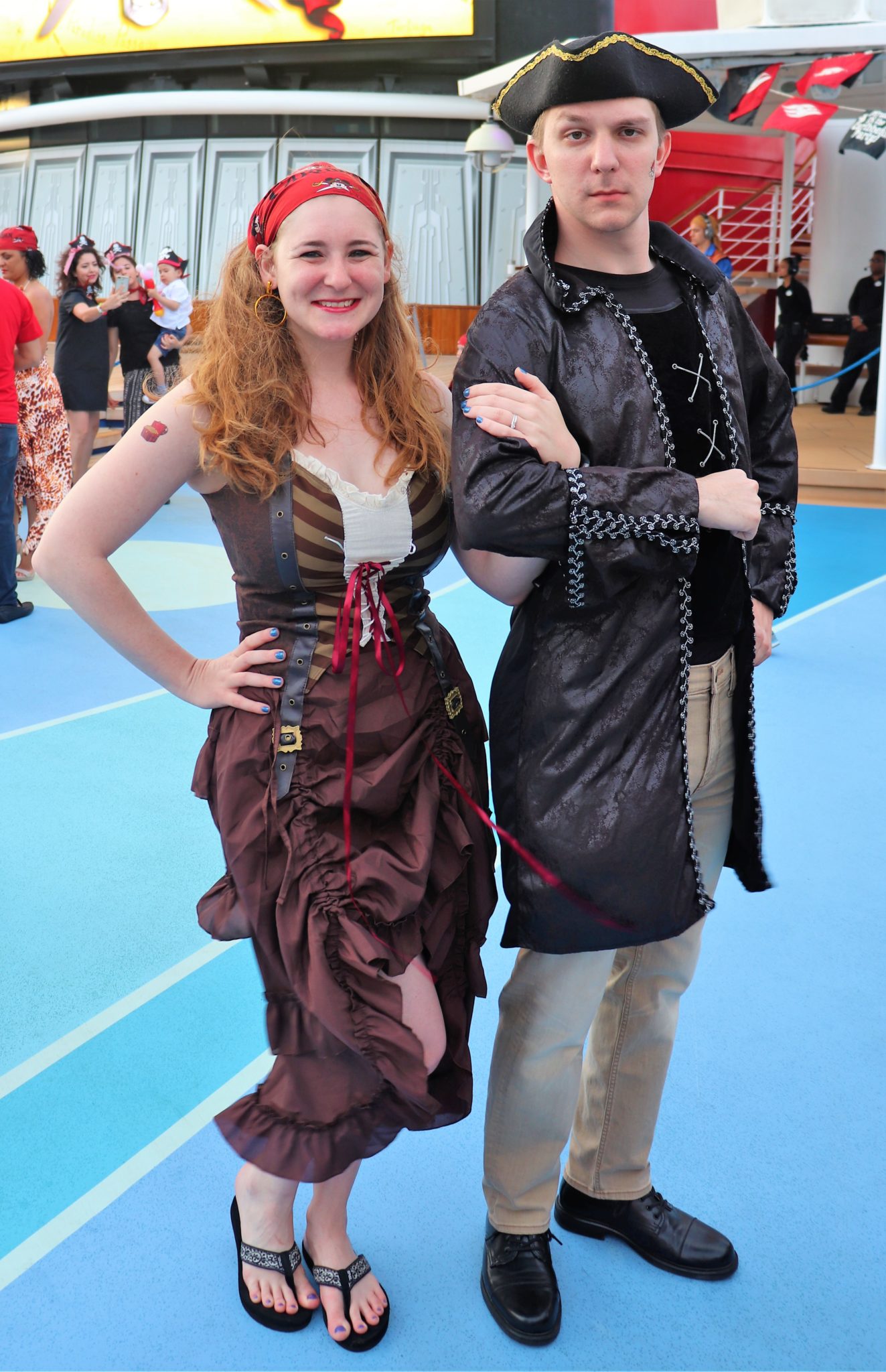 Things to do on board

The great thing about a cruise is that you can do as much or as a little as you want. If a relaxing vacation is what you’re after, you can sleep in, go to the pool or the spa, and enjoy some great food.

If you’d rather keep busy there are trivia games, craft activities, Broadway style shows, a water slide, drink tastings, and so much more. Recent Disney movies play in the movie theater and classics play on the pool deck. Disney also has themed nights, like pirate night on tropical cruises and a Frozen night on Alaska cruises.

If you have kids, a Disney cruise has a ton of options for them. There are kids clubs which are divided in ages for younger children, preteens, and teenagers. They have special activities just for their age groups as well as comfortable areas where they can just hang out and make friends. This is in addition to all of the regular cruise activities they can take part in, such as trivia or the pool. 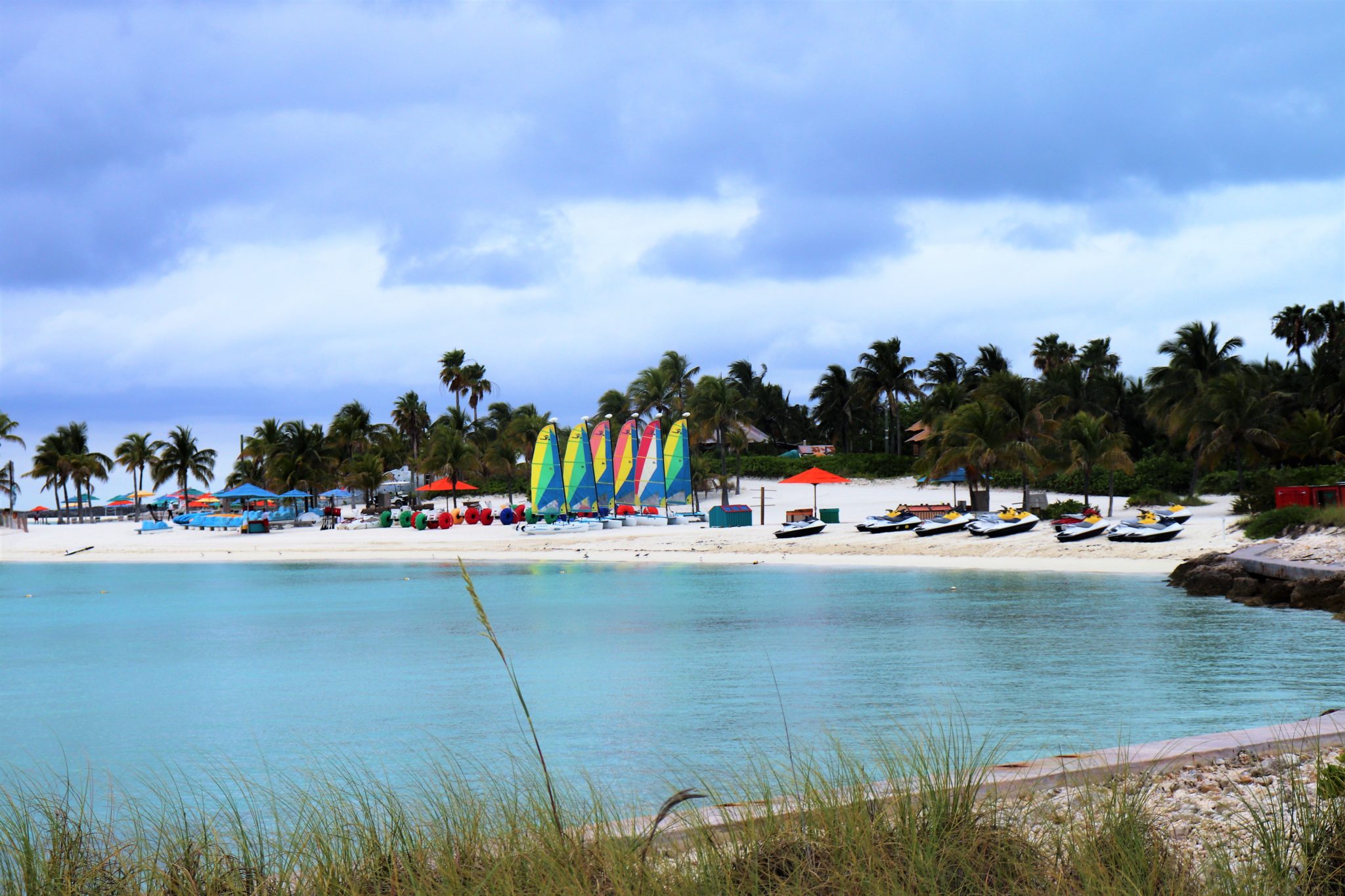 Many cruises head to the Caribbean – there are eastern Caribbean itineraries, western Caribbean, and the Bahamas. Most of these leave from either Port Canaveral or Miami, though there are also some that occasionally leave from other places such as New Orleans or Texas. These tropical cruises all stop at a very special place – Castaway Cay, Disney’s private island. If you like a tropical vibe there are also some cruises that go to Bermuda from New York. If you’re already planning a trip to Disney World it’s very easy to get from Florida to the Bahamas!

Over on the west coast you have a few options. Cruises leave out of San Diego to go to Mexico. Or if you head up to Vancouver you can take an Alaska cruise!

For those looking to travel even further, Disney offers some special cruises. These are not available all the time, but at certain points during the year. They include the Panama Canal, Mediterranean cruises in Europe, and cruises around the Norwegian fjords.

What makes a Disney cruise different from other cruise lines? The Disney magic, of course! You’ll find it in the service you receive on board. Just like in the theme parks, cast members on board the ship go above and beyond in being helpful.

But there are lots of touches of Disney everywhere. Various Disney characters do meet and greets throughout the day on board. Many of the shows feature Disney songs or characters. Disney movies are playing all day, and you can access almost any Disney movie from your stateroom TV. Many of the trivia games are Disney themed. The restaurants have fun Disney themeing (like Rapunzel’s or Lumiere’s). And special Disney events happen on board depending on your cruise. You’ll find the same sort of atmosphere and service that you’d expect from the theme parks, just without all of the rides.

A Disney cruise is a different type of Disney vacation, but a totally worthwhile one nonetheless. I really look forward to my cruises because they’re not as “go go go” as a Disney World vacation. I can relax – sit by the pool, read a book, go to the spa – and still enjoy the great Disney themed restaurants and food, shows, and more. 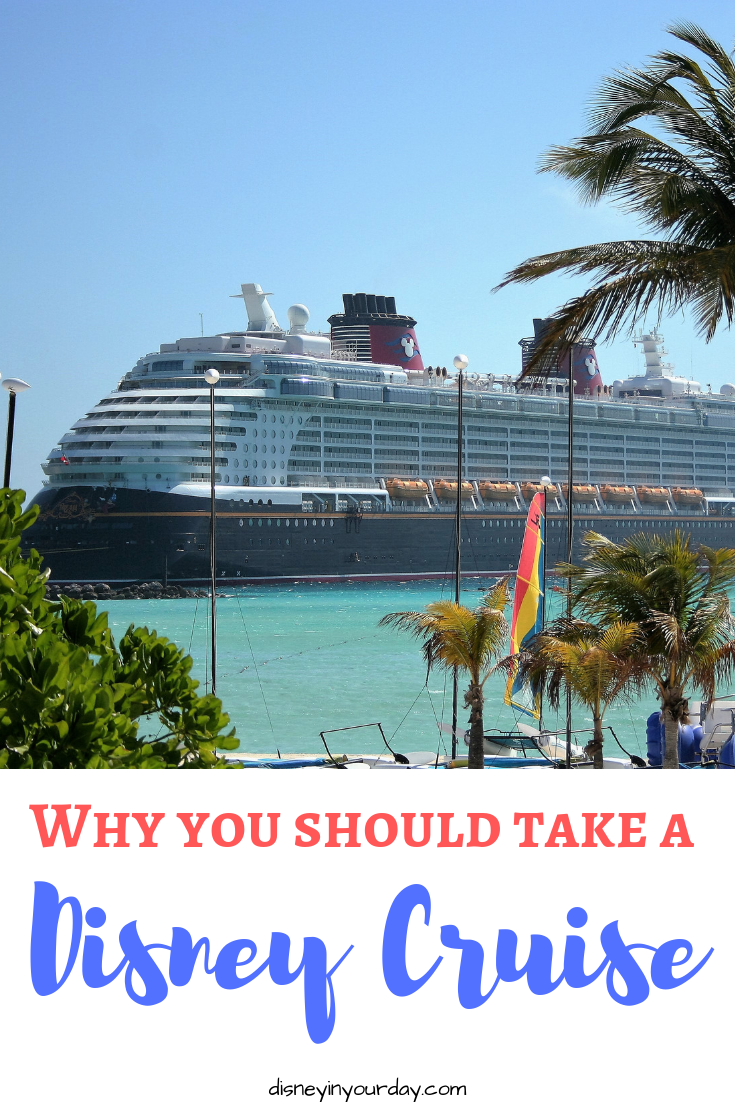 Have you been on a Disney cruise? Would you be interested in taking one?

Want to see more of my Disney Bucket List? Check it out here!