You are here: Home / Disney World / Disney: Bring back the Citrus Swirl! 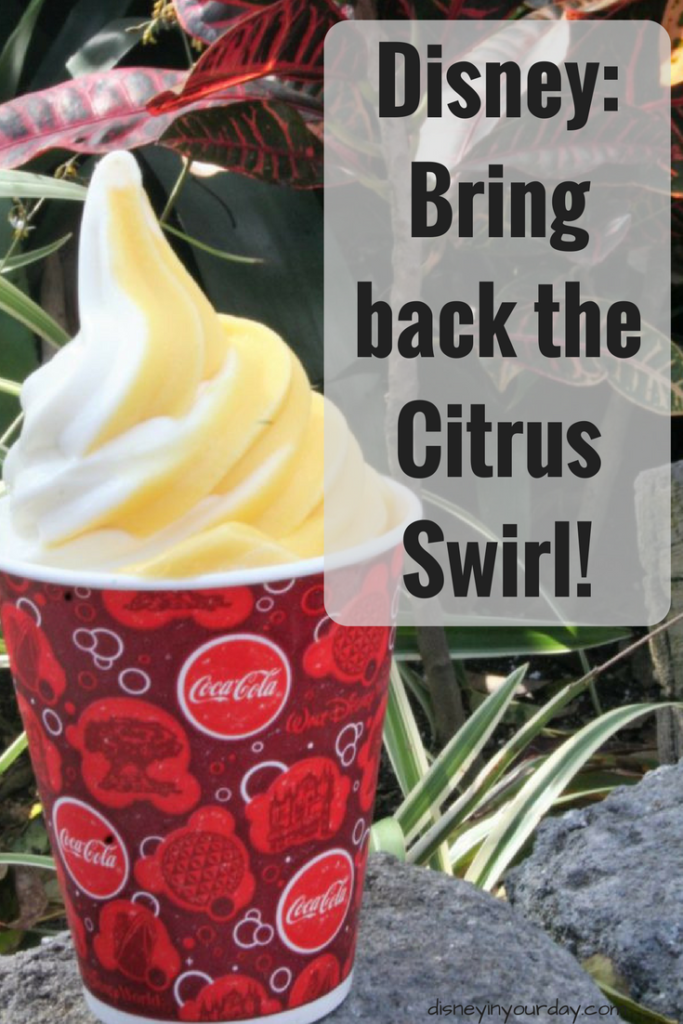 Let me start this out by asking you to think about your favorite thing in Disney World.  Maybe it’s an attraction, like Haunted Mansion or Space Mountain. Perhaps it’s a food item, such as a Mickey bar or Dole Whip. Now imagine that Disney announced they are eliminating that thing and replacing it with something else. 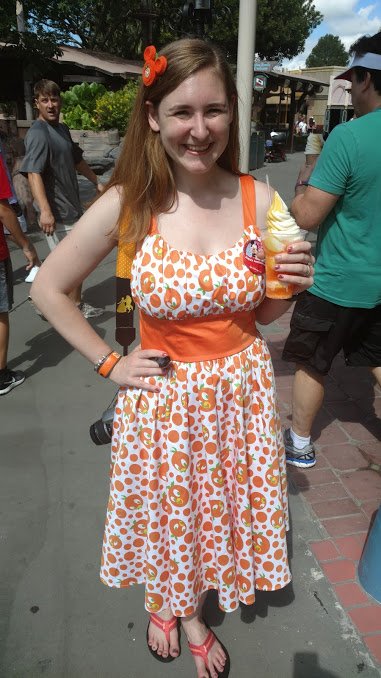 Okay, now you might understand how I feel when I read an article the other day that said Disney had replaced the Citrus Swirl with a new “Orange Swirl.”  One of the things I love about the Citrus Swirl is how unique it is. There’s not another treat like it. The Citrus Swirl has a tart orange swirled with sweet vanilla. You can read all about how much I love it here, if you want.  But now they are making it a sweet orange. 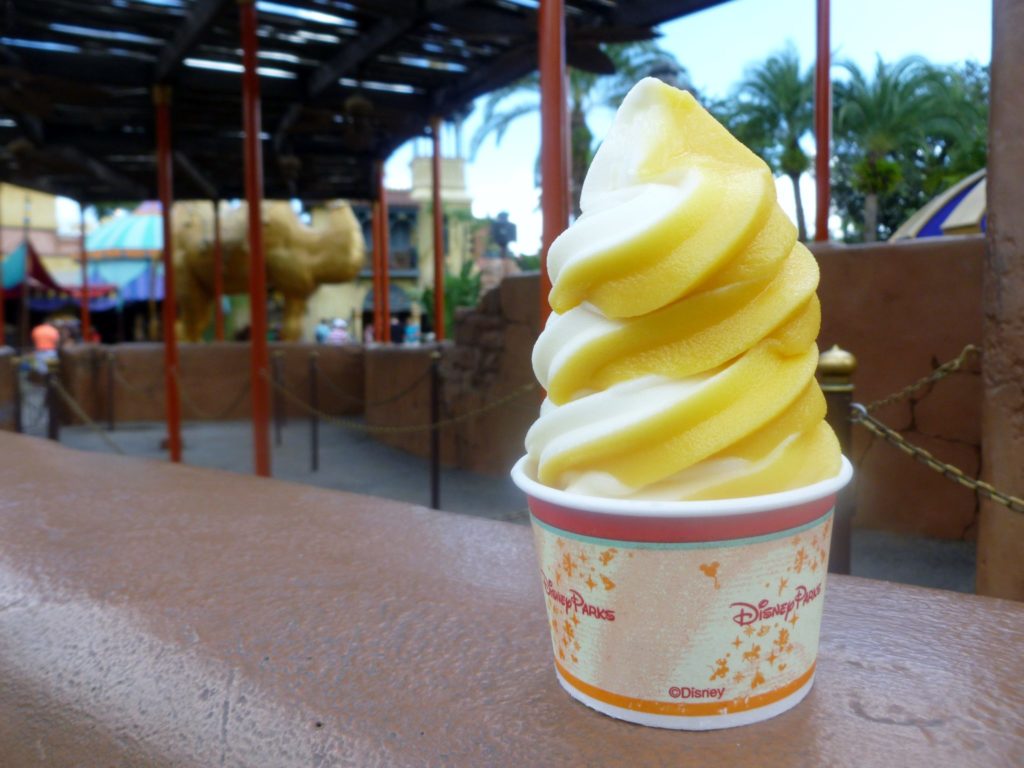 Don’t get me wrong, I’m glad that it’s vegan-friendly (only the orange part, not the vanilla). But they have multiple machines in Sunshine Tree Terrace. I think they could offer both the Orange Swirl and the Citrus Swirl if that’s what they wanted to do.  It’s such an easy thing for them to keep around, and so many people love it. It’s apparently the same orange soft serve that used to be available at Aloha Isle with the Dole Whip. Why not just put it back with the Dole Whip? I know some people who liked the pineapple/orange swirl too, and you could get an orange/vanilla swirl back then as well. Then everyone would be happy.

The Citrus Swirl goes back to the opening of Disney World, but then it disappeared for a long while. They finally brought it back in 2012 and it’s been really popular ever since. Why get rid of it now? Especially with all of the orange bird merchandise that has been so big lately. He is synonymous with the Citrus Swirl, not the Orange Swirl. 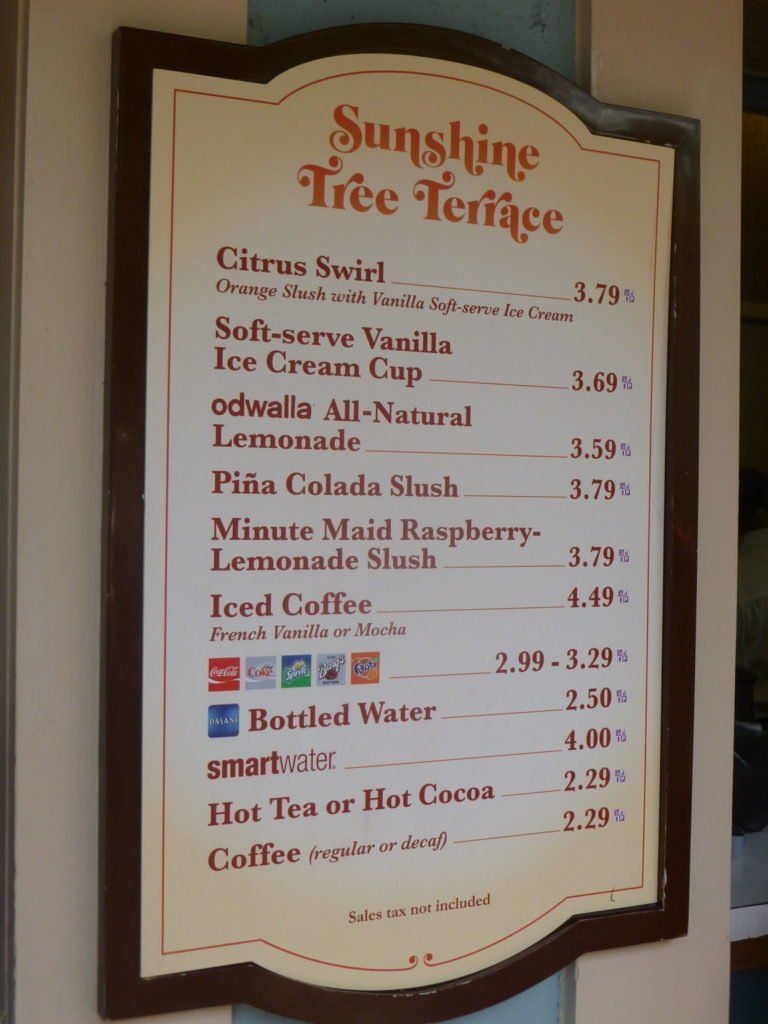 An old menu, when it was still the Citrus Swirl.

I know that no matter how upset I am and how strongly I feel about this, whatever I say is obviously not going to make any difference to Disney. But I love the Citrus Swirl and I cannot just sit around and do absolutely nothing. So step one is to spread the word with a blog post like this. And the second thing that I can do is try to show Disney that the Citrus Swirl does have supporters and people who want it.

So yeah, I started an online petition. Even though I’m sure it won’t make a difference, I have a feeling it will make me feel a little better to know that other people don’t think I’m totally crazy for caring this much, and that there’s other people who love the Citrus Swirl like I do. I ask you to sign the petition if you enjoyed the Citrus Swirl, or even if you just don’t care that much but want to support me. You know I would appreciate it.

Did you get to try a Citrus Swirl? Did you enjoy it?