Welcome to this month’s Blogorail Teal loop. Today we are sharing the best frozen treats you can find at Disney.

When I visit Disney, I usually want a frozen treat at some point no matter what the time of year.  And while you’ll find a lot of people who rave about the Dole Whip, I’m here to tell you about a different treat.  Also located in Adventureland, it’s called the Citrus Swirl – and in my opinion it is even better than a dole whip. 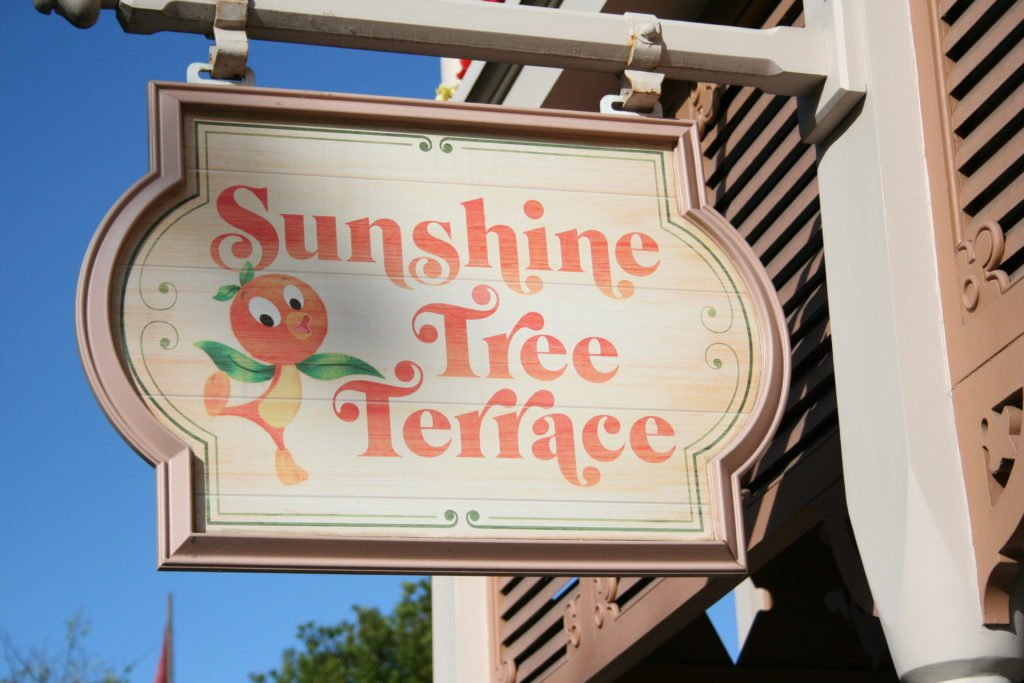 The Citrus Swirl is found at Sunshine Tree Terrance in Adventureland.  It was a favorite back when the park opened but disappeared for almost 25 years.  Then, in 2012, the citrus swirl made its grand reappearance.  And it’s the best thing that happened to me in terms of Disney snacks. 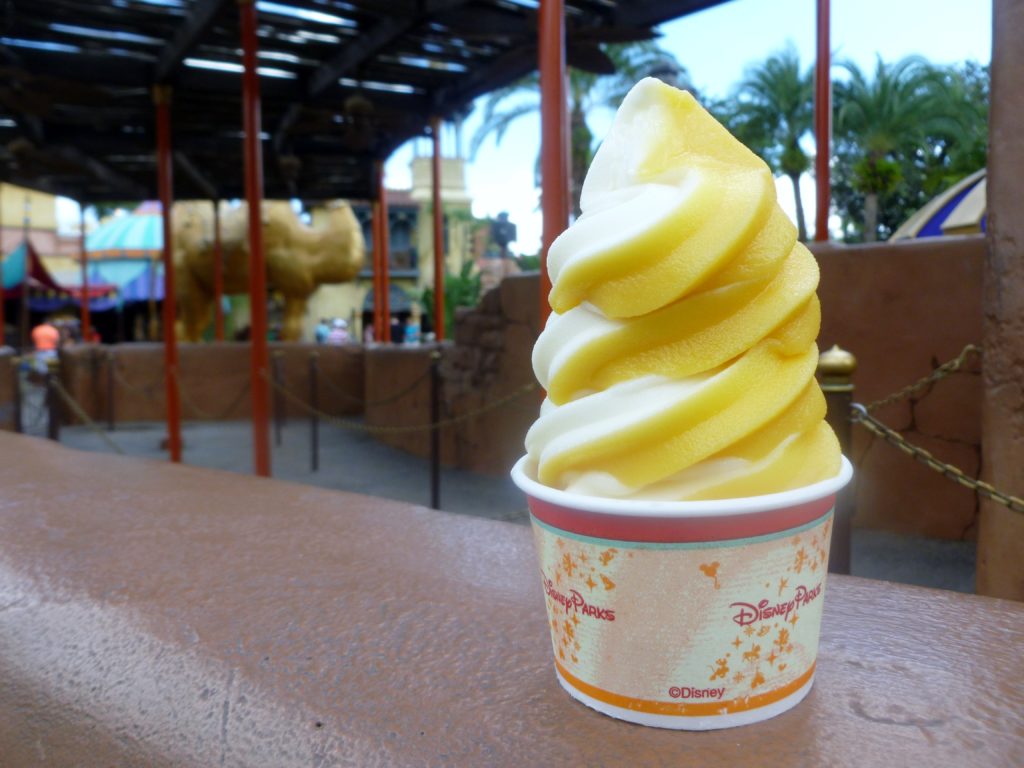 Basically, it’s a pretty straight forward treat.  There’s creamy, soft serve vanilla swirled with icy, tart orange.  I absolutely love the combination of sweet and tart and for me that’s what makes it better than a dole whip.  It’s not just one-note all the way through.  If you like creamsicles you’ll probably like this.

Plus, the citrus swirl even has its own mascot!  The orange bird represents Sunshine Tree Terrace and he’s quickly become one of my favorite Disney “characters.”  I’m thrilled to see so much new merchandise with him on it and try to get almost everything I can.  I may have a problem when it comes to orange bird stuff.  Is it too much to wear my orange bird t-shirt, ears, and magic band all at the same time? 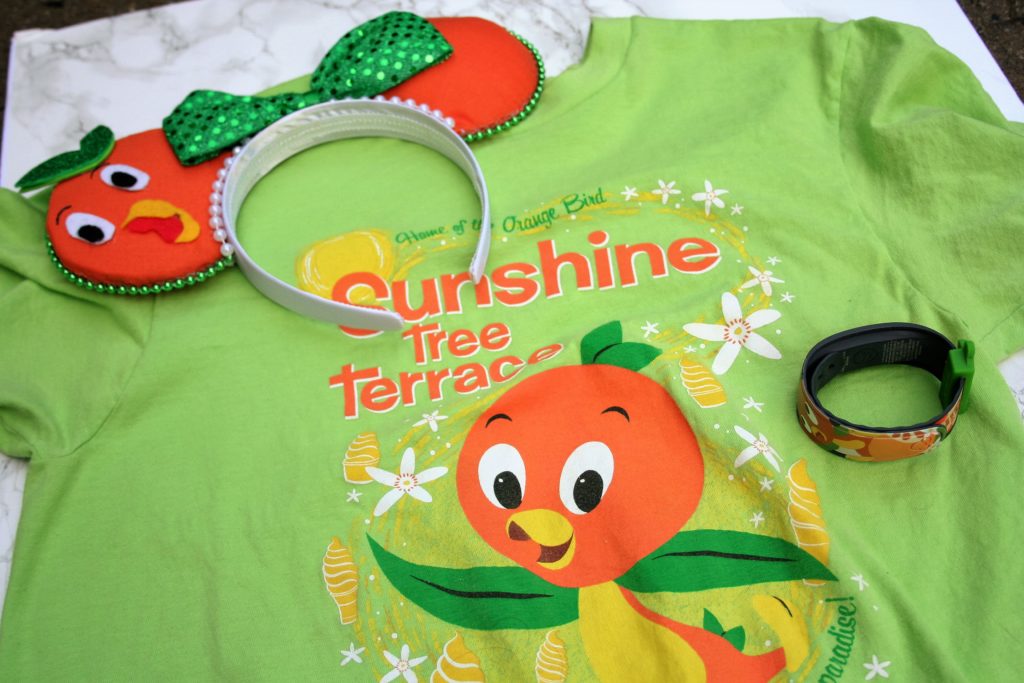 It’s also different than ice cream treats you might be able to find outside of Disney parks.  I never found anything like it anywhere else.  I make a point to get at least one citrus swirl every time I’m in Disney World (sometimes more than one…)  Do you think I’m crazy yet for my love affair with the citrus swirl?  I make a point of photographing it every time I get one.  Here you can see the evidence of my obsession: 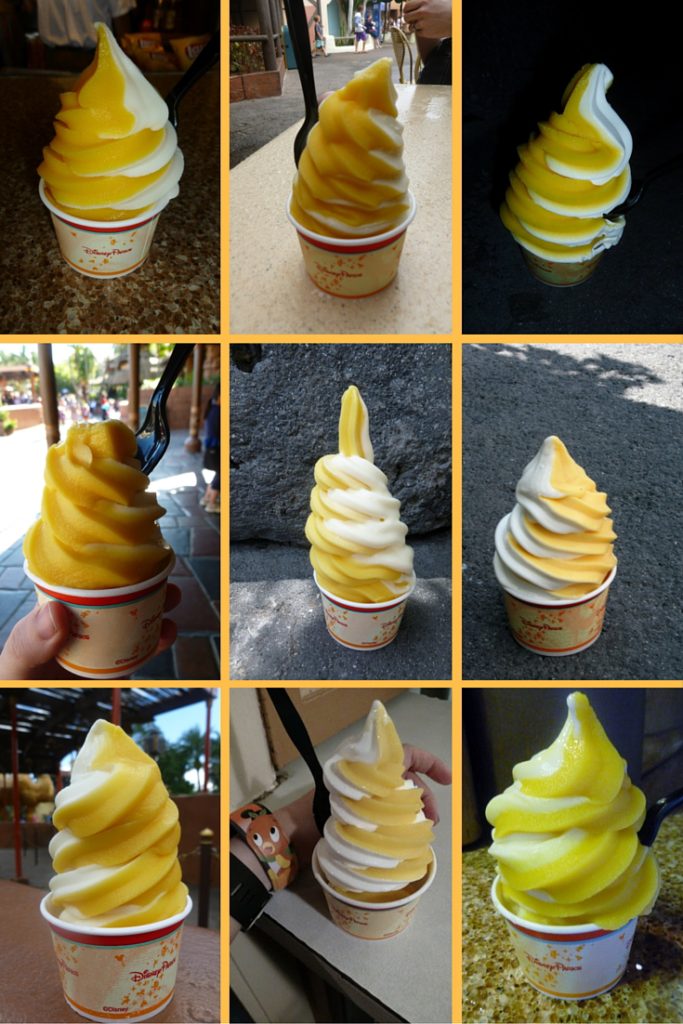 Did you try the Citrus Swirl from Sunshine Tree Terrace?  What do you think of it?