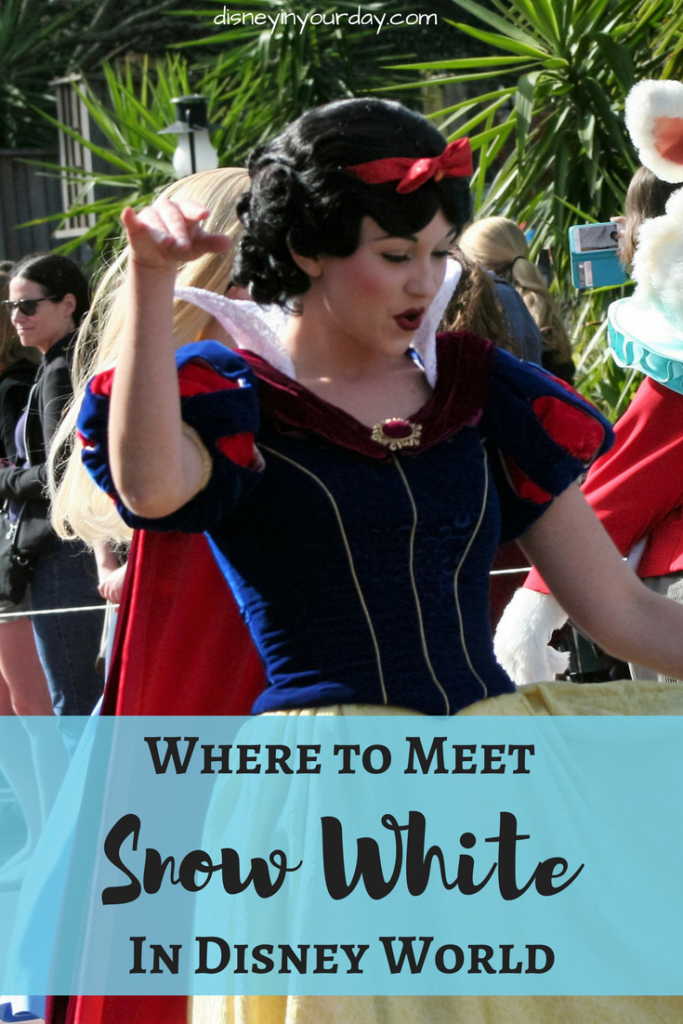 One thing I learned from my reader survey was that I have blog followers who are interested in learning more about character meet and greets and interactions.  So I decided to start a character spotlight, and pick a character to share what I know!  I’ve included where to meet this character, where to see them (such as in parades), and interaction ideas. I’ve also mentioned any attractions that this character is involved in.  So if you’ve ever wanted to know where to meet Snow White, hopefully this will help!

Is there anything else you’d like to know about the characters? 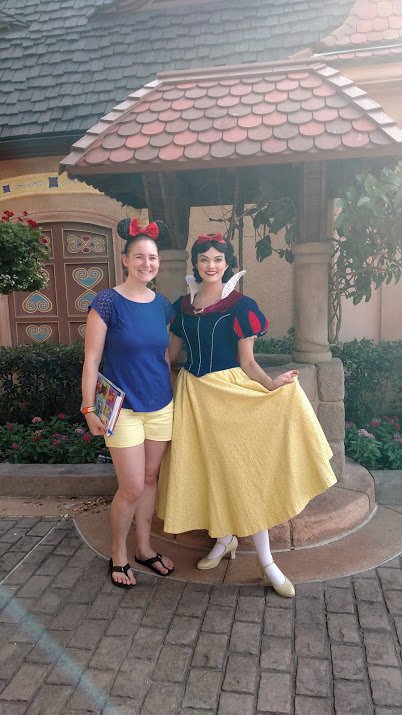 Where to meet Snow White:

The place where she meets regularly is Germany, so if you want to see her this is probably the best way. The princesses that show up at the character meals are never guaranteed, though Snow White is very often one of them. 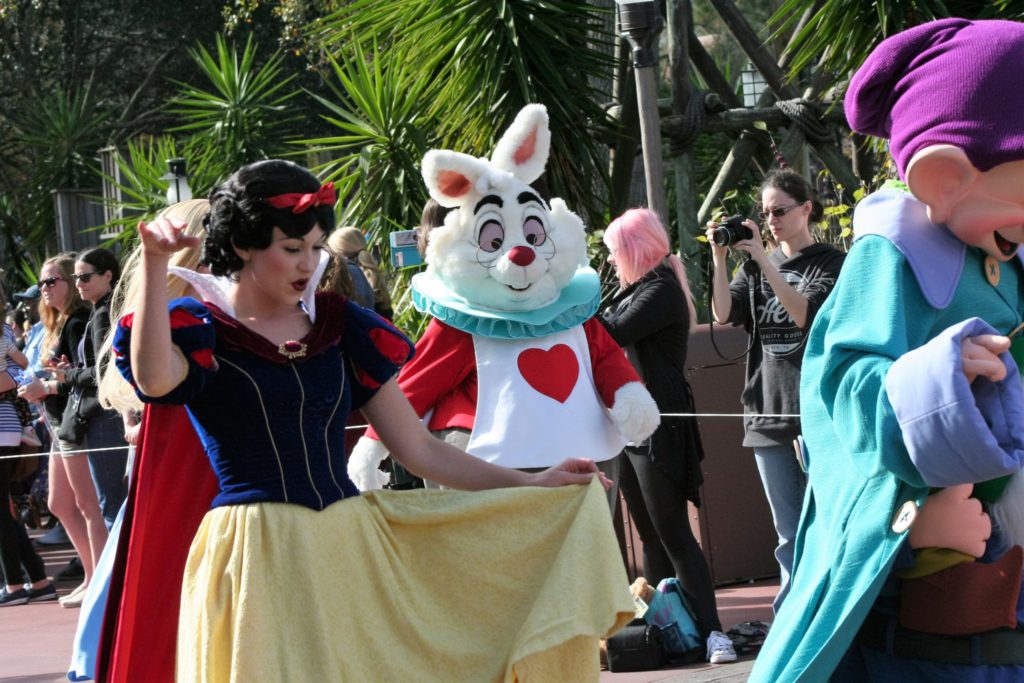 Where to see her:

If you’d just like to get a glimpse of Snow White, these are places where she appears as a real life character. 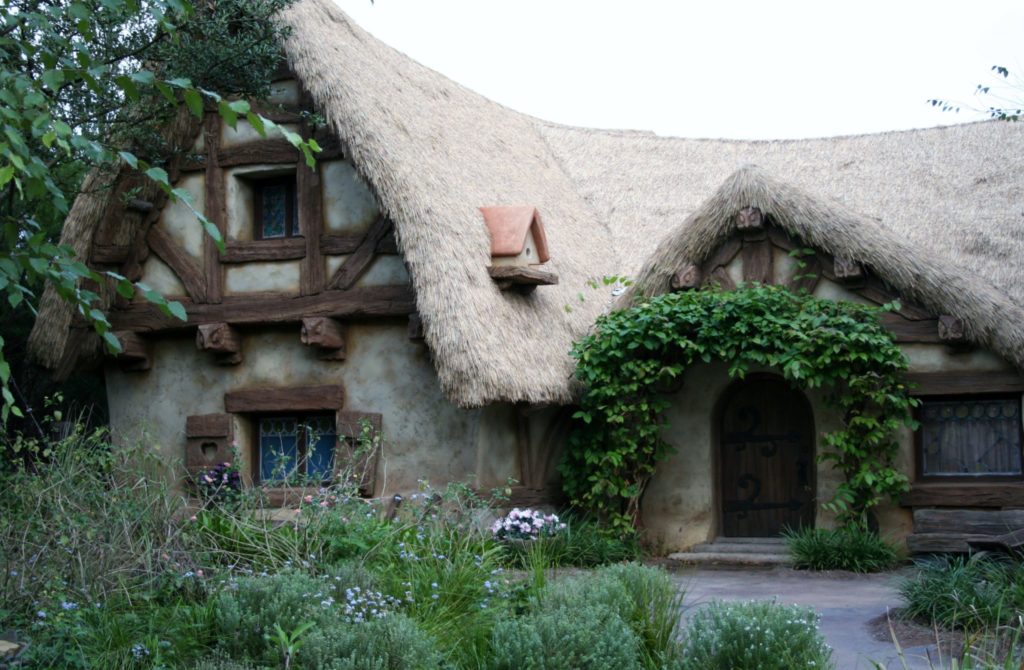 Have you met Snow White? Is she a character you look forward to meeting?