You are here: Home / Disney World / Bucket List: Meet all of the Disney Princesses 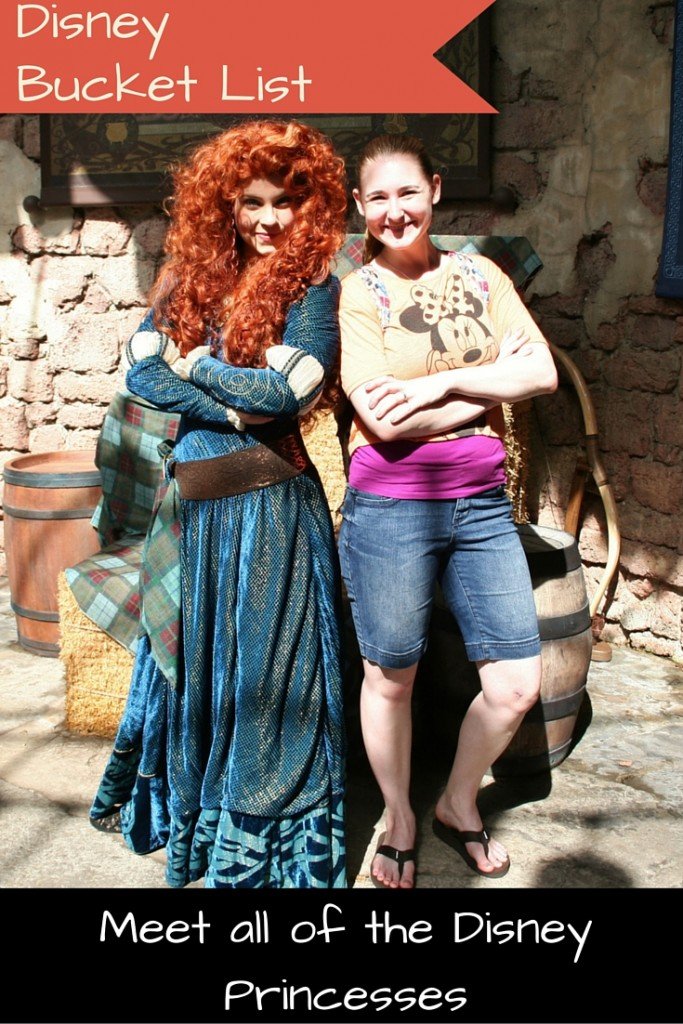 It doesn’t matter how old I get, I still love doing character meet and greets while at Walt Disney World.  And I definitely have a soft spot in my heart for the princesses!  When I started meeting them I just wanted to get Belle, my favorite.  When Tiana came out she quickly became another favorite and I wanted to meet her too, but I could never find her in the parks! In the meantime I had met a bunch of the other princesses and was only missing a few, so I figured I should make it a goal to find them all!  And on my last Disney trip, I finally accomplished that goal 🙂

Cinderella – also met her at Cinderella’s Table and Akershus.

Aurora – another classic Princess found at Akershus and Cindy’s Table.

Ariel – you can see her with her fin now in Ariel’s Grotto! I’ve also met her in her dress at Cinderella’s Table and Akershus.

Belle – my favorite! I have met her the most times. This is at Enchanted Tales with Belle, but also at Akershus, Cinderella’s Table, and in Epcot’s France.

Jasmine – she hangs out with Aladdin in Adventureland.

Pocahontas – she was hanging out in a random spot in Animal Kingdom!

Mulan – she was the last one I needed to complete this bucket list item. I met her in Epcot in China.

Tiana – I finally found her in Liberty Square! My favorite princess after Belle.

Rapunzel – she does meet and greets sometimes in Town Square – this was during Valentine’s Week!

I could wait in line to meet Merida without anyone complaining!

I was finally able to meet Anna and Elsa by grabbing a FP+!

I was finally able to meet Anna and Elsa by grabbing a FP+!

And that’s it – for now!  Disney currently has 11 “official” princesses, but if they make more princess movies in the future I’ll have to meet them too!  Technically Anna and Elsa have not been made official princesses by Disney, but I’m sure it will happen soon.

How many of the princesses have you met?

Check out the other items on my Disney bucket list here: