You are here: Home / At Home / Barbecue chicken flatbread recipe from Jiko 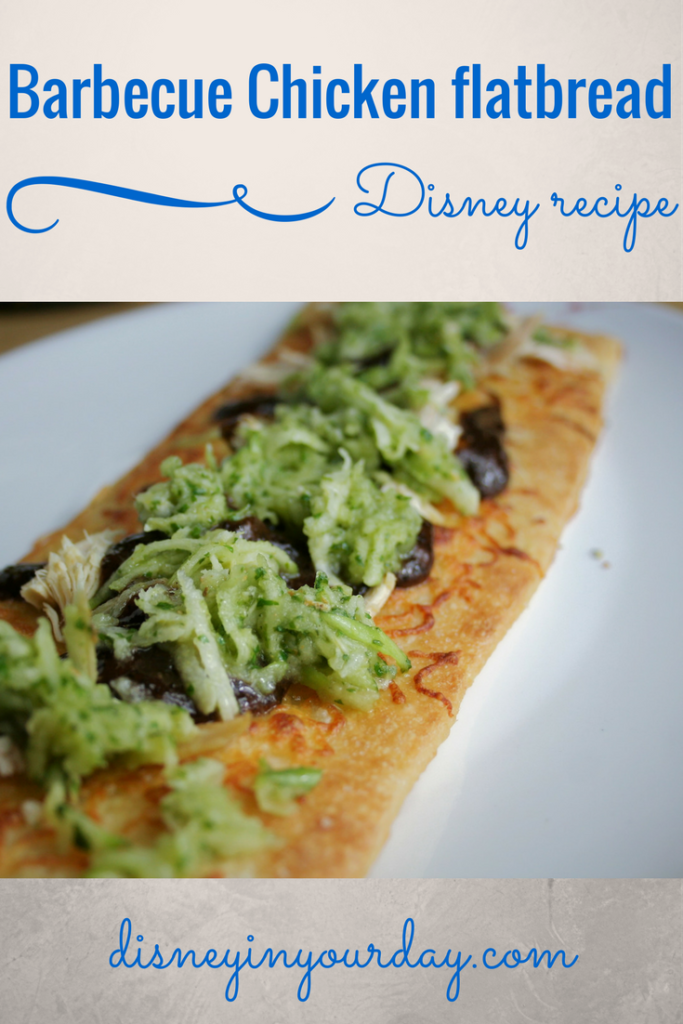 There are tons of great places to eat in Disney World, but some of my absolute favorites are in the Animal Kingdom area.  I love the African and Indian inspired flavors, and you can’t be the Animal Kingdom Lodge restaurants.  Between Sanaa, Boma, and Jiko you really can’t go wrong.

So when I came across the recipe for the barbecue chicken flatbread from Jiko, I knew I wanted to try it at home!  The official recipe is a little more complicated than what I did (they have you make the dough from scratch and I bought store-bought) but it still turned out really yummy!  This flatbread is no longer on the menu at Jiko, so if you want to enjoy it making it at home is the only way!

It looks like a lot of ingredients and a bit complicated, but it’s actually not too bad once you get going!  A lot f it is just combining different spices, etc.  Also, I found this to be a pretty spicy dish for me – you might consider using less jalapeno if you feel the same way. 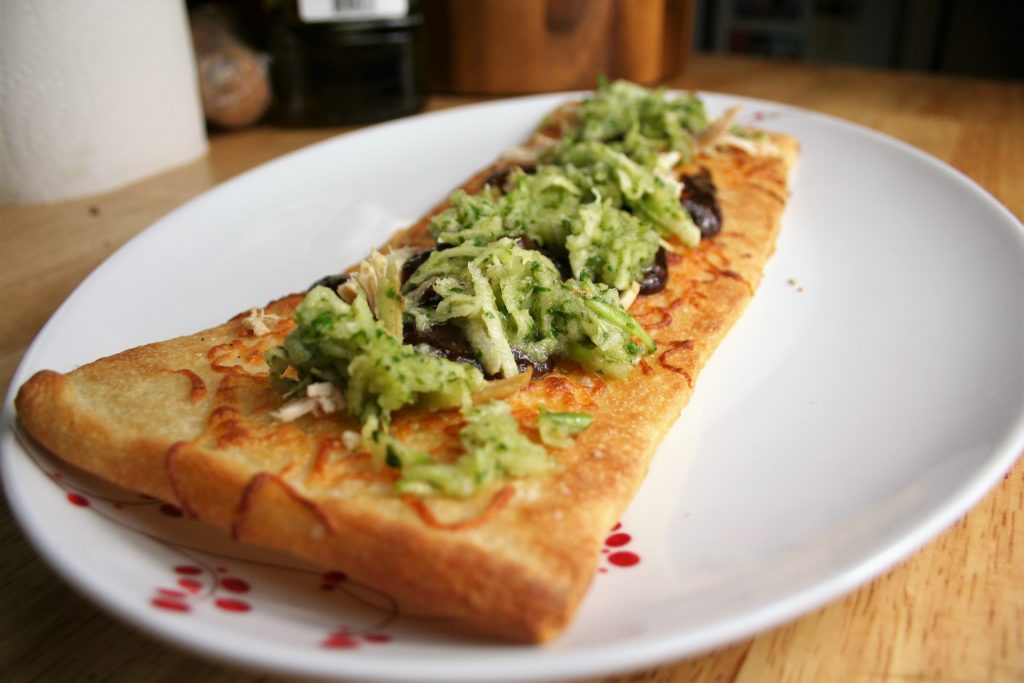 For the Kenyan coffee barbecue sauce:

For the cilantro-green chili pesto:

For the green apple-jicama slaw:

For the barbecue chicken flatbread: 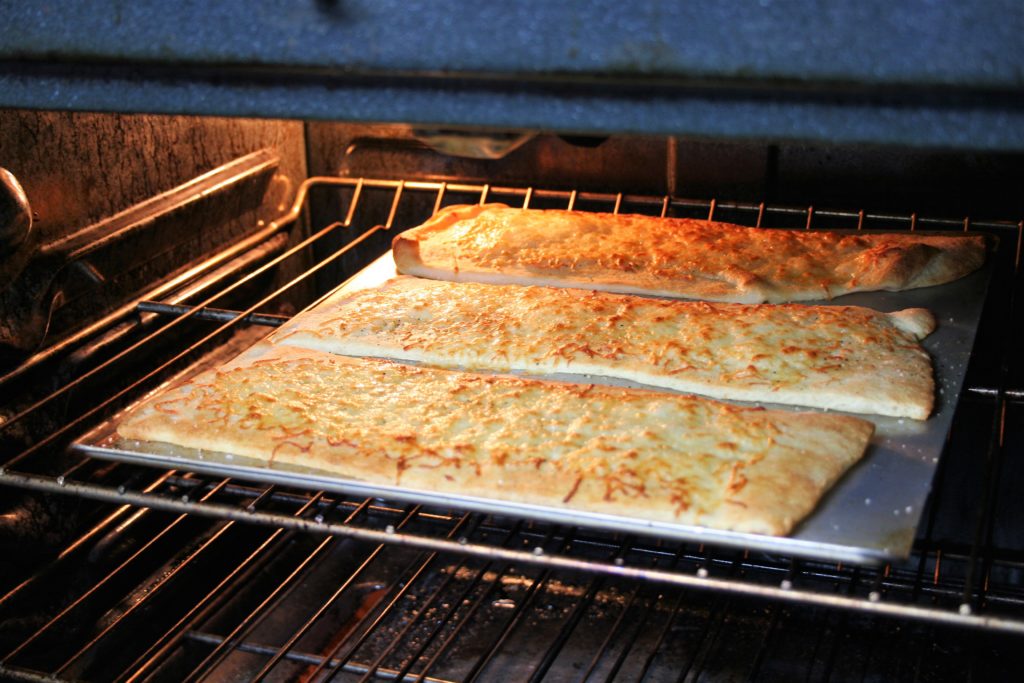 For Kenyan coffee barbecue sauce:  Place all ingredients in blender and puree until smooth.  Set aside.

For cilantro-green chili pesto:  Place all ingredients in food processor and process until smooth.  Set aside.

For green apple-jicama slaw:  Toss grated apple and jicama with cilantro-green chili pesto in a medium bowl.  Set aside.

To make the flatbread: 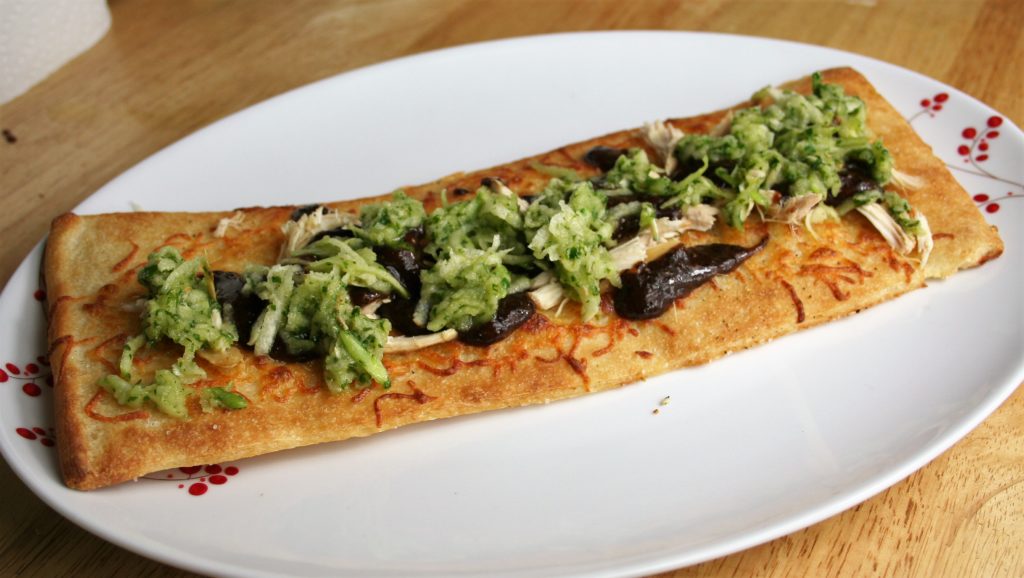 Does this unusual flatbread sound appealing to you?  What’s your favorite Disney meal to make at home?